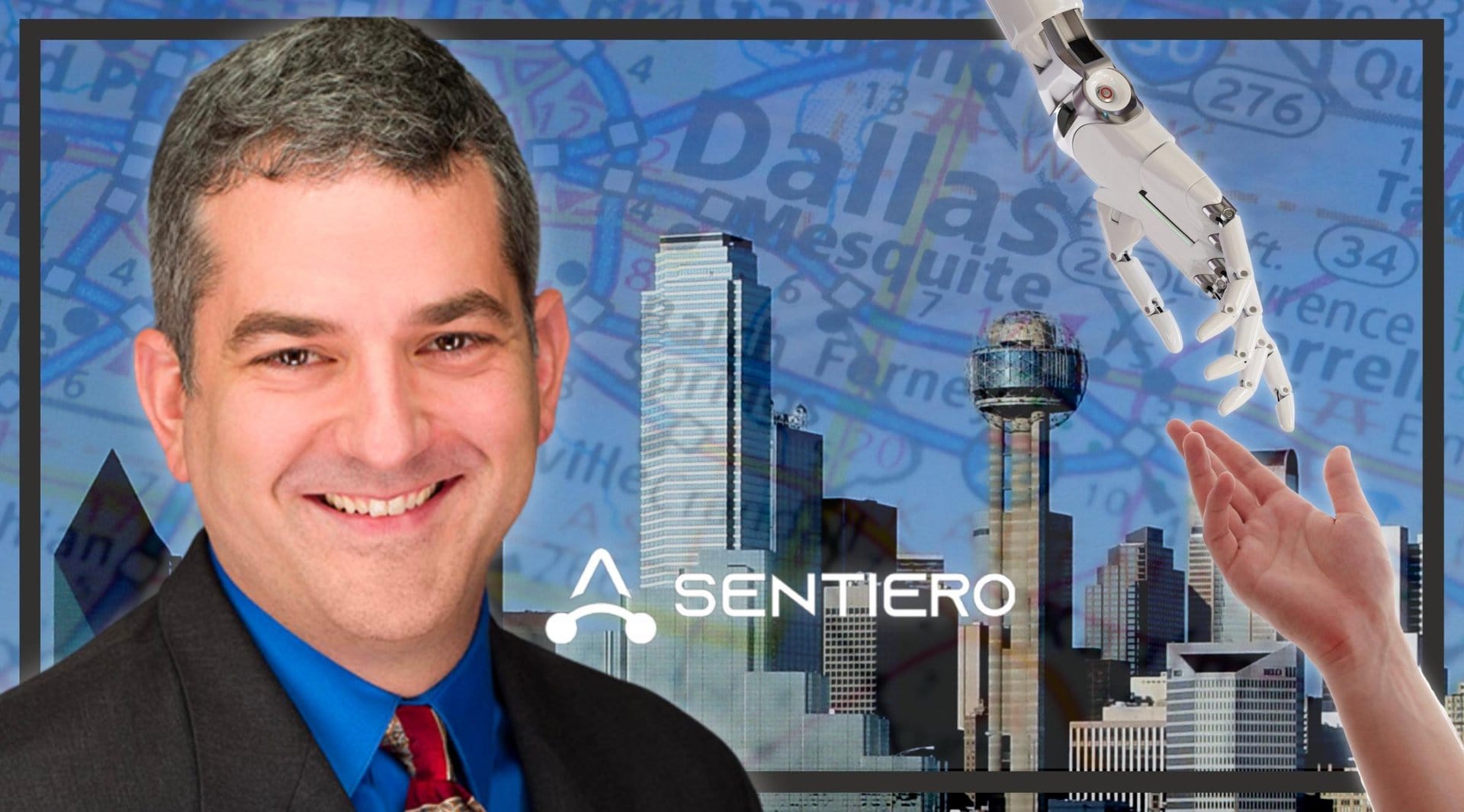 Investment into Artificial Intelligence, or AI, reached $327.5 billion in 2021. In fact, the most valued AI unicorn in the world is TikTok’s owner, ByteDance. Another rising star is Texas with record numbers of companies moving their headquarters to the state, as well as major growth of startups, and the capital looking to fund them.

Before you get carried away with all the ‘hype’, the AI StartUp community has been facing the same challenges as the rest of the StartUp landscape. Namely a drop in VC funding, to the tune of 27,8% quarter-over-quarter in Q2 of 2022. What has changed? The drive for sustainability for instance. The drive for revenues over user growth.

#DisruptionBanking reached out to David Evans, Founder and Managing Partner of Sentiero Ventures based out of Dallas to find out more. Sentiero Ventures invests in seed-stage software companies that utilize AI as a key element of their solution. The fund invests in verticals including financial services, business services, and many more.

The first question we raised with David was how in last year’s Forbes 50 most promising AI companies to watch story, StartUps from the East and West Coast of the U.S. dominated the list. By the way, this year the story remains the same.

David countered by explaining how Covid accelerated everything. The pandemic also made a lot of venture capital funds “geo agnostic”.

One of the companies that Sentiero supported in the past was Arcade, based out of Plano, near Dallas. Another was MediBookr, from Dallas. Other investments include companies out of Houston and Austin in Texas, and some from California, as well as a few from Canada. And it was specifically these Canadian StartUps that David used as an example as to how things have changed. If it wasn’t for Covid, Sentiero would have been unlikely to invest in companies based out of Canada, he explained.

David works with 25 investor advisors at Sentiero; he shared how they were all successful entrepreneurs prior to joining Sentiero. David explained how they were “entrepreneurs first over investors.” More importantly, they have always looked for companies that have pragmatic strategies and a focus on revenues.

Continuing the discussions, David shared how Sentiero operated a little like a European VC in that the partners “truly view capital as an accelerant.” David continued by explaining how “we are not looking for speculative markets. We’re looking for founders that have a strategy that we can accelerate with our capital.”

“When you couple revenue with velocity then you should have more stable valuations over time.

“What we are looking for is velocity. Velocity of growth coupled with revenue,” David explained. “When you couple revenue with velocity then you should have more stable valuations over time. This is our preferred approach as opposed to purely looking at whether we can capture this market or create this market.”

When you are based in North Texas there is almost no way to escape the shadow cast by some of the innovations being driven by the Dallas Cowboys. Lauded as the most valuable sports franchise in the world, the NFL sports team have long been linked with AI and data initiatives.

David pointed at how the city is home to a thriving MeetUp group (Dallas AI). The group is organized by Aamer Charania and Babar Bhatti, who have run it since 2017. Today there are over 3,800 members. The best thing about the group is how it isn’t affiliated to any of the big Tech firms, David explained. How it is for AI practitioners who call North Texas home, and not for any specific company to point to as their success.

When it comes to identifying companies, David is involved in other initiatives too. He is very active at the Institute for Innovation and Entrepreneurship at UT Dallas; he works with the Southern Methodist University in Dallas. And he also works with the University of Connecticut where he graduated from.

“We don’t have any single source of deal flow at Sentiero,” David explained. “Our team get referrals from our partner companies, from the media, from our advisors and our personal networks. We work with a lot of the accelerators here in Texas too. So, we see deals flow from lots of different places.”

The business of Artificial Intelligence

It’s easy to focus on media stories about how big Tech and the Dallas Cowboys use AI to drive innovation. However, David pointed out how the ‘less sexy’ areas of AI innovation rarely get the press they deserve.

For David, the most exciting part of AI tends to be the most mundane areas of business. “Eliminating repetitive work and repetitive tasks from somebody’s day,” he elaborated. David pointed to one of Sentiero’s portfolio companies, Notably, where they work with product researchers. These product researchers collect lots and lots of unstructured data like interviews, surveys, and other things. They collect all this data and then they organize it, David explained. “Organizing all that information doesn’t require human intelligence. That’s what machines are good at. Things like sorting. The Notably platform helps sort all the collected data. So, the researcher can spend more time focused on extracting insights and turning data into information.”

“Rather than doing basic organisation, which is better left to a machine, researchers can focus on proper research.” David concluded. “This is what we get really excited about. Because you get the best of both worlds. The best of artificial intelligence and the best of human intelligence, and you’re doing it in a way that doesn’t require lots of incremental resources or labour.”

David believes that Dallas is an excellent place to foster these connections. Be they connections to one of the 140+ corporate giants located in the metropolis, or to anybody else who might represent the technology ecosystem. Part of the reason that David is so bullish on North Texas is that when it comes to the existing ecosystem you have some of the biggest players in the market. These stakeholders represent players in the financial services, automotive, technology, healthcare, sports and many more. It’s a very rich and mature ecosystem. Which makes David’s job that much more fulfilling and that much more rewarding than other places in the U.S.

Perhaps it’s time for you to consider the unique marketplace that the Dallas-Fort Worth metropolis and wider area represents? Artificial Intelligence is just one of the opportunities that you can tap into.