Who are the original pioneers of the stablecoin? 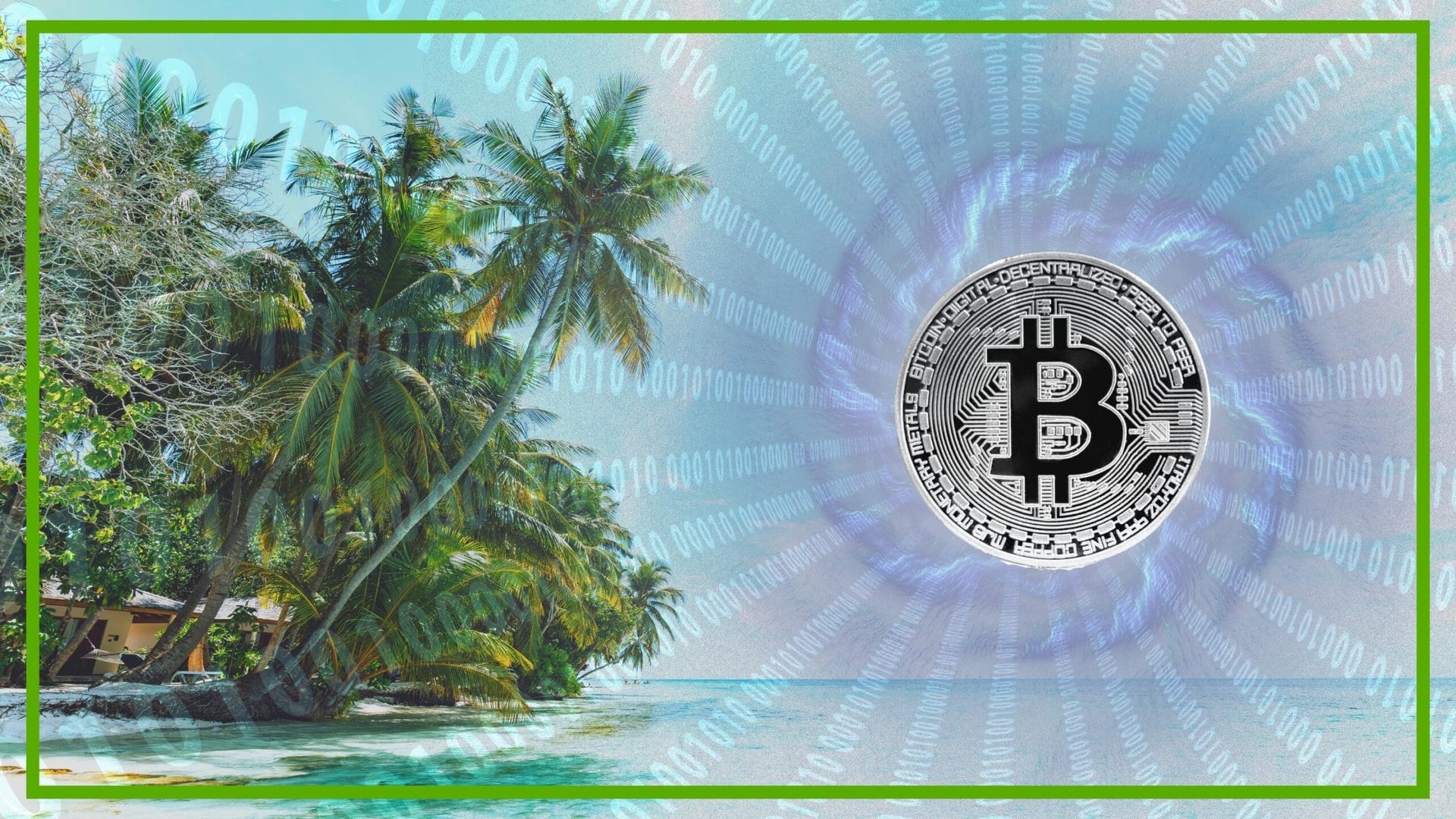 It was a long time ago when the euro was first implemented as a currency for select members of the European Union. The euro offered a chance for a new currency to take on the dollar, while strengthening the common market within the EU. It should then come as no surprise that Europe’s experiment would have some after-effects. But perhaps nobody could have predicted that a stablecoin would offer a use-case like the euro concept. A stablecoin that was first pioneered in the Bahamas.

Since the release of the “Sand Dollar” in late 2020 in the Bahamas, there has been a lot of debate about whether the project will succeed. One of the big concerns, raised by the IMF, is about cybersecurity challenges. In the meantime, there are other stablecoins out there too. Some of them are pegged against other cryptocurrencies like Bitcoin or Ethereum. And others that are pegged against gold, or a fiat currency.

But the pioneers of the stablecoin also uncovered other, positive use-cases. One of them being the news about how the Sand Dollar even works with facial recognition.

What the Sand Dollar means for the Caribbean

It’s been quite a long time since the Sand Dollar was first used successfully. Since then, central banks across the world have been exploring digital currency options within their own jurisdictions. Some have adopted Bitcoin, like El Salvador and the Central African Republic. Others have chosen to use stablecoins. But stablecoins are a complex thing. As we have reported many times here at DisruptionBanking.

As mentioned above, there are several different types of stablecoins. Recently Terra USD collapsed as a stablecoin. The Terra stablecoin was an algorithmic stablecoin. Terra may be ‘decentralised’ in nature, but ultimately there was no underlying asset guaranteeing its value.

The Sand Dollar is centralised, as opposed to many of the cryptocurrencies that our readers will be familiar with. It is backed by the foreign reserves of the Bahamas central bank. This means that it should work better than the experiments undertaken by El Salvador or the Central African Republic.

The next big thing – the Caribcoin

There have been a few teething problems with the Sand Dollar since its inception. However, all in all, the experiment seems to have worked. Many observers across the world have been monitoring how the work of the stablecoin pioneers has been going.

Just this May a big debate took place about a possible Caribcoin or CaribDollar.

The discussion brought some distinguished speakers to the table. One of them was Dr. Jan Schröder, who explained the new world of cryptocurrencies and stablecoins from a conceptual perspective.

Jan explained to the audience how algorithmic, trust and private stablecoins operate using different countries as examples. He pointed to how the need for a type of currency for the Caribbean was clear. However, the dollar doesn’t need to continue to be the only foreign currency dominating the economies inter-country.

What opportunities does a stablecoin offer the Caribbean?

Other experts such as Sharmyn Powell, Chair of Fintech Group of the Eastern Caribbean Central Bank, Marla Dukharan, Caribbean Economist, and Vashti Maharaj, Commonwealth Secretariat for Digital Transformation, took part in the discussion. Highlighting the economic and social opportunities for various stakeholders, in particular the everyday person.

Dcash, also known as the caribcoin was launched last year to enable citizens to participate in transactions such as online payments and other forms of digital payments. While the stablecoin is currently used mostly for small businesses and individuals, there is scope for government backing and wider societal backing. It works to allow individuals to transfer money across to different nations and islands, such as Jamaica to Dominica within seconds, which to some people’s surprise was impossible before. A regular trip to the bank with a wait of five days to receive funds was the way.

Caribbean Islands such as Jamaica, Dominica and Antigua & Barbuda are known to “partner” or have “Susu” savings, hiding cash underneath the bed and making regular journeys to a physical bank. So how exactly will the digital currency affect change for Caribbean nationals? The thriving businesses that are taken for granted like buying bread from the roadside to buying crates of seafood at the port – will they buy into the Caribcoin?

That’s why this discussion was so important. Digital transformation and digital trade, in addition to regulatory issues around digital currencies, were at the centre of the conversation. It allowed stakeholders and partners to see the potential of the Caribcoin from all angles.

Why the Caribbean need a better solution

Sharmyn Powell spoke on the benefits of having such a system in place which, at the top of the list, is to create financial inclusion across the islands. Making it easier to make and receive payments, instead of the daily trips to a physical bank. It also means that individuals and small business can manage and track their finances more efficiently.

While in the grand scheme of finance, this may seem quite miniscule, the Caribbean has faced financial restrictions for decades. Excluding the Cayman Islands and Bahamas which are known to be advanced with their financial infrastructure.

The objective of the newly formed digital currency is to see small businesses flourish. As they are exposed to bigger markets, new and innovative tools, overcoming barriers and enabling growth.

However, with this comes risks and challenges. Caribbean Economist, Marla Dukharan, touched on the risks that come with this platform. Those being regulatory issues surrounding privacy, culture, and bureaucracy.

As digital currencies have become more popular and continue to gain in notoriety. Regulation tends to be some steps behind. ECCB’s aims are to review the payment system legislation to ensure they are conducive to enable an environment for Fintech start-ups. As there are risks that come with this, the ECCB recognise a balance needs to be met. To ensure safety for those citizens who want to invest or use these instruments.The reviews will also need to expand into the technology infrastructure, as it also highlights the issues around cyber security and privacy.

Rightly so, citizens are concerned around their privacy when it comes to digital currency. Questions around who will be able to have access to their transactions have been touched on by experts. Although the ECCB delivered reassurance by suggesting it will support the relationship between the issuer and the individual. The risks that come with technology amongst others, include cyber-attacks. Attacks which can leave the everyday person exposed to many differing outcomes. Some of them more serious than others.

As mentioned earlier, Caribbean’s are known for their partner and Susus. For those who may not have a clue… a group of friends come together and take turns in being “the bank.” They all put money into the “Susu pot,” and once they’ve reached the agreed target, they each take it in turns to use the money. This was a popular way for saving deposits for homes during the Windrush era in the UK. So, what will happen to this? What happens to those who simply enjoy the safety of physically having their money to hand?

The financial experts are not oblivious that with the implementation of digital currency, comes cultural change. Jan shared how the business plan for the Caribcoin will set aside how cultural change will take place in addition to the predicted costs. While other experts believe that the government could have a huge role in this. And will need to back this movement.

Should other countries be embracing the work of the pioneers?

Stablecoins are already forming part of the discussions when it comes to the Chinese digital Yuan. Many people are anxious about privacy issues when it comes to stable coins. Especially in countries like China.

But in other jurisdictions one can seriously see a use case. Perhaps not in the UK where Matt Hancock MP recently explained to Disruption Banking why he doesn’t necessarily see a need for a stablecoin like the “Britcoin“ when it comes to the UK.

However, countries like Brazil area already far down the path of trialling stable coins. The recent BRZ Token for instance.

Stablecoins are the future if they are Stable

Regulators globally must work together to ensure that consumers are protected from volatility.

Digital literacy and internet access are only some of the issues the Caribbean regions face. This will be no easy challenge and in the long-term, will need the assistance of the government to ensure access across the nations, reaching a vast amount of people. Ultimately, it will come down to costs and regulation updates to make the people feel confident to take that next step.