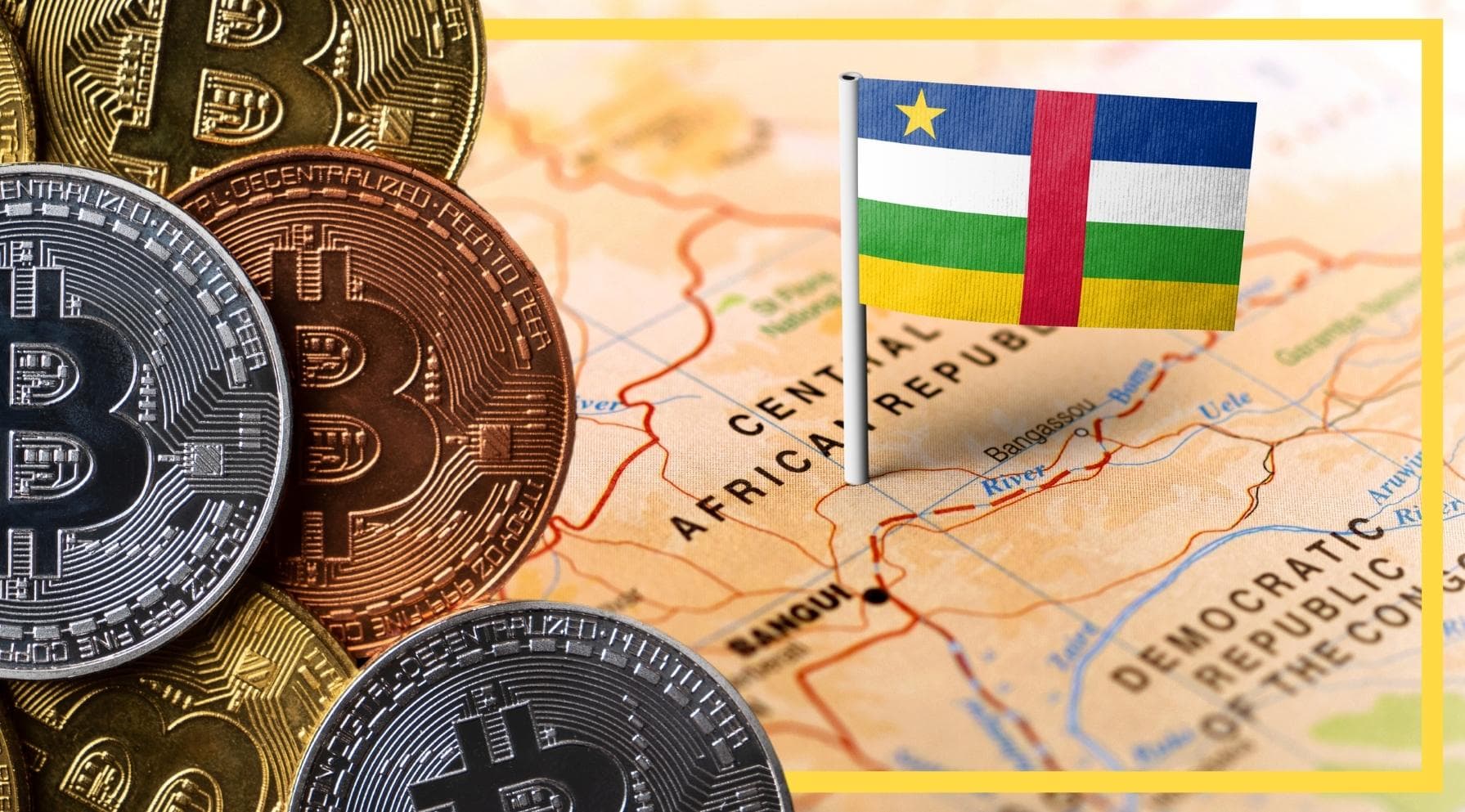 The move by the Central African Republic (CAR) to adopt Bitcoin as legal tender has left experts pointing to financial criminals as the likely winners.

The country’s president Faustin-Archange Touadéra enacted the legislation in April. The decision means that the CAR follows the path set by El Salvador, which became the world’s first country to adopt Bitcoin in 2021.

The CAR is one of the world’s poorest and least-developed countries. Though it has timber and diamond resources, transportation and electrical infrastructure are very limited. About 71% of the population of 5.4 million were below the international poverty line in 2020, according to the World Bank. Only one in 10 people has access to the Internet, and one in six to electricity.

That raises the question of who exactly will benefit from the use of Bitcoin – and whether the real reasons for its introduction are in fact political. The move is “intended to provoke and challenge international financial institutions like the IMF and the World Bank that recently have been conditioning funding on improved governance and accountability,” says Nathalia Dukhan of Washington-based investigative and policy organisation The Sentry.

“The broader population and small entrepreneurs could pay a high price for this policy as the country’s economic and social system so heavily depend on foreign aid,” she says.

The CAR has been trapped in cycles of violence for the last 40 years. The World Bank points to a lack of social cohesion at all levels of society, the concentration of political power in the hands of a small elite, the capture and mismanagement of natural resources by that elite, and the persistent insecurity caused by regional conflicts.

The country was plunged into chaos in 2013 when President François Bozizé was overthrown by Muslim militias. France led a military intervention, and a UN peacekeeping force of over 12,000 was installed to protect civilians. Much of the country outside the capital of Bangui remains contested.

Insecurity has opened the door to predatory external actors. In research for The Sentry in December 2020, Dukhan wrote that the CAR had become “a breeding ground for transnational criminal networks” involved in the trafficking of natural resources, drugs, weapons and diplomatic passports.

The country’s “predatory” state apparatus, Dukhan wrote, “benefits the president’s close entourage and foreign allies to the detriment of the wider population and its critical human development needs. In encouraging sectarian conflict and rampant corruption, the regime has exacerbated the crisis.”

Dukhan hasn’t changed her assessment since. The CAR is “a haven for an array of unscrupulous businessmen who have been exploiting a country ravaged by war and corruption as a platform for financial frauds,” she says.

International remittances to sub-Saharan Africa are among the costliest in the world, and Bitcoin adoption could help reduce fees and lift inflows, says Rahul Shah, head of financial equity research at Tellimer in the United Arab Emirates. But electronic infrastructure, such as smartphones and internet access, and financial infrastructure in the form of regulation and oversight, needs to be in place to capture this benefit, Shah says.

Countries such as Kazakhstan have found themselves struggling to meet the high energy requirements for crypto-currency mining. “The reality is that this might actually put a strain on CAR’s energy supply and, given the volatile nature of crypto-assets, value could be wiped out very quickly,” says Denisse Rudich, senior advisor at The Sentry.

The population is less able than most to withstand volatility in the value of speculative crypto assets. The decision to adopt Bitcoin “threatens financial stability and macroeconomic fundamentals in the long run,” says Ganesh Viswanath-Natraj, assistant professor at University of Warwick’s business school. The channels include higher risk premia on government bonds, increased fluctuations in household savings and company revenues, and inflation risk if goods and services are priced in Bitcoin, he says.

The collapse of the Terra USD “stablecoin” this month, which dragged down cryptocurrencies as a whole, underlines “the inherent fragility of cryptocurrencies and the need for regulation of stablecoins to be fully collateralised at all times,” Viswanath-Natraj says.

Average life expectancy in the CAR is 53, and education levels are among the lowest on the planet. The UN Human Development Index rates the CAR as 188 out of 189 countries in the world in 2020. As of January 2021, 630,000 people were internally displaced in the CAR, while 632,000 CAR refugees were sheltering in neighbouring countries. More than half of the population were estimated to need humanitarian assistance last year. The IMF said in April that food and fuel price shocks have led to a “sharp deterioration in terms of trade” in the CAR, which will exacerbate existing vulnerabilities.

In that context, the Bitcoin decision is “very strange,” says Ousmène Jacques Mandeng, senior Blockchain advisor at Accenture in London. Remittance payments to the CAR might become easier, but given the country’s low Internet penetration rate, it’s “questionable” how widely Bitcoin will be used. “I’m struggling to see the rationale.”

The move will make life difficult for merchants who don’t have the technology to accept crypto, Mandeng says. The fact that Bitcoin is now legal tender is “a political statement more than anything else,” he says. “You don’t need legal tender status to advance adoption.”

Mandeng is confident that the population will be savvy enough to avoid taking unreasonable risks. Levels of financial education are higher in poor countries than Westerners might imagine, and people are able to evaluate the risks of using Bitcoin, Mandeng argues. He points to low levels of Bitcoin usage in El Salvador as evidence that the dangers of losing everything are understood.

The CAR already uses a foreign currency in the shape of the CFA franc, set up in 1945 ostensibly to cushion France’s colonies from the effects of franc devaluation. Critics argue that since independence, the CFA Franc has allowed France to exploit its former empire.

The CAR became independent in 1960. To some extent, the Bitcoin move reflects regional disquiet over the use of the CFA franc, with its “colonial overtones,” says Shah at Tellimer. The eurozone already sets the CAR’s monetary policy via the CFA franc, so “legalising bitcoin does not involve much loss of sovereignty.”

Some point to the potential of Bitcoin to weaken the influence of the CFA franc in the CAR. Dukhan has no doubt that the stakes are political. Ending the CFA franc is “a core part of Russia’s agenda to undermine Western interests in CAR and expand its influence in Africa,” she says.

Corruption in the CAR has worsened as Vladimir Putin’s “shadow army,” the Wagner Group, has tightened its grip over CAR’s sovereignty with the complicity of President Touadéra, Dukhan says. Wagner, an unofficial private security company, has operated in Libya, Mozambique and Mali as well as the CAR in recent years. According to the Centre for Strategic & International Studies, the group has been responsible for gross human rights violations in the CAR. Human Rights Watch says that there may be 2,000 Wagner mercenaries in the country.

Since Bitcoin transactions are anonymous, they could be used for financial crime, and in extremis, this could lead to blacklisting of the country by regulated financial institutions, says Shah at Tellimer. “This risk is exacerbated by CAR’s commodities-driven economy, which is susceptible to corruption. And in the current environment, the presence of Russian-backed mercenaries in the country is also a red flag.” According to Dukhan, Bitcoin is being used as a tool by criminals. The only winners will be Touadéra and operations such as Wagner which believe cryptocurrency can “hide their illicit financial transactions,” she says. 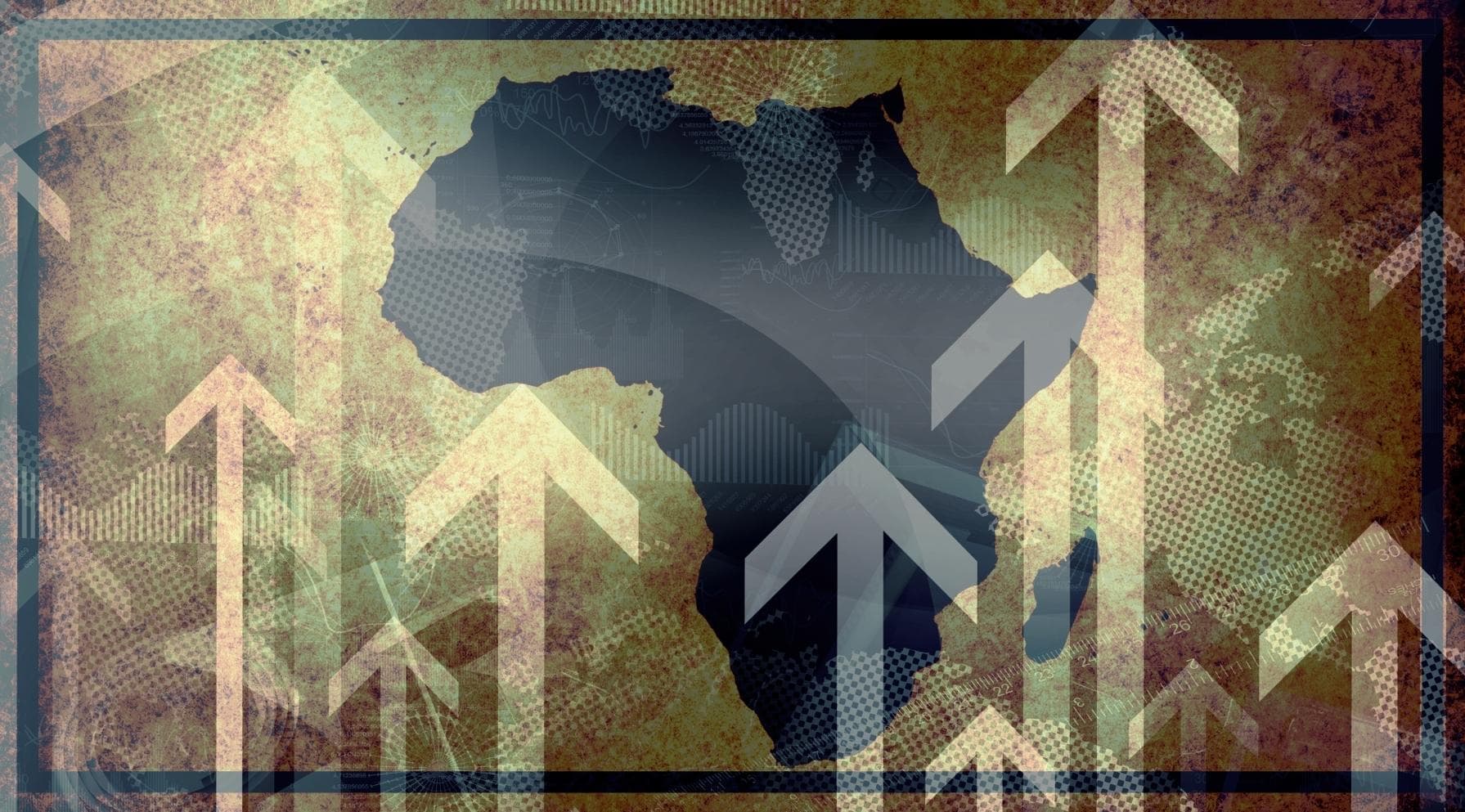 How to supercharge Africa’s fintech scene 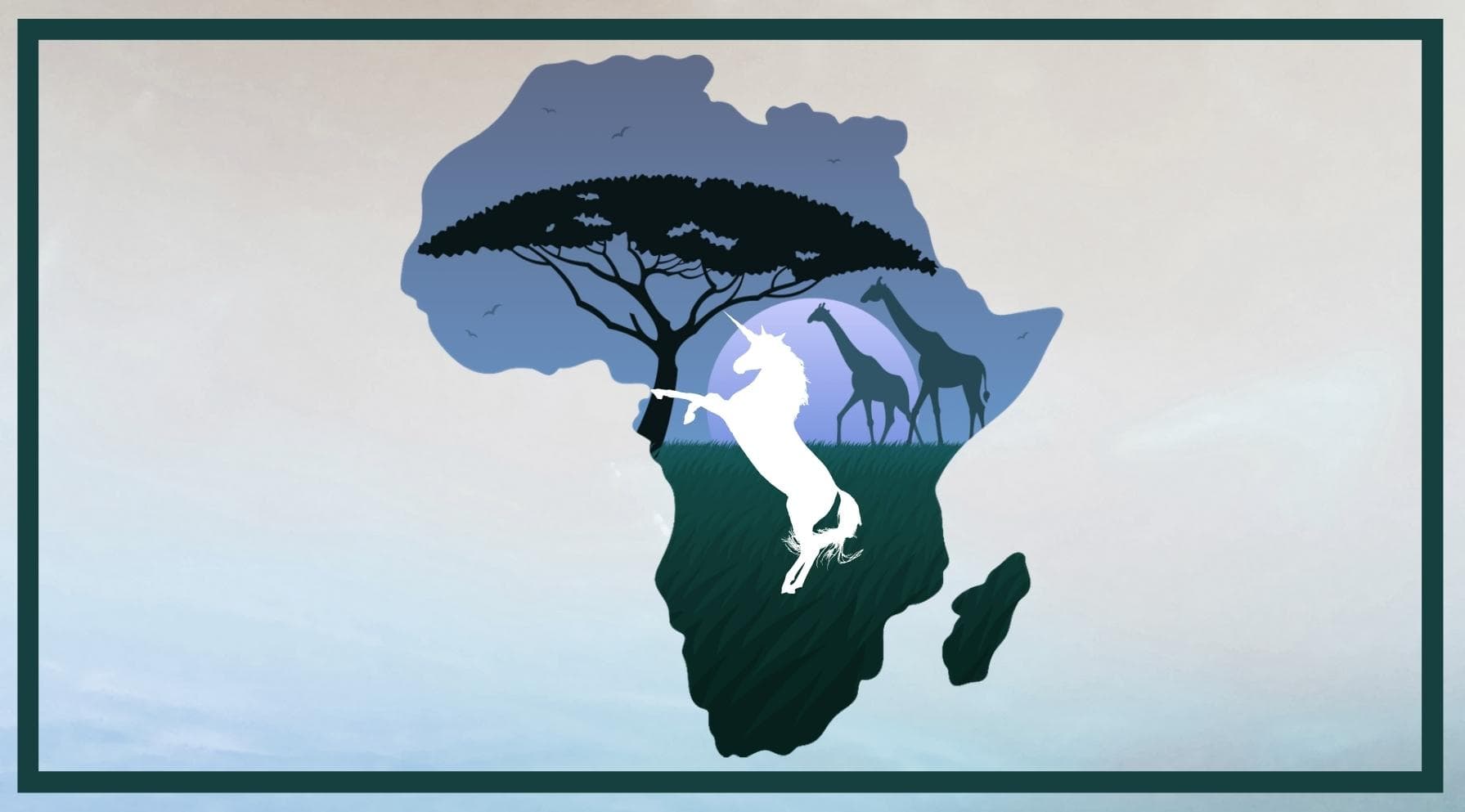 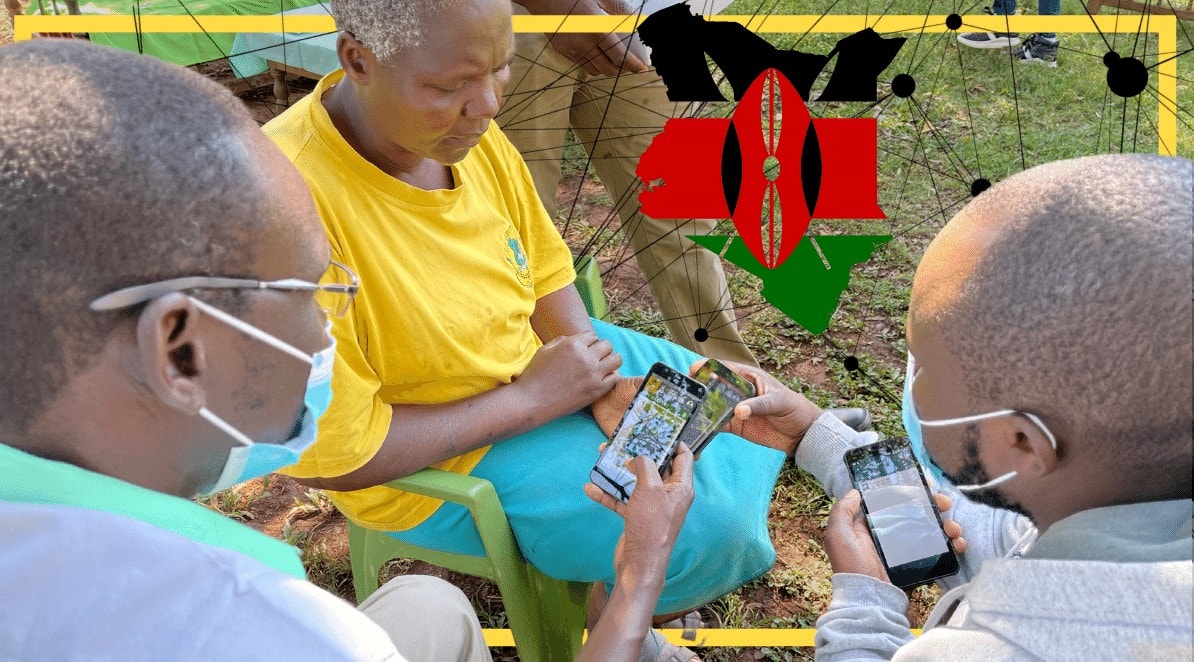