How can the UK government regain the trust of markets? 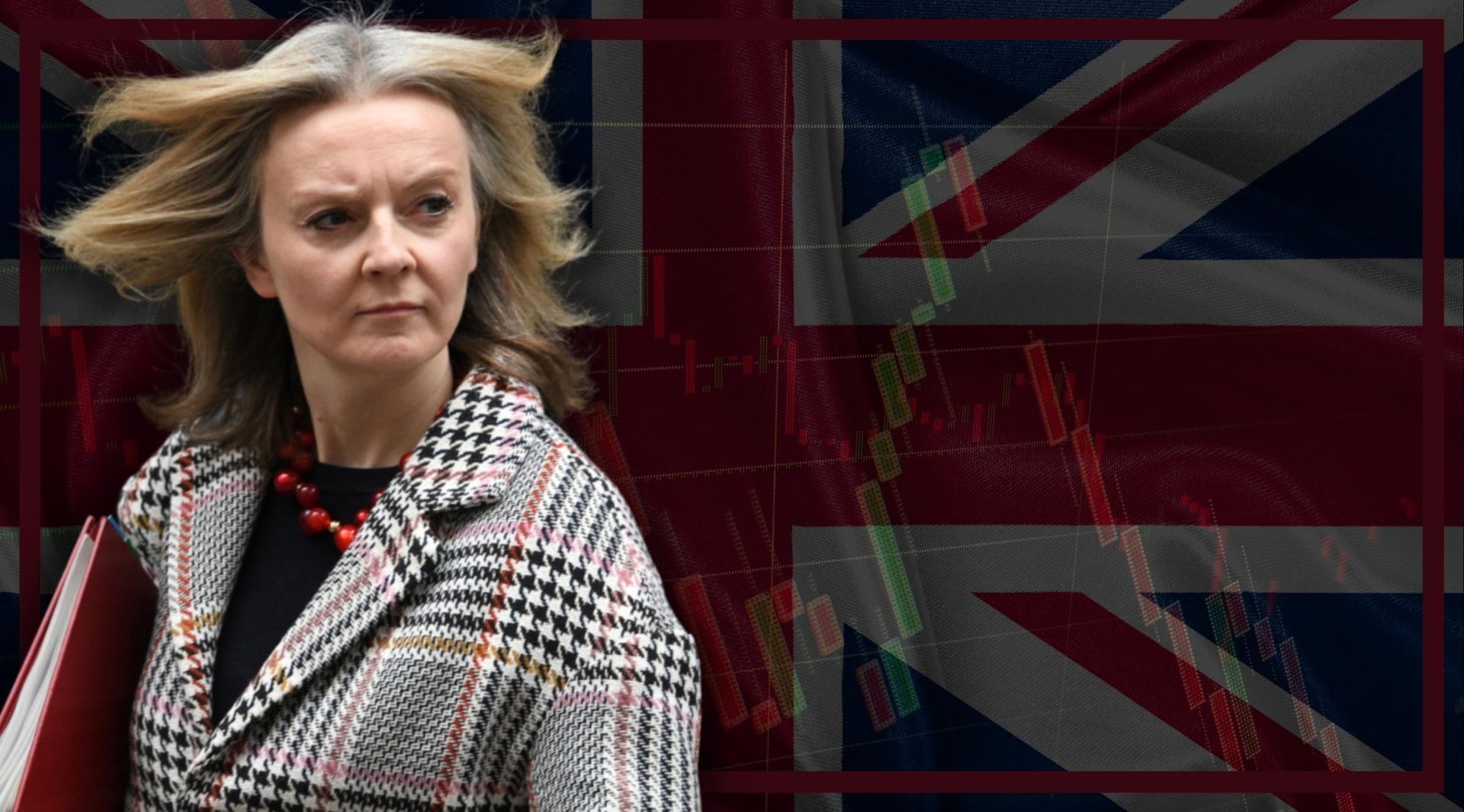 When Turkish President, Recep Tayyip Erdogan, saw headline inflation approaching 20%, he sacked the Governor of the Central Bank and slashed interest rates. The British commentariat mocked the economic illiteracy of a despot from a comfortable distance. Now, they are watching an unelected government “playing A-level economics with the country” at home, sending markets into chaos.

Britain may be behaving like a “submerging market,” but that’s where the comparisons end. Downing Street is locked into a game of cat and mouse with Threadneedle Street. The Bank of England will respond to the unfunded tax cuts with higher interest rates than were initially needed, even as each measure in the budget is sent back to gather dust in 55 Tufton Street, the home of the libertarian thinktank from whence it came.

Crucially, the independent central bank has been forced into a change of direction on quantitative tightening. This was after Defined Benefit pension funds were subjected to margin calls, estimated to be at least £320 billion, on interest rate swaps due to the sharp rise in gilt yields after the mini budget.

It initially promised up to £65 billion to control the gilt market, with around £19 billion being spent. “You’ve got three days left now. You’ve got to get this done,” Andrew Bailey warned the funds late on Tuesday. The yield on the 10-year gilts (bonds) went from above 5% on the day of the mini budget to 3.997%, when Kwasi Kwarteng was sacked, to 4.388% as Jeremy Hunt was drafted in to steady the ship. Yet it seems at this defining moment of evaporating credibility, neither tax cuts, tax rises, nor public service cuts can placate the beast of the markets. And with the Bank of England’s toolkit limited, and its wiggle-room on interest rates constrained by its 2% inflation mandate, fiscal policy remains the key focus of bond and currency traders. This has potentially wider significance because London is the capital of global bond and currency trading.

So, what do markets really want from the Treasury?

You might have heard the word “growth” bandied around in public discourse recently. The term has gained an almost ethereal quality over the past few weeks – and for good reason. While it has been weaponised against proponents of the welfare state and green energy, growth is key. That’s because increasing tax revenues will help the Government pay interest on debt, without having to issue more bonds, thus raising the cost of borrowing. Public sector net debt was £2,427.5 billion at the end of August 2022, or around 96.6% of gross domestic product (GDP), which was an increase of £195.2 billion or 1.9% of GDP compared with August 2021.

The market baulked at the “KamiKwasi” budget because it would increase this debt, without growing the rest of the economy – not to mention without an independent report from the Office for Budget Responsibility. Carl Emmerson, Deputy Director at the Insitute for Fiscal Studies, predicts the interest paid on Government debt will increase to $100 billion over 2023, which is almost twice the OBR prediction from March this year. Under the assumptions of all the initial policies from the mini-budget, it would have returned to $18 billion by 2024. The tax cuts would have cost the Government $43 billion per year.

History shows that markets will provide deference to exceptional events. Excess borrowing for the global financial crash, the Covid-19 pandemic, and the energy price surge after Russia invaded Ukraine, is accepted as necessary. Still, the Government’s two-year Energy Price Cap and business support (£45 billion), with an estimated £100 billion for consumers, represents a colossal addition to Covid borrowing. Some concerns have been raised around the lack of targeting in the measures, while there is no attempt to reduce demand due to the lack of political courage to tell the public to use less energy. Hunt has announced that after April the scheme will become more targeted. Another U-turn on a Windfall Tax on excess profits from renewables generators could raise $4-5 billion, a drop in the ocean which may disincentivise the green transition.

The backdrop of the energy crisis driving inflation creates a Catch-22 for both the government and the Bank of England. With such a weak fiscal outlook, tax rises are clearly needed to restore public finances. Yet the Truss Government’s ideological commitment to low taxes has put the Bank of England in a position where it will have to overshoot its interest rate rises, even as each tax cut is repealed or delayed. You cannot run from reality. Tax cuts that stimulate the demand side could drive inflation further, even if the inflation derives from supply-side issues.

On the other hand, tax rises, such as the planned national insurance rise and the hiking of corporation tax, may deepen the recession, without having much effect on inflation. One outcome often overlooked by analysts, is that corporate profits will inevitably decrease, particularly as the BOE is forced to act hawkishly. For the Government’s finances, however, inflation may counteract the decline in tax revenues as high prices result in more tax revenue. Another less material impact is the abandonment of the IR35 changes for contractors which is burdening HMRC with casework. The reality is that the legal cost of compliance will likely supersede the increased tax revenue as companies eschew contractors.

Arguably the greatest area of concern is the housing market. After the last decade of low interest rates, compounded by quantitative easing that involved purchasing mortgage-backed securities, it is far too hot. Another Stamp Duty cut would have further added fuel to the fire.

Yet even with fixed-rate mortgages making up 74% of total mortgages in 2021, and 96% of newly issued ones, UK Finance estimates that a rise in the Bank Rate of 0.15% will lead to an average increase in repayments by £15.45 per month. For those who are on a standard variable rate, approximately 1.1 million mortgage borrowers – this rise translates to an estimated increase of £9.58 per month on average.

While these numbers may be relatively small for now, this could be an indication of bigger troubles to come. With 300,000 people’s fixed-rate mortgages ending every three months, renegotiations may bring 2008-style repossessions and a drop in value. Yet the underlying force of undersupply may keep prices buoyant.

The dangers of rising rates mean that private landlords will pass on increased costs to renters. This is already in effect in London with rents reaching record highs. The obvious solution is to build more houses, which the Truss-led government wanted to spur on by repealing environmental regulations. This must be done with an intensive review, so as not to build on floodplanes or protected land for biodiversity.

The natural step seems to lead inexorably to Austerity 2.0, but do government departments have any fat left to trim after the coalition government’s last rout? It looks like Jeremy Hunt will cancel the commitment to spend 3% of national income on defence, even as war in Ukraine highlighted its need. The NHS is crumbling under record wait times, undersupply of medicine, worker burnout from the pandemic, and tighter immigration controls. It is politically untouchable, as are pensions. The National Insurance rise, earmarked for healthcare, was abandoned by Kwarteng and remains one of the few measures (alongside getting rid of the cap on ankers’ bonuses) that has been kept. Defence and healthcare are particularly afflicted by the currency weakening, as they purchase much of their supplies in dollars.

Gutting some welfare payments may galvanise the base in the event of an election, but there is little to give. Departments like Education, Transport, and Justice (with its mammoth backlog) simply have nothing to skim.

Even the IMF argued that austerity harms growth and increases inequality, so what are the options for whoever wins an inevitable General Election?

Citi estimates that a best-case scenario would see the UK economy growing 0.8% year on year. That measly rate could be averted, but it won’t be easy. One key area should be securing the energy supply without jeopardising climate goals. Fracking and drilling the North Sea for remaining oil is not the answer. Labour’s policy on creating a renewables public energy company is a start, but this is merely realpolitik after the £4 billion bailout of Bulb. In addition, issuing Green Bonds, following the likes of US, China, and Germany could be an answer. They would be well received by investors with an ESG mandate, to be earmarked for Green Hydrogen projects.

Ben Nabarro, Chief Economist at Citi, argues that the UK’s weakness lies in the lack of investment. Some positive measures have been taken to extend the SEIS and EIS tax breaks for young companies. Yet Sunak’s “Superdeduction” is expiring without having made a dent. It is not that simple – the UK must work holistically to make it an attractive destination once again.

This won’t be easy. But many believe that “green growth” could be one way out of the downturn. As has been demonstrated before, capital markets do not treat all spending equally. Spending that creates long-run productivity growth and helps bring inflation down is not treated in the same way as inflationary, regressive tax cuts. Whatever the answer may be, it’s clear that the UK has been a low growth economy for far too long.