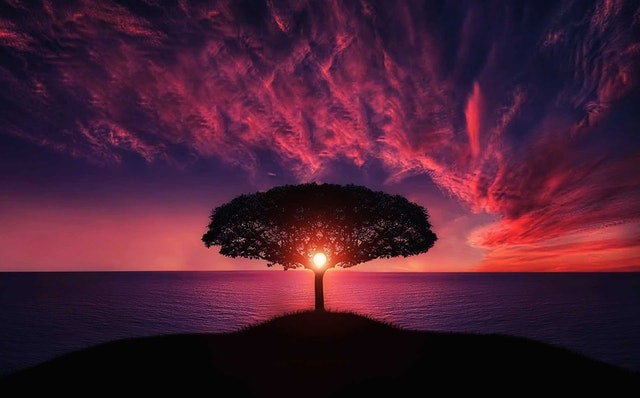 Let’s face it: the 2019 fintech space is packed with companies claiming ownership of cutting-edge tech guaranteed to transform businesses, but seldom are they examples which hold up to their own marketing claims. OakNorth, however, happens to be one which does.

From an idea birthed by founders Rishi Khosla and Joel Perlman in 2015 to a $2.8bn[1] valuation this year, its journey has been a textbook example of how in demand a genuinely innovative proposition is; they had profits to show early on, some of the world’s best executive leadership interested in joining and, most recently,  SoftBank Vision Fund waved its investment wand over their flagship technology, the  OakNorth Analytical Intelligence platform, to the twinkle of $440 mil. OakNorth is the currently the highest value fintech firm and reigning disruptor of the traditional SME lending market…But if you’ve been reading industry headlines anywhere between San Francisco and Jakarta you will have already known that. Here lays the new sobering thought.

OakNorth, which will be four in September, could overtake Lloyds’ lending business by 2020. The 254-year-old institution grew its lending balances to SMEs and mid-market businesses by £3bn in 2018[2], but OakNorth is growing by £1.2bn in the same period, taking a 2% market share in SME lending. And the buck doesn’t stop there. In addition to their commercial lending, OakNorth is challenging the bank’s savings products: their AER of 2.28% on their 2-year bond, for example, is significantly higher than any of the big five, making it the far more attractive  and safer option to investors.

From the bleachers one can hear incumbent hearts racing, the sound of GM speeches on how ‘deep roots promote strong trees’ hitting the wastebasket, and voices wondering how a small time firm engineered a zero to hero growth strategy so efficiently. DisruptionBanking grabs ahold of Valentina Kristensen, Director of Growth & Communications, to hear it from the horse’s mouth.

It seems crazy to even say it but OakNorth is challenging Lloyds in one of its strongest markets. How did you engineer this?

“OakNorth was granted a banking licence in March 2015 and its mission was clear. We weren’t coming into the industry to build a bank, we wanted to help fast-growth businesses secure the debt finance they needed to pursue their ambitions. OakNorth was actually born out of the negative experience of it co-founders when trying to secure a loan for their previous business, Copal, founded back in 2002. Over a period of eight years they were able to grow that business to 3,000 personnel across 11 markets, eventually selling it to Moody’s in 2014, but the negative experience of trying to get a loan stuck in the back of their minds. For a fast-growing business looking for a loan quickly, the opportunity cost of having to wait several months for an answer can be detrimental or even deadly. They knew that with the right technology they could enhance the borrowing experience so they built and consciously launched it in one of the world’s most competitive and regulated markets, the UK.”

“After Brexit, we saw a retrenchment from SME lending by the larger high-street banks. They had their hands full with passporting and staff relocation – meaning they weren’t focused SME lending – which gave us our opportunity to gain market share. And gained we did: our loan book tripled in Q3 and Q4 of 2016 from £98 million to £300 million, grew by a further £700 million to £1 billion in 2017, and by the end of 2018 it was at £2.2 billion. “

“The total market in the UK for new lending PA is about £64 billion. So even though we did £2.2 billion in 2018, we visualise the number as barely the tip of the iceberg.”

“I’m not trying to say our valuation of £2.8 billion today is because we chose to focus on the UK market, either. We licence the platform to banks across America, Asia, and Europe and their use of the platform helps the database, to evolve and grow. Partnering with commercial lenders like banks or debt funds who use the platform for credit analysis and monitoring is a major part of how we have the valuation that we have today.”

How does OakNorth compare to another SME lender?

“OakNorth differentiates itself from traditional banks in four ways. One is technology from the OakNorth Analytical Intelligence platform and the ability it gives us to transact loans faster than traditional lenders. Typically, big bank credit analysts have to manually find information for credit papers. By leveraging technology we remove the manual work from the process and pull together the data needed much more quickly – hours versus days, weeks versus months – but it’s still a human making the decision on the loan. So forget the idea of machines replacing man, it’s machine enhancing man at OakNorth. The benefit to the SME that’s looking to borrow is the ability to get the loan they need quickly so that they can acquire a particular asset, expand their team, go international, etc..”

“The second thing setting OakNorth apart is transparency. Everyone who goes through to credit committee stage is invited to meet the credit committee and discuss their borrowing needs directly with the decision makers. What happens in traditional banks is that lending directors pitch to the credit committee on the borrower’s behalf which is very frustrating for the entrepreneurs / business owner who’s looking to borrow as no-one will know their business better than they do.”

“Another is our flexibility. The platform enables us to sort data from many metrics and gain malleability in loan structuring. It’s a flexibility which extends to alternative assets.”

“The last is our entrepreneurial approach. Over the years, we have built a strong network between our clients, putting together a number of events throughout the year where they can meet one another, learn from one another, and in some cases, even partner with one another. For example, a property client may have space that they’re looking to rent in London and a client in hospitality might be looking for a site to rent. Comparative and absolute advantage. Sounds cliché but it’s beyond just putting money in the bank.”

Moving onto the technical aspects things. Which systems are conducive to OakNorth’s zero default rate?

“The OakNorth Analytical Intelligence platform enables us to capture any potential problems quickly and speak to the borrower before those problems escalate to ones that might lead to a credit issue. We’re being collaborative and offering proactive solutions, rather than what happens at traditional banks where the data tends to be reviewed on an annual basis (if that!)

“This is about machine enhancing man, not replacing man, because after getting the credit paper, we don’t make a decision based on the data alone. If the data looks fine, we invite the management team to meet credit committee. If the management team know their figures, seem to live and breathe their business, are aligned on future plans, etc. we feel comfortable lending. Conversely, sometimes the data looks good, but after meeting the management team, it may be that they seem misaligned and we therefore don’t feel comfortable. But we always give feedback, and they can always come back and apply again.

“We call them scale-ups. They have to be profitable, have strong cash flow, typically afew years of trading history and a quality management team.

“We stress test our entire portfolio, so we’re always comfortable before we go ahead with a loan. Stress testing is also part of the underwriting and credit analysis to actually do the loan, but proactive monitoring of our entire loan book(which is an additional part of the platform) is key to helping us avoid defaults or late payments. Correct monitoring helps us to maintain a clear view of the performance of every business in the portfolio.

“Say a bank in the UK has been approached by a hotelier who has two hotels and wants to take out five million to open two more. The platform allows us to do comparable analysis with its peers on things like occupancy rates, average rates per room, seasonality fluctuations, etc. It then pulls all that data together into the credit paper which is what the credit committee use to make a decision on the loan. So, we’re not credit-scoring or giving a “yes” or “no” answer as different banks will have different lending criteria and risk profiles.

What’s next for OakNorth?

“We want to help as many growth businesses as possible around the world secure the debt finance they need to pursue their ambitions. In the UK, we’re doing this through balance sheet lending (and have a qualified pipeline of over £2bn for the year already), and throughout the rest of the world, we’re doing it through partner balance sheets by licensing the OakNorth Analytical Intelligence platform.

“In terms of the bank, in Manchester, we are expanding to have a lending team based there. Historically, Manchester has been technology and operations. Now, we’ll get finance directors on the ground there who can transact deals locally because of the demand we’re seeing from business in the north of the UK. With OakNorth Analytical Intelligence, we have teams in London, New York, Bengaluru, Gurugram, Shenzhen, Istanbul, and Singapore -a global presence.

“We’ll continue to expand where the demand is. Our ultimate goal is to help millions of businesses around the world secure the finance they need to scale. This is a $7trn market globally, so we’ve got a long way to go and an exciting journey ahead!

In 2006, Rishi Khosla and Joel Perlman faced an uphill struggle while trying to secure working capital to support their rapidly growing business, Copal Amba (now part of Moody’s Corporation). Their business was in a good shape with a healthy cash flow, and strong projections for the future, yet none of the banks were willing to lend to them because they didn’t have any property to act as security. As Copal Amba kept growing, Rishi and Joel realised that there are millions of other businesses in the UK facing the same struggles in securing growth finance. The idea for OakNorth began to form. After scaling Copal Amba to almost 3,000 people and selling it to Moody’s Corporation in 2014, the two set out to launch a bank for entrepreneurs, by entrepreneurs. Today, the bank is one of the most active lenders in the UK having lent over £3bn with c.55,000 savings customers. Its loans have directly helped with the creation of 10,000 new homes and 13,000 new jobs in the UK, as well as adding several billion pounds to the economy.