Should London worry about Euronext Amsterdam? 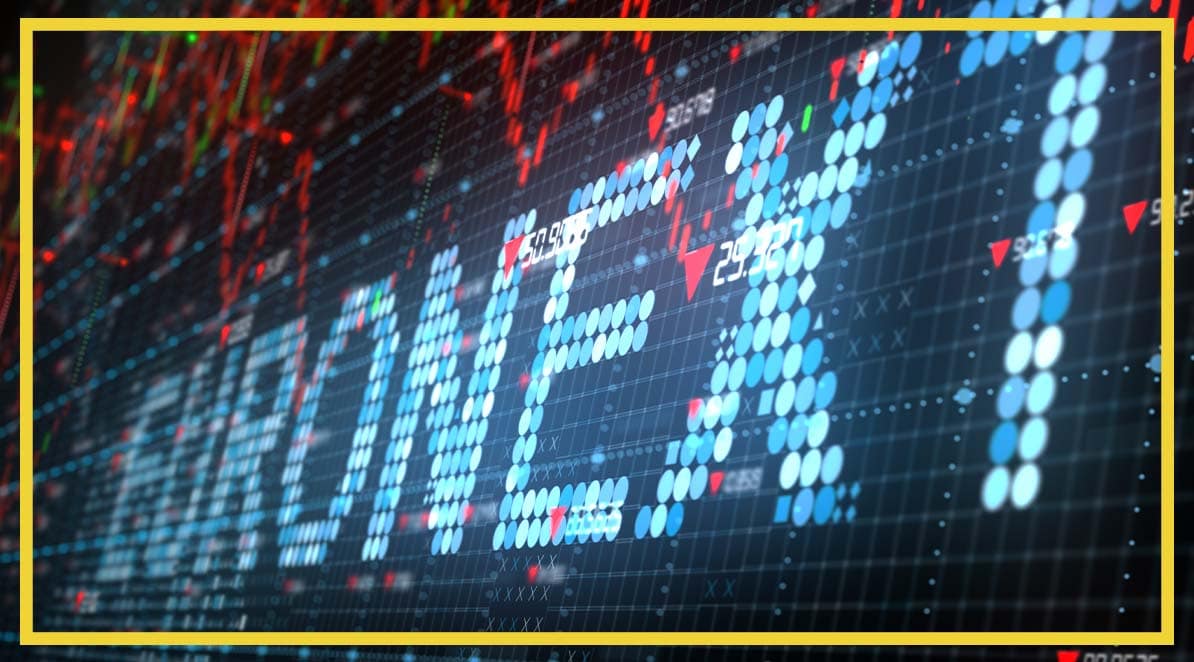 Perhaps the first thing that comes to mind when you think of Amsterdam is not Capital Markets. However, from 2021, Euronext Amsterdam is reported by the FT to be trading the largest volumes of any Stock Exchange in Europe, including London.

How did Amsterdam overtake London?

Over the past months, #Disruptionbanking has been trying hard to work out what next for Capital Markets in Europe. With Brexit now completed, the dust is starting to settle, things are becoming clearer.

Some suggested ‘Bankfurt’. Frankfurt has pulled in a large amount of Investment Banks from London, as well as some of the talent from the continent, but it hasn’t overtaken London.

In June last year, Dublin came up as the biggest beneficiary so far from the Brexit fallout with 115 or 330 firms relocating from London to Dublin. Only 40 of them headed to Amsterdam, which was behind Luxembourg, Paris and Frankfurt.

Yet, all the news stories this week say that Amsterdam is ahead, when it comes to share trading volumes.

What has Amsterdam got to do with Trading stocks?

When our Editorial team attended the last Money2020 to be held in Europe, in Amsterdam, almost 2 years ago now, it was already clear how seriously the city treated both innovation and finance. Ralph Hamers, the CEO of ING Bank greeted the guests to the event personally on the opening day:

He has moved on to UBS since then, undoubtedly bringing some of his charisma to the Swiss capital as well.

Amsterdam was not the first place in Europe where merchants traded, though. France has that honour, followed closely by Venice where the infamous “Merchant of Venice” by Shakespeare was set.

In some form or another, you can probably trace trading as far back as Roman and possibly even Egyptian times, but the title of the world’s first stock market goes to Amsterdam. Back in the 17th century, it was dominated by the Dutch East India Company and the Dutch West India Company, the Dutch were a step ahead of the British, Spanish, Portuguese and the French at the time.

Perhaps the Dutch were a step ahead this time too.

Today the equities, derivatives, bonds, indices, spot FX, etc.. traded on the Euronext Amsterdam Stock Exchange are nearly all executed electronically, and as of last month, they now have the largest daily trading volume in all of Europe.

Dirk Donker, Head of Financial Derivatives at Euronext Amsterdam, writes on the exchange’s main page that: “Euronext is the largest pan-European equity market and a leading exchange for derivatives.”

It’s not just the abbreviation of the European New Exchange Technology.

It is a bit more of a challenge.

Euronext and the Amsterdam Stock Exchange are not the same thing.

Euronext is actually a group of stock exchanges in Amsterdam, Brussels, Dublin, Lisbon, London, Oslo and Paris. Not the London Stock Exchange (LSE) though, the LSE is not part of the ‘group’.

Actually, Euronext is part of a group of companies including the New York Stock Exchange. You may have come across NYSE Euronext, the company behind the group.

Euronext NV, the European arm of NYSE Euronext, is based in Amsterdam. But it is also the company that owns the Amsterdam Stock Exchange, as well as the Norwegian, Irish, French, Portuguese and Belgian Stock Exchanges. Or at least, that was our last count, the Norwegian story is quite recent.

Last year, the Euronext exchanges listed a total of 85 new companies (as of 17 Dec). Whilst Nasdaq listed over 300 companies during the same period as we covered a few weeks ago.

European markets struggle to attract the amount and the level of companies listing on U.S. exchanges. Euronext’s consolidation of markets increases the strength of its offering to clients, and they are the biggest competitor of the LSE, and the biggest group of exchanges on the continent too.

Euronext have plans to grow further:

The intricacies of how the individual exchanges change hands or what antitrust laws are discussed around the subject are a totally separate subject. For those of you who want to know more though, there is a further Italian ‘twist’ that Reuters covered a few days ago that explains the story better.

As it stands, it means that Euronext and the LSE are the main players in Europe. The Deutsche Boerse and SIX Swiss Exchange are a long way behind them by market capitalisation.

When LSE bought Refinitiv, they added a lot of services to their portfolio.

In October last year it was reported there had been an outage of Euronext NV’s Optiq integrated trading platform, raising questions about the centralisaion of capital markets operations in Europe in the hands of a single company.

“Euronext has invested heavily in technology, capacity, latency and processes. This has allowed us to deliver a platform which is cutting-edge that has been extremely stable and resilient since it was released,” CEO of Euronext NV, Stéphane Boujnah said. “This platform did an amazing job during the peak of volatilities and volumes in March, April and May. And we believe that is the backbone of the Euronext project, which is all about building a single liquidity pool, enabled by a single order book, empowered by a single technology platform.”

There appear to be a few similarities to this story and the Aladdin story we covered about BlackRock’s technology platform last year.

But let’s get back to what is happening in Amsterdam.

Has London really lost its Crown to Amsterdam?

As our colleague at the Evening Standard so succinctly described the situation, the story is not necessarily about London losing its crown. It is more about the business of trading euro denominated shares.

London retains its status as the leader in foreign exchange, M&A deals and interest rate derivatives, and for now there is no immediate need to ‘panic’.

If this doesn’t reassure you, and perhaps it won’t, there is also Professor David Blake’s 2018 ‘Brexit and the City’ report which he submitted to the House of Commons International Trade Select Committee.

Blake discusses in the report a few scenarios that could occur post-Brexit. His ‘Mutual recognition scenario’ assumes that financial services regulation and supervision in the UK and EU would remain sufficiently aligned, to allow for the UK to play a larger role within the EU in the future. It is one of many scenarios, and the one the average ‘Remainer’ would probably approve of.

However, the Professor reminds the reader: “London does six times more financial services business with the EU than the EU does with the UK. London accounts for 40% of Europe’s assets under management (and 85% of hedge fund assets), 60% of its capital markets business, 78% of its foreign exchange trading, and 64% of its derivative trading.”

The booming euro denominated shares market we are seeing in Amsterdam needs to be considered in more detail too. Is euro business really so attractive?

Blake goes on in 2020 to remind us of why there were Euro-sceptics in the UK parliament for so long. He has a logical criticism of the Euro project, explaining that it is not ‘just another currency’.

“Unlike every other currency, there is no single sovereign standing behind it. Each member state stands behind the euro only to a certain percentage and collectively the member states do not share join-and-several liability.

“It is an artificially ‘constructed’ currency, as a consequence of the fixed rates used when it was introduced in 1999 to convert the domestic currencies of Eurozone members into euros.

“Some member states, e.g., Italy and Spain, joined the euro at a conversion rate that turned out to be too high, given the subsequent performance of their economies.

“By contrast, other members states, e.g., Germany and the Netherlands, joined the euro at a conversion rate that turned out to be too low, given the subsequent performance of their economies.

“The net result has been a downward bias in the international trading value of the euro, with the inefficient southern members states dragging the value of the euro relative to what it would be if all member states were as efficient as Germany and the Netherlands. This has resulted in persistent undervaluation of the euro for the strongest economies in the Eurozone.” He concludes.

So it might be said that euro trading has much more complexity than other currency trading. And if the margins are low, then what has the UK really lost? A headache?

If recent events at the Northern Irish border are anything to go by, it doesn’t seem like the leaders of the UK or the EU are going to be able to align as easily as some may have hoped. Leaving the ‘Singapore-on-the-Thames’ option that Blake raised as a potential outcome.

These events may naturally lead EU leaders to embrace what Euronext is trying to build across the continent. The question remains about how the relations between the UK and EU will evolve. The markets are watching, and they are waiting.

Will Rishi and Boris work out how best to position the City for the future, or will the Dutch surprise us again some time soon?

What about Money 2020 in Amsterdam?

No Article about Amsterdam would be complete without mentioning the legendary Money2020 that used to take place annually at the RAI Amsterdam Convention Centre.

And we have some good news.

Last year, the Money20/20 Europe team didn’t get much of a chance to do what they’re good at and what they love to do: run game-changing events that bring the global fintech community together and help it move forward.

So for the last few months they’ve been in stealth mode, giving their live show experience a massive makeover and making sure Money20/20 Europe is ready for its huge comeback on 21-23 September in Amsterdam. They’ve revamped every corner to inject best in-class design-thinking and make sure they’re building the show around the powerful encounters and conversations that only coming together as a community in real life can spark.

Tickets for the show will be available from April, but if you can’t wait that long join the waiting list today to make sure you’re the first to know when our Early Bird tickets are online

Tickets for the post-Brexit financial landscape of Europe are free, just keep coming back to #DisruptionBanking as frequently as you can. 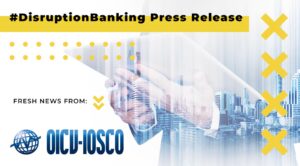