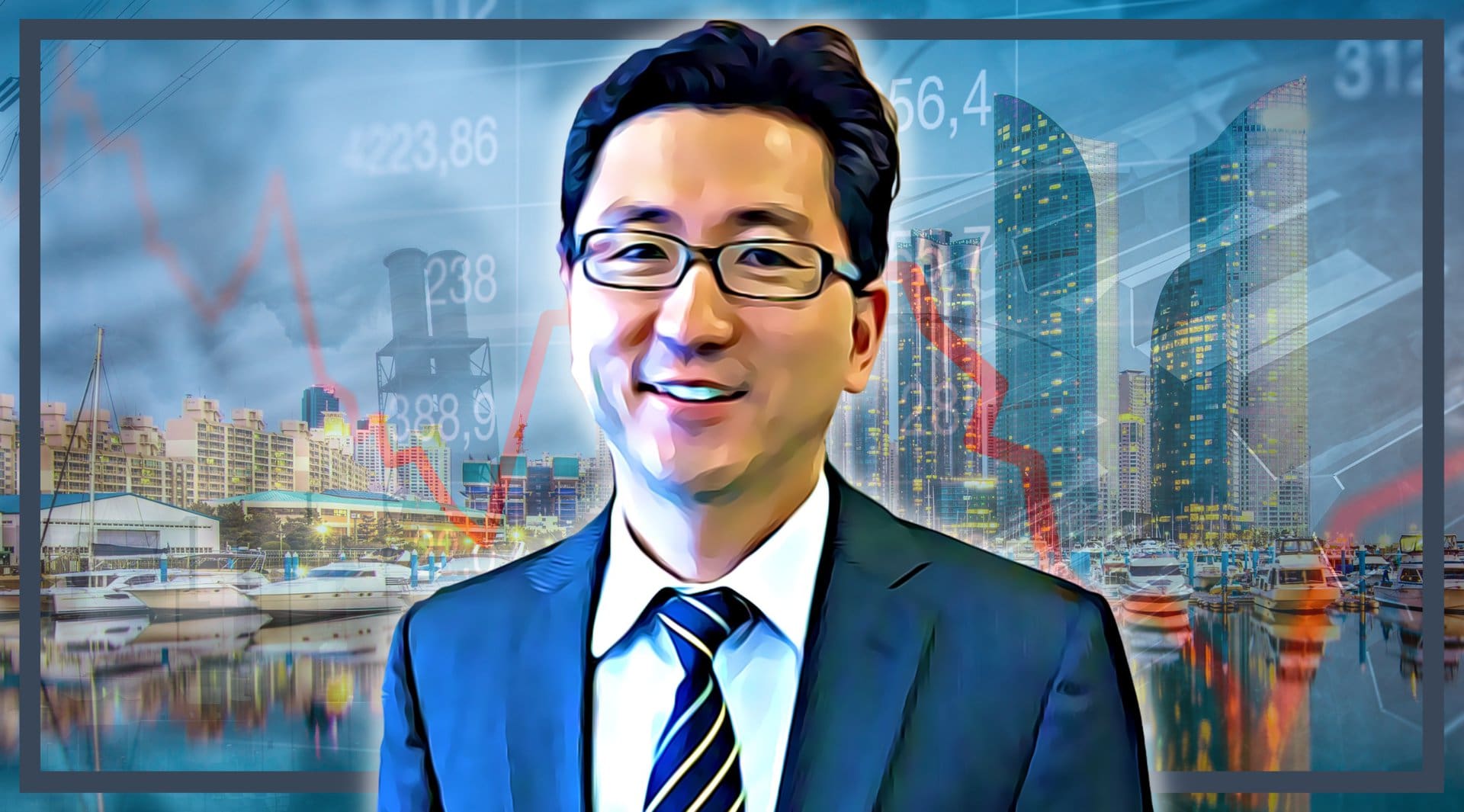 #DisruptionBanking has recently been covering many exciting developments that are taking place in the Korean market. Seoul is home to a growing number of innovative fintech companies that are taking on the country’s biggest financial players. Korea’s investment banks are becoming of greater prominence in Far Eastern financial markets. And now more and more of its brightest start-ups are going global.

While these developments are understandably a cause for optimism, more economists are also raising concerns that Korea’s long-term trajectory may not be as promising. One of the most prominent voices on this side of the argument is Jaejoon Woo. Jaejoon is a former Director and Chief Korea Economist at Bank of America Merrill Lynch in Chicago. He is also a distinguished academic and recently wrote a book, Confronting South Korea’s Next Crisis, which explore these issues in more depth. #Disruption Banking caught up with Jaejoon to discuss.

One of the key problems that Jaejoon outlined is Korea’s growing demographic crisis. In the last few decades, the country has witnessed a steep drop in its fertility rate, which now stands at just 0.8. This means that the size of the population will soon start to decline, with its average age continuing to rise.

“The percentage of elderly people in Korea’s population in still slightly below the OECD average, but the really concerning part is the speed [at which the elderly population is increasing],” Jaejoon said. “We have a world-record low facility rate. Over the next ten to twenty years, that could become a pressing concern.”

In his book, Jaejoon argues that many of Korea’s economic problems, such as the fertility rate, are “slow-burning.” They are yet to have a material impact on the Korean economy, which is still buoyed by dynamism and optimism, but are “ticking time bombs” underneath this success. Another of these long-term issues relates to debt.

As the Bank of Korea has also outlined, the country has ever-rising financial liabilities, including when it comes to private sector debt, household debt, and corporate debt. This caused problems recently when the Bank of Korea was forced to raise interest rates to keep pace with the Federal Reserve and prevent a run on the Korean Won. The fragile housing market bubble was highly exposed, with many even fearing mass repossessions.

While this didn’t happen, and the Federal Reserve has taken its foot off the gas slightly, Jaejoon’s “overall assessment” is that this debt burden will continue to be a major drag on the Korean economy. Corporate indebtedness could “depress consumption and investment, particularly at a time when the Fed’s tightening cycle makes it even more challenging.” Put simply, Jaejoon fears that there will be less and less cash available for companies to invest in innovation, hindering economic progress and growth.

Then there’s the issue of China, one of Korea’s closest neighbours. “China was a boon to the Korean economy for a long time,” Jaejoon said. “But this started to change around 2018.”

Korea has long managed to pull off a delicate geopolitical balancing act. There are almost 30,000 American troops in the country, which is also home to 15 US military bases, and Korea usually aligns itself closely with what can loosely be described as “the Western World.” But despite this, Korea has traditionally had relatively warm relations with China. Political leaders have not tended to join in with some of the more vociferous criticisms – like those coming from Japan – and have benefited from strong trading relationships with Beijing. The start of the trade war instigated by President Trump, and a hardening of tensions globally, has “increasingly forced Korea and many other Asian countries to take sides.” Korea has little choice but to choose America, although the economic costs could be steep.

At the same time as this, China has also been investing huge amounts into its own manufacturing and technology industries, in the hope of weaning itself off imports – including those from Korea. This dynamic has started to play out already with Korea now running an unprecedented trade deficit with China. “The technology gap between China and Korea is narrowing. At some point and slowly, slowly China will replace Korean products with their own. Korean exports, down the road, will be a big problem.”

These changing – and concerning – dynamics partly explain the weakness of the Korean Won, which has been one of the world’s worst performing currencies this year. Jaejoon also pointed out that its weakness might owe to the fact the Korean Won often trades as a proxy for the Chinese Yuan. China has had a dire year because of President Xi’s zero-Covid policy which has put heavy restrictions on economic activity. To aggravate the situation further, Korea exports large amounts to emerging markets, which have also struggled this year on the back of a strong dollar. “Korea and the Korean Won are still vulnerable to major shocks from foreign markets.”

Demographic problems. Private and public indebtedness. Market and regulatory rigidity. A struggling currency. Could Korea be going the same way as another of its close neighbours, Japan? Jaejoon certainly believes that “Japanification” is a potential trend. But despite all his worries, he also warns against excessive pessimism. “Ironically, given what the book is about, Korea still has big potential. New sources of growth may come, especially if political leaders bring in certain reforms.”

“But the problems are real, and the trajectories are concerning.”