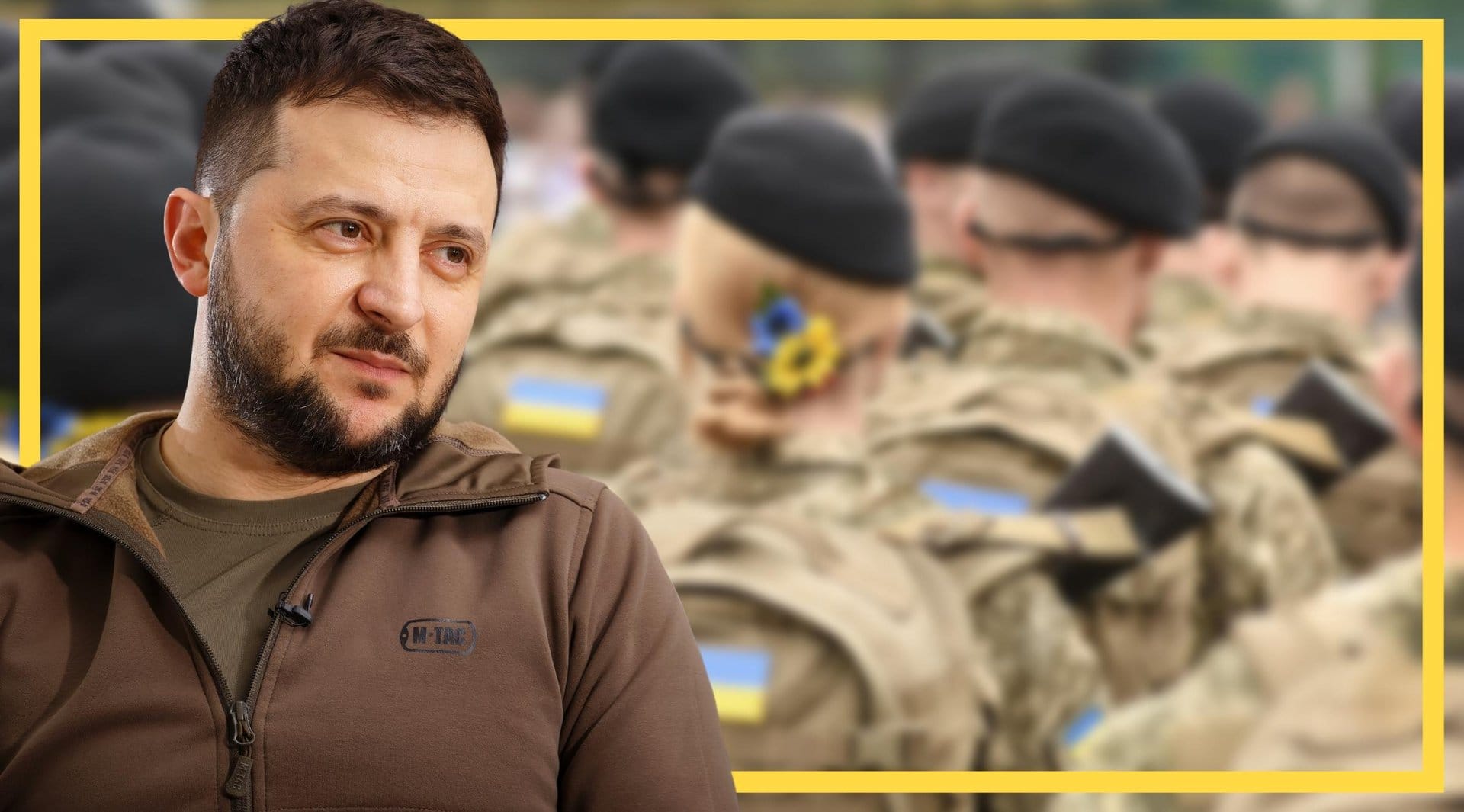 To discuss economics in the context of war seems insensitive, even crass. The number of civilians killed in Ukraine is approaching the grim milestone of 10,000. The crisis has displaced over eight million people so far. Russia has recently claimed full control of the Luhansk region in eastern Ukraine. The Ukrainian people are fighting a war for national survival. As Alexander Rodnyansky, Economic Advisor to President Volodymyr Zelensky, told DisruptionBanking from his office in Kyiv, “the total scale of the war means it’s hard to speak about the economy.”

Yet speak about the economy we must, as how Ukraine responds to the economic challenges that have arisen because of Russia’s invasion is crucial. With the World Bank forecasting that Ukraine’s economy will shrink by 45.1% this year, officials such as Rodnyansky face a huge task if they are to stabilise the public finances enough to keep the war effort going. The economic war on Russia, in the form of sanctions, is another critical element of the conflict. For all these reasons, in Rodnyansky’s words, “the economy is vital.” An Economics Professor at Cambridge University who refused to return to the UK when war broke out in February, Rodnyansky is closely involved with the government’s efforts to run Ukraine’s wartime economy.

According to Rodnyansky, the fundamental problem Ukraine faces is that “it’s increasingly hard to conduct any type of activity that would normally be called economic activity.” Inevitably, many other issues follow as a result: most notably a widening budget deficit. Ukraine’s Finance Minister, Sergii Marchenko, recently stated that the country is running a deficit of between five and seven billion dollars every single month. While the central bank is currently monetising Ukraine’s debt in a bid to ease pressure on the public finances, and the government is receiving considerable amounts of foreign aid, Rodnyansky said that neither of these measures are sufficient to plug the gap.

“We have a serious fiscal issue […] the reason for that is because the economy is collapsing, you can’t really raise taxes, and that makes things much more difficult. It’s hard to finance pensions and provide social services to our people. It seems that the calculus on the part of the Russians is to make this a slow, painful death,” Rodnyansky told us. “They obviously failed to achieve their initial objectives in February’s blitzkrieg. So now they’re trying to drag this out.”

Despite the immense pressure the Ukrainian economy has been under since February, the country’s banking system has proved resilient. After Russia’s initial invasion of the Crimea in 2014, and the subsequent financial turmoil which caused Ukraine’s economy to decline by over 10% in 2015 alone, the government introduced new measures to ensure the sector was able to withstand future crises. Prior to Russia’s full-blown invasion this year, Rodnyansky noted that Ukrainian banks “have been on a good trajectory in terms of their balance sheets: shedding their non-performing loans and increasing profitability.”

Perhaps inevitably given the circumstances, these banks are now loss-making. “When you look at economic indicators like Return on Equity (ROE) or Return on Assets (ROA), all the banks are in negative territory – and substantially so,” Rodnyansky said. “That’s going to increase pressure on the economy somewhere down the line.”

That said, the banks have been able to continue stable services for consumers – or at least as stable as possible. Partly this is because of the post-2015 reforms, which means the banks remain well-capitalised even now, and partly because of actions the government has taken to encourage calm. The authorities have allowed credit payments to be paid late, without any penalties or repercussions, to ease pressure on borrowers. The strict liquidity criteria banks are usually subject to, including Basel III standards, are also not being enforced. However, while this may be a necessary, short-term measure to stabilise the economy, some fear longer-term systemic risk.

As Rodnyansky said, “the crisis now is obviously exogenous, as we would say in economics – there’s an external reason for it and has nothing to do with banks’ behaviour. We don’t want to penalise banks for something that has been dumped on their heads.” While he’s concerned that the banks may reach a stage where they have insufficient capital to continue operating, the banking system remains buoyant for now. Relative calm in financial services, with civilians able to access their cash and savings, has certainly contributed to the war effort by averting mass panic and a run on the banks.

This issue, of systemically important financial institutions requiring capital, points to a wider problem the Ukrainian economy is facing. It needs cash – and lots of it. Of course, many countries in the free world have pledged significant amounts of foreign aid. The UK has already committed more than £2.8 billion in grants, while the US has announced several rounds of emergency funding – with the latest package worth $40 billion. “Even though a lot has been promised,” Rodnyansky believes “it’s still insufficient because we have an ongoing crisis that’s not getting any better.”

There’s also another problem: the money takes a long time to arrive, and Ukraine needs it now. “Whatever has been committed in terms of funding doesn’t arrive the day after. There’s a bureaucratic and formal process that takes place,” Rodnyansky outlined. “The money always arrives too late.”

Ukraine desperately needs cash, and not just for its military budget. The government needs money to alleviate the country’s balance of payments crisis, for example, or to help it fulfil its operating needs. In terms of how foreign aid is allocated, Rodnyansky said social services are “high in the pecking order.” The government is determined to continue providing pensions – “a huge chunk of what government expenditure is usually devoted to” – as well as maintain the functioning of government institutions and state enterprises. Doing all of this, while also devoting as much money as possible to the military, is an almost impossible task.

If Ukraine is to win this conflict, Rodnyansky argued that it’s essential to impose huge economic costs on Russia – and thereby make it financially impossible for Putin to continue waging war. However, he thinks “one of the big tragedies” of the war so far is that “we could have imposed steeper costs on Russia more quickly.” By moving swiftly to sanction Russian energy exports, for example, Rodnyansky believes Russia “would’ve had a serious fiscal crisis which might have prevented them from financing this war – or at the very least, would’ve distracted them. They would’ve had to focus on internal domestic politics, as financial problems would’ve become very acute.”

But because many Western countries continue to depend on Russian energy, that didn’t happen. Some of Russia’s largest banks, including Sberbank, maintain close relationships with Western institutions and financial markets even now. The result, especially as energy prices are still rising, is that Russia is “pretty comfortable.”

“Russia can continue financing this war without any serious issue,” Rodnyansky noted. “All the destruction is happening in Ukraine.” Because Ukraine’s production facilities are being destroyed, Ukraine is now “even more dependent on the West by orders of magnitude.” Manufacturing more weapons and ammunition isn’t a problem for Russia, however, because “its economy and production facilities are still intact.”

What could be done to rectify this? According to Rodnyansky, the “elephant in the room” is, of course, the energy sector. He believes the EU’s measures, which include a partial embargo on Russian crude oil, are “too little, too late […] prices have skyrocketed.” Rodnyansky also wants to see tougher action to prevent Russia from diverting oil exports to other economies, such as India. “Secondary sanctions,” aimed at countries which allow Russia to circumvent the sanctions regime, could be one way of doing this. “We need to make sure there’s punishments for trading with Russia,” Rodnyansky said.

Rodnyansky believes that Russia is trying to “blackmail” Western countries “into thinking they might be shut off from [Russian] gas.” Even though many countries have tried to lessen their dependence on Russian gas, rising prices mean that Russia is still benefiting from increased revenues. Rodnyansky thinks that the West should call Russia’s bluff, and introduce more stringent sanctions on the gas market. This could include sanctioning Russian banks that conduct the transactions for oil and gas imports, like Gazprombank, and barring them from the SWIFT payments network. He also believes that expelling Russia from organisations like the International Monetary Fund (IMF) and Bank for International Settlements (BIS) would be “very useful.” While Russia has been suspended from participating in certain committees and working groups, and individual Russians have been removed from their posts, institutions like the IMF have stopped short of full expulsion.

“Isolating Russia and perhaps increasing international pressure on the regime […] is definitely helpful,” Rodnyansky said. Branding Russia a terrorist state would also be “a strong political step.” Such moves would not only weaken Russia’s international image, but would have “concrete repercussions that would actually affect Russia’s trading potential.” It would restrict Russia’s ability to purchase military equipment and dual-usage materials, for example, and have other direct effects on economic activity.

Given how crucial economic issues are to the outcome of this war, Rodnyansky argued that private banks – and individual investment bankers – in financial centres across the world have an important role to play. “We need all sorts of cooperation,” he stated, “to understand where Russia’s wealth is hidden in the Western banking system.” On a wider level, he believes banks need “to make sure there’s no business with Russia […] banks should have internal policies which prohibits them from dealing with companies that still have links to Russia and Russian clients.” All of this could help stifle Russia’s access to funds and resources, and ultimately restrict its financial ability to sustain the conflict.

“The economy is absolutely key,” Rodnyansky emphasised. “It’s one of the most important elements when it comes to this war.”