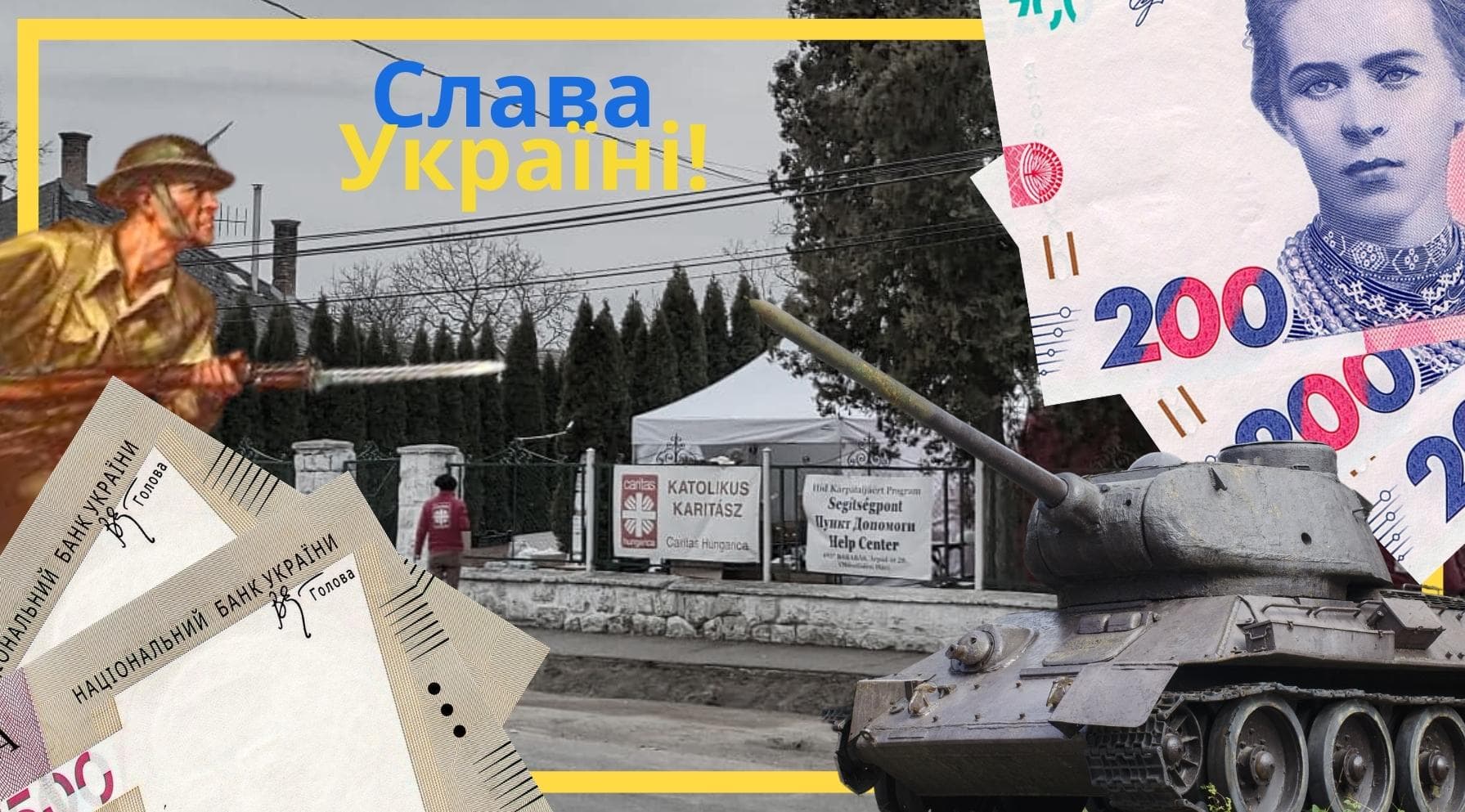 When pictures of Ukrainians flooding to ATMs emerged at the outset of the crisis, some of our readers may have wondered how this will work. Escaping a war-torn country whose economy is going to be tested more than any other since the Second World War is never an easy feat. If the currency you are holding at the time happens to be Ukrainian Hryvnia, where will you be able to exchange it? What is the future of the Hryvnia?

#DisruptionBanking travelled to Hungary to find out how available the Hryvnia is in a country that is often used as a transit route to Western European countries.

All through last week Hungarian state TV was showing mixed reports about the Russian invasion of Ukraine. For the country’s Prime Minister, Viktor Orban, campaigning for re-election, the war couldn’t have come at a worse or better time (depending on how you use the ‘spin’). On the one hand the reports condemn the heaviest of the fighting, on the other hand state TV has made a big issue of U.S. officials reaching out to Venezuela’s estranged leader. Supposedly to gauge if they can replace Russian with Venezuelan oil. How average everyday Hungarians take these stories is not on the top of Putin or Orban’s minds. Or on the minds of the refugees flooding the eastern border of the Central European country.

What is on the minds of the refugees is how to pay for their rent, buy food, clothe themselves and their children. What is in their pockets in most cases is the Ukrainian Hryvnia.

The History of Ukraine’s Hryvnia

The currency itself is only 26 years old. Created soon after the establishment of the first modern day Ukrainian state. According to the website of Ukraine’s central bank the name Hryvnia has been used in various guises since the 12th century when sliver ingots were called hryvnias. It even made an appearance in 1918 during the Ukrainian Revolution.

When the currency returned to global markets in 1996 it took about 2 Hryvnia to get $1 U.S. In 2014 when escalations between Russia and Ukraine increased, the currency took a massive hit. Since then, one needs more than 25 Hryvnias to get just $1 U.S. A level of inflation rarely seen within a modern European state.

Russia’s full-scale invasion of Ukraine might lead to the Hryvnia disappearing. Interestingly, although the currency took a hit over the first two days of the invasion, it has now rebounded. There must be demand for the currency.

However, last week Bloomberg suggested that Ukraine’s ‘War Bonds’ were not selling well. Part of the reason is that although the bonds were issued at $33 each, they have not been circulated to retail investors. The Ukraine government is in constant talks with its ‘primary dealers,’ the 11 international and local banks that can place bids on Ukrainian debt to do something about this. Time is running out though.

Even after downgrades by the three major ratings companies since Russia invaded, Ukraine’s debt is selling well. With Russian troops advancing on Kiev, the Finance Ministry of Ukraine on March 8 sold another $229 million worth of bonds.

Amazingly, Ukraine also managed to pay about $300 million of bond interest to international investors on March 1, the day it was due.

The future of Ukraine may not be clear. The way the government is working to ensure the country is funded is admirable. And it appears to be working. Albeit slowly.

In the meantime, there are other considerations.

In 2019, at the Kriek Amsterdam FinTech Forum there was a presentation about the Ukrainian economy given by one of the speakers. In it the speaker highlighted how the Ukraine was buying the most tractors in the whole world. How the country led the world in wheat exports. How the future looked bright for modern Ukraine.

However, it was a vision for the future. A future that hasn’t yet taken shape. Today, Ukraine still imports more than it exports. According to the World Trade Organisation there is a trade deficit amounting to over $4 billion. Many of the imports were focussed on machinery for the agricultural sector. A sector that formed the basis of the country’s future.

Bonds in the country have historically centred upon this sector, going forward the bonds will need to also finance the rebuilding of the entire country.

What about the Money?

We have been watching the unfurling crisis as keenly as anybody else here at DisruptionBanking. Our editorial team visited Barabas on the Hungarian Ukrainian border last week leaving various toys for the children who were being brough over the border on buses. Perhaps Hungary is a little different to Poland though, as the amounts of Mercedes and BMWs coming across the border took us by surprise. The hotel we stayed at also had cars from Germany, Austria, and many from the Ukraine. The hotel staff, close to the Ukrainian border, told us that there had been a surge in guests from the Ukraine in the first few days of the crisis. Things have now normalized. The hotel is down from 120 rooms per day being rented by Ukrainians to 10 rooms per day a week later.

The other interesting situation we met was the complete lack of any type of currency exchange facility. We even checked this in Budapest. Yes, Euros, Dollars and a few other currencies are welcome. But nobody was listing Hryvnia. Nor were they doing this at the border. Not that most Ukrainians coming into Hungary were looking at staying long term. The language differences are simply too hard to bridge, as well as the pre-election rhetoric of the current governing party.

No Ukrainian flags are prominent on cars or buildings like in many other countries across Europe.

Keeping Ukraine and its Hryvna Liquid

Some of the stories coming out of Ukraine are heart-warming. There is the odd case of Ukraine-washing too, but only if you look for it. Hearing about stories like how people are supporting Campus Community A-Hotel in Kiev are reassuring:

As we are always a bit different at DisruptionBanking we also decided to help. Over the weekend we booked rooms in Kherson and Poltava through Airbnb. It was great to be in touch with the two ladies who run the venues. One of them passed us her USD account details in case we wanted to send further support.

What Airbnb are doing is truly impressive. Both landlords and guests are clearly forming a community and the concept may outlast this current crisis. Of all the Tech Giants that have made supporting Ukraine easy, Airbnb are the top of our list. Much better than trying to get hold of Ukraine’s war bonds.