Why is Deutsche Bank focusing on ESG? 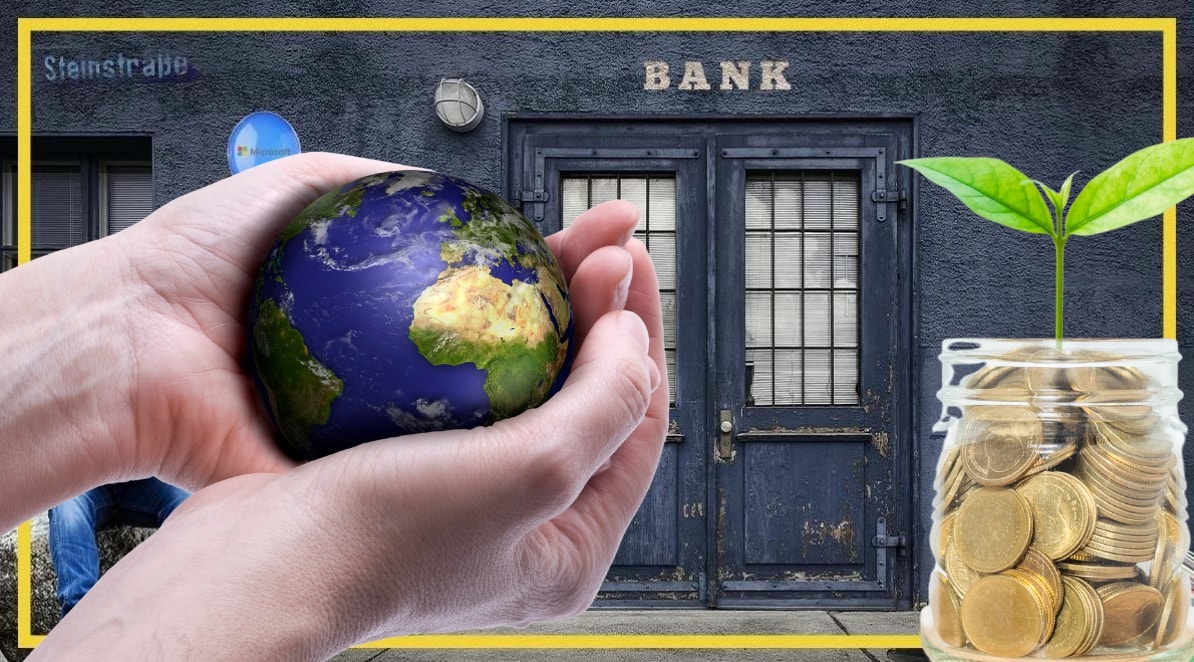 Most of the largest investment banks have been hitting headlines due to topics like cryptocurrencies and ESG throughout most of 2021. Bosses of the world’s biggest banks like HSBC, Barclays, Bank of America, BNP Paribas, Citi, Credit Suisse, JP Morgan, Lloyds, NatWest and Standard Chartered are all focusing on ESG. But what about Deutsche Bank?

One of the banks not on the list is Deutsche Bank, but it is also focusing on ESG.

In today’s story we wanted to explore some of the initiatives that Deutsche Bank has been focusing on. ESG and sustainability remain important trends as well as global concerns amongst them.

One of the major changes in the banking landscape is the amount of visibility that CEOs of global systematically important banks (G-SIBs) get today. Interestingly though, most of them are using LinkedIn much more than ever before. Twitter is still not very popular amongst banking leaders. Deutsche Bank’s current CEO, Christian Sewing, doesn’t use either. Later on in the story you can make your mind up about why. In the meantime, many of Sewing’s insights are listed on the bank’s website. Including his thoughts on topics such as sustainability and ESG.

Deutsche Bank is an institution that has had many challenges over the last few decades. Its reputation isn’t as strong as investment banking giants JP Morgan or Bank of America. However, when challenges appear in the banking sector, there is often a story that involves the German bank. Only a few months ago Deutsche Bank became entangled in a story about ‘greenwashing’. A term used to suggest a company is talking sustainability, but not actually doing anything about it.

Has Deutsche Bank been greenwashing?

The allegations about Deutsche Bank greenwashing were first brought to light by the Wall Street Journal (WSJ). They had received a statement from Desiree Fixler, the former group sustainability officer at DWS. They also had access to internal emails and presentations. DWS is one of the world’s leading asset managers. DWS offers a ‘deep environmental, social and governance focus’ in asset management. Fixler suggested that was not entirely correct.

Fixler was made redundant on March 11. A day before DWS annual report was released, according to the WSJ. Fixler believes DWS misrepresented its ESG capabilities, the WSJ also reported.

At the time, the allegations seemed to go unnoticed. Then news of probes by U.S. and German authorities into the allegations sent the shares of DWS plunging. The news wiped almost 15% from the share price of DWS within a couple of days.

“DWS stands by its annual report disclosures,” the firm said in a statement in August. “We firmly reject the allegations being made by a former employee. DWS will continue to remain a steadfast proponent of ESG investing.”

At the end of 2020, DWS labeled $540 billion of assets as ‘ESG integrated,’ more than half its portfolio. That compared with $87 billion of assets it labeled as ‘dedicated ESG’ at the time. DWS believes it reported these assets correctly and was transparent.

By October, BaFin contacted Deutsche Bank, which owns about 80% of DWS, about the role played by the lender’s president, Karl von Rohr, Bloomberg reported.

Although the situation makes things much harder for the German bank. Their CEO, Sewing, has made clear he wants the firm to take a lead in the $35 trillion ESG market. But is Deutsche Bank focusing on ESG enough?

Can Deutsche Bank convince investors it is focusing on ESG?

The German bank have made significant in-roads to improving their ESG credentials in 2021. Even before the WSJ story, Deutsche Bank had just agreed the first ESG and sustainability targets for an interbank financing in repo format in Central and Eastern Europe, Middle East and Africa (CEEMEA).

A few weeks later the bank successfully placed its first green bond in Formosa format, raising $200 million. The transaction marked the first ever USD Green Bond issued by an international bank in a dual-listing across Taipei and Luxembourg exchanges.

In September the bank executed its first ever green repo transaction as part of a new initiative to broaden the range of ESG fixed income products available to clients. Also in September, the bank set a record by arranging the largest-ever green bond with largest-ever orderbook.

In the bank’s third quarter results ESG continued to be a hot topic. And the bank is also doing well in Asia. Deutsche Bank’s sustainability-linked deals win accolades at FinanceAsia’s ANZ awards. Deutsche Bank has been managing the Queensland Treasury Corporation (QTC) 2032 green bond. The bond marked the largest semi-government green bond in Queensland. The proceeds of the bond will be used to fund a variety of green projects.

What are Deutsche Bank’s leaders saying about ESG?

Kamran Khan, Deutsche Bank’s head of ESG for Asia Pacific, spoke at this year’s Sibos 2021. He may not have mentioned Fixler herself, but he did explain how “I say ‘No’ on a regular basis to my own colleagues who want to call something ESG because it sounds good, and then to clients.”

Khan believes that “there is a responsibility for the financial services industry to put a reality check there.” Not just for Deutsche Bank.

Following on from COP26, Deutsche Bank is also a member of the Glasgow Financial Alliance for Net Zero. The bank’s CEO is clearly focusing on the topic of sustainability as well.

Covering the banks third quarter results, Sewing added some of his own reflections on ESG:

“The sustainability business also continues to be very successful. We were again able to book ESG financing and investments worth some 27 billion euros, including issuances for the UK and Spain. As a result, we have already enabled 125 billion euros in sustainable financing and investments since the beginning of 2020 and have now reached almost two thirds of our target of at least 200 billion euros by the end of 2023. We firmly believe that this trend will continue.”

The bank will be need to continue to prove its ESG credentials in 2022. Deutsche Bank will need to be focusing on ESG more than most of the largest banks in the world. This in turn may also put pressure on other banks and large companies to do more. Perhaps Fixler didn’t help DWS or Deutsche Bank very much. But she may end up having a hand in helping the entire industry move their focus onto ESG even more than before.

Other stories about Deutsche Bank include the #DisruptionBanking feature from 2020: “Why is Deutsche Bank Spending So Much on Tech?”