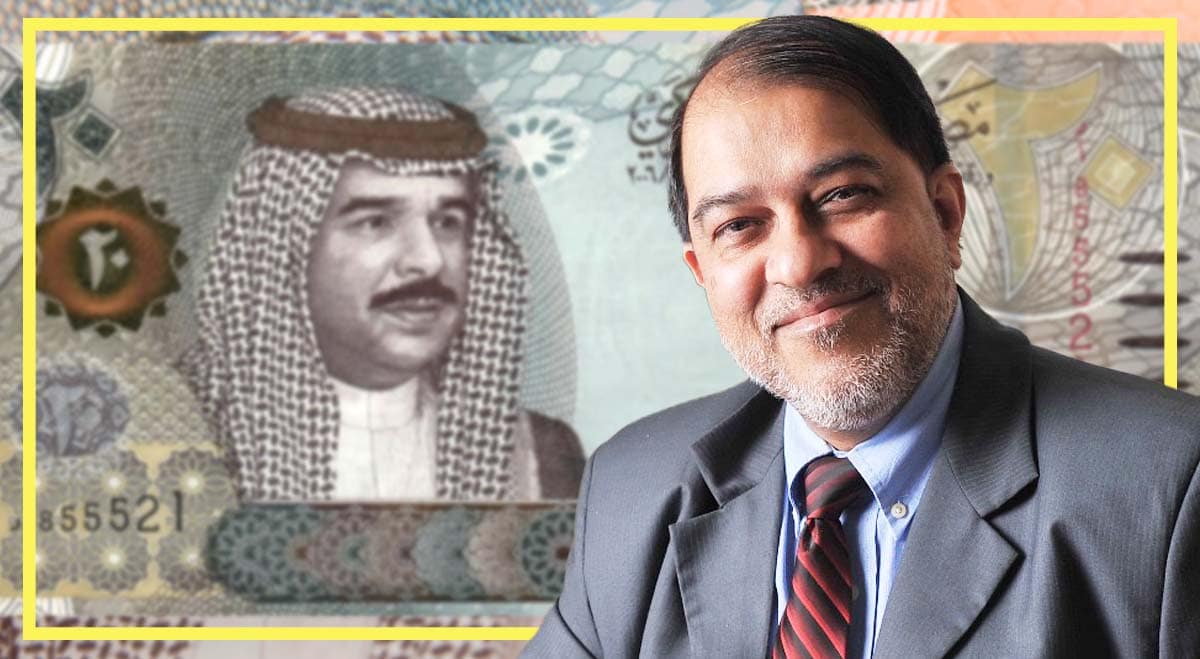 Islamic finance needs to show greater ambition and become more distinctive if it is to realise its potential for global growth.

Selling products that may be packaged differently from those available through conventional finance, yet differ little in substance, does little to attract Muslim populations seeking genuine alternatives, says Dr. Mohammad Omar Farooq, associate professor at the University of Bahrain.

“Merely matching the conventional counterpart’s performance is not enough to use or claim the ‘Islamic’ label,” says Farooq, former head of the Center for Islamic Finance in the Bahrain Institute of Banking and Finance. “There is a credibility issue that the industry needs to address.”

The key principles of Islamic banking are the sharing of profit and loss, and prohibition of the collection and payment of interest. Profits are made through equity participation, with borrowers giving the bank a share in their profits rather than paying interest. Islamic principles also prohibit investments in industries such as tobacco, alcohol, gambling and weapons.

Indonesia, which has the world’s largest Muslim population, is an obvious candidate to lead growth. According to Fitch Ratings, Islamic financing growth of around 8% in Indonesia in 2020 outperformed conventional banks, whose loans contracted by nearly 4%. Still, the country’s Islamic banking market share accounted for just 7% of the banking industry at the end of 2020. Demand remains constrained by limited awareness of and confidence in the products, says Bashar Al Natoor, Fitch’s global head of Islamic finance. “There is a lot of potential which is as yet untapped.”

The development of high-quality Shariah-compliant products, in Indonesia and elsewhere, has been hindered by product structures which, though they be contractually distinctive from those used in conventional finance, are substantively the same, Farooq argues.

He points to the example of asset-linked loans, used to circumvent the ban on charging interest. Some banks, he says, will disguise an interest-bearing loan within a transaction that involves the sale of an asset, such as gold and silver, to the customer. Yet the bank does not have the gold and is not in the business of gold: the transaction is simply window-dressing. “Many have trouble accepting this as Islamic.”

Likewise, asset-based sukuk financial certificates, where the investors or the sukuk holders do not have recourse to any specific asset to recover their money in case of default, are in practice very close to conventional bonds, Farooq says. The “indicative rate” used in sukuk is “merely a contractual evasion” to try to replicate interest-based conventional benchmarks, he argues.

In research published in March, Moody’s points to potential for growth in African countries with large Muslim populations but low Islamic finance penetration, including Egypt, Tunisia, Morocco, Nigeria and Senegal. But the industry “has not increased as fast as it should have” considering that the overall target market comprises more than 24% of the world’s population, says Nida Khan, CEO of fintech consultancy Nash fintechX in Luxembourg.

Some Muslims look at Shariah-compliant securities as being “out of reach”, she says. The primary obstacle is cost as people tend to go for whatever product costs less, she says.  Yet there are “pent-up desires” for Shariah-compliant products and services which the industry has largely failed to meet.

She argues that reducing the emphasis on Islam in marketing would increase the target market.  There needs to be more emphasis on “satisfying a need in the market” rather than just “appealing to the faith. A product should be strong enough in itself to sell without resorting to the use of religion as a marketing agent,” she argues, pointing to an analogy with halal restaurants who carry the halal label but don’t market their food on that basis alone. “If the food is delicious, people from all faiths help in the growth of the restaurant.” Farooq agrees that there is “huge potential to serve a larger percentage of the Muslim population as well as non-Muslims, if Islamic finance frees itself from the self-imposed limitation of being merely Shariah-compliant.”

Fintech, Khan argues, is part of the solution. Islamic financial firms, like their conventional competitors, need to meet the technological standards set by tech giants in product delivery. There is potential for “exponential” growth in Africa and Asia if “slow delivery times, high costs and tedious client interfaces” are tackled, she says. “People prefer ease, faster processes and reliability. If any of these factors are lacking, clients change loyalties very fast.” Islamic institutions which have robust technology teams and can be classified as fintech institutions are best placed to expand, she argues. “The future belongs to financial technology.”

Islamic digital challenger banks which compete head-to-head with incumbents have the best growth prospects, says Wahida Mohamed, founder of the Islamic Fintech Hub for sub-Saharan Africa in Mombasa, Kenya. She points to Tayyab and Rizq/Baraka in the United Arab Emirates and Meem in Bahrain as promising examples of Islamic digital challengers. Such banks “tend to target digitally native, unsatisfied, under-banked, or unbanked” people who often have simple banking needs, she says.

Still, Wahida Mohamed notes, Islamic fintech remains at an early stage and what is currently available “mirrors the conventional market to a large extent which may not be attractive to many Muslims.” The challenger banks also bring new security challenges as a significant portion of their apps are not directly under their control. The source code is usually provided by small companies or even individual developers who may not have a budget for cyber-security, leaving the door open for attacks, she says.

The Islamic finance movement, Farooq notes, started as part of the anti-colonial independence struggle in the colonised Muslim world. Many who sought independence from European empires saw the struggle as part of an “Islamic renaissance”, to include comprehensive transformation of national economic systems.

But once independence was achieved, he says, the new ruling establishments had no appetite to implement such a transformation and the mission to build Islamic economies was abandoned.

One result of this lack of confidence that a modern financial system could be run entirely on the basis of Islamic teachings was the adoption of dual national banking systems, he says. “The entire approach has created a credibility gap with the broader Muslim community. The very notion of Shariah compliance has been reduced to products and services being merely ‘prohibition driven’”.

The Islamic industry, Farooq says, has tended to restrict itself to trade finance, while large numbers of Muslims who are too poor to save much remain outside the banking system. Yet, he argues, the widespread Muslim dissatisfaction with conventional finance means that the potential for growth is real. The Islamic industry’s inherent caution meant that it outperformed during the Great Financial Crisis starting in 2008, showing a “responsible side” to Islamic finance. Now that we are in a bull market, progress won’t be achieved while the industry remains in “matching mode”, simply seeking to replicate the returns achieved elsewhere.

To be genuinely Islamic rather than just Shariah-compliant, banks need to offer higher rates on deposits and charge lower rates on financing, he says. One way forward, he argues, would be through credit unions or cooperative banks, in which depositors are also shareholders. These, he argues, would be able to offer higher savings rates and also meet the Islamic aspiration of distributing ownership more widely. In a paper published in 2019, Farooq argues that cooperative institutions are resilient during economic downturns and provide better risk-adjusted returns. (1)

That does not mean that Islamic finance should content itself with being risk-averse. That cautious approach, Farooq argues, has led Islamic banks to pay insufficient attention to sectors such as manufacturing and agriculture. “This actually minimizes Islamic banks’ contribution to the development and serving of the real economy. The claim that Islamic finance is closely connected with the real economy is somewhat misleading. Islamic finance must take a more aggressive and targeted role to support entrepreneurial activities and business development.”