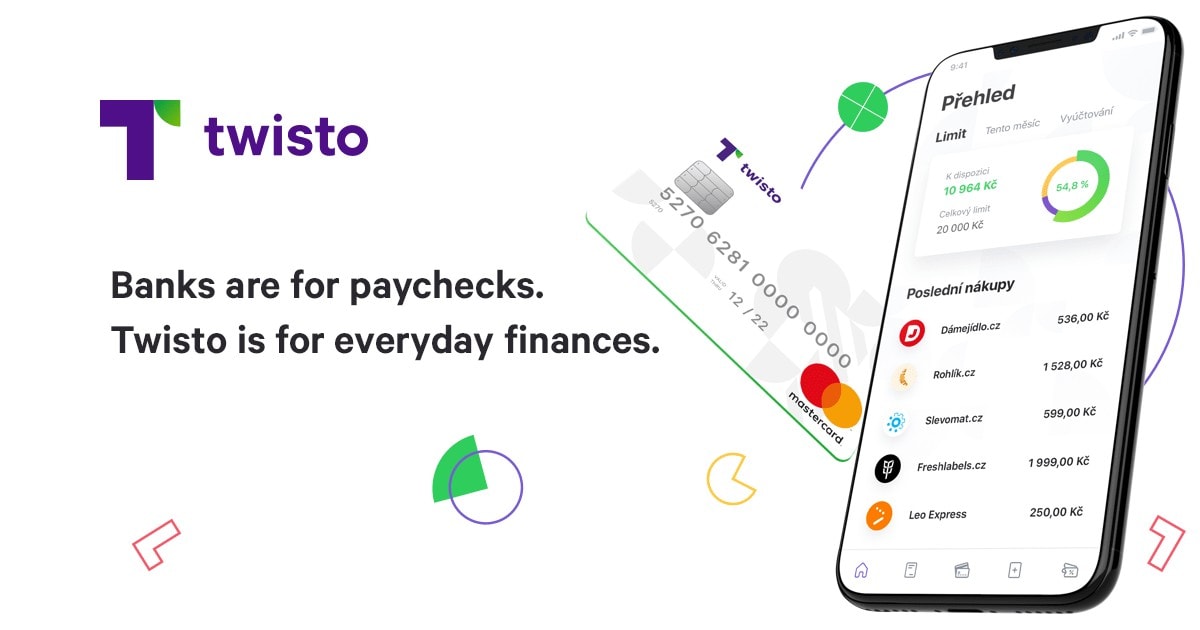 Twisto makes a move on the Polish and Romanian markets

Twisto, a multi-currency card with a credit option, is now set to expand into Poland in October, and Romania soon after.

Twisto is the creation of Czech Michał Šmída, who while working in London noticed that there was not enough autonomy and security given to personal banking, particularly in his home country. So in 2013 he launched Twisto, offering a ‘buy now, pay later’ option that, Šmída argues, gives customers security in online shopping.

However, Mr Šmída soon realized that the majority of transactions in the Czech Republic took place in stores, so the payment app with a credit card option was created. The app allows users to track their expenses, receive notifications of what is spent and get a free credit limit per month, as well as make transactions at the best interbank exchange rate.

While the app may appear similar to Revolut and Monzo, Mr Šmída suggests that Twisto is not competing on a global market, but is specifically aimed at personal banking customers within the region.

When questioned how this system is different to a bank-loan system, Mr Šmída told INN Poland that unlike a bank, you do not have to wait long and give out excessive amounts of personal data to receive a loan. Instead, Twisto uses a data analysis engine that generates credit scores based on spending history, phone type and address, allowing a decision to be made within seconds.

Mr Šmída argues that the company expansion into Poland and Romania will allow for more aggressive expansion after years solely in the Czech market. He further suggests that his app is filling the gap created by banks that offer fast lending and high interest-rates. Twisto, he claims, is a company that would focus on the customer, as “there is room for a revolution in personal finance.”