With governments cracking down on privacy coins, is harsher crypto regulation in store? 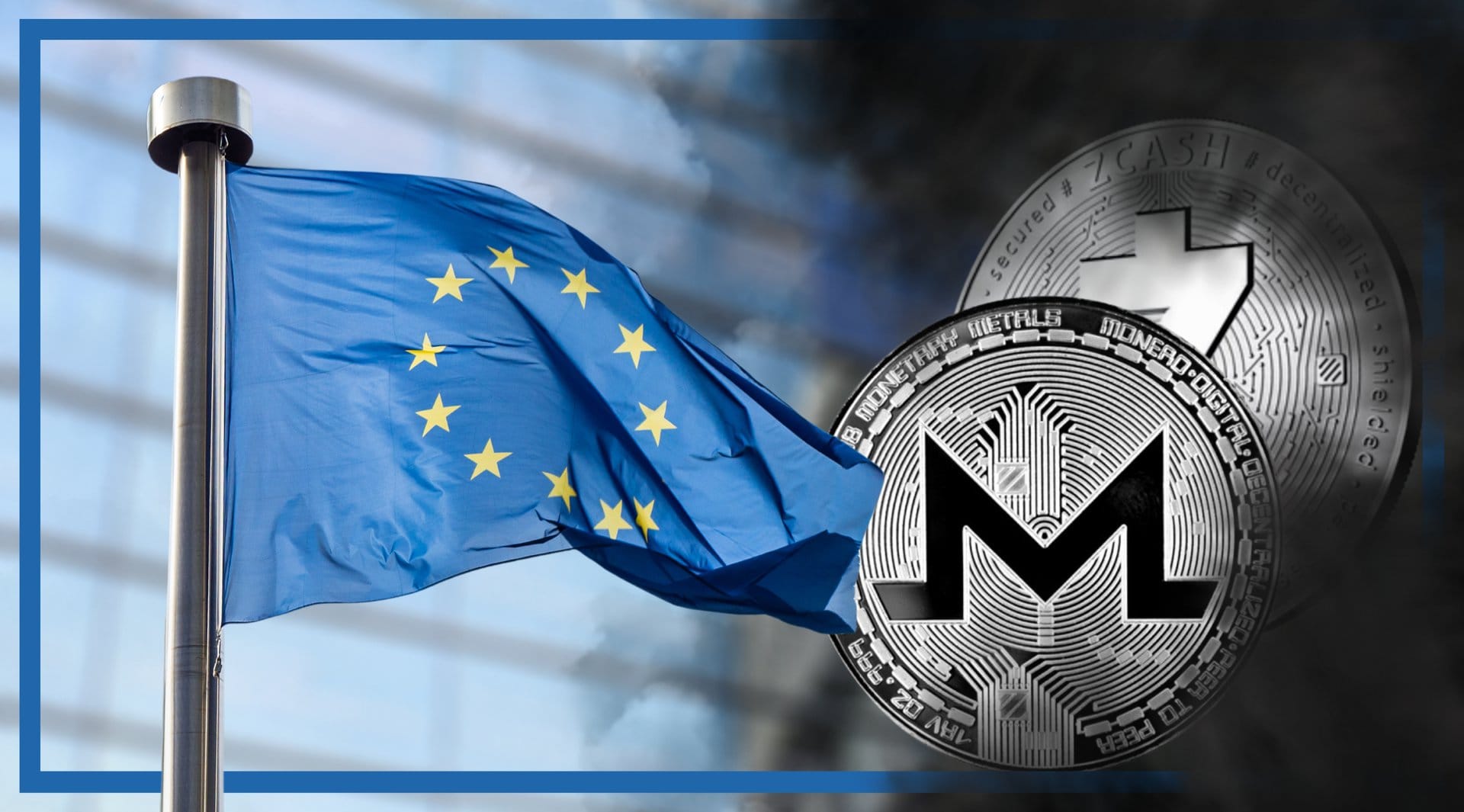 A leaked EU document viewed by CoinDesk reveals plans to ban banks and crypto platforms from accepting privacy coins. Czech officials proposed the ban in a bid to reduce the risks associated with privacy coins and are chairing talks on the issue.

The leaked legislative draft outlined: “Credit institutions, financial institutions, and crypto-asset service providers shall be prohibited from keeping …anonymity-enhancing coins”. Following the FTX scandal and other failures last year, demands for regulations have grown. Given the amount of scepticism given the events of 2022, will harsher regulation be welcomed by the crypto community?

By using cryptography, privacy coins allow anonymity for traders. They hide the user’s wallet balance and address, while still using blockchain technology as a distributing ledger.

The benefits of privacy coins are numerous. For one, they impede spectators from viewing transactions and a wallet’s balance. This means users cannot be specifically targeted by hackers if they have a larger balance.

Monero (XMR) and Zcash (ZEC) are the most popular privacy coins. At time of writing, Monero has a market cap of $2.76billion and Zcash $640.54million. Surges in the popularity of privacy coins often accompany crackdowns on crypto trading. In 2021, there was a 20% increase in purchasing of privacy coins after a letter from the Australian Taxation Office (ATO) outlined that crypto was a taxable asset, and that any failures to declare could result in penalties for tax evasion. Recipients were given 28 days to disclose their crypto trades.

Privacy coins have proved divisive. For many crypto traders, the visibility and transparency of transactions and a user’s wallet is the purpose of crypto and decentralisation. But are they necessary to protect individuals?

In August this year, the US Treasury placed sanctions on privacy coin Tornado Cash, claiming that the coin allowed users to launder $7 billion through the platform into virtual currencies. This included speculation that North Korea hackers had stolen $455 million through the platform. The sanctions imposed on Tornado Cash caused prices of privacy coins to drop, with Monero (XMR) falling by 15% in the aftermath. Despite this, privacy coins outperformed market averages in August.

As evidenced by the increase in privacy coin purchases following the ATO warning, this resilience is arguably the result of traders using the anonymity provided to evade tax or other responsibilities. In response, various regulators have pressurised cryptocurrency exchanges not to offer privacy coins, resulting in delistings. In Japan and South Korea, large exchanges such as UPbit and OKEx have delisted Monero, Dash, Zcash and several other privacy coins.

Why does the EU want to ban privacy coins?

The crypto space has been repeatedly described as a “wild west,” a place of chaos with little accountability. This has been arguably seen the last couple of months with an apparently stable platform – FTX – filing for bankruptcy, and prominent CEOs being arrested for fraud or on the run. Crypto has also become a space for scams, hacks and money laundering. Ordinary users are predominantly affected and at risk, in some cases, of losing life savings to bad actors in the space, with little or no protection from authorities.

New FTX CEO, John J. Ray III, put in charge of overseeing the company’s bankruptcy proceedings, stated: “FTX Group’s collapse appears to stem from the absolute concentration of control in the hands of a very small group of grossly inexperienced and unsophisticated individuals who failed to implement virtually any of the systems or controls that are necessary for a company that is entrusted with other people’s money or assets.”

As this episode demonstrates, the lack of sophisticated infrastructure, established boards, and unvetted hiring processes continue to be rife in the crypto space. Stopping the trade of privacy coins arguably does commence a much-needed crack down on the scammers and money launderers. But is it the first step in establishing rigorous crypto regulation?

The governing bodies have a responsibility to protect investors from bad actors using the platform for illegal purposes. And as scammers and hackers tend to hide behind privacy coins due to their anonymity, banning platforms and banks from accepting them would make it harder for hackers and scammers as they would be more easily caught.

However, will this proposed regulation threaten entirely legitimate coins?

Vitalik Buterin’s Soulbound Tokens (SBT) are based on the credentials of encrypted non-transferable NFTs, preventing the fabrication of things such as certificates and jobs. For example, if you say you have a degree from a certain university, the university will transfer from their private wallet a SBT of a degree to your wallet.

But Vitalik and his co-workers explain in their paper Decentralised Society that they are developing methods to allow tokens to have the option to be hidden. Despite being a sensible privacy measure in this case, given the personal data SBTs deal with, could these be banned under anti-privacy coin laws? A balance will need to be struck – balancing the right to privacy with the need to prevent anonymous?

Arguably crypto trading platforms have taken on their own viewpoints of privacy coins. Most exchanges – including Coinbase, Binance.US, and Crypto.com – do not list Monero or other major privacy coins.

Other regulations proposed in the Anti-Money Laundering Regulation document, by the European Commission in 2021, include the prohibition of large cash transactions and the introduction of a new anti-money laundering agency, AMLA, to vet practices at large financial institutions. It therefore seems that governments are rapidly trying to introduce regulation into the crypto space in an attempt to protect users. Banning privacy coins could prove to be an important first step in this task.