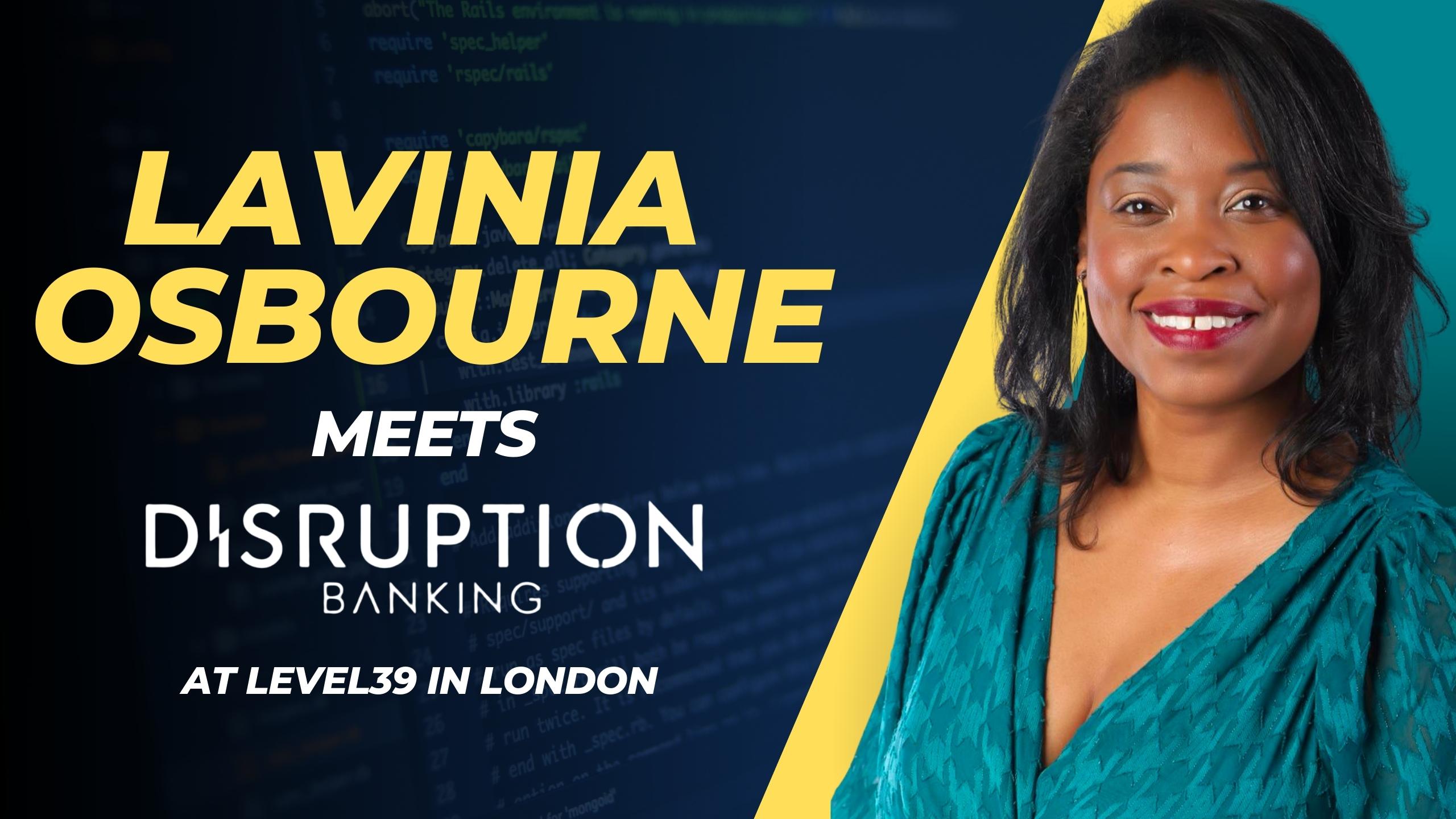 Distributed Ledger Technology, Blockchain, Encrypted Wallets, Peer to Peer, everyone is talking about it. And what about all this Web3 stuff?

Blockchain today is becoming more relevant today than ever. The global blockchain market is unsurprisingly forecasted to grow to over $39 billion by 2025. As for companies like JP Morgan and others, they are expected to spend $20 billion per year on blockchain technical services by the end of 2024. Those are some big numbers.

The vision of blockchain during its rise to popularity has been that of financial inclusion. How everybody can get involved: everyone who previously couldn’t fully join in with traditional global financial and social systems. But have we somehow lost this vision with all the talk of big business? #DisruptionBanking spoke with Lavinia Osbourne, Founder of Women in Blockchain Talks, about some of the challenges women looking at blockchain face today.

In today’s world technology companies are criticized for their workforces having only 34% women. Whilst a study from 2020 showed that in blockchain there are only 12% women.

This statistic might shock you. It certainly isn’t an encouraging one for women considering a career in blockchain. Or those women who might be considering incorporating blockchain into their current businesses. Why? Because when the industry is male dominated it can feel intimidating or exclusionary.

This makes things challenging for both women as well as the whole industry. Blockchain’s vision was to include all participants, allowing everybody’s voice to be heard. More reason for more women to claim their place in blockchain.

Why should women consider blockchain?

It’s not just cryptocurrencies as many seem to think. Blockchain has already found a use case in industries as wide as space exploration to pharmaceuticals. Not to mention how blockchain is the basis on which people make payments in the Bahamas today, and have been since 2020.

There are other use cases too. Take the popularity of NFTs. All of which are traded using blockchain technology. NFTs have helped struggling musicians during the pandemic.

They might have taken the NFT craze a step further last year. And you think that is a gimmick? DJ Justin David Blau or 3LAU is an American DJ who took the NFT leap and sold the world’s first digital tokenized album, generating over $16 million.

Even sports teams are embracing NFTs with Tezos blockchain sponsoring Man Utd’s training kit. Both Tezos and Binance are influential participants in the NFT marketplace today:

And we’re only touching the surface when it comes to NFTs. As unique, digital, transferable assets they have the potential to disrupt multiple industries. These can vary from traceable supply chains in logistics to NFT-based digital identity solutions where you can store your personal data. NFTs might be a good place to start for women, as an alternative to some of the other blockchain experiences.

Blockchain is decentralized. There are no running costs. You can store your assets in multiple locations without incurring any costs. There’s a lot to consider for women from a business perspective. Blockchain can be a tool to streamline costs.

Why aren’t more women getting involved? The blockchain space shares similar challenges to the wider technology industry. There is a difference. That difference is ‘representation’. Having the option to attend events or join groups that are male dominated can be a barrier to entry for not only women, but diverse women from around the world too. This challenge is real. Even though anyone can participate in the blockchain industry if they have an internet connection at home. There is still a barrier.

How can women get involved in blockchain?

If you are a woman or know of a woman looking to start her journey in the blockchain industry, the best way to start is seeking out education, training, and information. Look to learn more about the technology and what it can do. Women can work out what part of blockchain interests them the most. Be that NFTs or any other sector that blockchain has a use case.

Want to know more about the lady who shared her thoughts with us? A lady who is a woman in blockchain. An agent for change for blockchain. Lavinia Osbourne.

Lavinia is an entrepreneur at the vanguard of NFT development and a futurist for the emergent metaverse. Through her work leading Women in Blockchain Talks (WiBT) she has been nominated for numerous accolades such as the National Diversity Award for Community Organisation and Best Diversity Resource / Initiative Award. Lavinia is also one of Wirex’s Rising Women in Crypto 2021, a TechWomen 100 winner and a 2021 LinkedIn Top Voice in Tech & Innovation. And Cogx Gender Leadership winner in 2022.

Lavinia passionately believes in blockchain’s egalitarian ideals. She has made a commitment to utilize her knowledge, connections, and entrepreneurial spirit to bring opportunity for all. Lavinia is dedicated to breaking down barriers by raising under-represented voices.

Women in Blockchain Talks (WiBT), in and of itself, is the UK’s leading diversity driven blockchain education and networking ecosystem. The WiBT seeks to amplify under-represented voices within blockchain. The mission of the WiBT is to give the skills and the confidence to anyone regardless of age, gender, nationality, or background.

In September WiBT celebrates its 3rd anniversary. During that time WiBT has grown from a monthly interview series to a growing community with various events. A campaign / quiz to onboard 50,000 Women into Blockchain by 2023. The WiBT also has a podcast, website and runs NFT ‘minting’ parties.

Events will follow as well as the launch of their global chapters. In March 2023 there will be a 3-day Women in Blockchain Summit where most speakers will be women and non-binary. There will be a creche available for attendees with children. Tickets are available now at WiB | 2023 (cyprusconferences.org)

To learn more about WiBT you can join the campaign at Main Campaign Page – 50k women (mykajabi.com) or join the community for free at Ugenie

Want to find out more about Lavinia? You can watch her latest interview with #DisruptionBanking in the offices of Level39. In the heart of Canary Wharf, London: