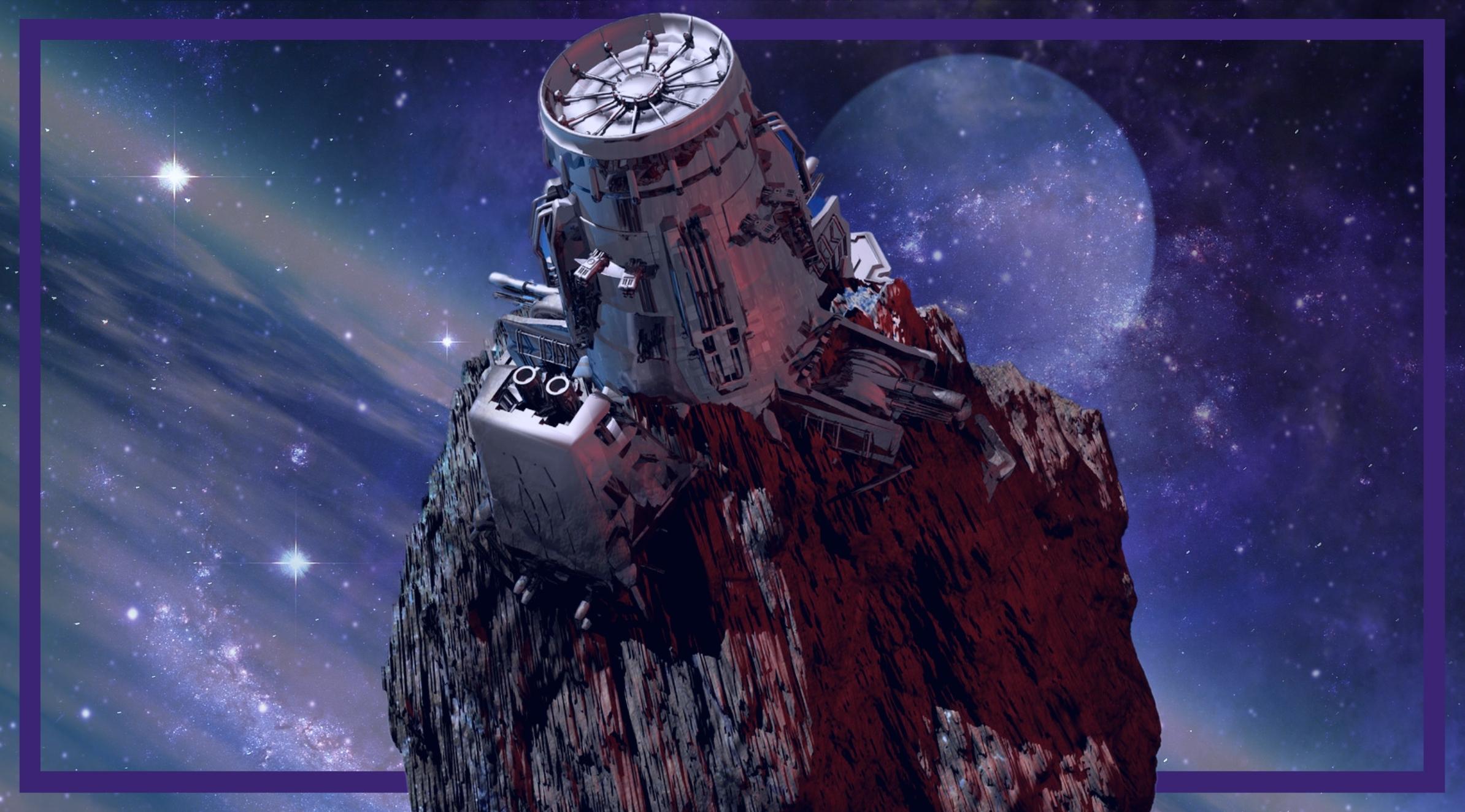 With political tensions between major superpowers re-igniting everywhere from Ukraine to the South China Sea, it was perhaps always only a matter of time before the space-race would begin to look outwards once more. Over the half a century since the end of the last space-race, unsurprisingly, the participants have changed. Whereas previously the battle was primarily between governments, increasingly innovation is also driven by a rivalry between individual billionaires.

That is not to say governments are not investing. Alongside SpaceX’s Mars plans, NASA’s Artemis missions are planning a manned-return to the moon. As well as this, there are possible visits to asteroids by the middle of the decade, alongside Mars landings planned for the 2030s. China too are seeking to send a manned mission to the moon and establish a base there in the 2030s. They already sent an unmanned mission to the dark side of the moon in 2019. Where space infrastructure innovation has recently focused around earth’s orbit, it appears investment is looking further afield.

Moon and Mars missions are arguably more related to political prowess than real-world use when compared to satellites. Nevertheless, adjacent technologies relating to mining in space have already received some interest from private institutional backers seeking long-term returns. The space mining market is expected to grow from around $0.5 billion in 2017, to $2.84 billion by 2025. There have been some notable early missteps however. In 2016, asteroid mining start-up Planetary Ventures received $50 million in initial funding from figures including Larry Page, former Google CEO Eric Schmidt and well-known director James Cameron. It was soon bought out and pivoted away from mining to blockchain projects such as crowd-sourced satellite-tracking.

The truth is that the economic case for asteroid mining isn’t close to being realised with technology we can reasonably expect over the next few decades. The economic benefits of asteroid belt-mining have long been touted as a way to provide a much-needed source of rare-earth metals. However, the reality is that less than a gram of asteroid has, as of May 2022, been successfully returned to earth. A further 60g aboard Osiris Rex is set to return by September 2023. To put this into perspective, whilst the Osiris REx mission has now successfully accumulated its payload, the craft’s fuel-weight alone is around 1.2 tonnes.

All mining missions so far, have expelled orders of magnitude more material into space than they’ve brought back, making it a grossly inefficient practice.

To further cast the economics of such an endeavour into doubt, assuming a price of gold in the region of $60,000 per kg, even if one were to mine a tonne of gold, the value would be a paltry $60 million. The Osiris REx programme cost over $1 billion. While costs will inevitably come down, given the likely technological limits of the next 30 years, it easy to see why this attempted re-centring of economic outer-space away from earth’s orbit is dismissed by experts such as Jeff Kargel (University of Arizona) as little more than fantasy.

The Power Of Fantasy

Yet, just because something is grounded in fantasy, does not make it irrelevant to the direction of future investment. Speaking of the manner in which sci-fi had influenced space-programmes, academic Peter Redfield an Anthropologist at the University of North Carolina once remarked of ‘the uncomfortable fact that these fictions provided space exploration with a recognisable future, and thus helped engender fantastic practices. These dreams found engineers, eager to materialize them.’

Imagination can have a profound influence over the direction of future-innovation and should not be ignored. That one of the key early investors in Planetary Ventures was James Cameron, whose Avatar franchise is based around a conflict between corporate space-mining and an indigenous species, only adds further weight behind this theory.

The realm of outer-space holds a particular mythos within the popular imaginary that makes it extremely attractive. It can be of no surprise that two of the world’s richest men, Elon Musk and Jeff Bezos, are so involved. This is a chance for them to etch themselves ever deeper into the history books. For those with billions to burn, this is (in their opinion) a worthy cause. Yet, for the majority of institutional investors, returns rather than status are likely to be of primary concern. Thus the length of time required for such an investment to viably generate a reliable turnover is concerning.

Experiments are being undertaken regardless and investment is not just coming from the US. Chinese-based Origin Space’s NEO-1 satellite was launched in 2021 to test-technologies with an eye to launching a first commercial mining venture in 2045.

Public-body confidence in space mining is nevertheless still low. NASA has agreed to pay company Lunar Outpost a solitary dollar. Several more will be paid between $5000 to $15,000 to excavate Lunar material weighing between 50-500 grams. NASA will then collect this material at a later date. Whilst Lunar Outpost were already planning on collecting some Lunar Regolith anyway, given NASA’s total contractor budget was around $250,000 (a relative drop in the ocean), this could be an indicator of a low-confidence, risk-averse stance on space-mining. Their priorities appear to be elsewhere. Whilst they are happy to act as a collaborator, they clearly do not wish to dedicate resources to developing the technology themselves.

Cleaning or Quarrying: Which Is More Important?

Perhaps there are lower-hanging fruit to pick first. With the total mass of all space-objects in orbit at around 10,000 tonnes (of which around 7,000 tonnes is classified as debris) collecting the resources we have already sent into-space may be of greater use. Most importantly, it may also represent a far easier challenge, whilst using much of the same technology. With the space industry set to be valued at $1 trillion by 2030, there are obvious incentives to ensuring the safety of payloads in orbit. Space junk is a major problem for future payloads: even a bolt or paint-shaving can cause severe damage to infrastructure at typical low-earth orbital speeds of around 17,000mph. Public bodies, as well as private investors such as Swisscom, have already appeared willing to pay private companies to help them protect their infrastructure.

ClearSpace, a Swiss satellite removal start-up has already achieved around 86 million euros in investment from the European Space Agency ahead of their initial 2025 launch. Whilst they still need to attain around 35 million euros more funding to be able to launch, ClearSpace-1, their first mission, seeks to remove a Vespa (a secondary Vega payload adapter. It weighs around 112kg) from earth-orbit. If it launches, it will be the first space-junk removal programme of its kind. Utilising a four-armed robot, the autonomous vehicle will act as a ‘tow-truck’ transporting the Vespa back to earth. The uses are manifold, protecting existing space infrastructure and recycling the old.

The Future Is Near: Literally

Whilst the mission’s success might act as a proof of principle in the long-term, this might not make their projects any more viable. Where the majority of asteroids are many million kilometres away, 70% of space debris is in low-earth orbit less than 2000km away from the Earth’s surface. The Vespa targeted by ClearSpace-1 orbits only 800km above the earth. Greater amounts of fuel required for space-travel require even greater initial amounts of fuel to launch due to added weight. Inevitably the costs of object removal are going to be far lower where the fuel required to reach such an object is comparatively negligible.

Whether ClearSpace succeeds or not, the similarity of technological principles between asteroid mining and payload retrieval is likely to offer a key warning to investors: investing in technologies which have an initial focus closer, rather than further away from earth are far and away the most likely to be profitable for the foreseeable future.