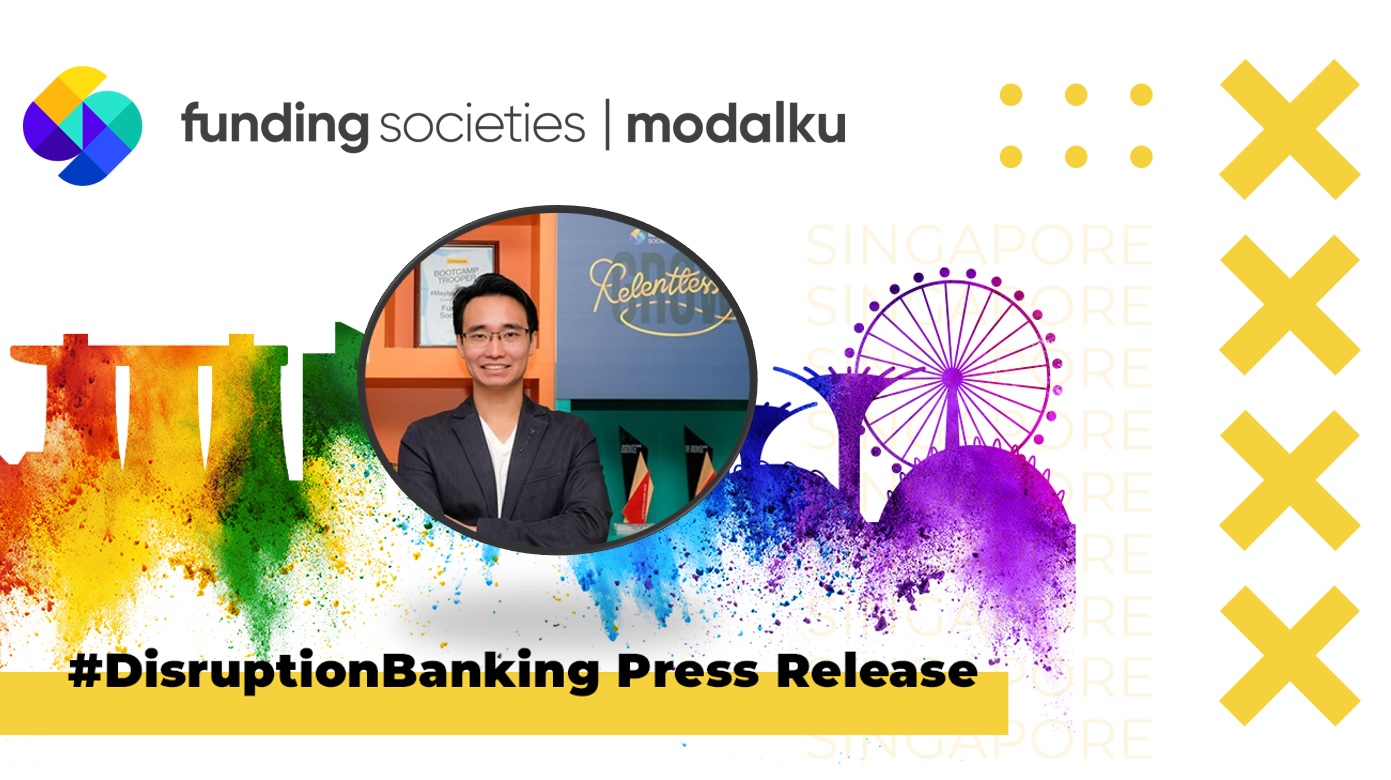 Singapore, 16 February 2022 -Funding Societies (which goes by Modalku in Indonesia), Southeast Asia’s largest SME digital financing platform, today announced that it has raised* US$144 million in an oversubscribed Series C+ equity round led by SoftBank Vision Fund 2, with new investors notably Vietnamese tech giant VNG Corporation, Rapyd Ventures, Asia-based global investor EDBI, Indies Capital, K3 Ventures, and Ascend Vietnam Ventures. The company also received US$150 million in debt lines from institutional lenders across Europe, the United States, and Asia, some of which have been drawn down since 2021. This comes on the back of its US$45 million Series C raised between 2020 and 2021.

The funds solidify Funding Societies’ position as a market leader in digital financing, and propels its expense management, and B2B payments services for micro, small and medium enterprises (MSMEs) across Southeast Asia. Its latest fundraise also provides US$16 million to former and existing employees via the company’s stock option plan, in the form of share buyback.

Funding Societies was founded in 2015 by Kelvin Teo and Reynold Wijaya out of Harvard Business School to empower MSMEs in Southeast Asia. The FinTech company solves MSMEs’ key pain points for growth, starting with the region’s US$300 billion financing gap. Although small enterprises make up almost 99% of total enterprises in Southeast Asia, they also face many hurdles in obtaining business loans from traditional financial institutions due to a lack of a credit track record or collaterals to pledge. Funding Societies offers micro loans from US$500 up to US$1.5 million, which can be disbursed in as fast as 24 hours, answering in a timely manner to MSMEs who face the pertinent challenge of accessing business funds.

Instead of using a traditional corporate supply chain approach to financial inclusion, Funding Societies has differentiated itself as a one-stop shop in SME financing with an AI-led credit model and value-added products to under-served businesses. A recent impact study**, with calculations using methodology by the Asian Development Bank, revealed that Funding Societies-backed MSMEs contributed US$3.6 billion in GDP.

Seven years in, the FinTech company is now licensed and registered in four countries across the region – Singapore, Indonesia, Malaysia, Thailand, and operating in Vietnam. To date, it has disbursed over US$2.1 billion in business financing to MSMEs through more than 5 million loan transactions in Southeast Asia.

Co-founder and Group CEO, Kelvin Teo, said, “We’re honoured by the faith of our new and existing shareholders. We started Funding Societies | Modalku to empower SMEs by solving their biggest problem, access to financing, especially unsecured financing. A common misconception is that we compete with banks. The reality is we ‘compete’ with savings, friends and families, and personal credit cards. There is a huge unsecured financing gap because it takes patience and focus, or you risk losing a lot of money. Having proven our AI-led credit capabilities in an unprecedented financial crisis, we look to serve SMEs even better with neobanking and deeper regional presence in Southeast Asia.”

“SMEs across Southeast Asia have historically struggled to access institutional finance and instead been forced to mainly rely on personal funding to support growth”, said Greg Moon, Managing Partner at SoftBank Investment Advisers. “Funding Societies is establishing a bridge for these companies to access more sustainable and cheaper financing by building unique data sets on their performance and using AI-led technology to assess their creditworthiness more effectively than traditional models. We are delighted to partner with Kelvin Teo and the team to support their mission to improve societies in Southeast Asia by funding worthy and underserved SMEs.”

Since 2019, Funding Societies has expanded its suite of financial services beyond lending and plans to bring its operations to more locations in Southeast Asia within the next 12 months.

It was given the MAS FinTech Award in 2016, the Global SME Excellence Award at the United Nations’ ITU Telecom World in 2017, KPMG Fintech100 in 2018, Brands for Good in 2019, and ASEAN Startup of the Year by Global Startup Awards in 2020. In 2021, it was honorably mentioned as Responsible Digital Innovator of the Year by World Bank IFC SME Finance Forum and won the MAS Fintech award for the second time.