U.S. Private Enterprises versus The Republic of Argentina 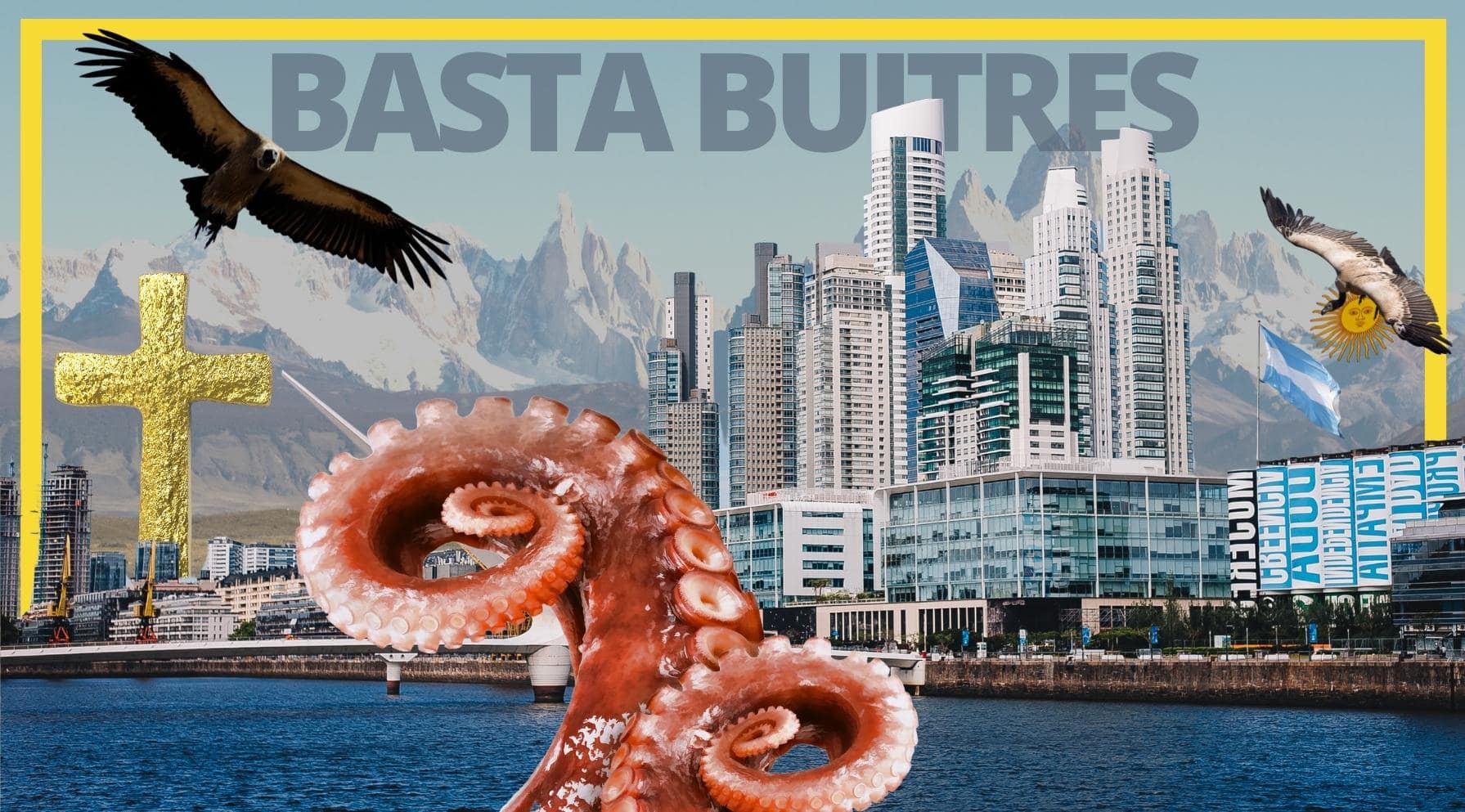 In the arm-wrestling match between public and private power, a consortium of hedge funds recently tilted the balance toward the latter by compelling Argentina to cough up information on how it calculated its 2013 GDP numbers. In early December 2021, this unprecedented event, little-heralded in the press, transpired due to a lawsuit led by a distressed debt hedge fund, Aurelius Capital Management, over warrants purchased during Argentina’s debt restructuring in 2005. Supporters of activist hedge funds see them ushering in an era of good governance on a global scale, with hedge funds playing the good cop against recalcitrant kleptocracies. Critics call these funds vultures, lamenting the vulnerability of nation-states to their ‘lawfare.’

The U.S. federal court of the Southern District Court of New York, the most powerful in the nation, denied Argentina’s motion to dismiss, signaling that Argentina may be on the hook for $61 million, a payout which Aurelius accuses current Vice President Cristina Kirchner of manipulating GDP statistics to evade. By changing the methodology of the calculation of domestic growth, the Kirchner administration allegedly reduced GDP growth to 3%, half the forecasted projection and safely below the level that would trigger payments on the warrants Aurelius and other funds had purchased back in 2005. VP Kirchner vowed never to surrender to “financial terrorism.”

However, after this latest defeat, Argentina is again learning what Puerto Rico learned in 2017: Mark Brodsky is a skillful adversary. After the small island nation filed for bankruptcy, Aurelius sued to recoup a $379.5 million stake in Puerto Rican government bonds, only 0.5% of the total. During three years of contentious litigation, Brodsky took the hapless nation all the way to the U.S. Supreme Court, although his claim faltered when the court ruled in favor of Puerto Rico.

Aurelius was initially joined in its hardball legal campaign by Elliott Management, another hedge fund, founded by Paul Singer, “one of the most powerful, and most unyielding, investors in the world,” according to the New Yorker. One of Singer’s few defeats landed the president of South Korea in prison after Singer’s opponents doled out bribes in their desperation to stop Singer’s attack on an internal Samsung merger.

Together, Singer and Brodsky, a former member of the management committee of Elliott Management, are a heavyweight duo in the elite world of suing countries. While Brodsky shuns the spotlight, Singer famously relishes being able to tell others, “I told you so,” and the crypto boom has him casting about for coping mechanisms, including “pulling out your hair,” “deep breathing exercises,” and “hiding under the bed,” until the day “when we can say, ‘We told you so,’” according to curmudgeonous excerpts of Elliott Management’s 2022 letter to clients quoted in Bloomberg.

The case is an example of Investor-State Dispute Settlement (ISDS), a strategy whereby companies influence the public policy of nations through mechanisms in international investment treaties. ISDS has enabled Cargill to sue Mexico over a tax on high fructose corn syrup. Dow Chemical sued Canada for banning a pesticide. Swiss pharmaceutical giant Novartis sued Colombia for imposing a price cap on the price of a leukemia drug. Investors must smell money because the volume of the ISDS docket has increased sixfold from 13 treaty-based lawsuits in 2000 to almost 70 in 2020, according to the UN Conference of Trade and Development.

Singer is an old hand at this game, making hundreds of millions back in the heyday of the 1990s debt crisis in countries like Peru, Brazil, Nicaragua, and Congo. Aurelius and Elliott Management are just a few of the hedge funds that have made staggeringly large bets on Argentina’s future. And the path is littered with forlorn funds that have taken a beating for their bullishness. Third Point blamed its largest third-quarter loss on the Argentinian election in 2019 when Autonomy Capital additionally lost a cool billion in one month.

However, sometimes, these hedge funds make out like bandits, like Kenneth Dart, who scored on Greek government bonds in 2012 and won again with a generous settlement in 2016 from Argentina’s former president Mauricio Macri over the default, resulting in a $892.2 million payoff for Dart. This concession wasn’t enough for Aurelius, Elliott, Davidson Capital Management, and Bracebridge Capital which pressed on.

The promise of malleable politicians and business-friendly judges keeps the funds coming back. Hedge fund attorneys filed claims against overseas accounts belonging to Argentina institutions, including the central bank and the Science Ministry. In effect, the Argentine government was shut out of international bond markets, and the judge overseeing the case, Thomas Griesa, decreed that Argentina was prohibited from paying principal and interest to bondholders.

Not only that, the judge issued an injunction against U.S. banks and other financial institutions from any action that would violate his order. The IMF watched in horror as these events unfolded, provoking anguished officials to contemplate an Amicus brief to urge the Supreme Court to reverse the decision.

For Argentine companies, cyclical downturns are nothing new. “As the country profile Argentina erodes, funding from traditional and capital markets becomes scarce,” explains Fernando Rodriguez, a consultant involved in the mining and energy sector, based in Santiago de Chile. “Therefore we see Argentine companies being to look within and seek funding from internal sources. We start to see a period of Argentine investments in home-based companies prevail, as opportunities arise but for those who get to understand the country cycle and those with a tolerance for its risk.”

For average Argentine people trying to manage their personal finances and long-term investments, it’s all about harvesting “lechuga” or U.S. dollars, according to Rodriguez. “People hoard money outside the banking system,” and that practice goes back to the 2001 confiscation of personal accounts. “A distrust in the banking institutions remains and the same cycle is repeated.”

The higher symbolic raison d’être of both Elliott and Aurelius is to serve as a quasi-regulator of contract practices in global credit markets. When a company or a country writes a bond, there is always a possibility, if the sum involved is large enough and the debtor sufficiently vulnerable, one of those funds might knock on your door.

And woe is the debtor whose doorway the shadow of Aurelius or Elliott darkens. Aurelius has used CDS or credit-default swaps, the arcane financial instruments made famous by the 2008-subprime mortgage crisis, to trigger payouts and drive large, otherwise healthy enterprises into bankruptcy. This tactic, highlighted in the saga of Aurelius versus Windstream Holdings, an Arkansas communications and cable provider, prompted Barron’s to ask in 2018, “Is Aurelius using a technicality to destroy the good work of Corporate America?”

If Windstream’s fate is any guide, the answer would seem to be ‘yes,’ considering Windstream finally filed for bankruptcy in 2021, citing the lengthy fight with Aurelius as the factor. Windstream was not on its way to bankruptcy but for Aurelius. Argentina is not a failed state, but Aurelius and the five other funds have nailed the country on a cross of gold, making it an example for other states that rely on the international bond markets to raise funds.

For 70 years, the Bretton Woods system, which includes the United Nations, the IMF, the World Bank, and the World Trade Organization, has struggled to construct a viable system of international finance to manage the domestic economic crises of member-nations so that cross-border contagions don’t cause regional or global disruptions. Clearly, loan repayment and accountability for indebted states have continued to be an issue.

In the final analysis, calling Mark Brodsky and Paul Singer and their ilk “vultures” seems unfair to vultures, which feast on the flesh of dead organisms. Brodsky and Singer literally flay and pull the meat off the bones of their victims while they’re still alive. However, with the potential for abuse by politicians who escape accountability by leaving office, maybe that’s the best way to police international credit markets, but their tactics have international observers wondering if there might be a better one.