Crypto – popular in the US, Russia, Nigeria and a few other countries 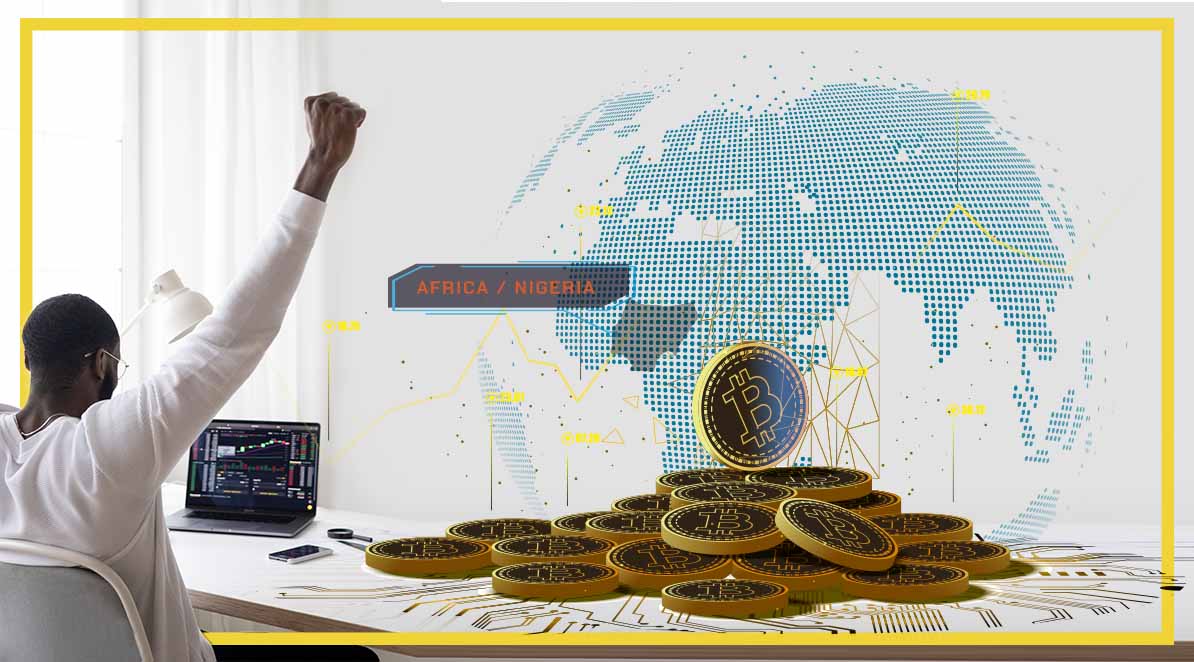 In late 2020 we covered a story with TradingView about some of the most popular assets investors were looking at in 2020. Bitcoin trended highest in California for instance, while Tesla won in Texas.

And while the TradingView chart shows that only Ethiopians in Africa are properly enthusiastic about Bitcoin, there may be a further angle to consider here.

Following on from yesterday’s Report by Citi, there are some tantalising sound-bites out there.

Our favourite quote from the report comes from Bin Ren of Elwood Asset Management:

“Bitcoin is like the first plane built by the Wright Brothers. They built it using human intuition and imitation of birds, long before fluid dynamics were formulated. Bitcoin was built by Satoshi using intuition and heuristics, and he didn’t start with a theoretical framework as the foundation.”

It’s mixed reviews on Citi’s soundbites this week. But if you look at the contributors who include BlockFi and Uniswap (Uniswap is backed by Coinbase), then the relevance of the FT’s stance comes under serious question:

The Growth of Crypto

Cryptocurrency started with Bitcoin in 2009, the technology was given little chance to succeed by many financial experts then. But the exponential growth of cryptocurrency has stunned almost everyone in the cryptocurrency world and the ‘other’ world.

2020 was a year of tremendous growth for cryptocurrencies with Decentralized Finance (DeFi) and NFT becoming more popular. Bitcoin and Ethereum recently hit their all-time highs of US$ 58,000 and US$ 2,000 in January 2021 as well.

The various governments of the world are aware of the advantages and dangers of cryptocurrency so they’ve instigated several new regulations. Some countries have gone further by banning companies and individuals from using cryptocurrencies, most recently, Nigeria banned the use of cryptocurrencies.

This explosive growth has given regulators headaches recently with USD tether and XRP on the regulators radar. The Securities and Exchange Commission (SEC) have accused XRP of selling unregistered securities to investors while USDT had to settle with the NYC department of Justice for US$ 1.5 billion.

Further we wanted to take you on a small tour of how various countries have been dealing with cryptocurrencies.

Nigeria loves cryptocurrencies, it is widely reported that Nigeria is the third after the United States and Russia largest Bitcoin market in the world. However, regulators in the country have been finding it difficult to deal with the explosive growth of cryptocurrencies. The central bank of Nigeria has been warning Nigerians about the use of cryptocurrencies.

Unfortunately, trust between the government and the citizens of the country is low and people have been bypassing government institutions for foreign imports by using Bitcoin as a means of transaction.

Locals have used established companies like Binance and Luno to convert their cryptocurrencies to Naira (the local currency). Nigerian freelancers are getting funds from their various hustles through cryptocurrencies.

The ‘END SARS’ campaign was a turning point in cryptocurrencies in Nigeria. The protest is a fight against the arm of the police force that has been brutalizing Nigerian citizens, the protest was widely supported by celebrities around the world including the CEO of Twitter, Jack Dorsey.

The government retaliated by freezing the accounts of top protesters but the donations for the campaign kept on flooding in through Bitcoin.

A few months after the protest subsided the country’s central bank dropped a memo stating the use of cryptocurrencies has been banned in the country. The ban has not affected Nigerians because Binance still allows Nigerians onto its p2p trading platform. The central bank of Nigeria will likely ban p2p trading soon but for now, the ban is ineffective.

“So it should be thoughtful and knowledge-based regulation, not prohibition. The point I am making is that some of the exciting developments we see a call for prudence and care in adopting them. We must act with knowledge and not fear.”

And, the US regulators have been having difficulty in regulating the use of cryptocurrencies in the country.

Cryptocurrency companies have been on the radar of regulators in recent time with XRP accused of selling unregistered securities to investors, the case caused a sharp drop in the price of XRP but the coin has recovered slowly since then.

The United States Secretary of the Treasury, Janet Yellen, is not considered to be a fan of cryptocurrencies and called them inefficient.

“It is a highly speculative asset and you know I think people should be aware it can be extremely volatile and I do worry about potential losses that investors can suffer,” Yellen said.

“I don’t think that bitcoin … is widely used as a transaction mechanism,” she told CNBC’s Andrew Ross Sorkin at a New York Times DealBook conference. “To the extent, it is used I fear it’s often for illicit finance. It’s an extremely inefficient way of conducting transactions, and the amount of energy that’s consumed in processing those transactions is staggering.”

The US Federal Reserve suffered a temporary outage as a result of an operational error a few hours after she made the statement. Maybe the fed has its’ own issues with efficiency.

The country is currently building a digital version of the yuan and it’s possible that more regulations will evolve to help make the digital yuan more popular than cryptocurrencies.

Countries are either banning cryptocurrencies or creating a relative environment around them. However, even before Citi’s report this week, it is safe to say that cryptocurrency has gone mainstream and a lack of proper regulation now will make it more difficult for governments to regulate cryptocurrencies in the future.