What would Junius Spencer Morgan make of Cloud and Artificial Intelligence? 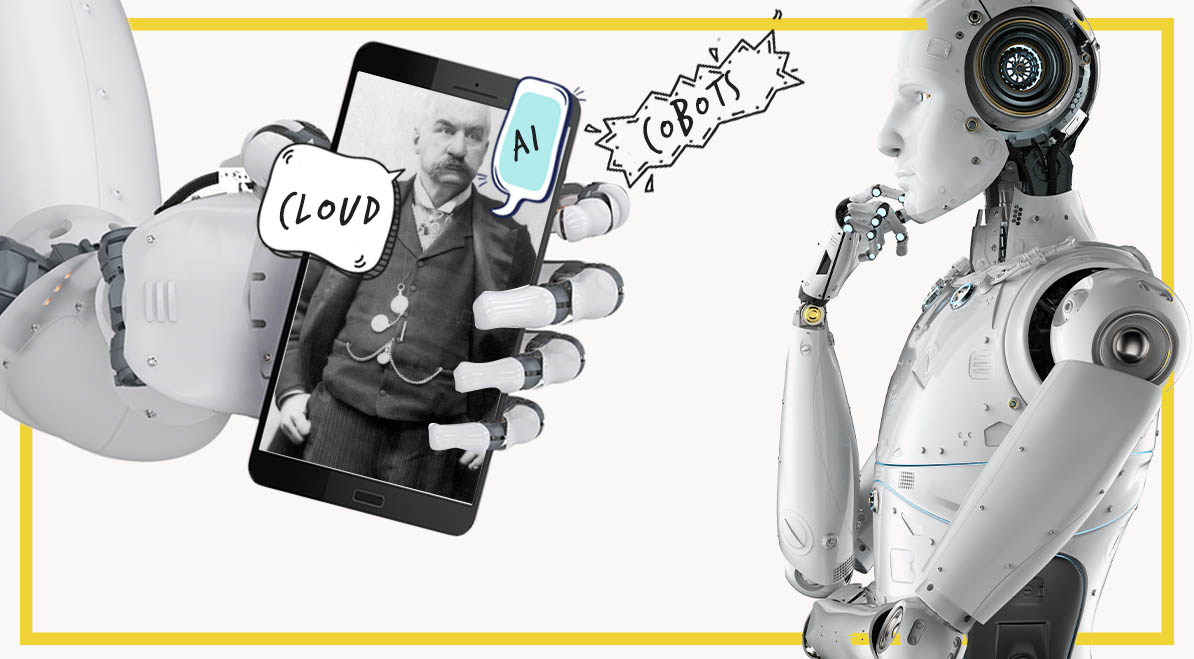 Junius Spencer Morgan, the father of John Pierpont Morgan of JP Morgan passed away in 1890, little did Junius know that 130 years later modern banking would have to face so much of what even to him must be considered “disruption” in the 21st century.

JP Morgan has already been through unending amounts of recessions and financial crises since the times of Junius. This has no doubt meant that JP Morgan was extremely well suited to cope with the Virus. Some traders are now returning to work for JP Morgan in New York over the next few weeks, but it will be some time before the offices will have anywhere near full occupancy.

Jamie Dimon has seen a lot since taking over as CEO in 2005, during JP Morgan Chase’s merger with Bank One Corporation. Some of our readers might be familiar with the phrase: “Fortress Balance Sheet” used by Jamie when he took over the banking giant back in 2005. Over the years some have criticized the concept of the fortress balance sheet, as it seemed to mean lower returns than other big banks would be offering. With two massive recessions over the last 10 years alone, how sound this policy seems to be today though.

In late 2017 Jamie Dimon met with students at Stanford where he talked about some of the following topics:

JP Morgan has become popular in recent years with the younger generation (and not just those who attend Stanford or Harvard), with millennials across the US flocking to get themselves JP Morgan’s Chase Sapphire Reserve card when it debuted back in 2016 (many of these cards are popular because they are “handcrafted”). The Annual fee for the card was raised to $550 in January 2020 as 40 million households now use the card… So it could be said that JP Morgan are good at creating products for the future, because even with the higher annual fee, demand is still there.

Is JP Morgan good with Technology too?

Since 2018 lots of stories have been coming to light about JP Morgan’s ambitions with Cloud and AI. Blockchain was already being proto-typed by the bank in 2017, trends appear to have moved on when it comes to some of the big banks, and today the talk is much more focussed on Cloud and AI.

Just to come back to Blockchain for a moment, and for those of you who hadn’t spotted this, JP Morgan issued their own Cryptocurrency in February 2019, the JPM Coin. By all accounts it is still in the prototype phase, but it makes Facebook Libra look a little less controversial, doesn’t it?

As recently as July 2018 Manuela Veloso, a Professor specializing in Robotics at Carnegie Melon University, joined the AI Research team at JP Morgan in New York, where she appears to continue her involvement even today. Manuela has been involved in large research projects including the design and functioning of “CoBots”, and started her involvement in Robotics in the late 1990s. Some of her past students have submitted projects such as Vittorio Perera’s “Language-Based Bidirectional Human and Robot Interaction Learning for Mobile Service Robots” , Vittorio is an Applied Scientist working for Amazon Lab126 in California.

Not long after, and back to California, JP Morgan brought in Google’s Apoorv Saxena as Global Head of AI (Technology) for JP Morgan. Saxena was then joined by Google’s Rich Merz as an Executive Director in AI Product Strategy and Transformation, and by Google’s Daryush Laqab as Head of AI / Machine Learning Products. Facebook’s Yang Wang had already onboarded by then, also to the AI team. The bank has serious plans to develop internal platforms, and some new ones no doubt, with the best technologists available. And although it is not clear if Manuela and Apoorv are actually working on the same AI projects, it does appear that they should be able to add value to customers of the bank.

It doesn’t stop in California either, with the bank opening an office “smack in the middle of the undisputed cloud capital of the world, minutes away from the biggest public cloud providers”. Todd Hrycenko, Global Head of Cloud, Platform and Application Cybersecurity at JP Morgan, shared that the bank opened the Seattle office because “the density of this sort of talent doesn’t exist outside of Seattle and a couple of other cloud pockets in the world, including Dublin and Hyderabad.”

In an interview with Geekwire in September 2019 Jamie Dimon shared a little more detail about what his teams including the one in Seattle are up to when it comes to Cloud:

“When cloud first got started, there was no reason to use someone else’s data center or their networks.” Jamie goes on to admit that he missed a trick though, by continuing: “It reduces the peak capacity that we’ve got to keep in (within) our own data centers, and you can burst excess workloads into the cloud. And it directly relates to AI. There’s just so much compute power in one split second that I simply can’t do in one of my data centers.

“So if you look at the whole shebang, yeah, it’s pretty powerful stuff. We’re building an internal cloud, a private cloud, and a public cloud, so that our applications can be developed ready for both, to move to either.”

And just in case JP Morgan miss any of the top talent outside the cloud pockets in the world that Todd Hrycenko earlier referred to. Yoav Intrator, who had earlier worked for Microsoft in Product Strategy, joined in December 2017, and has been growing the banks’ Technology Centre in Israel ever since.

Yoav spoke with Globes in February 2020 about the Athena platform him and his team are working on in Israel:

“The center here has been active for three years already, and has nearly 110 employees. A considerable part of the center’s team works in areas like fraud detection, authentication, cybersecurity, blockchain, machine learning and cloud computing.”

Yoav goes on to share: “The organization has a total of 18 technology centers spread around the world, and the center in Herzliya, Israel, is one of them. There are other technological center(s) much bigger than our local center, with thousands of employees, such as the ones in New York, Bournemouth and Glasgow.

“As part of JP Morgan’s global strategy, we are making a concentrated effort in blockchain that is having a global effect. Dr. Jacob Mendel is responsible for this team in our center,” Mendel joined JP Morgan’s blockchain excellence center in May 2019 after finishing his job as manager of the blockchain research institute at Tel Aviv University.

Lori Beer is responsible for the firm’s technology systems and infrastructure worldwide. Lori manages a budget of more than $11 billion and over 50,000 technologists supporting JP Morgan Chase’s retail, wholesale and asset and wealth management businesses.

In October 2019 Lori shared her thoughts at the CIO Exchange, where she spoke of how cybersecurity was a priority for the bank and how the focus at JP Morgan is how do we drive automation and how do we go after the Top Talent in the market.

A few weeks earlier, Lori had announced plans to hire even more tech talent in the banks’ new Glasgow technology hub. Lori is a very busy and a very charismatic technology leader and her efforts have been invaluable in the achievements of the bank so far.

To come back to how the bank coped with the Virus, there was an interesting quote from a recent Deutsche Bank Global Financial Services Conference on May 26, 2020 where Jamie Dimon told listeners:

On the 18th June, JP Morgan shared the results of a Survey amongst 130 CIOs with an average annual IT budget of $675 million. Interestingly Microsoft Azure is the most used Cloud Platform and is predicted to grow just a bit more than it’s current 48% of the market of Cloud services over the next 3 years. It is predicted that Amazon’s AWS will drop market share from over 35.7% to just over 31.2% while Google Cloud Platform may still grow from 7.6% to 11.2%.

It is certainly interesting to see what other CIOs are doing and what their plans are, but it seems that JP Morgan are well ahead of many of them. Its’ not just Lori Beer, but many of the management board are heavily focused on the Technology plans the bank is undertaking and fully behind both the multi-billion dollar budget and the drive for innovation.

How long will it be before we see autonomous branches where customers are welcomed by “CoBots” and the cost of banking is made even lower for the customer with even higher levels of satisfaction.

Better yet, what if Artificial Intelligence built into both CoBots and the banks’ Mobile Apps begins to show customers how to apply the concept of “fortress balance sheet” into their own everyday lives. Wouldn’t that bring a smile to Junius face?