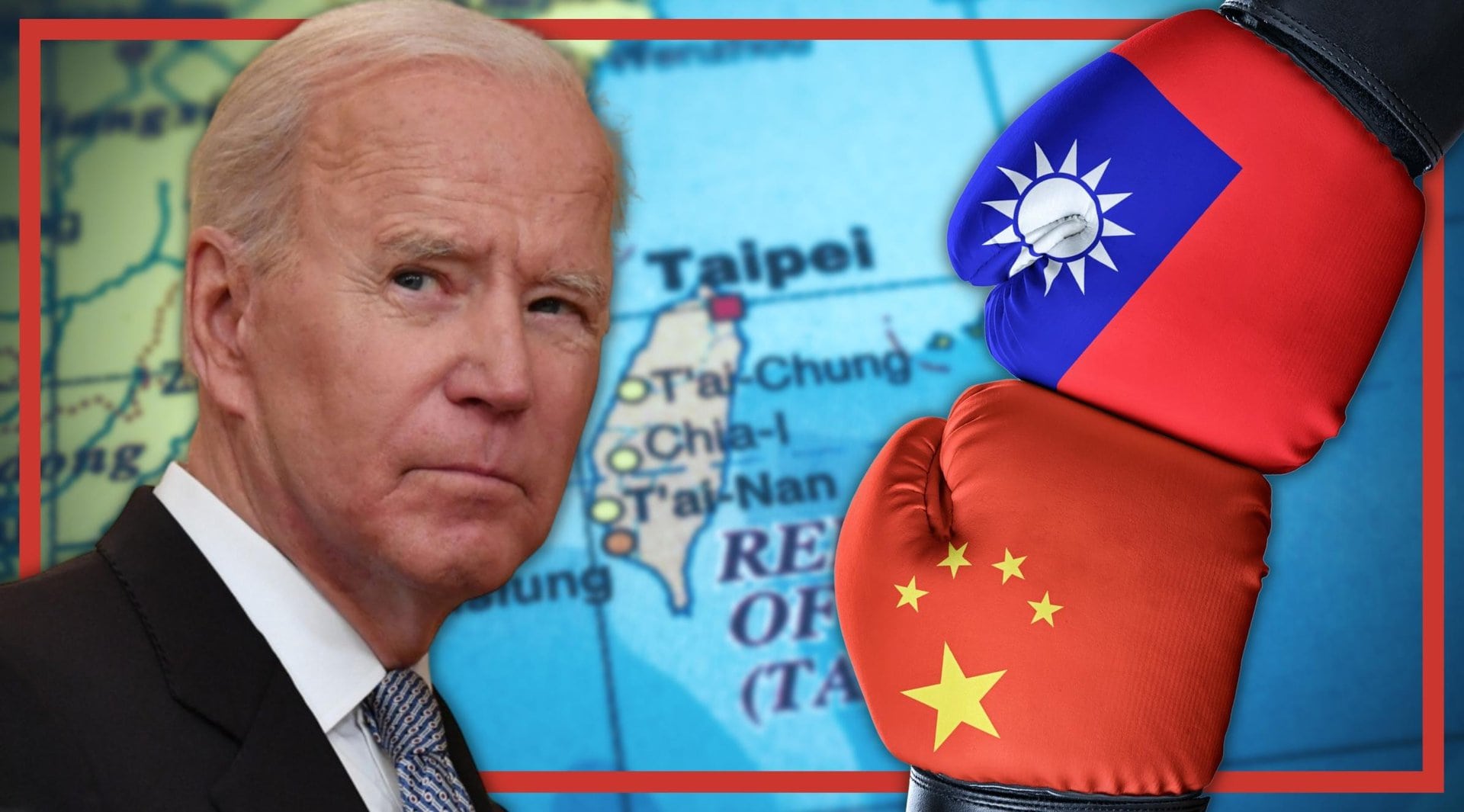 The repeated walking back of statements by Joe Biden that the US would intervene militarily to defend Taiwan against a Chinese attack is raising the dangers of conflict, experts say.

Comments from Biden that the US would defend the island clash with the historical US approach of “strategic ambiguity” under which commitments have been left deliberately vague. Aides have later walked back Biden’s comments, sending a confusing message, says Mark S. Cogan, associate professor of peace and conflict studies at Kansai Gaidai University in Japan.

“Doing this just once is a just a gaffe, but four times, it is clearly undermining a long-standing U.S. policy that’s been on the books since the late 1970s,” Cogan says. “That is a recipe for disaster.”

Biden’s comments were welcomed by Taiwan’s foreign ministry. The US maintains unofficial relations with Taiwan, but there is no formal defence treaty committing it to defend the island, as in the case of Japan, South Korea, or NATO members.

China and Taiwan have been governed separately for over 70 years and China’s Communist Party has never controlled Taiwan. Yet China says that the island has no right to conduct foreign relations. Tensions were raised when US House Speaker Nancy Pelosi visited Taiwan at the start of August. She is the most senior US official to set foot on Taiwan this century; and China responded to her visit by sending fighter jets across the median line of the Taiwan Strait.

“Taiwan is China’s Taiwan,” General Secretary Xi Jinping told the Communist Party Congress in October. China will continue to strive for peaceful reunification, but will never renounce the right to use of force, he said.

“The real danger is that after two years, the Biden administration doesn’t have a clear foreign policy on Taiwan even though there are rapidly changing geopolitical conditions,” Cogan says. Tensions can be resolved if there is clear policy, either through strong deterrence or through making the immediate and long-term costs of a conflict to China clear, he argues. “Either stick with strategic ambiguity or change to strategic clarity.”

The risk of war can’t be dismissed, despite the fact that the chances of conflict are not higher than 50%, says Tong Zhao, senior fellow at Carnegie Endowment for International. Based in Beijing, he is currently a visiting researcher at Princeton University.

The Chinese government is “driven by a genuine sense of legitimacy” that Taiwan is part of China and should be recognised as such, Tong Zhao says. He detects a “growing sense of urgency” on the part of Chinese leadership, with Xi Jinping seeing reunification as part of his “historical mission.”

The leadership hopes that unification can be achieved without a war, through a strategy that involves building up demonstrated military superiority in the Taiwan Strait. China calculates that this will leave Taiwan with no choice to accept reunification, Tong Zhao says.

Cogan says that despite the lack of US clarity, Taiwan’s existing defensive capability means that the chances of conflict remain “somewhat low.” Tong Zhao says that current Chinese economic weakness is likely to extend the timeframe needed to build up superiority, giving the US some time to increase efforts to defend Taiwan.

But there is no easy way for the US to avoid its actions from being presented as justification for a Chinese attack, Tong Zhao says. “Anything the US does which increases Taiwan’s military capability can be seen as a provocation. If China thinks time is no longer on its side, that increases its willingness to act early.”

Gabriel Collins, a researcher at Rice University in the US, has argued that a war between China and the US and/or its allies is an “uncomfortably real possibility” in the next decade. “China’s reaffirmation of its intent to displace the US in Asia means that competition will likely intensify and potentially escalate into direct physical conflict,” he writes.

There’s every chance that the world won’t see an invasion coming. Collins notes that Russia built up its forces for about a year before invading Ukraine but was able to obscure its intent until very late on. If a war does start, evacuation from Taiwan will likely be impossible. A key take-away for China from Russia’s invasion of Ukraine is that piecemeal use of force is ineffective and that overwhelming force is needed at the outset. The fact that Taiwan is about 20 times smaller than Ukraine would make the use of such explosive force easier to achieve, Collins argues. So security departments at multinational companies operating in Taiwan need to complete preparations to ensure that staff can access hardened air raid shelters, maintain connectivity if subsea cables are cut, and have sufficient provisions for at least 30 days, he writes.

We are now in “a decade of maximum danger,” in US-China relations, Collins writes. “Muddled policy approaches will not deter Beijing and in fact, could increase the risk of miscalculations that devolve into war.”

China’s desire to reunify with Taiwan is a long-term policy goal which won’t be dropped. “Xi’s interest in Taiwan is economic, political, and strategic, and all his predecessors had the same view,” says Harry G. Broadman, partner and managing director at Berkeley Research Group in Washington. Russia’s Vladimir Putin, by contrast, “is drawn to Ukraine for hegemonic reasons, and few, if any, of his forerunners focused on that objective,” says Broadman, who has experience as a World Bank official in China and Russia.

Yet avoiding a conflict is still a realistic aim. A conflict over Taiwan would be extremely bloody for China, as ships would have to cross the Taiwan Strait, while Taiwan is preparing highly trained anti-ship missile squadrons paired with nearby American F-22s and Taiwanese upgraded F-16s. Landing areas for the Chinese in Taiwan are limited, notes Cogan at Kansai Gaidai. “Taiwan’s geography doesn’t help China at all.”

China “won’t resort to force unless it’s provoked,” says Mei Gechlik, CEO of Sinotalks in Cupertino, California. Many Chinese families are relying on their single child who has now become the main breadwinner for the entire household, giving China a strong reason for avoiding conflicts, she says. The authorities don’t want to send these breadwinners to the front lines and worry about the inadequate supply of food in case of an extended conflict, she argues.

The mainstream view in Taiwan since 1994 has been to “maintain the status quo, decide at a later date,” Gechlik says. So there is “no immediate urgency to act and much more can be achieved by advancing reforms and promoting understanding and collaboration,” she adds.

Russia has shown itself as “more impetuous” over Ukraine than China over Taiwan, Broadman says. “While Putin’s invasions into Ukraine were not provoked, Beijing has been crystal clear to the rest of the world for decades without the explicit exercise of military force that Taiwan is part of China. It will likely maintain that stand unless provoked by the Taiwanese or third parties.”

Gechlik agrees. “What matters most is to avoid provocation,” she says. “If other countries misdiagnose the situation and escalate the conflicts, Beijing will be forced to act.” She sees the fact that Biden and Xi had a constructive meeting in November, the  first time they have met in person since Biden took office, as a positive sign.