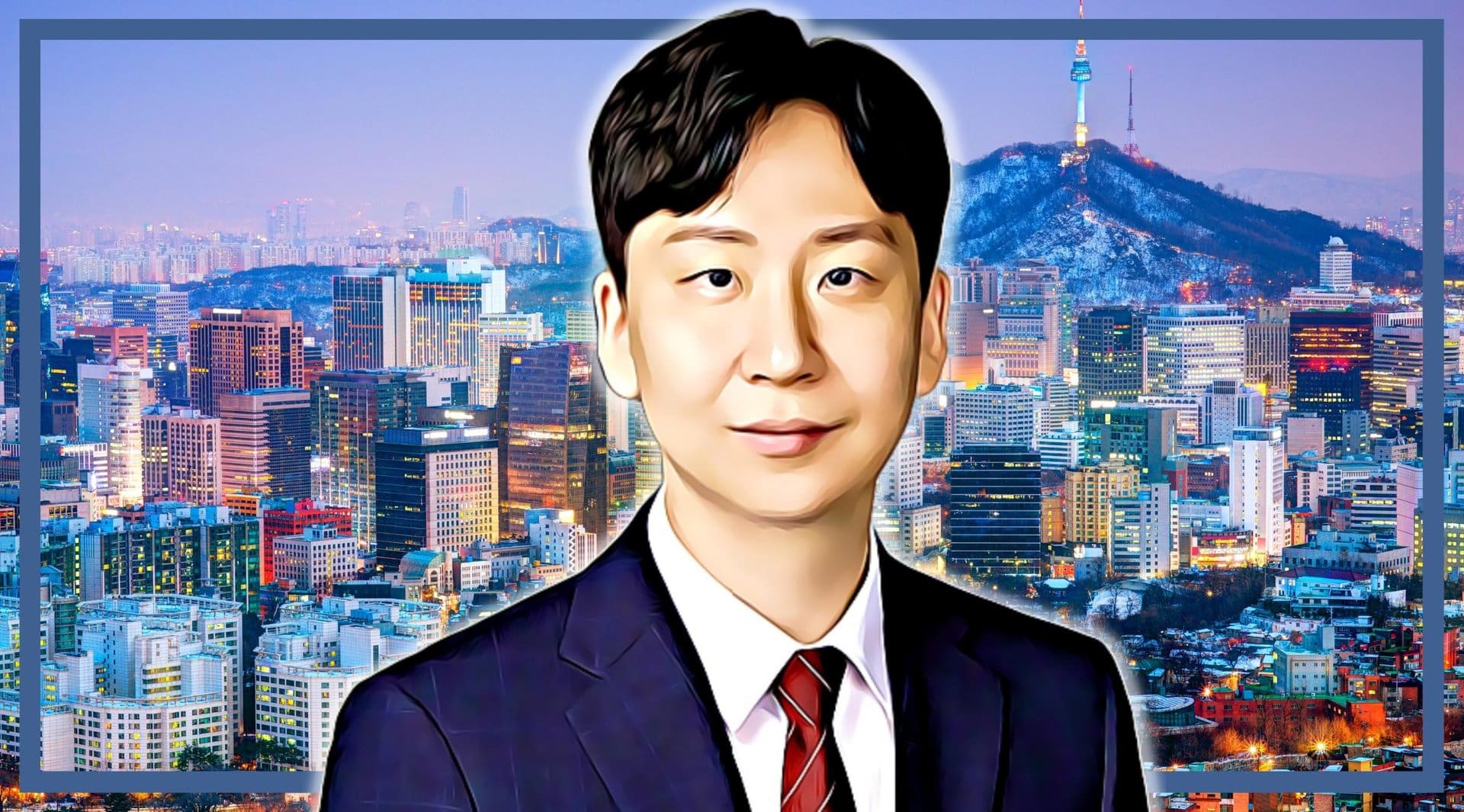 Korea is fast becoming a global player in many different areas of finance. The country is already famous for its innovation when it comes to decentralised finance: Korea is widely regarded as a preeminent player in emerging blockchain, crypto, and Web3 markets. But it’s also experiencing significant growth in the realm of traditional finance, too. Global investment banks have long had a presence in Seoul. Goldman Sachs, for example, established offices there in the 1970s, when Korea’s capital markets first began to develop as part of the “Miracle on the Han.”

However, as Korea continues to grow as a player in global finance, investors are considering Seoul as a potential home for more M&A and private equity activity. And Wonku Lee is in the thick of it. Previously helping structure deals for major firms such as KMPG and Deloitte, as well as local advisory firms in Seoul, Wonku is now the Managing Director at J&M Partners – a boutique private equity firm that focuses on investing in small to mid-size growth capital, mezzanine financing, and buyout deals. #DisruptionBanking travelled to J&M Partners’ offices in Seoul’s financial district, Yeongdeungpo-gu, to learn more about the Korean private equity scene.

Wonku first noted that the private equity sector in Korea is much smaller than more established markets, such as the US, which still tends to attract the biggest deals. This means that private equity firms tend to be a lot more flexible than their European or American counterparts, who are usually siloed into specific sectors, such as tech. “Because the market in Korea is small, at least compared to others like the US, it’s not advisable to specialise in just one sector – you won’t have as many deals,” Wonku said. “But as you move along, sometimes you develop a specialty in certain areas.”

This flexibility is important because the Korean market is, according to Wonku, “fragmented.” There isn’t really a single major player that dominates the market, although he pointed out that Credit Suisse is strong in Seoul’s M&A sector – even as the bank experiences major troubles globally. Instead, Wonku estimates that there are hundreds, potentially even more than a thousand, of smaller firms operating in Korea’s more niche market of small-to-midsize deals. The majority of these are small firms run by individuals who have left big banks to set up their own firms. But no matter how experienced these individuals are, success in this space is, in Wonku’s words, “not easy.”

“I often hear stories about somebody who started a firm with a deal. He might’ve profited from a major fee, and hopefully carried interest as well,” Wonku said. “But then he doesn’t get another big deal for years. That one deal is the only thing that’s happened for him. Meanwhile he’s paying rent, he’s paying employees’ salaries. Time’s running out.”

Being able to service deals across the different sectors is therefore crucial to survival. There are too many players competing for a limited number of deals for firms. “All of these firms are trying to win the same engagements as you. It’s about adapting to whatever comes to you, working on it, and adding value,” Wonku argued.

This is even more true in the current global environment of tighter monetary policies. Central banks around the world are hiking rates in a bid to prevent runaway inflation. Wonku explained that this puts Korea in a difficult position. The country isn’t experiencing particularly high levels of inflation, with the latest figures showing prices rises of 5.7% – which is actually considerably below its historic average. On the face of it, the blunt tool of higher rates would appear unnecessary in a relatively low-inflation environment.

But given the US Federal Reserve is moving forcefully to put rates up, Wonku believes that Korea has little choice but to follow. If foreign investors were to gain better yields on the US Dollar than the Korean Won, the country’s currency could experience very substantial declines. Why keep your money in the Won if you can earn more from holding the greenback, which also happens to be one of the safest assets in the world? This dynamic has already begun to play out, with the Won being one of the world’s worst performing currencies this year.

A weakening currency is a particular problem for Korea as the currency is running a substantial trade deficit of $6.7 billion. A shaky Won would be likely to make imports more expensive, drive up inflation, and worsen Koreans’ standard of living. According to Wonku, this means that, “ideally we need to match or improve upon the US’ rates. Otherwise we’ll find money flowing out of Korea.”

Despite this, the Bank of Korea is reluctant to move too fast as a result of the housing boom that the country has experienced over the last five years or so. This means that significant numbers of citizens have larger mortgages than usual, largely based on floating-rate loans. Higher interest rates would therefore squeeze their disposable income and potentially even prompt repossessions. The Bank seems to be caught in an impossible position, trapped between the need to sustain a housing market bubble that could burst, and the need to stabilise the Korean Won. This is reflected in how divided its own board is:

As Wonku explained, these macroeconomic challenges are causing significant ramifications for the private equity scene. For one, the standards are higher when it comes to returns. During the years of easy access to cheap money, limited partners (LPs), those who invest in private equity funds, would be more prepared to put their cash into deals with a limited profit margin, because there was little in the way of downside risks.

However, LPs are now more demanding. Their own costs are going up. Higher interest rates make it more expensive for them to borrow. Other assets, such as bonds, may be offering better returns than lower-margin deals. With fewer resources available generally, LPs need to be more selective about what kind of deals they can do. “Certain deals that could have been funded in the past are no longer fundable,” Wonku said. “We’ve seen a huge impact. These days LPs are more likely to close their books. They also have portfolios in equities, stock market investments. If the market value of those go down, they’ll decide to wait.” Making the situation still tricker is that LPs will often issue bonds on public markets to raise funding for deals, but it’s harder to sell those bonds in the current environment, Wonku added. This is a global trend, not one that’s specific to Korea:

What could the effect of all this be? Wonku expects that today’s challenges could prompt fundamental shifts in Korean private equity – largely for the better, at least over the long-term. He thinks that, in terms of the sheer number of firms out there, Korea is quickly reaching a “saturation point” and that some will have to die out. A reduced number of firms could potentially allow “quality to be more diverse,” with firms having more space to specialise, something that’s not the case currently.

Wonku also believes that Korean private equity firms could be about to look abroad for further opportunities – broadening their perspectives to a global level and, through that, further improving outcomes. At the moment, Korean firms tend to be “less open about investing in international opportunities” – largely because they’re wary of entering markets where they don’t have the same kind of in-depth local knowledge that they do in Seoul. International deal sourcing is inevitably tougher, but with the space so competitive, Koreans could be forced to look abroad for more sources of revenue. Wonku thinks that, as the recent acquisitions of Korean tech-giant Kakao show, this will be led by large conglomerates and strategic investors – with smaller companies and other private equity firms following suit.

Of course, private equity firms depend largely on the state of the national economy. If the economy is growing, companies tend also to be growing, and that means they’re more likely to be open to deploying capital on deals and restructurings. While Korea, like every major economy, is experiencing its own economic troubles, Wonku is optimistic over the long-term. After all, Korean private equity is still in a relatively nascent stage. If quality is improved, if larger deal sizes are attracted, and if the wider economy continues to grow, there’s every reason to expect Korea to emerge as a powerhouse in the global private equity space.