Who is Ashley Alder the new Head of the FCA? 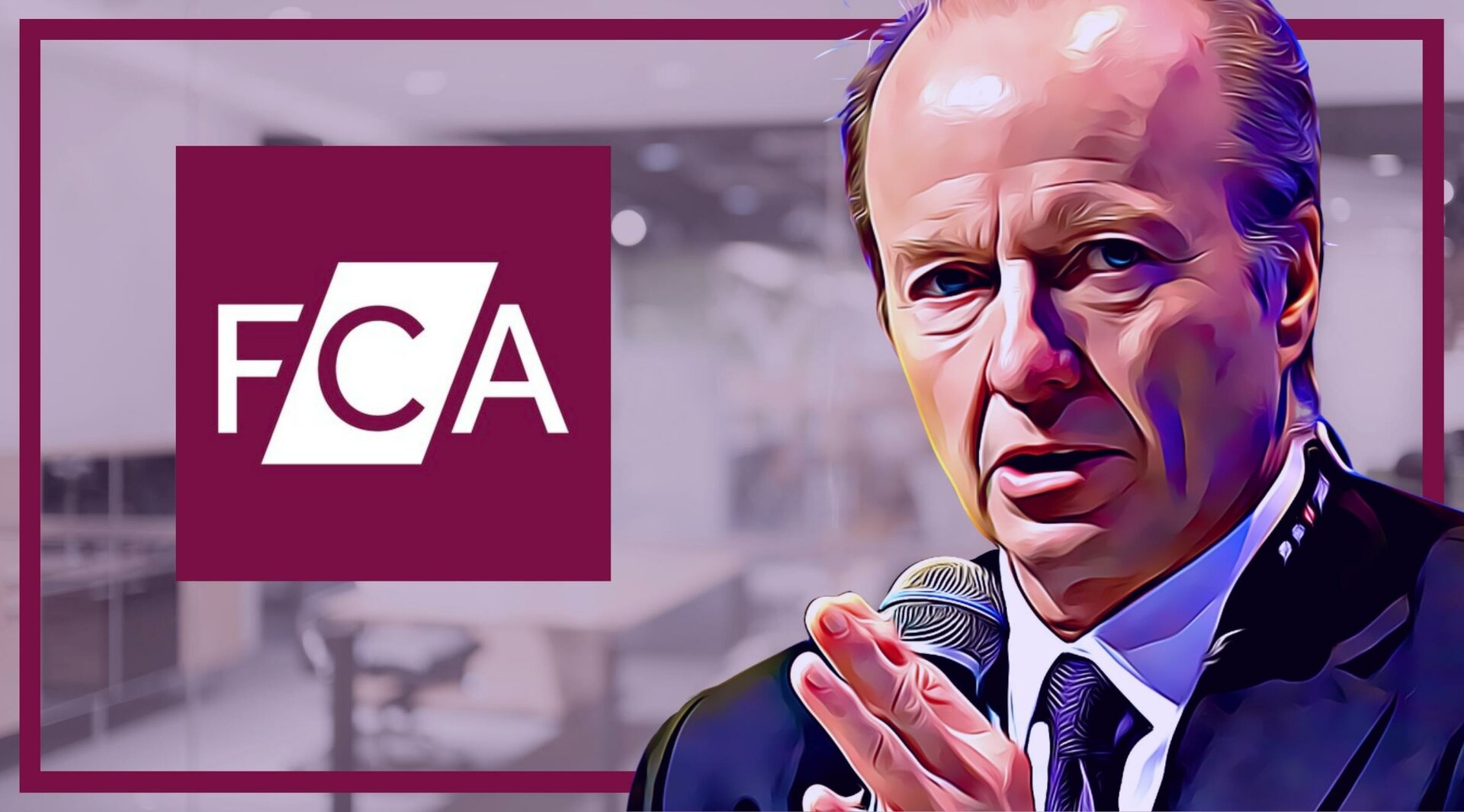 Ashley Alder is certainly not the only person moving from Hong Kong to the UK, but he is a significant one. The former Chair of Hong Kong’s Securities and Futures Commission was appointed as Chair of the FCA by the Treasury in July. Alder, a British-born Lawyer who also chairs the International Organisation of Securities Commissions (IOSCO), faces an unenviable task. A Cambrian explosion of financial technology has left the City’s watchdog uncertain of how to treat new products such as cryptoassets and Buy-now-pay-later. Moreover, the regulator has been tarred by the failures to protect consumers from the collapse of Neil Woodford’s equity fund and London Capital & Finance. Similarly to Alder’s former employer, the FCA has faced an upheaval of staff from top to bottom. Andrew Bailey, the former CEO went on to the Bank of England in 2020, being replaced by Nikhil Rathi, whose overhaul has led to strikes over pay and working conditions.

With Alder at the helm, how will the FCA approach some of the most contentious regulatory issues of the day, alongside his US counterpart Gary Gensler?

Most onlookers will have their eye on crypto and the DeFi ecosystem that remains a labyrinthine, yet alluring investment option for consumers. For a long time, the FCA took a light touch approach with digital assets. In 2019, it created a classification system to differentiate them from other regulated securities. The delineation includes regulated tokens that amount to a ‘Specified Investment’ under the Regulated Activities Order (RAO), excluding e-money. These may provide rights such as ownership, repayment of a specific sum of money, or entitlement to a share in future profits. They may also be transferable securities or other financial instruments under the EU’s Markets in Financial Instruments Directive II (MiFID II). In addition, it includes “E-money under the Electronic Money Regulations (EMRs).

Crucially, unregulated tokens are anything that is not a security or E-money. The FCA, quite comically, named “tokens such as Bitcoin, Litecoin and equivalents, and often referred to as cryptocurrencies, cryptocoins or payment tokens,” as examples of “utility tokens which can be redeemed for access to a specific product or service that is typically provided using a DLT platform.”

Another facet of the regulation is the banning of investment products such as derivatives and ETFs that mention digital assets to retail investors. The FCA’s approach has not been entirely hesitant though — it ran a CryptoSprint policy-focused event in May 2022 to seek industry views around the current market and the design of an appropriate regulatory regime.

Alder’s record on crypto is mixed. In May 2021, the SFC introduced a licensing regime for digital assets, sighting anti-money laundering concerns. This isn’t too far from existing licensing rules in the UK, with all crypto exchanges, ATMs and wallet custodians needing to apply for MLRO licensing from January 2020. Hence, Alder ultimately believes that an internationalised approach is the only way to deliver standardised, safe regulation for the sector. Speaking at an OMFIF conference, Alder said that globally coordinated climate finance regulation was far ahead of crypto. “As one of the three Cs (Covid, climate and crypto), I believe it is now critically vital. It (A global regulatory standard) has moved up the schedule, so I don’t think that will be the case next year,” he revealed.

Any multilateral effort will likely have the US at its core, with SEC chair Gary Gensler having a say. Gensler’s view is that the majority of tokens do represent tokens and should be brought into the regulator’s remit.

In a speech in September 2022, he opined “Of the nearly 10,000 tokens in the crypto market, I believe the vast majority are securities. Offers and sales of these thousands of crypto security tokens are covered under the securities laws.”

“Some tokens may not meet the definition of a security — what I’ll call crypto non-security tokens. These likely represent only a small number of tokens, even though they may represent a significant portion of the crypto market’s aggregate value,” he added.

Gensler has used this categorisation of tokens being securities in the SEC’s case against a former Coinbase employee, where  9 tokens are identified as such. That means that the future of crypto regulation could rest on a judicial interpretation of the “Howey Test,” a test from the Securities Act 1933 to protect investors after the 1929 crash.

This could mean that the U.S. is on a collision course with other jurisdictions on its more activist approach to regulation. Yet crypto policy is not prescribed by technocrats and justices alone, and this is something Alder will have to reckon with in the UK.

New Prime Minister Rishi Sunak set out a plan to turn the UK into a global cryptoasset hub, in April 2022, when he was chancellor. Alongside performative announcements like creating a Royal Mint NFT, Sunak wants to bring Stablecoins within regulation, while creating a Central Bank Digital Currency (CBDC).

The first layer is bringing existing Stablecoins, run by Circle and Tether into the traditional financial system. Regulators have had a greater problem pinning down stablecoins into a regulatory framework, with some accusing equivalence to “Shadow Banks” of the Free Banking era of 1837-1863, in the US. This is because they are backed by real assets such as Treasuries, Gold and Cash. Yet the backing of Circle and Tether could not be further apart; Circle’s USDC and Eurocoin reserves are audited by Grant Thornton, in addition to deepening partnerships with Blackrock to invest in cash and short-dated Treasuries.

Tether’s reserves, on the other hand, consist of cash and equivalents, loans, corporate bonds and digital assets, among others. USDT’s reserves also include unsecured debt via commercial paper, making up more than 15%, according to its website. While Tether’s audit quality has improved since hiring BDO, there are questions about the impact a crash would have on the traditional financial system. Sunak’s announcements were untimely, coming just before the collapse of the UST algorithmic Stablecoin. Alder is aware of the risks to financial stability too — “If you look at the risks we need to address, they are multiple, and there is a wall of worry about [crypto] in the conversations at an institutional level,” he added. Still, while crypto has fallen down the Government policy agenda, there may emerge conflicts with the FCA and the Treasury over the regulation of Stablecoins.

There is no doubt that Alder will bring experience and technical expertise to a regulator that is often stuck between a rock and a hard place. He will work with Nikhil Rathi to ensure the organisational changes that are underway are implemented, while adapting to the speed of innovation of financial products.

Yet the perennial question remains: To be (a security) or not to be? Largely ignored from the debate of whether to regulate digital assets are the operational constraints. The FCA is already an overstretched organisation with high levels of attrition of staff to the private sector. Regulatory oversight would require boots on the ground, not to mention further collaboration with other bodies such as the Payment Systems Regulator and The Advertising Standards Body. Not to mention, increased anti-money laundering burdens.

That being said, it does feel inevitable that digital assets will have to become regulated at some point, as the De-Fi becomes more integrated into traditional financial infrastructure. There lies one of the key advantages to Alder’s appointment — his IOSCO background should help bring an internationalised solution to a global system. That in itself can help the FCA fulfil its purpose in a way it hasn’t been doing: by finding a balance between protecting investors without stifling innovation.