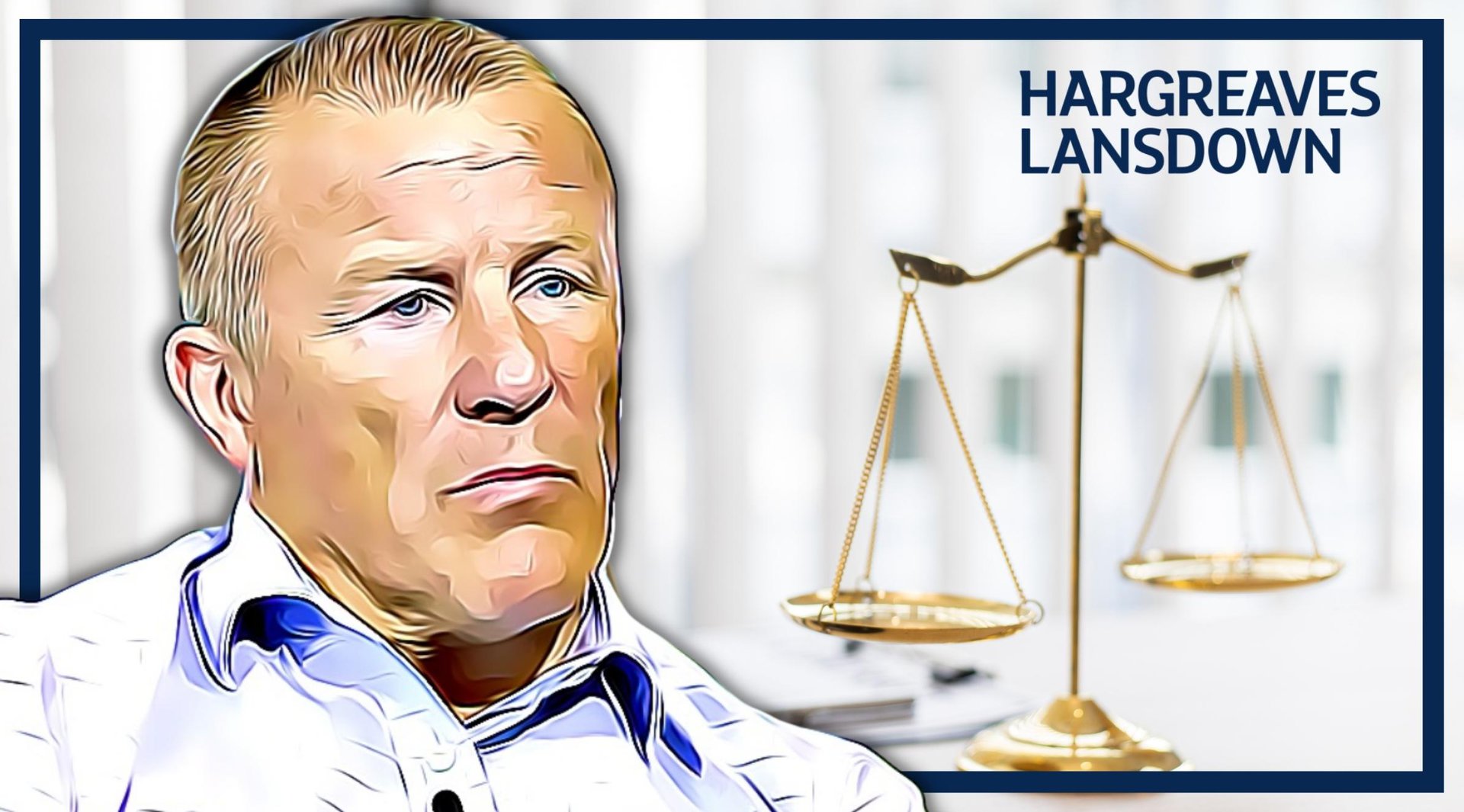 Few fund managers can truly boast of having a cult following. Warren Buffet, Ray Diallo, Bill Ackman, and Cathie Wood in the US; Terry Smith and Crispin Odey in the UK. The latter group was once joined by Neil Woodford. Dubbed “the oracle of Oxford,” the former manager of £10 billion of assets and his partners are now left to pick up the pieces of his collapsed Woodford Equity Income Fund.

In the latest developments, retail broker Hargreaves Lansdown is facing a £100 million lawsuit on behalf of Woodford’s investors, by claims management firm RGL, advised by law firm Wallace LLP. In addition, they are suing the fund’s corporate directors Link Fund Solutions, already the subject of a lawsuit by legal firms Leigh Day and Harcus Parker on behalf of more the 3,000 investors.

It follows the Link still being unable to return £140.93 million of capital to investors, since it is invested in illiquid assets such as Atom Bank, Benevolent AI, and internet-of-things company Drayson. The case against Hargreaves Lansdown regards the retail broker including the fund on its “best buy” list right until its suspension.

Woodford once worked for Invesco, where he’d accumulated £33 billion AUM, becoming one of the most active investors in UK stocks. When he announced he was setting up his own fund, St. James’ Place moved £3.7 billion of client money over before it had even been formed. By 2016, he had £9.4 billion under management, investing with the conservative prudence of his value-investing idol Warren Buffet. At that time, much of his portfolio was invested in healthcare and tobacco stocks. Yet as the UK equity markets became unloved around the time of the Brexit referendum, The Woodford Equity Income Fund went from a remarkable 16 per cent return in 2015 to being the UK’s worst-performing equity fund. In the wake of the EU referendum, it fell to nearly minus 20 per cent, overall recording a 66 per cent loss.

This was because Woodford’s portfolio comprised substantial allocations in mid-cap stocks with high yields, small caps, and significant positions in unlisted, illiquid companies. In particular, Woodford was emboldened to invest in biotech startups, alongside poor performers such as estate agent Purple Bricks, Burford Capital and Provident Financial. When investors withdrew from the open-ended fund, Woodford faced a scramble to sell his illiquid assets to meet redemptions. Link announced in October 2019 that the fund would be wound down and Neil Woodford fired. So far £2.5 billion has been paid out as the fund gradually sells its holdings, with investors still waiting for the remaining capital to be returned.

Investors routinely invest at their own risk, however, Hargreaves Lansdown included the fund on its Wealth 50 buylist right up until the day it was suspended on June 3rd. The case alleges that Hargreaves’ senior management knew about liquidity issues in Woodford’s fund in November 2017. Chris Hill, then CEO of Hargreaves Lansdown told the head of the Treasury Select Committee, “In November 2017, as part of our regular analysis, we identified an increase in the proportion of these small and unquoted assets in the Woodford Equity Income fund.

“We met with the fund manager that month and urged him to address the issue. The manager committed to us that he would make no new investments into unquoted businesses from that point.”

He wrote: “We insisted that they abide by the Ucits guidelines not to breach the 10 per cent level (of investment in unquoted companies) and to inform us immediately if they did, to which they also agreed.” The Ucits guidelines are a piece of EU legislation transposed by the UK, setting guidelines for fund managers.

He said Hargreaves had communicated an increase in the proportion of small and unquoted stocks to its clients in December 2017.

In January 2018 it initiated monthly communications with Woodford Investment Management, specifically addressing the unquoted stocks in the portfolio, either via a call or email.

With all these actions purportedly undertaken by Hargreaves Lansdown, why then, did they keep Woodford’s fund on their buylist throughout?

HL will likely look to argue on two fronts. First, the clear disclaimer that often feels perfunctory. “The sites do not provide investment advice and nothing on the sites should be construed as being personalised investment advice for your particular circumstances. Before making any investment choice clients should always take adequate steps to verify the accuracy and completeness of any information contained on the sites.”

Since the content of HL’s websites does not constitute financial advice, emphasising full due diligence to be completed by the investor, it follows that buylists cannot be tantamount to an endorsement. They may argue that their curation of a buylist merely amounts to “financial guidance” rather than “financial advice,” as stipulated by the FCA. If the claimants try to argue that this list was financial advice, they may do so by stating that Hagreaves Lansdown is a regulated organisation, whereby recommendations are somewhat personalised based on risk profile. This would be a spurious argument.

Wallace, the law firm hired by RGL Management, has claimed that Hargreaves was not “reasonably justified” in continuing the promote the fund, had “no reasonable grounds” for its belief that the fund should be included in its best buy list, and it failed to keep its clients reasonably informed about the company’s own concerns about the fund.

The outcome of this would depend on whether Hargreaves Lansdown can prove that they communicated the increasing illiquidity of Woodford’s esoteric investments to investors. The is a case to be made that once Hargreaves Lansdown became aware of the changing nature of the fund, and thus its suitability for retail investors, it should have taken it off the list.

If a judge were to rule in favour of the claimants, it could have profound impacts on the business models of similar firms such as The Motley Fool, Interactive Investor, and Finimize (both owned by Abrdn) where they face more responsibility for their output and recommendations. It could even affect many trading firms, such as Trading 212 and Freetrade, whereby individual stock and ETF curation may be seen as advice. This is less likely than the former, as this case represents funds rather than individual stocks.

Still, it seems this may be a tough case for the claimants to win. Hargreaves Lansdown will argue that investors should have done their own due diligence and that the funds’ changing nature was communicated.

The broker may also seek to argue about Woodford’s past performance gyrations when he was at Invesco. “For the first two and a half years from launch the Woodford Equity Income fund was among the top performers in the sector, but by the end of 2016, the fund started to underperform,” Hill wrote.

The CEO added: “We had seen the fund manager display similar underperformance in 1999, but then bouncing back strongly to 2003 and again underperforming in 2009, rallying strongly to 2016. We believed there was a reasonable expectation that he would do the same again.”

The claimants may point to the oversight he had at Invesco, with his relatively disciplined funds at that time in stark contrast to his own.

Lessons from a fallen giant

The losers from the debacle are the retail investors, as well as institutions such as Kent County Council. Those investors may yet win the cases against Link and Hargreaves Lansdown. But the FCA should look inwardly towards their ineffectual oversight during the affair. The FCA is aiming to create more stringent rules for liquidity testing for open-ended funds, making that information available to retail investors. On the other hand, it is good for British growth companies to have pension fund capital deployed into them, so a balance must be struck.

For Hargreaves Lansdown, they fight the claims all the way. A judgement against them would fundamentally alter their business model and the responsibility they have in presenting information and options. That might be a dangerous precedent — if an unlikely one. Yet there is no doubt that, generally, more care must be shown to protect the retail investor, even if they invest at their own risk.