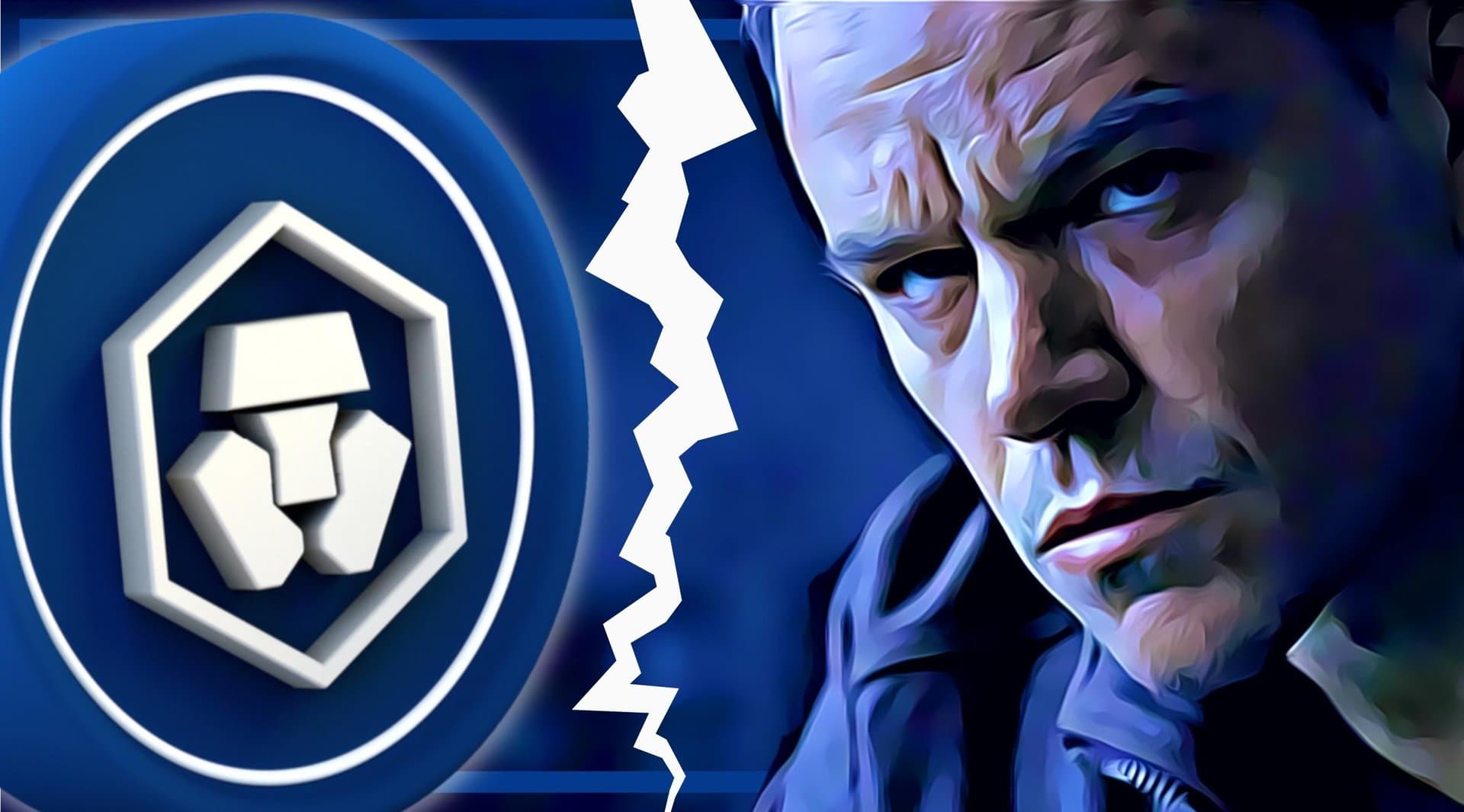 One year on from the $100 million Matt Damon advert, Crypto.com’s trading volume has dropped 91%, but the company continues to promote extensive benefits. With consumer complaints increasing, lack of customer support from the company and its chief executives questionable employment history there are concerns as to whether Crypto.com is merely another Ponzi scheme. High cash back rewards and connections to fraudulent WireCard, there have been red flags from the outset. With sudden lay offs of staff, retraction of rewards and poor customer service, is Crypto.com just playing people out of money, as shown in a South Park episode? Is it going to be exposed like SafeMoon? Or can it deliver to those who have invested and trusted the platform?

In 2021 Crypto.com spent over $800 million on marketing, including: an advert with A list celebrity Matt Damon which was shown during the SuperBowl break. The company also bought the naming rights of the Los Angeles arena formerly known as the Staples Center and sponsorship of Soccer team Angel FC (although redacted now). It seemed as though Crypto.com was establishing itself as a secure, stable exchange platform and showing its lucrative funds by extensive marketing campaigns. Tapping into consumers’ insecurities on missing out and using an A list celebrity to affirm it as a legit company, meant more consumers trusted the platform, but it’s marketing methods and over extensive benefits which no other platform has used to this extent (arguably as evidenced now, for good reason), are being put to the test as trading volume on the exchange platform drops.

By February 2022 Crypto.com had 50 million users and was established within the top 10 trading platforms. Now, as our article is being published, it is not even in the top 200. Its revenue business plan was to make money on trading fees and by releasing its own coin CRO now CRONOS, which users could invest in and stake.

Through the Crypto.com saga a light has been shone onto coin staking, a recent development in the crypto world. Staking is when you lock crypto assets for a set period of time to help support the operation of a blockchain. In return for staking your crypto, you receive higher yield similar to a high interest saving account at a bank. Crypto.com pushed for consumers to stake their CRONOS by offering higher rewards depending on the amount the customer has staked. In order to receive the highest interest rates in Crypto.com’s Earn programme customers must stake $10,000 worth of CRONOS or more. Once a consumer has staked $10,000 or more the CRONOS coins are in a lock up period of 1 to 3 months and buyers can not withdraw funds before.

Partnering with Wirecard Crypto.com then released 4 Visa Debit cards. The highest rewards came with the Obsidian card including 8% cashback on all purchases; customers invest $400,000 into the Crypto.com token and then stake it for 6 months. On top of this whilst consumers stake CRONOS they made CRONOS back with Crypto.com promising to give 12% per year extra in CRONOS to people who stake CRONOS, on top of all the other benefits.

There is also a tiered system with 4 other cards, which included extensive benefits at the time of Matt Damon’s advert release: cashback, high interest rates from 1%-18% and paid weekly, the card is accepted anywhere Visa is accepted including payments to Netflix, Spotify and more. From these high rewards similar parallels to exchange platform Celsius, which filed for bankruptcy this year, become apparent, although Cyrpto.com charges a withdrawal fee which Celsius does not.

However, after substantial investments and people following the advert to be brave and invest, in May 2022 Crypto.com suddenly reduced cashback, interest rates and its rewards after taking investors’ money. For the Obsidian card cashback dropped from 8% to 5%, and their lowest card Ruby went from 2% cashback to 0.5%. On top of this investors staking CRONOS tokens would no longer get 12% per year extra in CRONOS or any percentage back for staking CRONOS. From these changes the price of CRONOS plummeted 30% meaning the value of the CRONOS locked up dropped too.

This evidently resulted in consumer complaints and reviews deterring people from buying into Crypto.com and its false promises. On top of this lack of customer support and delay in withdrawals continues to cause concern. One Reddit user posted: “attempted to move 50,000 CKB from Crypto.com app to an external wallet at 8:48am yesterday and still says pending. To make matters worse crypto.com support is unresponsive”. In addition Crypto.com began pulling out of deals, in September the exchange platform backed out of a $495 million sponsorship with EUFA, a sign that the previously overzealous marketing was being reduced.

The CEO Kris Marszalek, released a statement that Crypto.com were revising card staking rates and gave a small concession back to the users. However, he did not reinstate the original high rewards promised. The signs that there may be dodgy dealings start at the infrastructure of Crypto.com. For one the senior executives including Marszalek come from insolvent online retailer Ensogo which left buyers and sellers in “hundreds of thousands of dollars in losses” after the discount platform shut its doors in 2016 following an abrupt resignation by founder and CEO Kris Marszalek. Despite the company knowing they were going to have to close doors they continued to onboard and sell to consumers.

After its closure merchants stated they were owed money, reports stated one individual was owed $80,000 by the company. There are parallels with Crypto.com and Ensogo. One being bad customer services and censorship. Another being the gradual lay off of staff. The Verge reported in June this year, Crypto.com laid off 260 employees which they stipulated was due to the Crypto fall but sources have come forward stating there has been hundreds more lay offs not declared by Crypto.com publicly. Other parallels is Crypto.com‘s marketing playbook; at Ensogo, they offered big discounts to retail customers on products sold by their supplier-customers and recorded the difference as a marketing expense. Although there were reports of an investigation into whether there had been fraudulent dealings within the company there’s been no definitive outcome to the investigation.

Crypto.com’s partnership with Wirecard, a company which was exposed and shut down for corrupt business practices and fraudulent financial reporting. This after a journalist found $2.1 billion unaccounted for by the company in 2020, has also raised suspicion. However, Crypto.com did refund customers wallets in the UK after the Financial Conduct Authority suspended Wirecard Card Solutions, a subsidiary of the Wirecard Group. This was after the findings became public knowledge and even though the company was unregulated, the FCA stepped in to protect customer funds as Wirecard had an office in the UK. The question is would Crypto.com refund them if a regulatory authority did not get involved?

With crypto trading at an all time low, the reputation of Cryptocurrencies is also at a low: executives at China’s Blockchain-based Service Network (BSN)—a state-backed initiative designed to drive the commercial adoption of blockchain technology—have branded bitcoin and cryptocurrency “the biggest Ponzi scheme in human history.” The activities and malpractice seen from Crypto.com only affirms for many why decentralized finance is so risky.

What now? It seems Crypto.coms decline is blending in with the crypto winter which is hitting all exchange platforms. But it’s malpractice has not gone completely unnoticed, the company has had significant bad reviews from the crypto community who, the majority of, are on the most part reasonably patient and understanding of platforms. Yet, as similar to Celsius, SafeMoon and WireCard, it is normal ordinary people who invested in Crypto.com promises and gave their trust and money that are being let down the most. Since Matt Damon’s advert the exchange platform has not delivered, and through over expenditure, failed to keep in mind the volatility of the market. With connections to WireCard arguably Crypto.com is already on the FCA radar and may be subject to further investigation.