How to choose the right blockchain for your DAO? 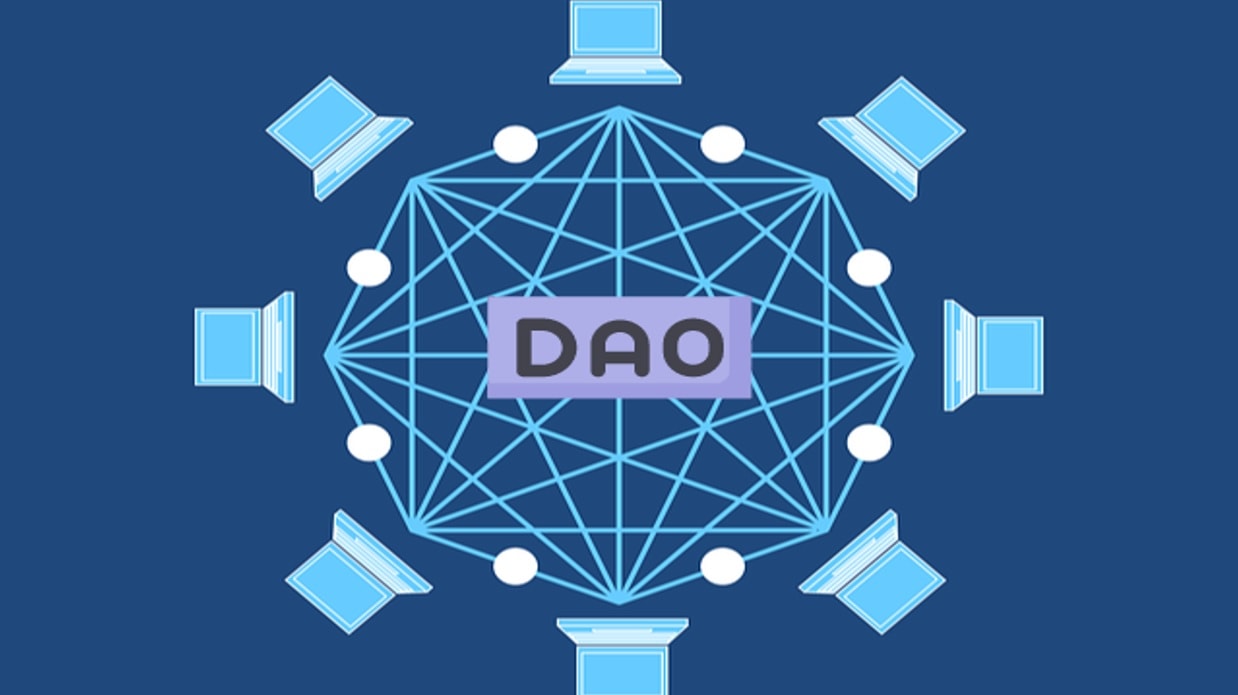 Although it was just introduced ten years ago, blockchain has the potential to become the foundation of the world’s record-keeping systems. It was developed by the anonymous developers of the virtual currency Bitcoin using the alias Satoshi Nakamoto.

To help you choose the right chain for your Decentralized Autonomous Organization (DAO), we’ll examine a few blockchains and explain their main distinctions in this tutorial. Let us first understand what a blockchain is.

Blockchains are open-source and generally verifiable, so anyone may access the information they contain. In simple terms, cryptocurrencies are enabled by blockchain technology. Blockchain, in layman’s language, is a system wherein one can store data in a way that helps make system changes, cheating and hacking, difficult or even impossible.

A blockchain is nothing more than a network of computers that duplicate and distribute a digital ledger of transactions across the whole network. Every block that exists on the chain consists of a number of transactions, and each participant’s every new transaction is copied and sent to the ledger. As new blocks are added to the chain, blockchains like Ethereum and Bitcoin are constantly growing, considerably strengthening the security of the ledger.

What is DAO and is it necessary for my DAO to be on a blockchain?

Decentralized autonomous organizations (DAOs) are a sort of bottom-up entity structure that lack centralized control. Members of a DAO own tokens belonging to the DAO and have the ability to cast votes on the entity’s initiatives.

A DAO is a blockchain-enabled community, meaning its actions are powered by the blockchain. In the end, a DAO is solely managed by its individual members, who collaborate to make decisions about crucial project matters like technological advancements and treasury allocations.

In general, community members draft recommendations for the protocol’s future operations before gathering to vote on each one. The rules implemented within the smart contract then select and impose proposals that reach a certain level of consensus.

There are four prevailing blockchain choices for your DAO:

Let us understand these in detail:

But at times developing these kinds of task is pretty challenging as these technologies are complex and fairly new. So it can be easier to get the task done from experts, one can hire dedicated indian developers who are known for solving complicated problem with ease and are very economical.

A platform for scaling blockchains called Polygon functions as an L2 in a manner similar to the Ethereum Blockchain ( subcaste 2).

Compared to the Ethereum Mainnet, Polygon has:

Small DAOs that do not wish to pay a high transaction cost should use this chain.

Similar to Polygon, the Arbitrum network is a brand-new L2 blockchain. It is intended to improve the Ethereum blockchain’s capabilities by increasing its speed and durability. Arbitrum offers

TRON is a blockchain-based operating system that was created by H.E. Justin Sun in 2017. It now supports over 81 million users on its public chain and aspires to act as a key infrastructure for Web3.0.

It is decentralized and open-source, and some of its tools include a wallet client, a blockchain explorer called TronScan, and a public chain over which developers can run decentralized applications. TRON functions through a DAO, or Decentralized Autonomous Organization, which is member-owned and which votes on new choices inside TRON, in keeping with its ideal of complete decentralization. Due to its high bandwidth and APIs, TRON’s public chain has become the second largest public chain platform for dApps, which has made its dApp ecosystem very appealing to developers. With a transfer system so potent that its competitors can only look up to it, TRON has developed over the past few years into the largest DAO in the world.

Small DAOs that feel comfortable using a less-experienced, more recent chain than Ethereum are best suited for this chain.

Division of Blockchain into two categories. What to choose: Mainnet or Testnet?

In the blockchain ecosystem, the phrases Mainnet and Testnet are used to refer to blockchain networks having essential capabilities.

When a blockchain protocol is fully assembled and implemented, or when cryptocurrency transactions are propagated, validated, and stored on a distributed ledger technology, it is referred to as being on the mainnet (blockchain). The blockchain network’s mainnet actually processes transactions and records them for use by the public.

In contrast, a testnet is a network that functions similarly to a mainnet but is only used for testing. On this blockchain, transactions are settled with fictitious currencies that are free to claim and are meant to serve as a testnet for trying out novel effects.

It’s a fashionable practice to utilize the relevant testnet with the mainnet you intend to deploy on since each mainnet chain includes a variety of testnet colors. As an example, you might deploy the primary DAO on Ethereum and test your DAO on the Gorli network.

Before switching to a mainnet, where you’ll have to pay gas freights and trades cannot be reversed, it is strongly advised to operate a new DAO’s governance practices on a testnet and evaluate effects like governance thresholds and storehouse operation.

What is Off-Chain Voting?

When a DAO register votes on a system that is not connected to the blockchain, this is known as off-chain voting. Since the platform doesn’t interface with the blockchain, no gas freights are required. Additionally, it means that the voting process cannot be carried out automatically because the off-chain platform was not built using smart contracts.

An example of an off-chain voting platform is Snapshot. Users subscribe votes with their holdalls, and the software stores those signed transactions. Several protocols, including Yearn Finance and Sushiswap, have embraced Snapshot, the most well-known off-chain voting mechanism, as a voting tool.

The benefits of off-chain voting are as follows:

Now let’s get to the main question: Which blockchain is best suited for my DAO?

Despite the trade-offs that exist across different blockchains, a DAO Expert can help you focus on what you need. DAO Experts are reputable service providers in the cryptocurrency industry who can assist you with creating and deploying your DAO. Because of Ethereum’s flexible funding options and cutting-edge security and compliance, the majority of DAOs opt to launch there. On and off-ramp access is also more convenient on Ethereum. You must first transit through Ethereum on several rollup networks, which adds extra distance and expensive freight. Some DAOs might combine on-chain and off-chain voting to maximize speed and save plutocrats money on gas freights.

In the end, Ethereum has been selected by the crypto community and businesses as the preferred network for the majority of blockchain-based decentralized apps. In terms of tools for launching and administering all aspects of DAOs, mostly financial but not exclusively, Ethereum has the most developed ecosystem. This might alter when other chains become more well-known.