Sadaf Jadran on the opportunities of the metaverse 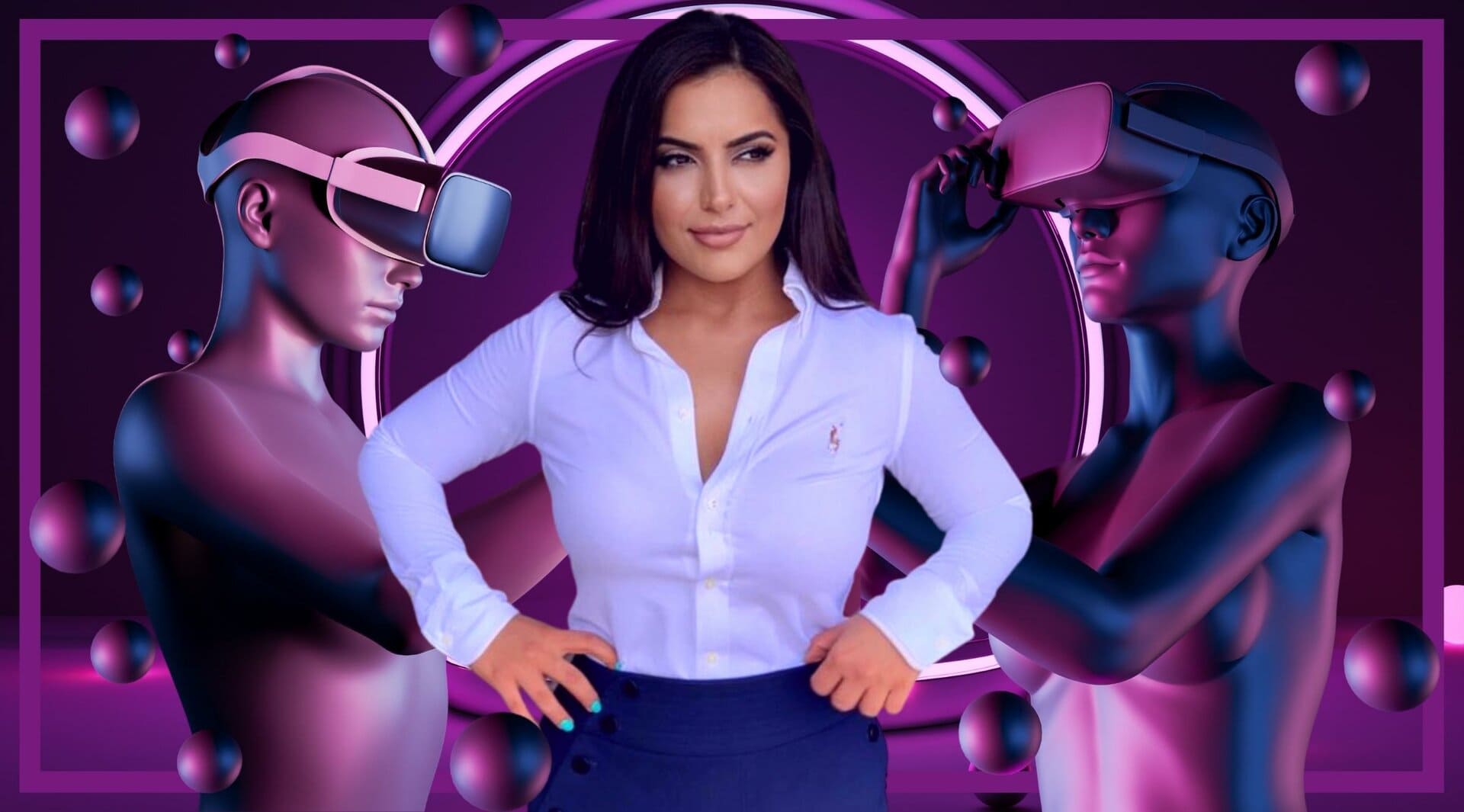 Readers who are active on social media will likely have come across a number of prominent Twitter influencers. When it comes to all things metaverse, one of the most notable is Sadaf Jadran.

Before entering the metaverse space during the Covid-19 pandemic, Sadaf worked for over a decade in finance, before working in strategic consultancy for a number of Silicon Valley tech start-ups. Basing herself back home in Sydney during the various lockdowns, she soon became immersed in the virtual, metaverse world and now works as a consultant advising companies on how to take advantage of the opportunities offered by the crypto and DeFi space. She is the Chief Marketing Officer (CMO) at GenFinity, a new digital media organisation aimed at fostering Web3 engagement, and has already helped launch various multi-million dollar projects.

She advises all her clients that the metaverse will be a trillion economy by 2030.

We began our conversation with Sadaf by asking a simple – but quite difficult to answer – question. How do you actually define the metaverse? It has, after all, proven to be a somewhat vague and nebulous concept, one which can mean different things to different people. Sadaf said the metaverse is essentially “a virtual ecosystem [used] for communication and interaction” that runs on blockchain technology. At its best, the metaverse “enables self-expression within a virtual economy.” The metaverse exists alongside cryptocurrencies because “a virtual world requires virtual money to be able to spend inside it.”

Sadaf argued that, whereas Web2.0 caused a huge degree of centralisation, with social media giants like Facebook and YouTube commanding massive power, the metaverse is about giving power back to individual users. The metaverse, which is also known as Web3, “is giving power and ownership back to people […] blockchain technology is restoring privacy and transparency.”

What might all of this mean in practice? Some critics fear that the metaverse lacks particularly beneficial use-cases, perhaps apart from gaming or particularly immersive social media platforms – like that envisaged by Meta. However, Sadaf believes that the metaverse could revolutionise swathes of economic practice. HSBC, too, have suggested that this could be the case:

Sadaf noted that the opportunities offered by the metaverse started to become clear during the pandemic.

“The metaverse is giving us an opportunity to reprogramme the current system that’s failing,” Sadaf said. “It’s giving entrepreneurs a new, immersive environment to succeed in. Some of the main real-world outcomes I see are in real estate. As we move into a more diverse economy, physical offices might be replaced with offices in the metaverse. A virtual world doesn’t mean replacing the existing, real-life world. It means giving people a better user experience and giving them the opportunity to continue doing things despite, for example, pandemics.”

Sadaf believes another economic revolution the metaverse could spark is when it comes to artificial intelligence (AI). This technology is already allowing people to create their “digital twin” – AI can “programme you into digital form.” In turn, this could allow people, through their digital twin, to seek work in the metaverse. “I think that’s kind of crazy,” Sadaf said. “But it’s also brilliant because you’re able to do a lot more than you would considering the restrictions we have in real-life.” And this is what the metaverse, at the most basic level is about. Creating a more seamless experience, that allows us to overcome the limitations that might hold us back in our current lives and current economies. “It’s about giving you power and authority.”

Despite the benefits Sadaf outlined, many fear that the metaverse could become some kind of dystopia. Many critics have expressed concerns that the metaverse and AI technology could almost replace human existence, with the real world being destroyed so that we all end up living our lives entirely online. Sadaf said that this topic comes up a lot in her consultancy and media work: it’s clearly a fear that is significant and needs to be addressed if adoption is to continue growing.

Sadaf thinks that people need to be reassured that AI is about “complementing what we do” – not replacing it. “I think that’s where people need to start thinking about it differently to see the opportunity,” she said.

“AI won’t be able to do everything, you will always need a social component with real-life human beings. An aspect of our economy and many of our experiences will always remain in the physical world. But what we’re trying to do with the metaverse is to make life a little easier.”

Clearly the metaverse is onto something here – hence why some of the biggest corporations in the world are already seeking exposure to it. Sadaf pointed out that BlackRock, Morgan Stanley, Samsung, PayPal, Microsoft, Meta, LG, Citibank, and American Express are just some of the global institutions that have already invested in metaverse technologies and DeFi. As regulation is brought forward to clarify the legal position of the metaverse, Sadaf thinks this will prompt a new wave of investment and greater adoption.

“I don’t see how anybody could refuse an opportunity like the metaverse,” Sadaf said. “We have an opportunity to remove societal red tape, give people more of a chance to make money, and offer greater self-expression.”

“The metaverse is a place where we could potentially solve many of the problems we have in real-life economies.”