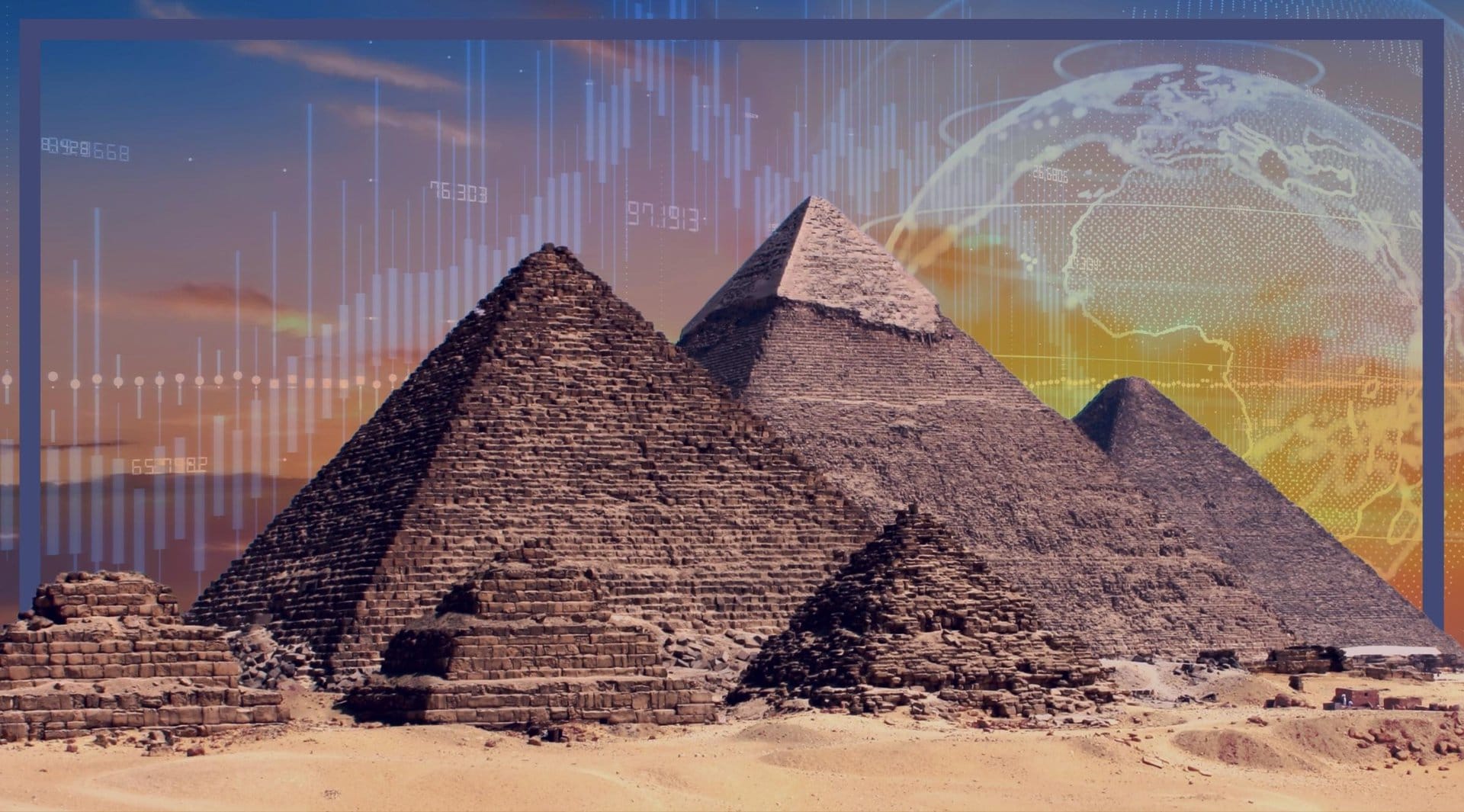 Is Egypt’s new administrative capital, currently under construction, a desperately needed fresh start for the congested and clogged existing capital? And more profoundly, is Egypt’s Smart City a showcase of African ambitions?

Egypt’s new administrative capital was announced on the 13th of March 2015 by the housing minister at the time, Mostafa Madbouly, at the Egypt Economic Development Conference. No formal name for the city has been announced yet, but the official reasoning behind its development has been cited as Cairo’s overpopulation. However, it has also been argued that this is a vanity project aiming for international prestige that directs resources away from Egypt’s most impoverished.

Egypt’s huge population swell has caused issues relating to sustainability and the economy to come to the fore. Cairo alone is home to 20 million people, and this population is set to double by 2050. This is despite all of the health issues that plague Cairo, not least the air pollution levels due to overpopulation (which accounts for 2% of all deaths in the city). In fact, Cairo has a “massive gap between the birth rate (30 births/1,000 people) and the death rate (7 deaths/1,000 people),” leading to issues associated with over-population such as the strain on natural resources, the spread of illness, and lack of education.

On its surface, the building of a new Smart City does not seem like a case of ambition, but rather a rejuvenation of a capital city, struggling to cope with the excessive strain of being outgrown by its people. However, once we delve deeper, we can also see an assertion of Egypt as a powerhouse in areas of foreign direct investment, sustainability, and construction. The initiative might also be an attempt to overcome the “dignity deficit” that arose from the events of the Arab Spring in 2011.

Egypt’s Smart City is startlingly ambitious when put down on paper:

The emphasis here is on growth. Both keeping up with growth, and facilitating more continuous growth in the Egyptian economy, based on sustainability and prestige on the global stage.

New Cairo is poised as a means to attract significant private investment and foreign direct investment (FDI). Egyptian Prime Minister, Moustafa Madbouly, has said he wants private investment to rise to 65% of the country’s total within three years, up from around 30% at present. Additionally, in June, Egypt made clear its aims of attracting $10 billion of annual inflows from FDI. Seeing as construction makes up 15% of Egypt’s economy, and real estate is one of Egypt’s most profitable sectors, it’s easy to see New Cairo as a pull for FDI and private investment. This is due to the new city addressing (at least in part) the soaring demand for housing, which will continue to grow.

Egypt is already making headway in this area because, as of 2021, “Egypt ranked as 3rd among Arab countries for its FDI inflows, representing 16.4% of total FDI inflows in the region with $5.4 billion”. Andrew Long, head of HSBC’s operations in Egypt, has made comments that reinforce this, saying that: “Despite the bad conditions witnessed by the country, Real Estate will always have a great opportunity because of the large gap between supply and demand in the market, no doubt the market will be always attracting for more investment”.

Egypt has also established itself within the North African and Middle Eastern economies as an area of investment, with Israel committing to carrying out major renewable energy projects in Egypt, as well as UAE investments rising by 169% in the first quarter of 2022. Given that Saudi Arabia’s Sovereign Wealth Fund has developed a company to invest in the “promising sectors” of Egypt, such as the real estate and infrastructure sectors, similar investments in New Cairo are looking likely to become a reality.

With the devalued Egyptian pound and the world’s highest interest rates when adjusted for inflation, Egypt is extremely appealing to foreign investors. This has, however, been threatened by the ongoing conflict in Ukraine, disrupting food and energy supply chains, meaning the confidence of investors has been somewhat shaken. Indeed, “foreign portfolio investors have pulled some $20 billion from the local debt market amid the conflict in Ukraine.”

That being said, the construction industry is still thriving, growing 8.5% this financial year, so Smart Cities may be Egypt’s way of winning back this trust. This rings true for Gulf countries, which are moving away from relying on oil investments into more attractive Egyptian real estate ventures. Not only this, but China projected they’d invest $11.2 billion into the new administrative capital at the ninth BRICS Summit; since then they have carried out the building of the Iconic Tower and have also committed to managing the business district among other substantial collaborations.

It’s clear that New Cairo will be a boost to the economy of Egypt in terms of jobs and foreign investment, but what about the ESG framework? It’s hard to say if such a huge project, forecasted to be completed within just seven years, can be built sustainably. Egypt is particularly vulnerable to climate change, which has prompted significant reforms, dating back to 2015 when they introduced a solar feed-in tariff to increase its appeal in the private sector.

HSBC has committed funding to a coastal ecosystem project in Egypt, as part of the bank’s $100m global Climate Solutions Partnership. This suggests that Egypt is being recognised as a force for sustainability in Africa. HSBC has also asserted that it will assist the government of Egypt to incentivise the participation of the private sector in sustainable ventures. Smart Cities are an incentive in themselves in many ways; significant real estate investment opportunities with a sustainable pay-off of de-urbanisation at a rapid pace. At present, “New Cairo is positioned as the future sustainability capital of the Middle East.” In fact, Egypt aims to have 42% of all electricity generated from renewables by 2035. This could not be more vital to put into practice now, as Egypt is due to host the COP27 summit this year.

However, while New Cairo is being framed as a hub of sustainability within the Middle East, it would appear that ESG is less of a priority for Egypt than the economic rewards that are generated from green finance. There is no better example than the recent announcement this month that Egypt has turned off streetlights, regulated the temperatures of air conditioning units, and instructed malls to close at 11 pm, in order to free up more natural gas for export. This is because it can be exported at a ten times higher rate than when it is used by local consumers, particularly given Europe’s need to reduce its reliance on Russian natural gas. The emphasis appears to be on economic sustainability, shown through energy exports being prioritised over domestic consumption, as well as the development of new smart cities such as New Cairo being prioritised over the wellbeing of Egypt’s wider population (of which 27.9% live in poverty). However, given the tumultuous years as a result of the Arab Spring, this is hardly surprising.

With plentiful green space and state-of-the-art facilities, New Cairo’s quality of life has become its unique selling point. However, this may not be as accessible as it seems.

The Arab Spring has been referred to as a “quest for dignity.” Could Egypt’s Smart Cities be seen as a detour on the “Arab road to dignity?”

Herbert Girardet, the founder of the World Human Council, acknowledges the practical necessity of a redesigned capital but also wonders if the city’s purpose is to generate admiration on the world stage. He said: “it’s true that Cairo as a city is massively congested, and there is probably a need for a new capital city. But it seems to me that it would be a city driven above all else by developers keen to create prestige, rather than long-term sustainability.”

Central to the concepts of both prestige and dignity is respect and, with features such as Africa’s tallest tower and a park double the size of New York’s central park, it would appear that respect and admiration are being sought after the years of unrest that followed the events of the January 25th revolution. It seems to be that the Egyptian is aiming for national prestige, rather than offering individuals to live in dignified conditions.

The wide gap between the rich and poor is still a prevalent issue, with the majority of the wealth being in the hands of a minority elite. While the building of a new city will generate new jobs, less overcrowding, and better housing, it’s hard to see how people will be able to afford to live there. Aljazeera describes it as a “new city for the privileged few,” saying “a two-bedroom apartment in the new capital goes for about $50,000 – a huge sum that is out of the reach of many in a country where the gross domestic product (GDP) per capita is about $3,000.”

Prestige projects are all too common in the Middle East, such as the new Saudi Arabian Neom project, which has been described as “big on hubris and low on practicality.” Perhaps Smart Cities are cases of leaders flying too close to the sun with their infrastructural ambitions.

Amnesty International also reported a “horrifying execution spree” in Egypt between October and November 2020, as well as numerous cases of human rights abuse throughout the years, in order to prevent freedom of speech. Both the European Parliament and United Nations have condemned Egypt’s human rights abuses, with the European Parliament calling on its members to review their relations with Egypt. In the years after the Egyptian Revolution on January 25th 2011, where 846 protestors were killed in circumstances that an Egyptian government fact-finding panel described as “excessive” force, this does call into question if Egypt has learned from its troubled past of disregarding human rights.

Human dignity and human rights are cornerstones of the ESG framework, which calls into question if New Cairo is sustainable at all, or if it’s just a mirage for prestige and a means to capitalise on green finance globally. The political situation could be a barrier to foreign investment, and it certainly devalues their claim of being a global ESG hub.

However, it’s not that simple. While the notion is unpalatable, workers in 38 of the top 100 cities for foreign direct investment are at high or extreme risk of human rights abuses. While these are high-risk investments for foreign investors, these same investments still make up $71 billion of FDI for these countries. In short, human rights abuses may be a barrier but it is possible that they will not stop FDI in its tracks. However, in the case of Saudi Arabia’s Neom project, after their forced displacement of the Al-Huwaitat tribe was exposed, commercial partners did pull out of partnerships with Neom (such as Riot Games). So, it is possible that, for reputational reasons, investors may avoid Egypt.

Effectively, Egypt’s Smart City is a showcase of African ambition: ambitions centered around foreign direct investment, sustainability ventures on the global stage, and international prestige. There will certainly be an improvement in the quality of life for those who can afford to live in New Cairo and, indeed, Cairo as it currently is will eventually cease to function if nothing is done about its overpopulation. However, to say that improved quality of life for citizens is the primary motivating factor behind Egypt’s Smart City would be short-sighted.