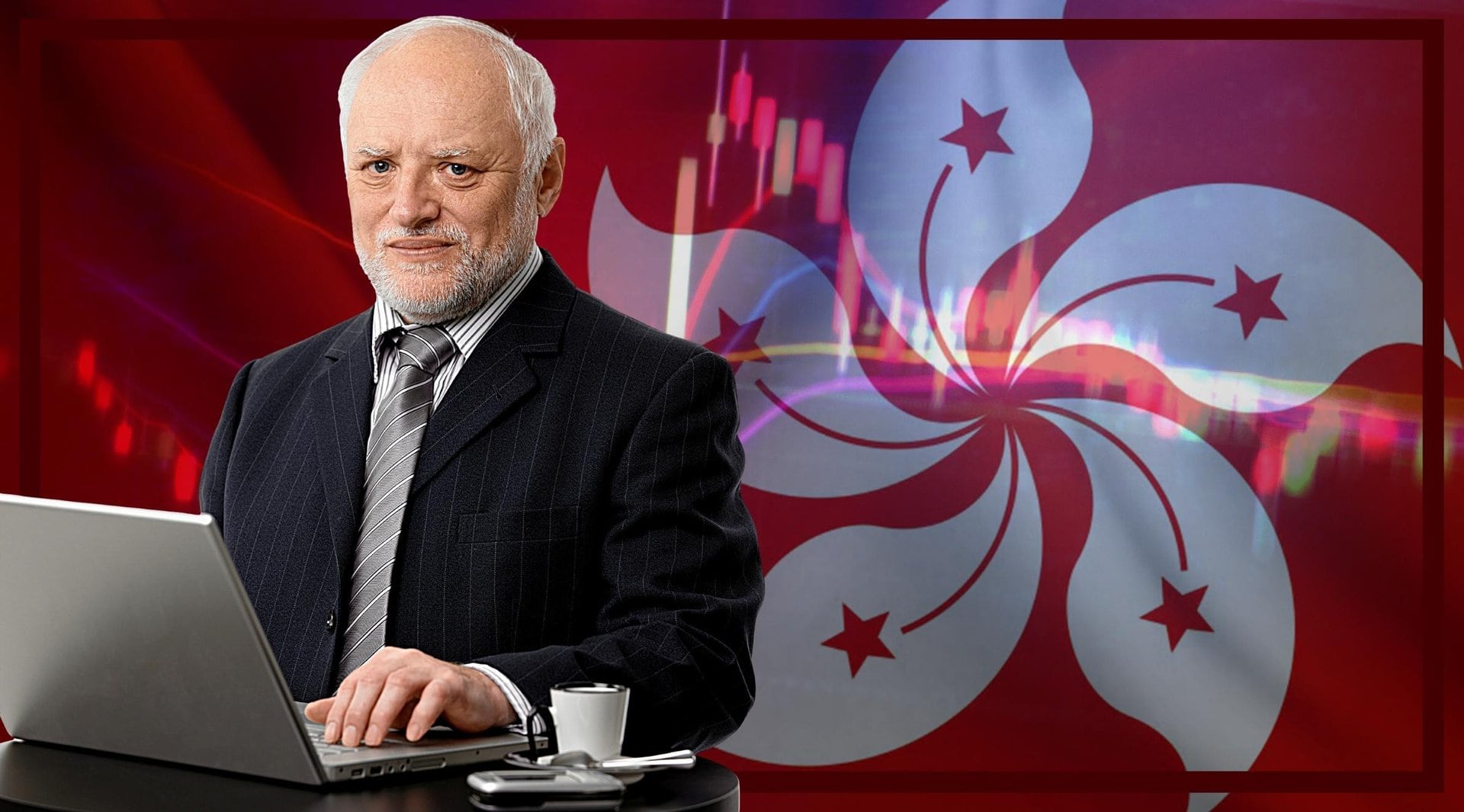 What’s going on in Hong Kong? With ongoing Covid-19 restrictions, the fallout from the implementation of China’s National Security Law, and increased tensions in nearby Taiwan, it seems to be a pretty bleak time in the city. Foreign bankers are fleeing in big numbers to Singapore, other Asian hubs, or back home. Chinese markets – and Hong Kong is definitely one of those now – are generally slumping, no matter how much President Xi tries to revive spirits. And now the Hong Kong Stock Exchange (HKEX) has been hit by a resurgence of the “meme stock” phenomenon.

This year so far, 70% of IPOs in Hong Kong or China have seen peculiarly large price movements shortly after their listings, despite having unspectacular fundamentals. Many of the stocks, like Magic Empire or TOP, are financial services companies based in Hong Kong. Following the example of the original meme stock, GameStop, these shares have soared on the stock exchange thanks to speculative purchases made by organised retail users. These users tend to coordinate themselves on social media platforms like Reddit, in an attempt to drive up the value of their chosen stock and collectively make profits.

One Hong Kong-listed company stands out amongst all others, though: AMTD Digital. Originally backed by Li Ka-shing’s CK Group, before he distanced himself from the mania, the stock soared by 2,325% in its debut session. At one point, this made the little-known financial firm more valuable on the markets than giants such as Meta Platforms. The authorities suspected there must be some kind of foul play or market manipulation going on. Hong Kong’s Securities and Futures Commission searched AMTD’s office and the home of Calvin Choi, the former UBS banker who now runs the financial services company.

While investigations are ongoing, in reality it seems that AMTD had simply become Reddit’s investment of choice, becoming the most-mentioned stock on the social media platform and subject to huge demand from the platform’s users.

Given this craze seems to have largely died down in Western markets, after the GameStop saga of 2021, what explains its sudden reemergence in Hong Kong?

Some have opted for rather catastrophic explanations. Hong Kong has always been less liquid than other major financial markets, being relatively smaller and more retail-driven. And with cash in the Far East now beginning to shift to Singapore, some have suggested that the HKEX is becoming much less liquid and therefore more vulnerable to sharp price movements.

This seems overblown. After all, quite a number of US-listed Chinese firms are, with Beijing’s encouragement, moving to Hong Kong. This is largely because of a dispute – the States is demanding full access to US-listed Chinese firms’ audit papers – that’s threatening to see Chinese firms kicked off American markets. Despite the shift to Singapore, the HKEX is also tapping into the large amounts of capital available in the Greater Bay Area, and in mainland financial hubs like Guangzhou. Despite the problems it faces, any suggestion that Hong Kong is becoming a Z-list market where liquidity is scarce and wild, speculative moves are common is hugely premature.

Instead, it seems that the reasons for the AMTD surge are almost identical to those which drove GameStop to stratospheric highs.

Analysing the GameStop saga, researchers at Harvard Business School made a number of interesting findings. They noted that the stimulus cheques, sent to every single American by the government to support them through the pandemic, propelled “questionable investments in meme stocks.” The academics also reckoned that “about $100 billion of the $814 billion the US government disbursed through stimulus payments found its way to the stock market.”

Another factor behind the rise of meme stocks was also likely to be sheer boredom. During lockdowns, the vast majority of individuals, and particularly young retail investors, were stuck at home doing very little. Many turned to social media and the Internet to keep them entertained. New platforms like Robinhood also meant, for the first time, individuals were able to trade stocks in a cheap, fun way. This is known as the “bored market hypothesis” – and it makes a lot of sense.

These conditions have now been almost completely replicated in Hong Kong. Thanks to China’s “zero Covid” policy, there are still tight restrictions in the city and most remain at home. Hong Kong is also handing out stimulus cheques, just like the States did. Because the authorities are concerned at the number of people leaving, it recently expanded the monthly programme to include not just locals, but non-permanent residents and foreign students too. 6.6 million people are entitled this month to a stimulus package worth HK$5,000 ($637). As happened in America, is this money finding its way to the stock market via meme stocks, by bored individuals taking punts on speculative stocks?

When looked at alongside its GameStop counterpart, the AMTD Digital case is fascinating in demonstrating the conditions in which meme stocks arise. Free money and boredom have twice proved to be the spark for wild surges in the price of Reddit-anointed stocks. With the Chinese mainland still under strict Covid rules, and the government recently announcing yet more stimulus measures, might we soon see similar moves on stock markets in Shanghai, Guangzhou, or Shenzhen? The conditions would certainly appear to be right.