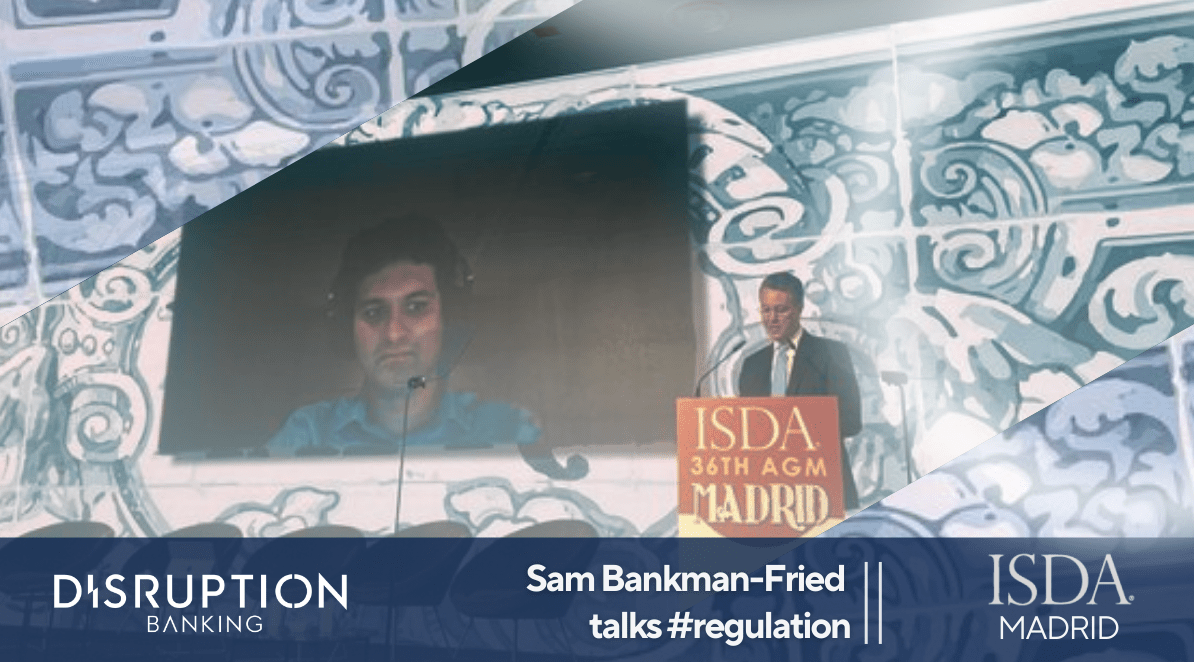 The afternoon session of the International Swaps and Derivatives Association’s AGM began with a fireside chat with Sam Bankman-Fried, Founder and CEO of FTX. The conversation largely focused around the global regulatory landscape for digital assets, and what frameworks Bankman-Fried would like to see emerge.

Bankman-Fried started by noting the huge disparities which currently exist from country to country. Because there are no common standards when it comes to crypto derivatives licenses, “there are effectively 200 different approaches” that exist. On one hand, there are countries which already have very specific licences available for firms seeking to offer such products, as well as those where there simply “are no licences firms could or would get” – and “everything in between.”  Therefore, “compliance standards can really differ from jurisdiction to jurisdiction.”

In terms of regulation in the United States, Bankman-Fried also noted that there are two main financial regulators. There is both the Securities and Exchange Commission (SEC) and the Commodity Futures Trading Commission (CFTC). Which should be regulating crypto markets and issuing the relevant licences? Bankman-Fried pointed out that a Spot Bitcoin-USD contract would be considered a security. But Bitcoin itself is, in his view, “widely considered to be a commodity.” So which regulator takes the lead? “I think more generally, there’s a lot of overlap here,” Bankman-Fried said. There’s a lot of “open questions” which need to be answered. Clarity on this front, as well as uniformity when it comes to the contracts that are being used in crypto deals, is crucial:

Unlike some other global cryptoexchanges, such as Binance, the world’s largest, FTX is regulated in many different countries globally. “We are now regulated in dozens of jurisdictions,” Bankman-Fried said. Indeed, he has made this a key priority over the last couple of years – “that has taken a lot of work, and a lot of my time.” Bankman-Fried noted that, while FTX has sought licences before offering certain products to the market, some competitors have “said “fuck it” and offered them anyway.” Bankman-Fried recognised that this strategy had put FTX at a certain disadvantage: even ignoring the opportunity cost that comes from a slightly more conservative approach, the company has invested between $1 and $2 billion into this regulatory process. This could, of course, have been spent on upscaling core infrastructure or marketing.

That said, FTX is now able to offer a range of crypto products in a “legal, licensed manner” around the world. According to Bankman-Fried, the exchange also has a strong relationship with traditional financial institutions. In the long-term, he sees this as putting FTX at an advantage compared to exchanges which have rushed to offer unlicensed products and therefore have had shaky relationships with regulators. The emphasis on compliance, while costly in terms of time and resources, “is going to set us up for success.”

This relationship with traditional financial institutions is all the more important, because FTX aims to get involved in the institutional space. Bankman-Fried noted that, even currently, FTX’s core target market is not really the average retail investor: many of its users are individuals or small companies trading over $1 million a day. Bankman-Fried envisages extending this model out to service major financial institutions trading crypto derivates.

To do this, he accepts that “uniformity” is required in the market. As it stands, there “aren’t any templates in the crypto ecosystem” – making it hard for institutions to get involved on a firm legal footing. As Scott O’Malia, the CEO of ISDA, also put to him, institutions are unlikely to get involved while massive security breaches are still possible. In April, the stablecoin protocol Beanstalk Farms lost $182 million – all of its collateral – as its governance system was exploited. Furthermore, when these incidents do happen, there is nowhere to turn. Who do you go to in order to get your money back? Bankman-Friend accepted there is “no perfect answer.” However, he did point out that more work could be done on improving the robustness of smart contracts and in ensuring there is “more clarity” on what to do when there are failures.

Ultimately, Bankman-Fried struck an optimistic tone. He clearly believes that the industry is moving towards a more mature, cooperative and pro-regulation model that FTX will benefit from. He also thinks that a lot of the remaining issues, such as how crypto derivative or futures contracts are enforced and upheld, will ultimately be dealt with on the blockchain. While there is still a lot to do before traditional banks are trading crypto derivatives in large volumes, Bankman-Fried seems to think that day is not too far away.