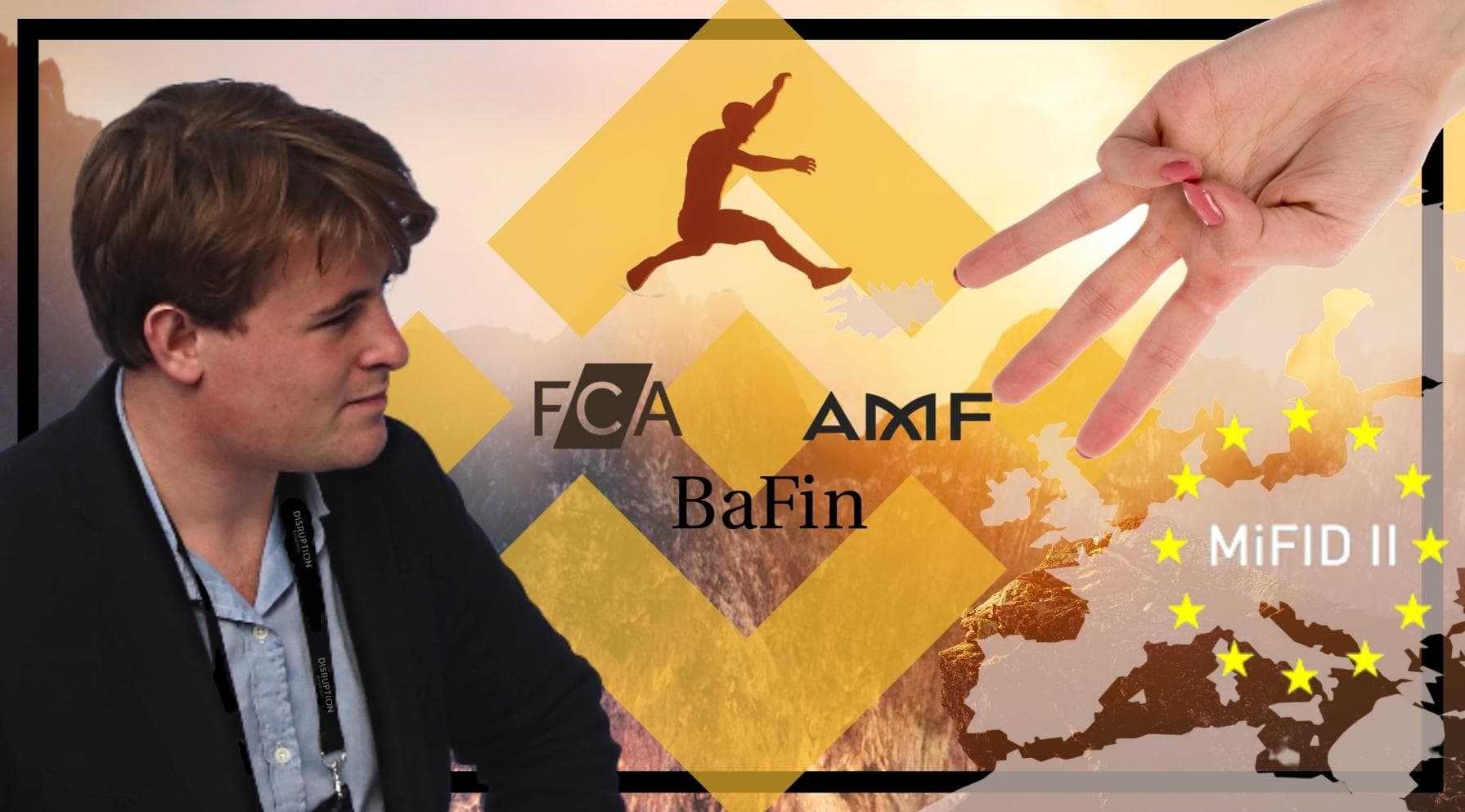 In the first of this three part series, we looked at the controversies surrounding Binance and how the company has pledged to hire regulatory experts to clean up its act. To investigate how robust their processes are, I applied for the role with false credentials. Despite knowing little about regulatory affairs, I passed four interviews and was offered the position of Senior Regulatory Advisor in Binance’s futures business – which offered a salary of £160,000 per year. In the second piece, we looked at the issues arising from these interviews, including: the lack of regulatory experience of those managing Binance’s compliance operations, a senior individual suggesting that the role would entail working on crypto derivative products for retail consumers (which is banned in the UK), and the lack of an ability or desire to interrogate whether my regulatory experience was as sound as claimed.

Developments after the interview process raised further questions. Having passed the four interviews, I was offered another call with the HR representative in Shanghai – a call which I expected would be to let me down gently. To my mind remarkably, Binance seemed to find my minimal regulatory knowledge sufficient to believe I was indeed an expert of ten years’ experience, and duly offered me the role of Senior Regulatory Advisor. An email followed, outlining the details of the offer. In this email, I was asked to send a scan of my passport and copies of my pay slips, so that I could receive a formal offer letter. Not wanting to send forged documentation, I simply did not send anything and told my contact at Binance that I was considering my options. They sent me the offer letter anyway.

Signing this letter bound me to taking the job at Binance. However, it did not include a full job description or terms of employment. The letter said that “you will be provided an employment contract on accepting the offer along with a job description.” This struck me as strange: why would anybody agree to do a job if they are not sure specifically what that job involves, and why would you only receive the terms of employment after you have already agreed to them?

When I asked for the full job description to be provided, I was simply referred to the original advert and told “it’s a similar role” to my current one – “except our business is bigger.” It felt as if I was being pressured to sign up to a role without knowing what I was potentially letting myself in for. When I insisted on the job description being included in the letter I had to sign, the contact replied: “we dont [sic] normally have that JD [job description] included in the offer letter, even for the legal team, but will you sign if we put it in?” Although I reassured him that it was my intention to take the job, once I had had the chance to review the contract, the Binance representative was still not happy. “Even the general counsel and all the other lawyers sign on this contract,” I was told. This made me wonder if they were trying to hide something – if the true nature of the role would be revealed only once I had committed to doing it.

Eventually, I was offered another call with London to discuss my concerns. While the call did not address the specific issue of the employment contract, we talked about what my role would actually entail in more depth. This was in lieu of a formal job description on the contract. I asked what kind of relationship Binance expected me to build with the regulator: would I need to be combative or cooperative? The contact said that the “very high-level position is that we want to get licenced globally” so that “wherever we offer our products, we can do [so] in a compliant manner.” He listed a whole array of internal changes the company needs to make to become more compliant: referring to operational capital requirements, transaction monitoring and the competency of human resources, among others.

Although based in London, the Binance representative was keen to emphasise that the work would not be limited to the UK. In fact, he said that I would be able to determine myself “where [I] can add the most value.” This might be in the UK, Europe or further afield: “no one’s going to say, no, you must do this, or you must do that.” Whilst this freedom was presented as offering a diverse and exciting working environment, it also suggested to me a somewhat erratic approach to compliance: that the company is not treating its regulatory obligations with the rigorousness that the situation clearly warrants. In any case, I pointed out to him that working in the jurisdictions of, say, Gibraltar or Lichtenstein is a very different prospect to working in France or Germany, requiring different skills, experience and expertise. Which did he want me to do? This was met with a limited response. This contact did, however, mention that obtaining the relevant licenses in the UK is a particularly high priority – “so if you have FCA connections, that’s going to stand you in good stead.” The apparent desire to cooperate with the FCA is a welcome change from the company’s past approach of refusing to offer the regulator important information and documentation.

Towards the end of the final call, this contact said he “can only tell [me] so much” and that I would “need to take that leap of faith at some point.” By way of reassurance, he predicted that Binance would soon have a formal European HQ based in Paris, and several major offices globally, although there does not appear to be any plans for an established office in London. I told him I would need a few days to mull the offer over, and then the call ended. This was the last contact I had with Binance until we approached them with our investigation.

We approached Binance on the subject of this recruitment process, and asked how it was that a journalist was able to pose successfully as a regulatory expert of ten years’ standing. A representative from Binance’s HR Department – who did not wish to be named – responded to our investigation with the following comment:

“All roles at Binance are offered on a conditional basis and are contingent on meeting thorough background checks to verify experience after an offer is accepted. This candidate falsified his background and work experience. While he was offered a position, like any other company, after signing he would have had to pass our background check which is conducted by an independent third-party. His fraudulent statements and falsified work history would have been easily flagged.”

We also approached Baroness Morgan, a member of the UK’s House of Lords and former Chair of the House of Commons’ Treasury Select Committee. In 2018, her Select Committee published a report on cryptoassets which argued that such products are “especially risky, particularly for inexperienced retail investors.”

Responding to our findings, Baroness Morgan stated that: “I think the evidence that you have, in this case with regards to Binance – but I suspect it applies to others as well – shows that they don’t follow all the rules.” She called for a “public education campaign” undertaken by the UK regulators in order to “discourage” consumers from using unregulated platforms and making it “very clear that they do so entirely at their own risk.”

Binance clearly has serious questions to answer. The fact that a journalist – two years out of university and with no experience in law or compliance – can make it all the way to the offer stage of a senior role paying £160,000 a year calls into question Zhao’s claim that he has been bringing in industry experts as part of his commitment to making Binance more compliant. This company is responsible for daily trading volumes which now often surpass a hundred billion dollars. How Binance works has important ramifications for major financial markets, the credibility and legitimacy of the emerging crypto space, and almost thirty million active users worldwide. These findings should concern all with an interest in any of these.

#DisruptionBanking are delighted to be media partners of this year’s Fintech Aviv Annual Summit.