FX Rigging Scandal: Why is nobody going to prison? 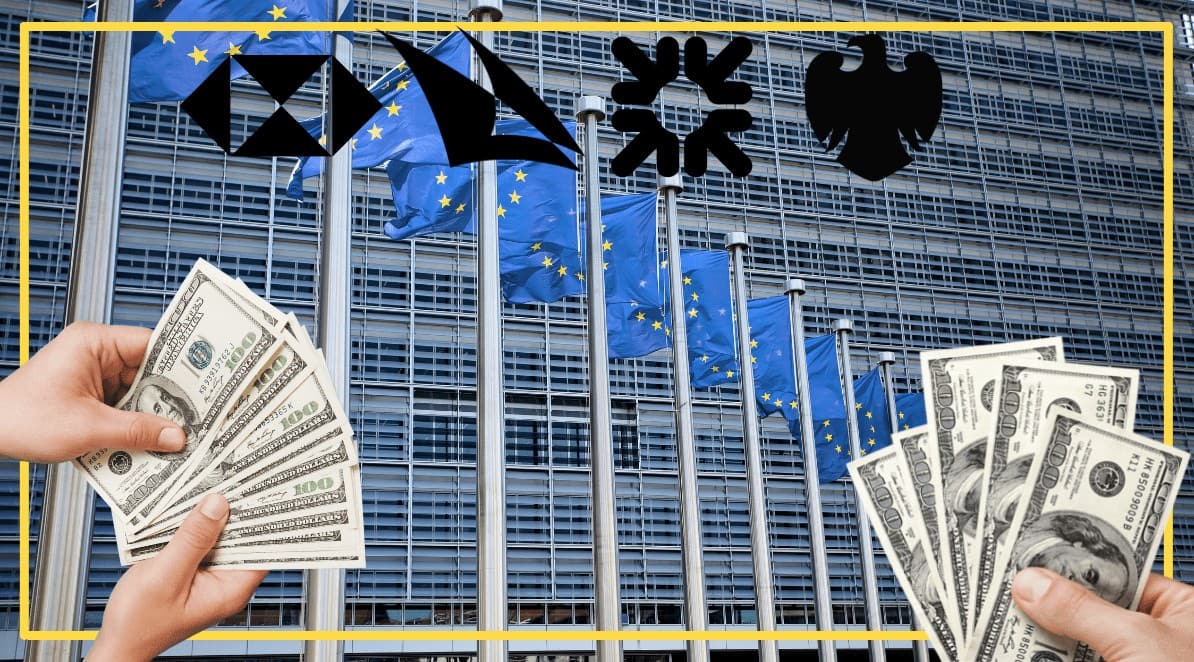 Every now and again, something happens in the banking sector that makes you amazed nobody is going to prison.

Last week it was reported that the European Commission has fined four of the world’s largest banks for involvement in price fixing on the foreign exchange markets. HSBC, Credit Suisse, Barclays and the Royal Bank of Scotland were fined a total of €344 million. UBS was also due to be fined a further €94 million, but were let off under EU leniency rules (UBS management found out about the cartel and reported it to the authorities).

Perhaps it was the brazenness that particularly struck me. Traders from these five banks colluded via online chatrooms and group chats – one named “Sterling Lads” – in which they shared sensitive commercial information regarding how their banks intended to trade. Given the amounts traded by these institutions are enough to move markets, this allowed all of the traders involved to make more informed decisions when buying or selling currencies. Essentially, they could predict major moves coming in advance and could therefore hedge their exposure accordingly.

Cooperating through the chatroom, traders would reportedly “stand down,” temporarily withdrawing from the market so as not to clash with another trader. They likely also coordinated to place orders at similar times in order to effect sharp price movements, thereby achieving maximum value. Given the foreign exchange market is by far the most liquid in the world, this is clearly not something the average fx trader is able to do – let alone consumer or retail investor – and is therefore in violation of EU competition laws. Put more simply, it’s greed on steroids.

After the notorious rigging of Euribor rates (the euro benchmark borrowing rates that underpin over a trillion pounds’ worth of financial products), such news is not exactly surprising. For many – most, even – bankers lost all moral authority long ago. That happened when the taxpayer had to bail out the sector back in 2008 and, apart from a couple of fall-guys like Tom Hayes, nobody really appeared to be held responsible. This is all reflected in the public’s rock-bottom trust in financial institutions. But it’s important that disillusion does not develop into indifference.

Because capitalism can’t work properly if competition doesn’t exist in practice. All those setting up any business or private enterprise, including those related to the financial markets, need to believe that, at least theoretically, they have the same chance of success as anybody else. In a free market, such people also need to believe that everybody else is operating under the same rules and in (relatively) good faith. When major players are exposed time and again as colluding with each other unlawfully, seemingly to rig the system against the little guy, this trust is shattered. It has a major impact on the integrity of financial markets, and arguably the very credibility of capitalism.

As Competition Commissioner Margrethe Vestager said: “The collusive behaviour of the five banks undermined the integrity of the financial sector at the expense of the European economy and consumers.”

On a more practical level, this type of manipulation also directly hurts consumers. In this case, not because buying or selling currencies become more expensive – the price movements are usually very small and only for a matter of seconds. But consumers who have money tied up in pension funds or investment trusts will be hurt. Products like this are all exposed to the foreign exchange market, and movements there will affect their value, sometimes with lasting effects. This is why such behaviour is so serious. And that is also why – though it falls significantly below the Euribor fine and the record fine applied to truckmakers – the Commission’s fine is hefty.

But it’s strange that no criminal proceedings appear to be on the table. There is plenty of precedent for this: “rogue trader” Nick Leeson spent over four years in prison in Singapore after bankrupting Barings Bank through unauthorised speculative trades, while Kweku Adoboli of UBS was jailed for seven years for fraudulently booking fake hedging trades that hid the fact he was exceeding his risk limits. Adoboli insisted during his trial that his management knew what he was doing. If true, this raises the question as to whether they should be punished too. And what of the trader surveillance teams who either fail to pick up discrepancies or – worse – deliberately turn a blind eye? What penalties should they face? Of course, it would be silly to throw any banker who ever makes a mistake in prison. But we should certainly be looking at more stringent criminal penalties for those who intentionally undertake illegal, highly damaging behaviour. As well as those who are involved in facilitating and encouraging any illegal activity.

This scandal has revealed what we all expected – explicit evidence of communication between the big banks to rig the market in their favour. But if relatively junior traders are using “Sterling Lads” group chats to coordinate the buying and selling of hundreds of millions in forex volume, what might be going on at a senior level? Could there also be “Gold Lads,” “FTSE Lads,” or perhaps “Bond Lads?” There is also the possibility that other unlawful collaboration is more nuanced and less formal – and therefore harder to detect. How far does this kind of behaviour extend?

To ask again: why is nobody going to prison for this? Beyond presumably losing their jobs, those responsible for rigging the foreign exchange market have completely evaded responsibility for their actions. A mere €344 million isn’t going to cause anyone at the big banks sleepless nights. But the prospect of facing deserved prison time for intentionally engaging in corrosive, unlawful behaviour? That would be powerful.