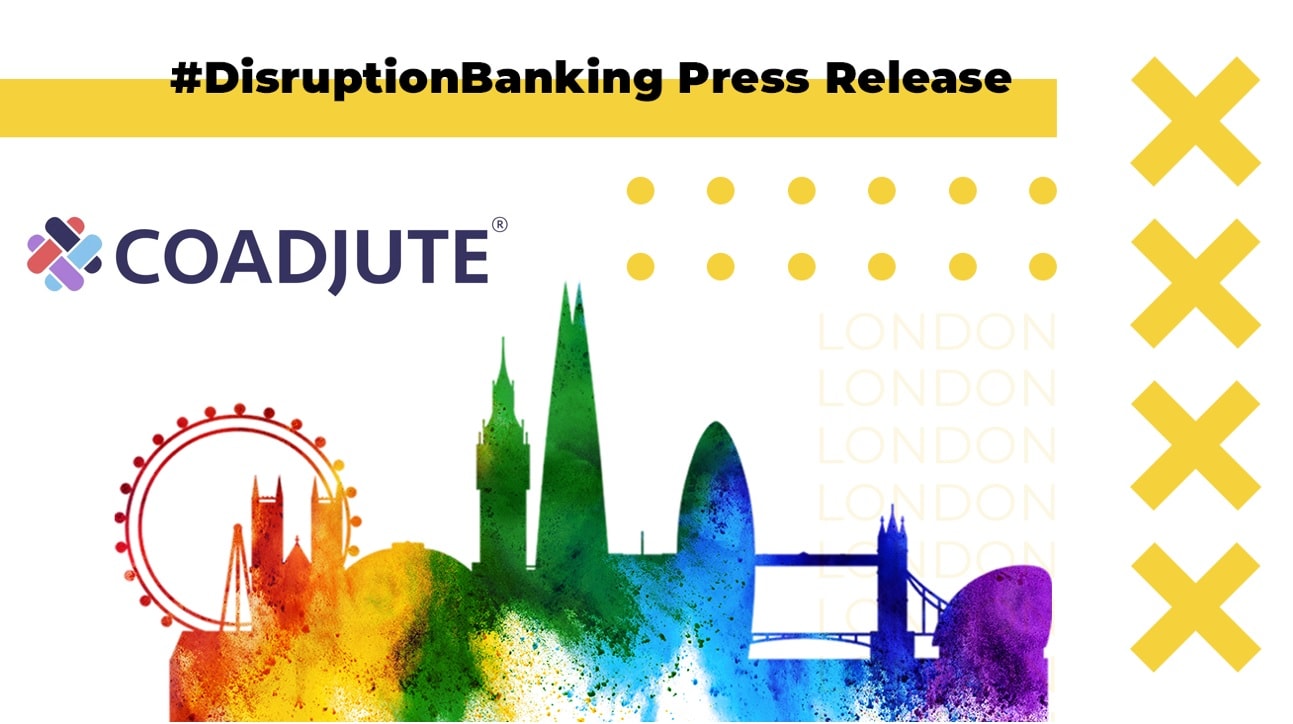 LONDON 28 SEPTEMBER: Coadjute, the real-time network that connects the property market, has announced plans to enable retail banks in the UK to issue a mortgage stablecoin on their network, working in partnership with global technology firm R3. The service is set to vastly improve the movement of mortgage funds, which amounts to over £240bn each year nationally.

Stablecoins issued on the Coadjute Network will be the first UK Retail Bank stablecoins and the first in the world expressly designed to speed-up the completion of mortgages.

It is further evidence that the UK is the global leader in the development of digital currency.  The UK government’s Chancellor, Rishi Sunak, recently named Central Bank Digital Currency (CBDC) on a list of priority financial reforms for the Treasury.  This follows his set up earlier in the year of a fintech taskforce to investigate a Bank of England CDBC or ‘britcoin’, which would revolutionise the way money moves around the UK monetary system. Coadjute’s move brings the same technology to the process of home buying and selling.

The current process for completion of a property transaction has seen little innovation in the last 20 years.  Multiple parties move large amounts of money between a complex array of accounts, often using email and phone calls to communicate and check details.  This creates high levels of administration which frequently cause last-minute delays in completion, and the familiar “Friday afternoon rush”. The traditional process is also vulnerable to fraud.

Coadjute’s new approach is to enable mortgage stablecoins to be issued on the Coadjute Network. The stablecoins are purpose-built for mortgage completions and transform the efficiency with which funds can be moved and settled between the parties involved in a property transaction, including mortgage lenders, conveyancers and estate agents.  Coadjute’s approach provides a ‘single source of truth’ simultaneously to all parties involved, removes the need for continuous manual reconciliation, and significantly cuts the risk of fraud.  The use of mortgage stablecoins on the Coadjute Network also lowers costs by moving funds over the network and not solely through traditional payment rails.

For banks, they can better manage their liquidity positions and forecasts on mortgage inflows and outflows and reduce the potential for fraud from Authorised Push Payments (APP).

John Reynolds, COO of Coadjute says “The opportunity to reduce push payment fraud is particularly significant.  We enable conveyancers to continue to manage transactions but without having to take on the risk of holding cash in client accounts.   This in turn could unlock lower Professional Indemnity Insurance premiums, potentially by more than 15%, a significant saving for a sector struggling with recent PI insurance increases”.

The Coadjute network is based on R3’s Corda enterprise blockchain technology, which lies behind many large-scale financial networks, including Italy’s Spunta Banca DLT solution, which is used by over 100 Italian banks for settlement, 91% of the Italian banking market.  In its first 6 months, Spunta Banca DLT processed 204 million transactions transforming the interbank reconciliation process.

Dan Salmons, CEO of Coadjute said: “Blockchain technology is no longer just about cryptocurrencies, and is now being applied to highly regulated environments such as Central Bank Digital Currencies.  Coadjute’s mortgage stablecoin represents the ultimate in control, having been designed expressly and solely for the completion of mortgages.”

“It is truly programmable money, with built-in rules that prevent it ever being used for anything other than the precise property transaction it was meant for. Our stablecoin will enable a much smoother process for property completions along with unprecedented security. It truly is a breakthrough in the property market.”

Cathy Minter, Chief Revenue Officer at R3 commented: “R3’s Corda technology is perfectly suited to support Coadjute’s work to provide friction-free, secure transactions for the property industry. Distributed Ledger Technology (DLT) has demonstrated its value in transforming industries time and time again – Coadjute’s use of DLT to connect the property market is no exception. We look forward to continuing our work with Coadjute on the next generation of property market infrastructure as its network grows.”

As well as being highly secure, the Coadjute network completion process is simple:

Coadjute aims to slash the time to complete a house purchase in half by connecting the disparate parts of the home-buying process.  After 3 years of development involving Banks and HM Land Registry, it announced the network was live in July 2021.   Last month, it announced that two-thirds of the software used by estate agents will be connected to the network.

Coadjute will be running trials of the new Mortgage Stablecoin service in November with a number of major UK mortgage lenders, along with providers of legal and banking software.

Coadjute is a new, real-time network to speed up property transactions. It is the world’s first digital network to seamlessly connect the property market and give a synchronised view, end-to-end.

Coadjute doesn’t replace existing systems, it is the digital backbone that connects them. It is a fast, secure, and standardised way for property businesses to connect and transact through their existing software.

Coadjute was formed in 2018, following a successful initiative brought about by HM Land Registry to test the use of blockchain technology in the property market. After a vigorous period of piloting the concept, Coadjute has now launched with its first transaction.

Estate agents, conveyancers, mortgage brokers and lenders can now synchronise progress in real-time and collaborate without leaving their existing platform. The network removes administration to free up time for more valuable tasks and can reduce those many small process delays caused by miscommunication or a disconnect along the chain.

The network utilises R3 Corda enterprise technology, a bank-grade form of Blockchain with particularly high levels of security, used by numerous financial institutions the world over.

Buyers and sellers benefit from greater transparency than ever before, a reduced risk of fraud and a faster process.

R3 is an enterprise software firm that is pioneering digital industry transformation. With our foundation in enterprise blockchain technology, we power solutions that deliver trust across the financial services industry and beyond. Our enterprise blockchain platform Corda is digitalizing the processes and systems that firms rely on to connect and transact with each other and has more than 350 institutions deploying, servicing and building on it. And our confidential computing platform, Conclave, empowers businesses to develop applications that analyze and process sensitive data from multiple parties—all without compromising on confidentiality.