Why is Citi embracing Crypto? 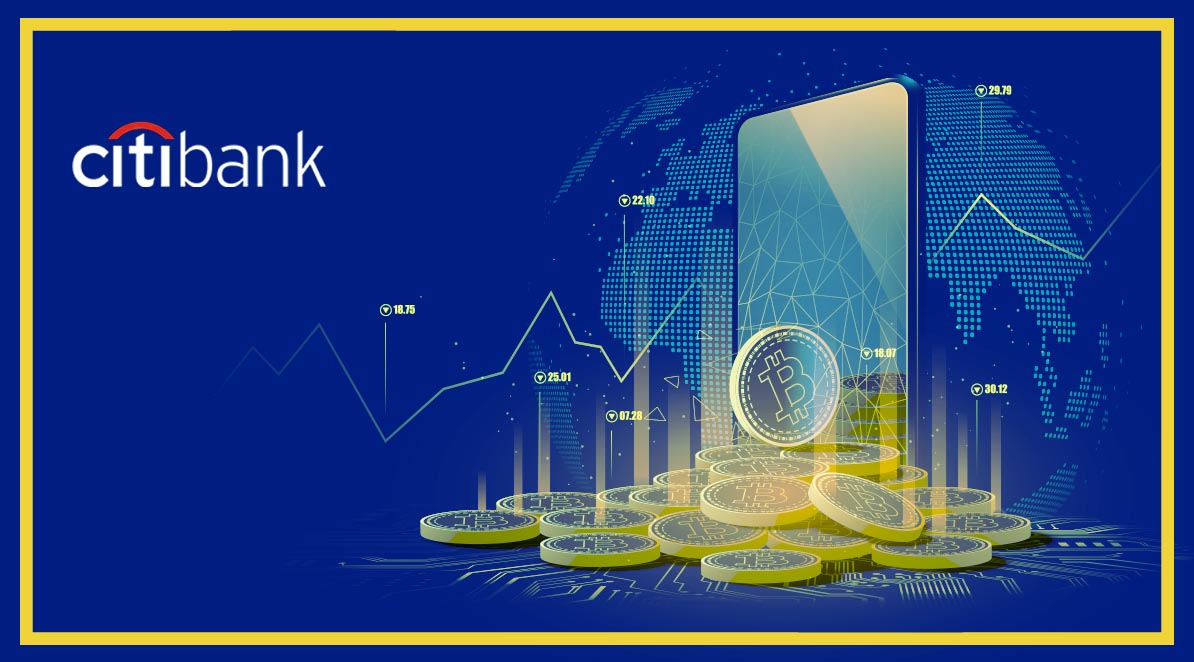 It was only recently that we covered a story about Citi’s ‘At the Tipping Point’ report on bitcoin. Financial institutions like BNY Mellon were already getting involved in cryptocurrencies back then. However, today we will be focusing on how Citi has started embracing Crypto.

Just a few weeks ago the price of bitcoin started to collapse. Elon Musk’s u-turn on accepting bitcoin payments for new Tesla cars took its toll on the cryptocurrency. It dropped well below the $60,000 mark it had beaten in April.

Unrelated to the climate argument raised in his defence by Musk, bitcoin miners across China ended their activities over May and June, leading to further drops in the price of bitcoin.

The World Economic Forum recently published a story about ‘how blockchain and cryptocurrencies can help build a greener future.’ In the story, Stephen Stonberg, CEO of Bittrex Global, points out how: “The traditional international financial system requires significantly more energy than the Bitcoin network. All of the disparate parts that make up the whole of the global banking network – banking data centres, card network data centres, ATMs and bank branches – use a lot of energy.”

So while Musk has moved on to Dogecoin and where to put his next factory. It’s been hell for most bitcoin ‘hodlers’ since early May with no signs of the ‘correction’ abating.

Could this be the perfect time for other ‘corrections’ to take place? Perhaps a new division at Citi?

Jane Fraser, CEO of Citi, has overseen a period of relative success for the bank. Unlike the challenges her counter-parts at companies like Credit Suisse or Goldman Sachs have had to face, Fraser seems to have come through 2021 largely unscathed by Australian entrepreneurs or disgruntled, over-worked employees.

Instead of facing scandals, Fraser shared her policy regarding cryptocurrency before the U.S. Senate Banking Committee last month. She shared how her company was taking a ‘measured approach’ to cryptocurrency as the bank sought “to understand changes in the digital asset space and the use of distributed ledger technology, including demand and interest by our clients, regulatory developments and technology advancements.”

Fraser continued by adding: “Before we engage with cryptocurrencies, we see it as our responsibility to ensure we have clear governance and controls in place.”

Itay Tuchman, global head of foreign exchange at Citi had already come out and said that trading, custody and financing with cryptocurrencies was being considered by the bank.

This was a sign that Citi was stepping up their approach to innovation, by joining the likes of BNY Mellon, JP Morgan or Morgan Stanley in the crypto space.

Hot on the heels of their Bitcoin report, Citi seemed to have timed things very well:

According to a memo to staff seen by Bloomberg News, Alex Kriete and Greg Girasole from Citi will be serving as liaisons to ‘other business groups at Citi,’ Iain Armitage, Citigroup’s global head of capital markets for its private bank, and Rob Jasminski, who oversees the bank’s investment management arm globally, said in the memo. ‘They will be responsible for developing our future product capabilities, client delivery mechanisms and thought leadership around all digital assets,’ the memo confirmed.

Interestingly, the new division of Citi refers to its wealth management unit only. For some, this could be a point of contention, however it’s also clear that Citi don’t want to mess around with the Robinhood market, yet. There is also the other consideration. Bitcoin can’t go much lower and is due a correction in the near future (looking at previous trends). With wealth management clients able to invest in cryptocurrencies, the returns could be very high. They could also be very low.

There are even more reasons, less related to the price of bitcoin.

It’s a big thing for a global systematically important bank to embrace cryptocurrencies. Even with Jamie Dimon, CEO of JP Morgan, openly discussing how customers of his bank are looking for opportunities to invest in cryptocurrencies, there simply doesn’t appear to be enough acceptance. Didn’t appear, at least, till last week.

The Consumer Safety Technology Act has shone a light on how much lawmakers in Washington DC actually know about cryptocurrencies. Perhaps the wider world hasn’t yet realised just how much exposure to cryptocurrencies Congress has had. Today there are many members of Congress who are pushing for the government to embrace cryptocurrencies, more than ever before. And the numbers are growing.

In Europe there has been a fair amount of exposure to bitcoin. Early projects like Arnhem Bitcoincity, which promised to be the ‘world’s most Bitcoin-Friendly city’ are not new concepts. Charlie Shrem announcing how he was turning Miami into a #Bitcoin City back in February this year, didn’t turn too many heads either. However, this week, in the midst of the New York Mayoral election, one of the candidates all of a sudden blurted out:

The dismal collapse of China’s bitcoin mining industry has created opportunity. Opportunity that Texas has tried to react to:

The U.S. might be seen as becoming ‘Cryptopian’ if you look at the combined affect these events could have on the wider financial system.

What spurs some commentators on, is how there is also a small amount of fear that the U.S. will be left behind by other nations, like China.

A few years ago, Tony McLaughlin, then MD, Treasury and Trade Solutions, London, at Citi addressed the topic of cryptocurrencies in a video. He highlighted how there were ‘Fiat-landers’ and ‘Cryptopians’. McLaughlin, like his CEO, Fraser, comes from Scotland.

McLaughlin was speaking at the Finnovex Virtual Summit just this May, where he focused  on the ‘future of money’. Allowing us a little insight into what some of the thought leaders at Citi think of where cryptocurrencies are taking us.

“What I would suggest to you is that we may be on the verge of another format war. I don’t have to remind you about previous format wars, like what happened to Kodak or Blockbuster or Research in motion. All of them were involved in very bruising format wars, and format wars can be winner takes all battles.

“This is of great importance to anyone in financial services and beyond, the digital money format war. Or, the battle between regulated money and non-regulated money. Between liabilities and quasi-liabilities (cryptocurrencies). Between tokens versus accounts (bank accounts).

“The ‘Tokenisation Thesis’ is the idea that building the financial system on tokens is superior to building on traditional account based infrastructure.

“Token infrastructures are always ‘on’. Traditional financial systems are not … like FX, equities or bonds. These markets are not running 24/7, but distributed ledger technology (DLT) does.

“And representation. The nature of tokens, the fact that these tokens are chains of digital signatures, means that they’re better than Excel spreadsheets at representing financial assets.”

Summarising, McLaughlin shared how he believed that whilst completing Central Bank Digital Currency (CBDC) projects, central banks should consider investigating tokenisation. To not just replicate the current ‘liability’ approach of how accounts work, but consider extending the uses to encompass all regulated liabilities.

Who else is embracing Crypto?

Stories about Wall Street banks embracing cryptocurrencies are starting to gain momentum. Last week, BBVA of Spain’s Switzerland business released its first crypto-asset trading and custody service to private banking clients. This is not a surprise considering Switzerland’s leadership come to all things wealth management . This move happened just before Citi’s announcement too.

From Citi’s website, there is a line that should stand out to anybody familiar with the bank. The success of their visionary approach to credit cards was epitomised when, ‘by 1994, Citibank became the world’s largest issuer of bank and charge cards’.

Today, the bank is setting their sights on another new market. They certainly have pedigree, but do they have the appetite for the digital money format war?