What is the interest rate in the UK? 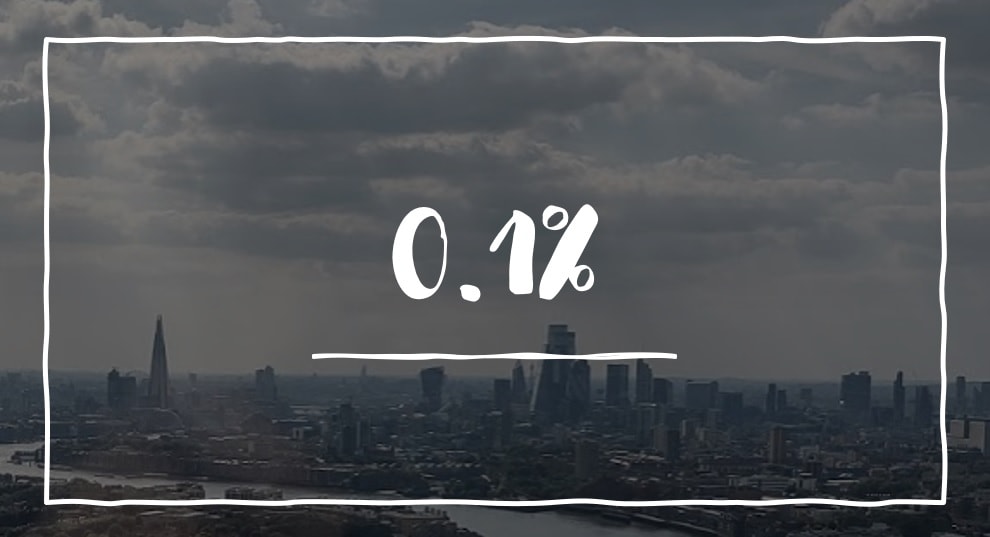 It’s been an exhilarating start to 2021 so far. Recent spikes in inflation have meant some of us are more worried about the Interest Rate then we were last year though. Banking professionals will be watching this story unfold very closely. But, for today, most of them can breathe again as the interest rates in the UK stay static at 0.1%.

More precisely, it was the Bank of England’s Monetary Policy Committee (MPC) who agreed, earlier today, to keep the Bank Rate at 0.1%. Unanimously agreed.

But before you all go and get the champagne out and celebrate. Whenever growth and abundance are touted by Bank CEOs, Economists and Central Banks, there can often be a downside too.

‘Rip roaring recovery’ did you say? We’ll be having a ‘gangbusters economy’, will we?

What is so different this time?

Why the interest rate remain unchanged

The next time the Bank of England’s MPC is set to review the Bank Rate will be in August. And although the rate has remained the same for now, it’s hard to say what might happen the next time the Committee meet in early August.

Some of the more important points from their latest meeting included how since May, ‘developments in global GDP growth have been somewhat stronger than anticipated, particularly in advanced economies.’

Interestingly, the sentiment would suggest that further stimulus measures won’t be necessary. Yet, unerringly, the Bank of England has committed to continue to maintain its quantitative easing programme at £875 million, as expected.

With inflation, there is a less gloomy outlook: ‘Financial market measures of inflation expectations suggest that the near-term strength in inflation is expected to be transitory.’ Much as many economists and the Fed in the U.S. have suggested.

Whilst Brexit is not such a distant memory (not even mentioned once by the MPC), it’s encouraging that the future is looking better. Todays challenges will be different, with ‘the number of furloughed jobs declining faster than expected, as demand has recovered. However, vacancies have risen above pre-Covid levels, and there are increasing signs of recruitment difficulties for some businesses, and in some locations and sectors.’

The closing message focused on how the MPC didn’t foresee any change to monetary policy until inflation stays at around 2% for a sustained period of time.

Did the Bank of England make the right decision for consumers?

You might remember how the UK’s GDP collapsed in 2020. The UK’s economy shrunk more than that of Spain or Italy.

Economists also believe that the UK’s economy shrank substantially more than that of the U.S. in 2020. And, while inflation might be lower in the UK than the U.S., for now, the UK has a lot more GDP to make up for than the U.S., especially in 2021. This may imply that inflation will start to spiral in the weeks and months to come.

The inflation levels are the main areas of concern for many. Apart from anything else, with inflation well above interest rates, there is no way to ‘save’ for those of a more cautious disposition.

That was one of the points that Jason Cozens, Founder & CEO of Glint shared with #DisruptionBanking today. He continued by explaining his concerns further:

“In the UK, we’ve already surpassed the 2% target and there is even talk of inflation hitting 4% this year. U.S. inflation sits at 5%, the highest level since the financial crisis and production prices in China are up 9% in a year putting global consumers at real risk of further price hikes if these increased production costs are passed on.”

“In addition to rapidly rising inflation and low interest rates, the value of our cash and savings is also eroded as consumers are hit by continued quantitative easing and shocking levels of government borrowing and debt. The UK National debt sits at over 98% of GDP or at £2.17 trillion.

“These factors ensure that the purchasing power of sterling declines over time and reduces the value of the cash in our wallets and the savings we have in the bank.”

This is where Jason sounds a note of caution. Especially bearing in mind all the discussions about the ‘Rise of the Retail Investor’ we have seen over the last year:

“In a search for greater value and control, consumers are increasingly opting to spend and save in alternative currencies, such as gold or cryptocurrencies. However, the volatility of cryptos, shown by the recent collapse that has seen Bitcoin’s value drop 43% since the start of May, will ensure that it remains an unattractive investment for many. Whilst the value of gold can decline, it is up 5% from its March low, outperforming many other assets.”

Did the Bank of England follow the Federal Reserve in the U.S.?

As mentioned earlier, the U.S. economy didn’t suffer as much as the British economy during the pandemic. The bounce back might be very different, as some commentators fear:

Andy Haldane, till recently the Chief Economist at the Bank of England, has been vocal about how stimulus should end. How inflation is a bigger concern than many may think.

Olivier Konzeoue, FX Sales Trader at Saxo Markets, shared with #DisruptionBanking how “outgoing chief economist Haldane was the only dissenter voting against keeping the bond-buying programme unchanged (8-1 split on the topic).

“The MPC used similar rhetoric to that used by the U.S. Fed of late, describing an expected peak in inflation in excess of 3% (versus 2.47% previously) as likely temporary in nature.” Olivier concluded.

With the pound dropping today, Marc Cogliatti, Principal – Global Markets for Validus Risk Management explained why that might have been:

“The outcome (of the MPC) was widely predicted, however, sterling fell 0.5% against the dollar, suggesting traders were hoping for a more hawkish tone from the MPC following the Fed’s stance last week. Instead, the committee appear to be taking a cautious approach, not wanting to risk curtailing the recovery that has been witnessed in recent months.”

The cautious approach is commendable. Small companies will continue to be able to gain financing at affordable levels. But, where Biden has been repeatedly highlighting the need to spend on infrastructure in the U.S., the UK has been quieter on the specifics on any grandiose government spending plans.

With August just round the corner, it may be wise to wait and see what policy decisions the government might make, before deciding exactly how good or bad the economy feels right now.

If you want a reminder about our story from last week where we covered a story showing how inflation in the UK reached 2.1%, follow us on Twitter: