The Crypto Diary of a Hodler 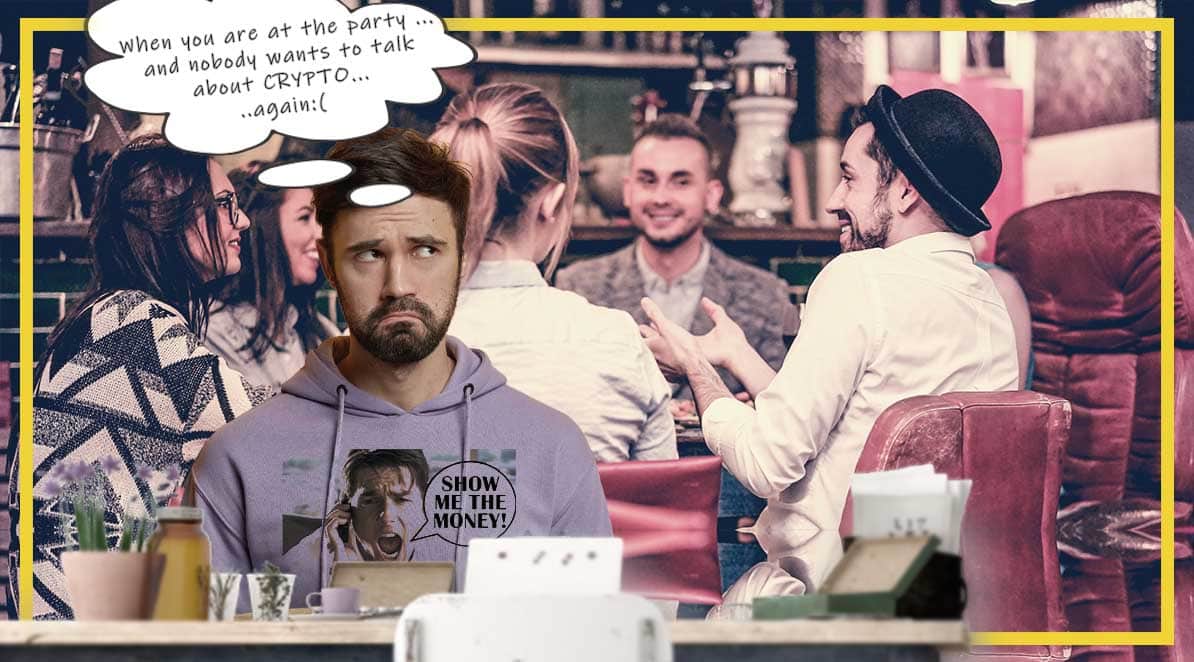 Jon had been watching CryptosRUs on YouTube again. He had spent hours following what users had been posting and commenting in Bitcoin & Crypto groups on Facebook. Jon had liked and retweeted Charlie Shrem’s Tweets at least once a week so far in 2021, but he hadn’t actually bought any #Bitcoin yet.

At least a few of his friends had ‘accepted’ – at least he assumed that they’d accepted – if he had been over-sensitive he may have suspected that they were laughing at him. But they had clearly accepted his new found enthusiasm for everything Crypto. They obviously respected how smart he must be to know all the things he did about #Bitcoin and cryptocurrencies in general.

Jon had worked hard to put away some spare money. His Dad had always told him to play it safe. And with Bitcoin hitting $40,000, he still worried about whether he might lose everything if he did finally decide to invest. He had a wife and friends to think about. He’d always been good with finances. Everybody knew that Jon was good with money.

Jon had heard from people like Tyler Winklevoss, that guy from that show on Netflix called ‘Social Network’, that #Bitcoin would hit $500,000. Surely it was still really cheap and he could ensure his financial future by getting involved with Crypto?

Jon charted the performance of #Bitcoin on his laptop. He was really proud of all the buy and sell signals he’d managed to work out. He had finally setup an account with Coinbase and was getting their payment card in the post next. His friends would think he was so cool.

Jon had been watching CryptosRUs on YouTube again. He had spent hours following what users had been posting and commenting in Bitcoin & Crypto groups on Facebook. Jon had been impressed with how Charlie Shrem was turning Miami into a #Bitcoin City, but more importantly Elon Musk’s Tesla had bought #Bitcoin, and lots of it!

Jon had been very steadfast in resisting the temptation of buying #Bitcoin, but he’d finally gone in after seeing what had happened to the price of the cryptocurrency after Tesla made their big investment. All his friends thought Tesla was cool. He’d already been showing off his new Coinbase card, it was his favourite thing to do in February. It made him cool, and helped gloss over the fact that he’d only just gone into the cryptocurrency as it hit $57,000.

His wife and friends would be so proud of him when his portfolio started to quadruple later in 2021. He had already started to think about what to spend all his winnings on, a holiday in the Maldives and a new car to start off with.

Had he invested enough though? Perhaps he could have taken a few more dollars from one of his credit cards, or even taken out a short-term loan? Otherwise he’d lose out, wouldn’t he? His friends would think he was so cool when he showed them how much money he’d made. He was so cool.

Jon had been watching CryptosRUs on YouTube again. He had spent hours following what users had been posting and commenting in Bitcoin & Crypto groups on Facebook. He’d also joined something called ‘Reddit’ because of something some users had mentioned, so it must be cool. Jon had been learning about some of Charlie Shrem’s ‘friends’ from the Crypto community like @cz_binance of Binance. He’d never heard of anyone called Cz before. Must be some hip-hop term that had caught on like Elon Musk’s new daughter’s name: X AE A-12.

Jon had been out shopping using his new Coinbase card. It was so much cooler than the Monzo card his wife used or the Revolut cards that most of his friends had. Everything from the U.S. was always much more cool. Jon was almost overcome with his own wonderfulness.

Jon had taken out another small loan in preparation for the biggest IPO in the world, Coinbase. He would be one step ahead and show all his friends how much cooler than them he was. His friends had also been asking him more questions about Crypto. It was obviously just because he was so much better at all this digital Tech stuff than they were. Just like his new friend Cz:

March was the first time that Jon had managed to make a small profit from #Bitcoin. His wife was even showing signs of interest in Crypto. But Jon hadn’t told her exactly when he’d bought his #Bitcoin yet. He would surprise her one day instead.

Jon had been watching CryptosRUs on YouTube again. He had spent hours following what users had been posting and commenting  in Bitcoin & Crypto groups on Facebook. He’d been learning all about #CryptoPunks after a super-cool article he’d read in TechCrunch. He’d even decided to change his avatar on social media to resemble a strange digital caricature of himself, just like proper Crypto fanatics were doing.

Jon had also managed to get himself a handful of Coinbase shares. He’d heard about how the crypto exchange could be worth $100 billion. It all sounded very good for #Bitcoin, and so many of his friends were looking at him enviously, obviously.

He’d been showing off his new knowledge of trading after he saw Oanda retweet a tweet about ‘ingordigiousness’. When he explained to his much less intelligent friends what it meant, it was so obvious that they all worshipped him for how good he was with finances.

His wife had been really nice to him recently too. She’d even offered to do his ironing so he’d look better on his zoom calls with his friends – where he talked about crypto all the time, obviously. She was clearly enamoured with Jon and was just showing him how much she appreciated him. Wait till she found out how much money he’d be making out of #Bitcoin and how she’d keep doing his ironing forever once he showed her their tickets to the Maldives. Much better than that trip to the local Aquapark that had been the nearest thing to their honeymoon.

Jon had been learning more about all these #Hodlers in April too. The end of the month was a bit nail-biting, but none of his friends had noticed, and surely May would be better? Best not say too much about #Bitcoin anymore. Have you seen Outlander on Amazon Prime? The Scottish scenery can be so pretty in spring.

#Bitcoin ends April just over $53,500, Jon watches Braveheart with his wife again as he starts to feel like a real ‘veteran’ crypto enthusiast.

Jon had been watching CryptosRUs on YouTube again. He had spent hours following what users had been posting and commenting in Bitcoin & Crypto groups on Facebook. He’d been trying to work out ways of sounding cool about how he bought a ‘Dogecoin’. Elon Musk was going on about it most of the month and now that Jon had his Coinbase account he thought he’d also help Musk ‘Fly to the Moon’ with Dogecoin. Isn’t that what all the successful and uber-cool people in the world were into?

He hadn’t told his friends about his Dogecoin investment in the end though. Things had been a bit harder back at home. Looks like all that ironing back in April had been a ruse, and his wife had been trying to get her hands on his #Bitcoin all along! Now he’d have to find someone else to take to the Maldives with him next year instead!

The other problem in May was the Biden administration proposing to tax crypto transfers over $10,000. Jon had been reading opinions on the topic on the Facebook groups he was a member of. He was quite famous in some of them, loads of users looked up to him and at how smart he’d been with his Crypto investments. At least what they thought were his Crypto investments. They were so not as cool as him anyway, and new users were turning up every day who didn’t have a clue about Crypto. He had joined the group when it was only 3,872 members. There was over 10,000 now! Jon was so cool.

#Bitcoin ends May just over $35,500, Jon starts to realise that #Bitcoin can go down as well as up. He decides to continue his #Hodling.

Jon had been watching CryptosRUs a bit on YouTube again. He had spent a few minutes following what users had been posting and commenting in Bitcoin & Crypto groups on Facebook. But Charlie Shrem has just posted about El Salvador, Jon noted:

His wife is filing for divorce anyway, the price of #Bitcoin has just collapsed. So Jon is checking out how he can make up the 3 #Bitcoin he’ll need to move to El Salvador. He’s packed his bottle of Old Spice, exchanged the last of his Dogecoins for #Bitcoin and is waiting for the first available flight to get him down to South America.

His friends will definitely think he’s the ultimate uber-cool Cryptopunk when he sends them a selfie of himself using his Coinbase card to go shopping in El Salvador. They’ll be queuing up to come and join him!

#Bitcoin looks like it might be rallying after hitting lows of less than $34,000 in June. By the time Jon gets to El Salvador he’ll definitely be ‘in the money’ and all the locals will treat him like a Rockstar!

The views and opinions expressed in the story about Jon are completely random and not based on any particular individual or organisation.

The Editorial Team at #DisruptionBanking have taken all precautions to ensure that no persons or organisations have been adversely affected or offered any sort of financial advice in this Article.

Our readers are reminded that investing in cryptocurrencies can mean that you will lose all your money and not be able to share it with your wife or fly to the Maldives potentially. 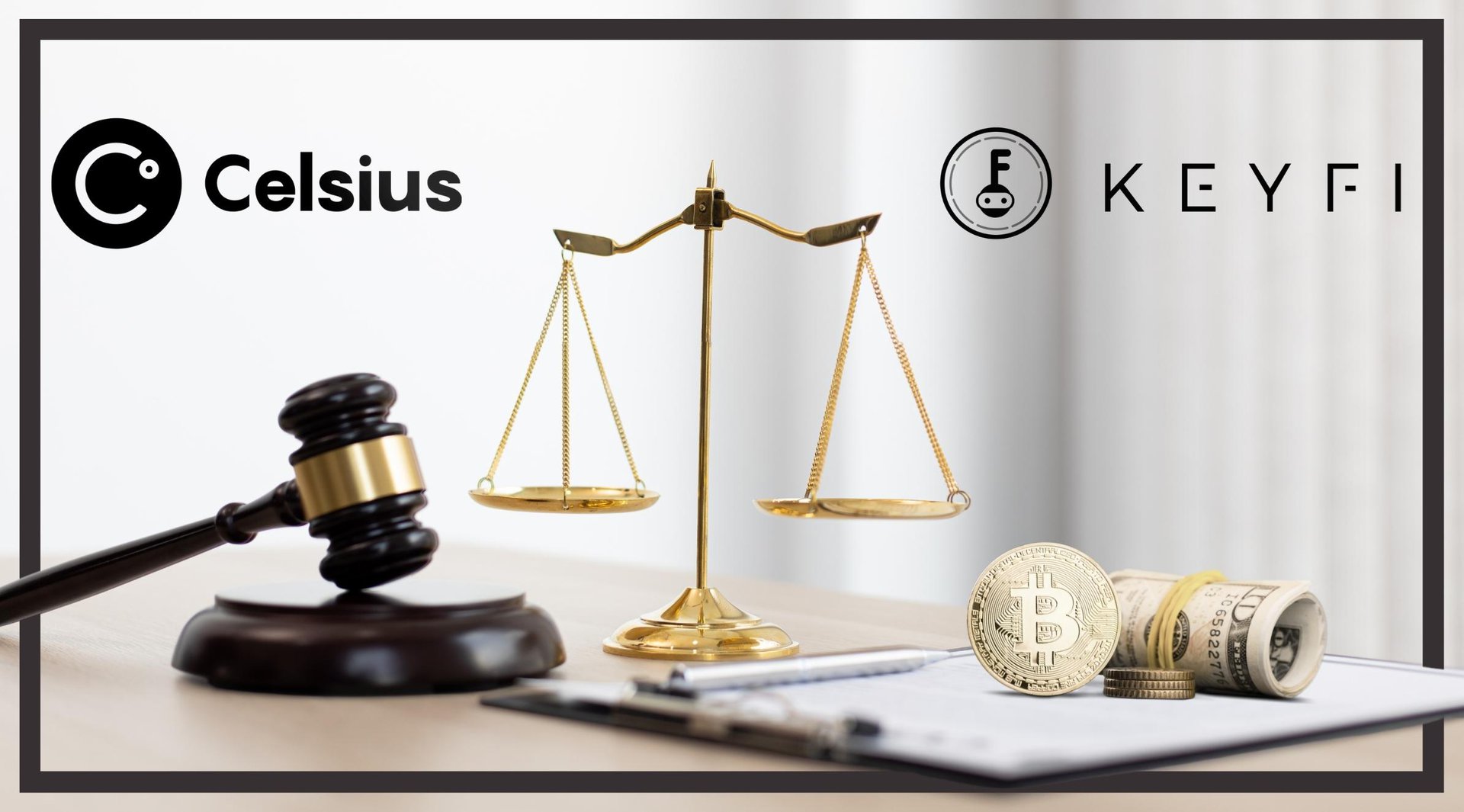