Stock Markets in China look Bearish, should you worry? 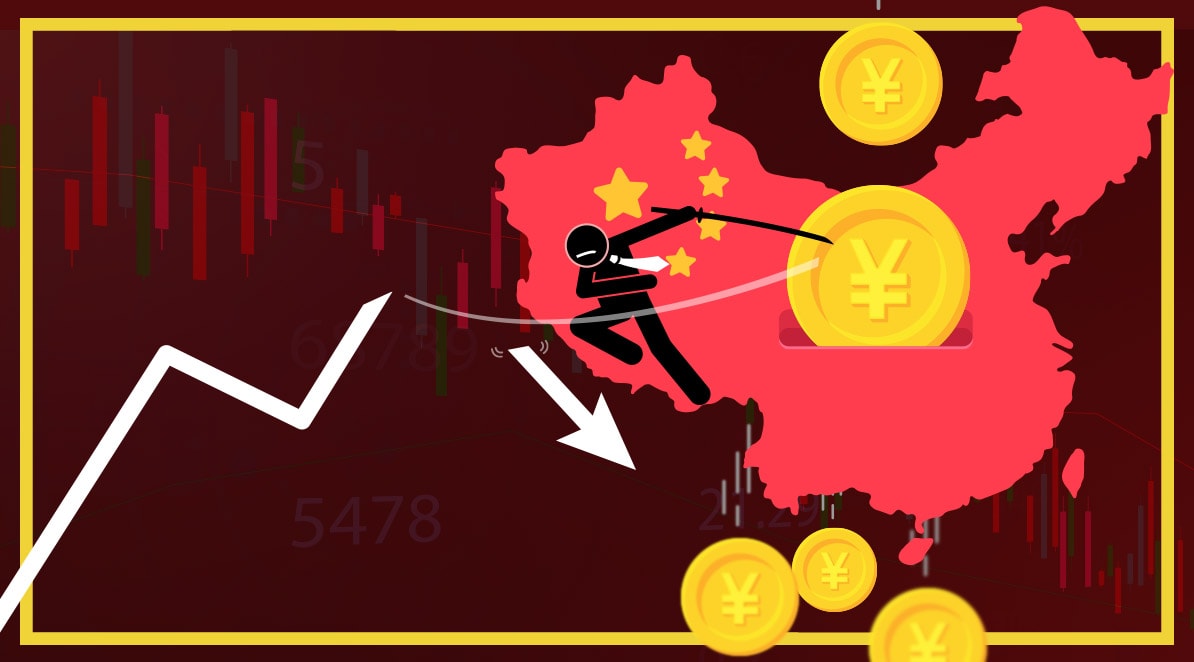 Many of us have been observing the dip in equities markets in China this week. Stock Markets in Hong Kong and Shanghai have both been dropping on consecutive days, while Shenzhen has also dropped, although not as badly.

Analysts in the major investment banks across the world have been mainly bullish on Chinese stocks, especially at the end of 2020. Today the same is no longer the case.

In an interesting twist, the South China Morning Post’s most recent story on the topic, seems to infer that this is because of the U.S. adoption of rules requiring Chinese and other foreign-listed companies to submit financial audits, or face ejection from Wall Street.

Increased audit requirements is hardly a new thing, Chinese companies knew that they would have to adapt their audit standards to list on U.S. exchanges. With the general tone emanating from the Biden administration, it’s a little surprising that Chinese markets may have only just reacted.

Not to mention the Luckin’ Coffee story from June 2020. In the story, we highlighted concerns in the U.S. about the accounting practices of a certain chain of coffee shops based in China. Luckin’ Coffee later openly admitted to their accounts having large discrepancies.

There is further news about a delay in the vaccine being rolled out in Hong Kong as well as some disappointing 2020 earnings reports by companies such as Geely Automobile and Kuaishou Technology.

It has all added to a rather bearish outlook for Stock Markets in both Hong Kong and mainland China, for now. Some may even have started to worry.

Getting back to normal has been on people’s minds almost since the outbreak itself started. And while many have been critical of China for their alleged lack of transparency with regards to the outbreak, nobody can deny that China led the way in keeping the pandemic under control, and are now leading the way out of the pandemic.

If you need a recap as to how we got here, our story from last April provides an apt reminder of the key facts:

First in, First out. Or so they say.

Just over a year ago, Trump was talking about reaching some kind of understanding with China when we covered a story about his time at Davos. This week we saw the U.S., the EU, Canada and the UK sanction China for alleged human rights abuses. Things have definitely taken a dramatic turn.

With China exiting the pandemic much sooner than many other countries, it will be interesting to see how their economy recovers. At least China isn’t carrying the debt levels that some of the countries, and the EU, that are sanctioning them, are burdened with.

2020 wasn’t a good year for China’s debt ratio. In a recent story it was reported that Beijing was renewing emphasis on debt reduction, whilst expecting the ratio of debt to gross domestic product (GDP) – to stay “generally stable”. Their economic target for growth in 2021 is set at “above 6 per cent”, although it should be nearer to 8% some observers say.

Surely the Markets will rebound then? The economy is certainly forecasted to.

What about other countries who are exiting the pandemic?

Back in January the signs were initially very good for Israel:

However, watching China recover from the pandemic will shed new light on how other economies will be able to follow, including Israel.

With Israel and the UK leading the way when it comes to vaccine rollouts, this could be a small sign of things to come for them, and later for the other countries in the EU as well as North America.

It is likely that Israel will soon fully emerge from the shadow of the pandemic. For now, comparisons with what is happening in China are not so apparent.

The Central Bank of Israel has not released many stories about the specifics of their recovery recently. The Bank of England have been a little more active in this area.

The Rip Roaring recovery in the UK

In a television interview hosted by Robert Preston last night, Andy Haldane, Chief Economist at the Bank of England made a few memorable comments about the economic recovery. Some of them included:

“As it was the sharpest recession, it will be the quickest recovery in recent times.”

Haldane went on to explain how there had been a lot of savings that had been made amongst UK Households in the past year. About £150 billion.

“If some of those savings do get spent, even a small amount of them, we’re talking about a pretty rip roaring recovery,” he said in an interview on Peston’s show broadcast on Twitter. “When it comes, it will come fast, and it will be large.”

Haldane continued by sharing the following thoughts too:

In principal, the outlook is good. Haldane’s opinions on the recovery can’t be considered ‘negative’. In which case, one does wonder why no ‘Rip Roaring’ is happening on Stock Markets in China right now?

Each week, BlackRock publishes a weekly commentary on their site. Their most recent piece expressed specifically the companies views on Chinese assets. Members of the BlackRock Investment Institute are listed as contributors to the latest commentary where they share the following thoughts on how they see things:

“Chinese stocks have sold off on concerns that China could tighten monetary and fiscal policy more aggressively – after having led the global restart and policy normalization.

“China has recently lifted most domestic virus restrictions, paving the way for stronger growth – and further policy tightening. Recent better-than-expected Chinese data suggest markets may be underestimating the resilience of the economy. With a focus on improving the quality of economic growth, policymakers have shown a clear willingness to keep liquidity under control and allow occasional spikes in short-term rates – effectively moving in the opposite direction to the rest of the world.

“This hawkish policy bias has spooked markets, but it may have been largely reflected in pricing, in our view.”

In the meantime Bloomberg reported that analysts at Credit Suisse Group AG cut their recommendations of Chinese stocks to as good as sell this week. The stories share some similar conclusions.

The FTSE 100 lost just over 1.5% in the last week, whilst the Hang Seng Index (the nearest equivalent to the FTSE 100 in Hong Kong) has lost over 5% in the last 4 days alone. There is still some worry about Inflation in the future, but the overall outlook appears to be better in the U.S. and the UK, at least in the case of the Stock Markets.

Let’s just hope that there is no more unnecessary turbulence to be faced in the future.