The Commodification of Data, Time and Attention 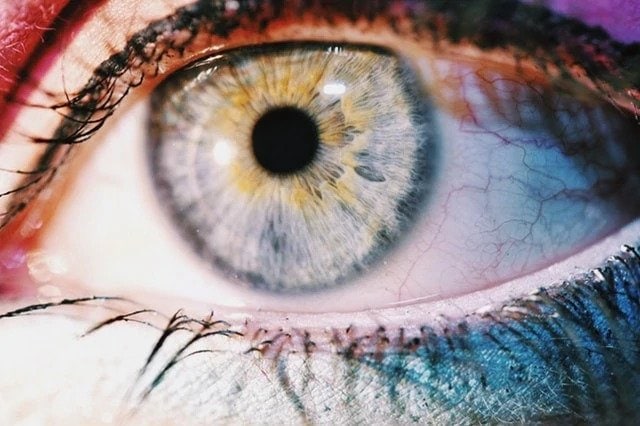 If you’re not paying for it, you might be the product. Throughout history, attention was not sold by those attending, but rather by those that collected it. Some believe that the history of advertising, or the commodification of our attention, began in 1833, when the New York-based The Sun became the first ‘cheap’ newspaper to subsidize its reportage with adverts. In this way, it could have been the first entity to commodify the eyes of the reader, our attention.

Take football as an example. The love of football is not just why Premier League players each earn vast sums, but has significantly more to do with the amount of attention captured by an amount of people for a certain period of time. The cost TV broadcasters pay the league to have the right to air games is passed onto viewers who pay for the channel provider. Gambling of course also plays a major part in the football economy, and few view matches as intently as avid fans or gamblers. Football thus makes money from attention. But with eSports this could also shift to digital as gamers may soon be paid more than American pro athletes.

Media is now overwhelmingly digital, with the world of IoT (Internet of Things) becoming increasingly entrenched in society, the ability of advertisers and data merchants to place unwanted images in front of viewers has grown. In the modern era the forms of media have also increased; TV, games, social networking and other various forms of entertainment abound. So too has the amount of data collected and logged from users, readers and players risen dramatically. This commodity (data) is now more valuable than oil, as noted by The Economist. Look no further than the fact that five of the top six companies in the world by market valuation are data companies.

“It is not data that is being exploited, it’s people” – Edward Snowden

Set to change this ‘abuse’ is the ecosystem of the Brave browser and Basic Attention Token (BAT).

The maker of the Brave Web Browser and the native BAT digital money is Brendan Eich, whose proven track record is being the creator of the JavaScript programming language and the Mozilla Firefox internet browser. Eich felt he needed to counter the developing advanced publicizing issues on the internet. Brave was created by Brave Software, registered in 2015. The first launch of the browser was in January 2016 and since then Brave has been released for Windows, macOS, Linux, Android, iOS and has recently surpassed 9 million users per month.

By default, the Brave browser blocks and even shows users how many third-party trackers (and the ads that rely on them) have been stopped. It also prevents fingerprinting, auto-play of media, crypto-mining, and access to media input devices. It can not only gloat about the protection it provides but also its speed; Brave claims to load major news sites 2 to 8 times faster Chrome/Safari on mobile and twice faster than Chrome on desktop. The browser runs on Chromium, a free and open-source web browser developed by Google. Google itself utilizes Chromium for the source code of Chrome.

BAT is seen as a ‘reward’ cryptographic token, implanted in the Brave Browser. Whilst Brave runs on Chromium, BAT is powered by the Ethereum blockchain, as so many smart contract-based applications are. The concept, with the BAT token as the integral unit of exchange, is an incredible open door for clients, distributors, and publicists to improve the present ad circumstance with insignificant upset of content. Conclusively, the ecosystem functions as with the goals of catching attention transparently, increasing new users and incentivizing content creators.

On the flipside of the consumers are content creators. ‘Brave verified’ websites features heavy hitters such as Wikipedia, The Guardian, Washington Post, Vimeo, WikiHow, out of a total of 35, 264 Brave Browser/BAT Website Publishers. Brave recently made its tipping service available for Twitter users at the beginning of September and one can also collect BAT rewards on such popular platforms as YouTube and Twitch. BAT is a token that has trust from enormous market players who care about their reputation and the well-being of their respective communities.

At a superficial look, the main relationship one may see between BAT, the Basic Attention Token, and the Brave program is that both are identified with promoting. At the point when one investigates, the two are particularly associated. Users can utilize the BAT token with the Brave program to help sites, and the two were made to flawlessly incorporate. As a result of this, comprehension of one requires an understanding of the other. BAT is produced when a client sees one of its Brave Ads on the Brave Browser. The client gets a segment of BAT proportionate to their commitment, or attention, paid for ad viewing and the website that hosts it (the content creators).

Clients who download the Brave program can begin procuring a portion of what publicists spend to collect their consideration immediately, with the ‘rewards’ paid out monthly. The reason for the Brave Browser is to make decentralized commercials on the web from which both the user who is taking a gander at them and the distributor who makes them will gain cash. An advertisement, attention and content ‘marketplace’.

“Security and privacy are the fundamental goals of every aspect of the Brave browser. We’re always looking to provide a seamless and safe online experience. That means integrating the most effective authentication technologies as soon as they’re available.” – Brendan Eich, CEO and creator of Brave

Most promotion income frameworks are to some degree threatening to both creators and publicists, but Brave turns this thought on its head by putting the client as the recipient who can pick who gets their rewards. The ecosystem can also collectively support community initiatives via Brave Grant Ads which are an additional method for people browsing the web to tip their favorite sites and content creators with BAT. Their latest recipient is the Tor project, the initiative to “take back the internet” where websites are able to offer ‘mirror sites’ to regions of the world that are not able to view their content, of which even the BBC has recently made use of Tor. Previous recipients of Brave Ads Grants include the Human Rights Foundation, Code to Inspire, and the Lupus Foundation of America.

Although viable, the referral programs have their drawback in that a large portion of the individuals utilize the item with the goal that they can gain speedy money by controlling perspectives. BAT, anyway, means to stop referral cheats by restricting the number of advertisements that can be seen by a solitary program, this will make it feasible for it to ponder the communication among clients and substance. With Brave making partnerships left, right and centre with major data aggregators and digital ecosystem providers such as YouTube and Twitter, the potential for scale is limited only by the number of users on those platforms and the belief in a fair attention-rewarding system.

Brave may just be the first in a soon-to-be global trend as Opera, another leading browser provider, has recently integrated Bitcoin, Ethereum and TRON wallets into its browser, again with the idea of content creators to be tipped by the community. Another platform along a similar vein of Brave is Steemit, a blockchain-based blogging and social media website, which rewards its users with the cryptocurrency STEEM and others for publishing and curating content.

With everything taken into account, the Brave Browser and Basic Attention Token are an excellent use-case and working example for cryptographic and smart contract exploration in action. Your attention might be the product, but someone should start paying you for it.

Views expressed in the article above are those of the author and do not necessarily represent those of DisruptionBanking or its partners.