Historic Past of Credit Suisse, to its Fintech Future 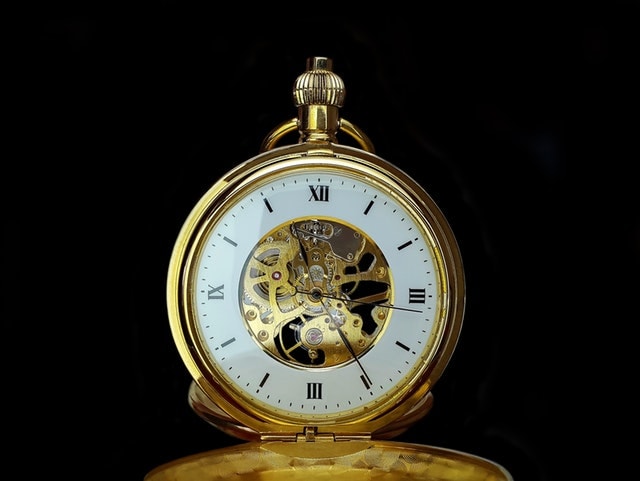 Switzerland is best known for cheese, skiing, watches and of course, banking. It is a widely held belief that the Swiss have enjoyed eating chocolate flavored cheese whilst skiing down the alps, continuously checking the time. But with the advent of Fintech, they most likely do still eat chocolate flavored cheese whilst skiing down the alps, but now all the while watching their bank accounts grow on a smart watch. At the foot of one of those mountains lies Paradeplatz 8, Zürich, Switzerland, Credit Suisse’s headquarters.

Credit Suisse and Switzerland’s place as a financial center have been unmistakably entwined throughout history. The bank was established in 1856 to fund Switzerland’s rail system and issued loans that also established its electrical grid. The European rail revolution, a result of the industrial revolution, cannot be underestimated in terms of the effect on economy and society. Living conditions rose due to rail transport as previously perishable farming goods could then be quickly transported into cities and consumed. It could thus well be argued that Credit Suisse directly increased the Swiss quality of life, bringing light to the street and food to the plate. These precedents set in stone (and iron) examples for the bank to be synonymous with a certain quality today.

A quick look at Credit Suisse’s current business model shows the continuation of quality. The bank targets individuals and companies with more than 50,000 EUR per account opened and endorses a strategy called bancassurance, of trying to be a one-stop shop that offers every common financial services product to its customers. But IPOs also contribute much to the bank’s bottom line and it is set to be one of the joint global coordinators of the Saudi Aramco IPO next month, along with a handful of US investment banks. The initial public offering is expected to generate a lucrative $450 million in fees for the banks concerned.

In an uncertain world of trade, Switzerland appears to weathering the storm of a protectionist world, perhaps in large part due to being well known as a safe haven. Credit Suisse conducted a SME study that found Swiss SMEs were coping quite well with the rising threat of trade protectionism sweeping the globe, with only 40% of SMEs perceiving no or only a minor challenge. Moreover, a comparison over time reveals that the accelerated rise in protectionism since 2016 appears to have affected Swiss SMEs only slightly. In comparison to five years ago, the situation has deteriorated for just 23% of respondents, with around half perceiving no change. Furthermore, the business situation of exporters, which was predominantly perceived to be good when the survey was conducted, has not been severely impaired by trade obstacles.

The country of Switzerland is known to bankers as a financial hub in great part thanks to the Bank for International Settlements (BIS) in Basel. The BIS is essentially the central banker’s bank as the 60 central banks members comprise 95% of global GDP and the HQ is also the location of the successive Basel Accords, the global standards to ensure adequate liquidity at hand for financial institutions, to put at bay global financial meltdowns and what all bank treasuries must adhere to.

The Libra Association’s headquarters in Geneva is further proof of Switzerland still being considered one of the world’s foremost financial centers for the future of money. In Zug, there is the Crypto Valley, a government-endorsed initiative to become the world’s leading blockchain and cryptographic hotspot, with the Crypto Valley Association (CVA) there recently passing the 1,000-member mark last year. Switzerland’s government has shown an interest in cultivating new Fintech technology not just with examples such as the CVA but also by incorporating it closer into law, as the Swiss Financial Market Supervisory Authority (FINMA) also published guidelines on stable coins just this year.

Despite being a part of banking history, Credit Suisse is not looking to be left behind by the Fintech revolution. The financial institution has sought to do this via utilizing new technology, investing in and acquiring startups. A demonstration of the forward-thinking nature of Credit Suisse can be seen in their adoption of the Paxos blockchain for US equity securities settlements. The bank’s investment strategy has been to seek applications that provide added value to their typical business of family offices and wealthy individuals. The bank utilizes the ‘Credit Suisse Entrepreneur Capital’ venture capital vehicle to look for Fintech deals which help the banking giant to stay relevant, competitive and agile.

The bank has put in about 600,000 Swiss francs (470,000 GBP) into TradePlus24, a startup that offers a less expensive answer for SME (Small to Medium-sized Enterprise) firms to protect their record receivables against default and raise a verified credit line. This trade finance Fintech is poised to be immensely profitable for the bank, given the amount of inefficiency the sector currently has, a gap Fintechs can easily remedy. Another Fintech that won funding from Credit Suisse was Assetmax, which reportedly received 1 million Swiss francs (780,000 GBP). Assetmax is a Fintech that integrates regulatory compliance, invoicing and client protocols into one back office application for Asset Managers. These kinds of platform would greatly add value to the more than Credit Suisse’s 3,800 relationship managers.

Canopy is one of Credit Suisse’s investments in the Asian markets. With Canopy specifically, the benefits not just that the Fintech startup provide to a bank like Credit Suisse but also those that Credit Suisse bring are ever more clear and a significant reminder that whilst Fintechs are challenging banks, banks bring a vast amount of value to a Fintech they invest or partner with. Canopy’s typical benefits offered are anonymity and security, machine learning to extract information from PDFs and aggregation of data analytics. Whilst Credit Suisse brings in preferred pricing, third party statements and a multitude of other benefits. A customer utilizing Canopy can get a portfolio view on all advantages, from values in bonds to vintage vehicles and adornments, with every account together. A Credit Suisse relationship supervisor, when approved by the customer, approaches this amassed perspective on a customer’s speculations as they rise and fall.

The Credit Suisse Entrepreneur Capital, a fund with 200 million CHF (156 million GBP) also goes for a wide variety of future technology companies. Out of the roughly 50 companies the fund boats a stake in, one high-growth market targeted is aerial robotics, as seen in the investment in Perspective Robotics. “The goal is for the market to regard us as specialists in the following sectors based on our expertise; Robotics/Automation, Medtech and Fintech.”

Their strategy appears to be paying off in profit and awards, as third-quarter net profit 2019 more than doubled from a year earlier. Net profit for the period rose to 881 million Swiss francs (689 million GBP) from CHF424 million (331 million GBP) a year earlier, whilst revenue grew 9% to CHF5.33 billion. Last month the bank published that it had won “Best Private Bank for Entrepreneurs award from Professional Wealth Management (PWM) and The Banker.” Thomas Gottstein, head of the Swiss Universal Bank unit at Credit Suisse said that “the achievement of long-term success will not depend on having the biggest branch network in the future”, in reference to the hundreds of millions more that Credit Suisse seeks to pump into digital with the Credit Suisse Direct digitalization initiative. A bank not just cemented in financial lore, but leading the charge in the future digital era.

Views expressed in the article above are those of the author’s and do not necessarily represent DisruptionBanking or its partners.