How high-risk Disruptive Technology can wipe out pensions 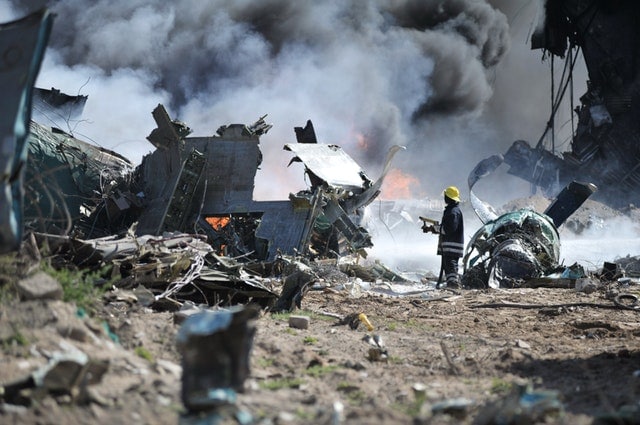 The victims of Brexit, various trade wars and a global economic slowdown have been many. Politicians have come in and been spat out again, more than a trillion GBP has left the UK, British Steel and Thomas Cook business issues have put hundreds of thousands of jobs at risk. Even Jamie Oliver has not survived unscathed, as his restaurant business went into administration. Then, there were Neil Woodford’s investors.

Neil Woodford, CBE, was appointed a ‘Commander of the Order of the British Empire’ (CBE) for services to the UK economy in 2013. He also received an honorary fellowship by the London Business School in June 2016. He regards himself as an active, long-term investor, holding shares for an average of about 15 years.

Woodford gained a reputation as Britain’s best fund manager during his 25 years at Invesco, where he avoided the worst effects of the 1990s dot-com bubble and the 2008 financial crisis. Whilst it is important to be able to survive adverse market conditions and still rake in returns for investors, it is important to remember to not make stupid decisions, rather than continuously attempting to make ingenious ones.

The commonwealth and LBS may have made their awards choices too soon, as the AUM (Assets Under Management) of Neil Woodford’s, CBE, investment fund has decreased from £10,151 million to £3,712 million. Shares in the fund reached an all-time high in the summer of 2017. The fund share price has slumped 39% since that peak.

Sadly, the investors in the fund were not just individual big-ticket ‘whales’ but also organizations and financial institutions such as Hargreaves Lansdown, a well-known British pension and ISA (Individual Savings Account) provider that listed Neil Woodford’s , CBE, flagship fund Equity Income on it’s Wealth 50 list all the way to the fund’s redemption suspension in June of this year (despite claiming to have raised concerns over poor performance as early as 2017). 291,000 regular everyday pensioners and individuals listened to Hargreaves to direct their hard-worked savings into Woodford’s, CBE, funds.

A third of his flagship fund was tied up in assets that could take up to six months to a year to unwind and those high-risk assets may have been what Neil Woodford was referencing in his YouTube apology when he said the fund was “going to be reducing the investments in illiquid and unquoted securities down to zero”. Many of those ‘illiquid securities’ were in disruptive industries and sectors such as MedTech and Fintech. Despite the video coming out in June, during the last five months the asset allocation had barely shifted, and whilst the fund suspended redemptions, Neil and his partner Craig Newman (the two of which had held a 65% and 35% management fee allocation stakes in the fund, respectively) continued to pick up their management fee. Although Neil Woodford claimed that this was used to pay wages and salaries whilst the fund shifted from illiquid to liquid assets, This Is Money made a rough calculation that in the year to March 2019, Neil had collected £13 million in fees, despite his flagship fund, the Equity Income Fund, imploding.

In March 2019, after two years of poor performance during which fund assets contracted by more than £5 billion, the Sunday Times carried out an investigation into the fund. It found the fund held less than 20% of assets in FTSE 100 companies compared to over 50% when it was created, and over 20% of assets were in small AIM Alternative Investment Market companies. Typically, an equity fund should have a significant amount in Blue Chip stocks, but Neil had gone overweight on the AIM exchange (one issue with the AIM exchange is that those that do the due diligence pre-IPO are those that also benefit from the IPO itself, these people are called ‘Nomads’) and left his investors over-exposed to risk.

I took a quick look at some of Woodford’s, CBE, investments (the “best stock picker in the United Kingdom for the past 25 years”), and they are certainly memorable.

Purplebricks was probably one of Woodford’s, CBE, worst investment choices considering basic fundamentals, with the share price having fallen 77% from the 21st of July 2017 at £4.98 to £1.11 today. Certainly an interesting idea for a company, Real Estate technology will be big business in the future but with a cooling British housing market owing to Brexit and other macro-economic headwinds, it was probably not the right time to hold on to that one.

Provident Financial, a ‘doorstep lender’, featured a worse drop that further put a significant dent in Woodford investor’s pockets, falling from £23 from the 12th of May 2017 to £4.44 today. This 81% fall off the cliff was bad news for the fund owing to Provident being the 5th largest holding in the portfolio. The departure of its chief executive, a FCA investigation into its repayment option plan product and a profit warning was a triple whammy enough to sink Provident’s price. Blackrock, one of the firms chosen to un-wind the fund has sold £50 million of the holding last week, cutting the fund’s stake in the business from 13.4% of the shares to 9%.

Burford Capital, a financial litigation organization, had Muddy Waters (one of the most infamous short sellers that rose to prominence by doing due diligence on Chinese firms’ bad bookkeeping practices during the Chinese stock market bubble) attack them in one of their 25 page reports, accusing them of dodgy accounting. The report was released on the 7th of August 2019. Burford Capital is also being sued by the founding executive for £120 million in fees owed. Burford Capital has seen their share price collapse from £19.78 to £8.39 today, a 58% drop from the peak on 24th August 2018.

On Tuesday 15th of October, Neil Woodford, the (ex) ‘Oracle of Oxford’ was sacked from the Equity Income Fund and promptly resigned from managing his two other remaining funds. Over the past four years he himself has collected £63m, whilst investors in his Equity Income Fund have lost 39% of their investments over the past three years.

Although he was a ‘star stock picker’ and his decades of performance is something to consider, he should have known better than to put together (and then hold onto) a high-risk portfolio, in the high-risk current economic climate, on behalf of innumerous pensioners.

Article is the opinion of the author and does not necessarily represent DisruptionBanking’s stance.