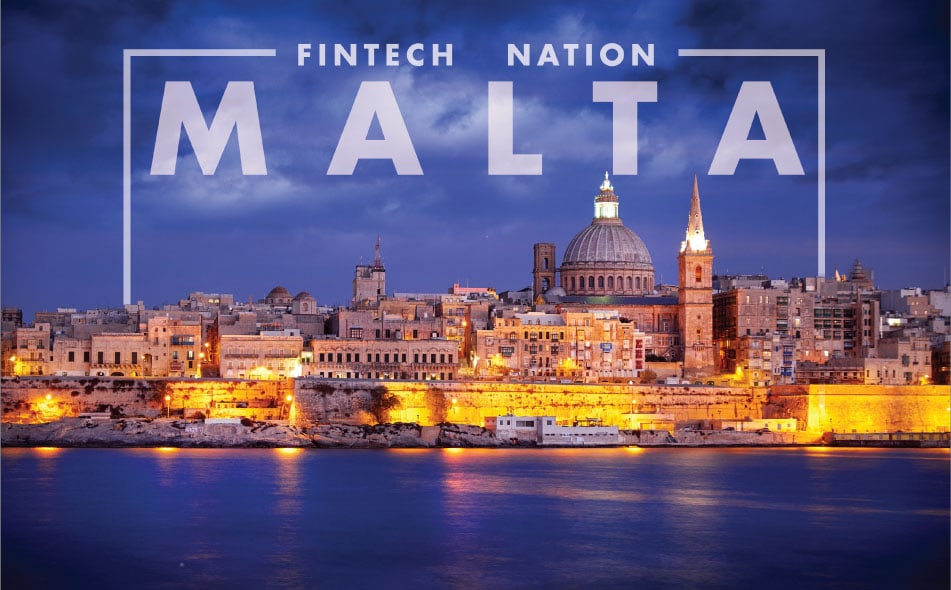 Malta as a Fintech Nation

More than just an island for sun-seeking holidaymakers, Malta is building on its reputation as a hub for e-gaming and setting out its stall as a prime location for fintech innovation.

You would be forgiven if your first thoughts about the island of Malta are of sun, sand and sea, but beyond the sandy beaches and year-round balmy weather lies a strong tech pool and a state-of-the art infrastructure. Much of this was  Achieved through government initiatives that promoted entrepreneurial flexibility and a willingness to accommodate new sectors looking to develop, in an effort to generate financial stability through income diversification. Such policies made Malta a favourite with growth-minded companies and emerging tech industries, such as online gaming and gambling.

Malta’s bet on the e-gaming industry during the late 1990s proved to be a profitable one. By giving yet-to-beregulated operators the chance to enter the online market, the island attracted a first wave of foreign investment and, when its Remote Gaming Regulations were finally instated in 2004, Malta became the European Union’s first and only licensed state for e-gaming. In spite of its modest size – the island is just over 316 sq km in area, with fewer than one million habitants – Malta became a hub for tech-centric firms in gaming and gambling.

From betting services such as Unibet to fantasy sport entities, including Pinnacle Sports, firms from around the globe migrated to the sole gaming jurisdiction in the world’s largest single market. Notable firms among the first settlers included PaddyPower Betfair – a merger between two of the best-performing gambling companies, with a combined market capitalisation in excess of £5 billion – and DraftKings, the American fantasy sports giant that was valued at $2 billion within three years of its formation.[/vc_column_text][vc_column_text]Many of Malta’s new businesses grew from small startups to million-dollar enterprises, and began to not only create prototypes, but also acquire the most promising competitors in their niche. This freed up a talent pool of freshly minted tech entrepreneurs to think up of new ways of disrupting the market. Cutting-edge firms such as LeoVegas, Casumo and fantasy football platform Oulala were subsequently created and launched from Malta, further strengthening the cycle of talent attraction, tech discovery and revenue generation.

By 2017, Malta was housing nearly 300 licenced tech companies. Among the most successful were game developers such as Gaming or Play’n’Go, as well as hybrid firms that combined gaming with newly developed technology.

Today, the nation’s e-gaming industry is valued at $1.4 billion and contributes around 10% of Malta’s GDP. The result is prosperous and tech-forward cities with tens of thousands of skilled staff – perfect ingredients for future tech industries, and an answer to the question why the small island was one of the first to openly rally for the development of digital currencies, cryptos and blockchain.

As other countries to embrace these disruptive technologies, Malta welcomed them with thought-leadership conferences and relocation packages. Within six months, a first conference on blockchain and crypto were setup. Within ten, three more. In 2016, Malta’s Minister of Economic and Financial Affairs announced plans to “transform Malta into an economic superpower in the emerging crypto-economy” by doing the groundwork necessary to create a regulatory framework strong enough to support what would be exciting, yet difficult, growth periods. The positive news brought some of the biggest and largest in the industry to Maltese shores. Binance, the world’s largest cryptocurrency exchange, has arguably made the biggest headlines. The firm announced in March that it would support Malta’s goal to become ‘Blockchain Island’ by opening new offices, starting a mentorship programme and creating hundreds of job opportunities.

ZB.com, the world’s fifth-largest cryptocurrency exchange, which averages $400 million in crypto transactions a day, has also made public its intention to relocate. From offices in St Julian’s – Malta’s second business hub after its capital, Valetta – the firm will create 150 jobs and invest $20 million during the first three years of operation.

“Malta is perhaps the world’s most progressive and forward-thinking nation in DLT, crypto and fintech, and we are very excited to be part of the Blockchain Island,” remarked ZB.com co-founder Jimmy Zhao.[/vc_column_text][vc_column_text]Crypto exchanges are being joined by players in blockchain, virtual reality and artificial intelligence, including equity fundraising platform Neufund, bitcoin payment processor BitPay and blockchainbased global mobile-phone network YOVO.

The state of Malta is helping to create a healthy environment for startups by investing into collaborative shared office spaces to encourage quick  development, creativity and community-led innovation.

Malta also has several dedicated fintech hubs, including a business incubator at the University of Malta, an innovation-focused hub at the Malta Information Technology Agency, a fintech sandbox at the Maltese Stock Exchange, and Malta Digital Hub at Malta Life Sciences Park.[/vc_column_text][vc_column_text]Plans have been made for an additional hub – a state-of-the-art technology park for several hundred firms that is expected to open in 2021. The island also offers incentives such as discounts on office space and tax-benefit packages for both firms and high-level fintech professionals.

The island’s fintech credentials will be further enhanced when it hosts the inaugural Malta Blockchain Summit, which takes place on 1 and 2 November 2018 in St Julian’s. The event incorporates four conferences and is expected to attract as many as 4,000 delegates, with proceedings being officially opened with a speech by Prime Minister Jospeh Muscat. The Summit will also feature a hackathon, as well as an ICO pitch comprising hundreds of investors.

This event will be preceded by the Blockchain & Bitcoin Conference Malta, also being held in St Julian’s, on 23 October, which brings together nearly 40 experts from 10 countries for a one-of-a-kind networking opportunity.