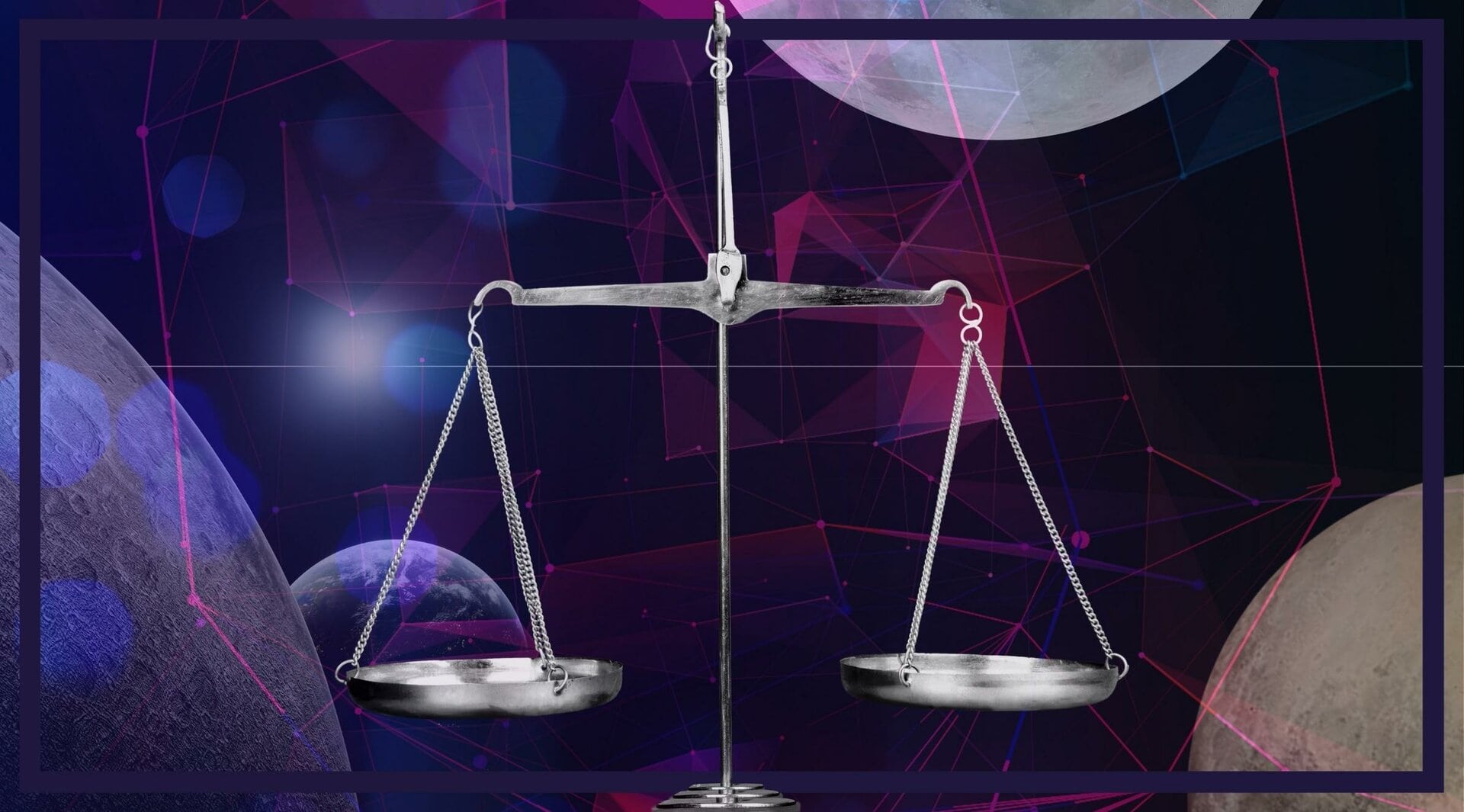 For many of the world’s most prestigious venture capital firms, technology companies, and investment banks, there’s a new financial frontier: space. With businesses like Elon Musk’s SpaceX driving the increasing commercialisation of space, many firms are now seriously considering the emerging space economy. As we looked at in our feature with SpaceChain, Citi now predicts will be worth $1 trillion by 2040. Sequoia Capital, who have invested over $600 million into SpaceX, are just one of the many financial institutions that have sensed an opportunity.

As the world’s largest corporations pile in, to stake a claim to a potentially enormous industry that’s still in its nascent stages, many are considering how space territory should be governed going forward. The Tony Blair Institute for Global Change is one thinktank that’s been mulling this over, recently publishing a discussion paper on how blockchain solutions could “respond to future space-governance challenges.” We spoke about these challenges with Benedict Macon-Cooney, Deputy Executive Director for Technology and Public Policy at the Tony Blair Institute.

Benedict began by emphasising the considerable benefits which this new age of space exploration is having. Perhaps most importantly, increased competition between commercial groups is driving down costs and opening up the space industry to a wider range of players. “Just to give an example of this,” Benedict said, “I went to Planet, a satellite company that works in lower-earth orbit imagery, and one of their pieces of hardware used to cost about $100,000 and they had to procure it from NASA. Now they make it themselves and it costs them about $80 to manufacture.”

The practical impact of this is that large-scale space manufacturing, and higher-quality technology solutions, are becoming more feasible. Last week, Elon Musk announced that, from next year, Starlink will be using satellites that transmit directly to mobile phones, eliminating “dead zone” areas and making mobile coverage available worldwide. Other companies are exploring the possibility of procuring energy in space. After all, in Benedict’s words, “space is a completely abundant area […] you’re not constrained by the natural resource constraints you have on earth.”

Especially given the size of the opportunity, and the potential economic benefits that are available, space governance is going to be a very important question in the future. After all, the world is becoming more polarised. Everywhere, whether that’s because of the conflict in Ukraine or the new Cold War between the US and China, geopolitical tensions seem to be rising. Couldn’t we just end up seeing there the same kind of political and commercial battles we’re used to on Earth? How do we stop those from happening, or at least resolve them if and when they arise?

Benedict notes that, as with most kinds of “territory,” particularly those that are economically valuable, there is likely to be disputes. “The dominant superpowers are quite often looking to maintain dominance,” he said. “There will always be significant risk.” The question is whether the benefits outweigh those risks? Because of the commercial potential of the space economy, and how space exploration could improve people’s lives for the better, he believes they do. “I think, ultimately, the benefits should outweigh the risks – and we just need to focus on how we mitigate those risks.” And that’s where space governance comes into play.

As we looked at in our recent feature on the Tongasat episode, many are concerned that there is “legal anarchy” in space, with enforcement of the regulations that do exist being very difficult. Interestingly, Benedict, and his colleagues at the Tony Blair Institute, have suggested that blockchain technology could play a role. By nature, space governance exists outside the jurisdiction of national or international organisations. The blockchain is perceived by its advocates as empowering individuals to make transactions, or take decisions, in a decentralised way, separate from traditional economic or legal structures. Both space and the blockchain exist outside the jurisdiction of the legal frameworks we currently have. Could they therefore be a perfect match?

While some people have argued that we should write “a constitution for space,” Benedict believes there would be little point: advances in technology and space exploration would almost certainly mean that “the contours of the constitution will change pretty quickly.” Blockchain technology could, however, be developed and programmed in such a way as to keep speed with the innovation. “We’ve begun to look at smart regulation, using smart contracts,” Benedict said. “You can begin to design consensus protocols around this technology, which actually then adapts as the technology adapts.”

There are also some nearer-term use-cases that the blockchain could help with – such as when it comes to space debris. Benedict suggested that distributed ledger technology (DLT) could be used to track space assets, offering a “trusted base system” that could help create “communal responsibility for the management of resources within space.” Having a transparent, public, and permanent record of who owns certain assets, and where those assets end up, would bring legal responsibility to space. Nobody could simply dump their waste in space and then deny any knowledge of the matter.

Another area which the Tony Blair Institute has also been exploring is the tokenisation of space assets. “For an industry with a constant need for funding,” their space governance paper argued, “blockchain can be leveraged for raising capital through crowdfunding from token sales, an approach that highlights the fact that space belongs to everyone.” While this makes a lot of sense in many ways, would such tokenisation simply make the space economy another market for hype and speculation, detracting from more real-world applications?

While there’s a risk that space simply becomes another area for speculation, there’s plenty of ongoing blockchain projects that suggest concrete products and innovation is possible. Benedict pointed out that DAOs could offer “new mechanisms for space investment” and provide the opportunity for “communal investments in, for example, space factories.” Getting the regulatory framework for space in place now, though, in a way that encourages practical use-cases and encourages useful innovation, is important if we are “to ensure that some of the downside potential is minimised.”

Establishing a rigorous legal framework for space is also important because we don’t yet know what the full impact of the space economy might be – an impact that could be felt here on Earth. While the space economy is often envisaged as being separate from traditional economic structures, the potential size of it, alongside the exposure many global financial institutions will have, could mean developments in the space economy could have major implications on traditional markets.

“A lot of the early ethos around crypto was that it was a separate monetary system,” Benedict said. “As it scaled, the idea that it didn’t have systemic implications for the traditional monetary system ended up being a bit naïve. Particularly when you had $3 trillion in assets, as you did earlier this year. It’s such a large asset base that it’s going to have at least some interaction with the traditional monetary system, and there’ll be potential ramifications around that.”

It’s clear that, moving forward, governments around the world are going to have to pay attention to this emerging financial frontier – and work out how to regulate and govern it. Benedict doesn’t think this is likely to happen any time soon, mainly because many governments simply lack the required technological capabilities and understanding, ultimately settling for years of consultations and research papers. That said, there is undeniably huge interest from private companies to explore the use of blockchain in space. DisruptionBanking has spoken to two leading companies, Copernic and SpaceChain, who are working on blockchain projects in space because they believe the technology to be naturally applicable there.

The trends suggest that the size of the space economy could grow exponentially in the coming years. Even if there is a lack of urgency from governments now, the governance of the space economy will be a crucial question in the years ahead. How a multi-trillion dollar industry operates, and how it is overseen, will have important implications for consumers and industries both on Earth and outside.

DisruptionBanking is proud to be the media partner for an event taking place in Canary Wharf, London, on Tuesday 6th September. CopernicSpace, SpaceChain, and Cudos will be discussing “taking Web3 to outer space.” Sign up for your free ticket here.