Talking about the Second Wave of Challenger Banks with Sync.Money 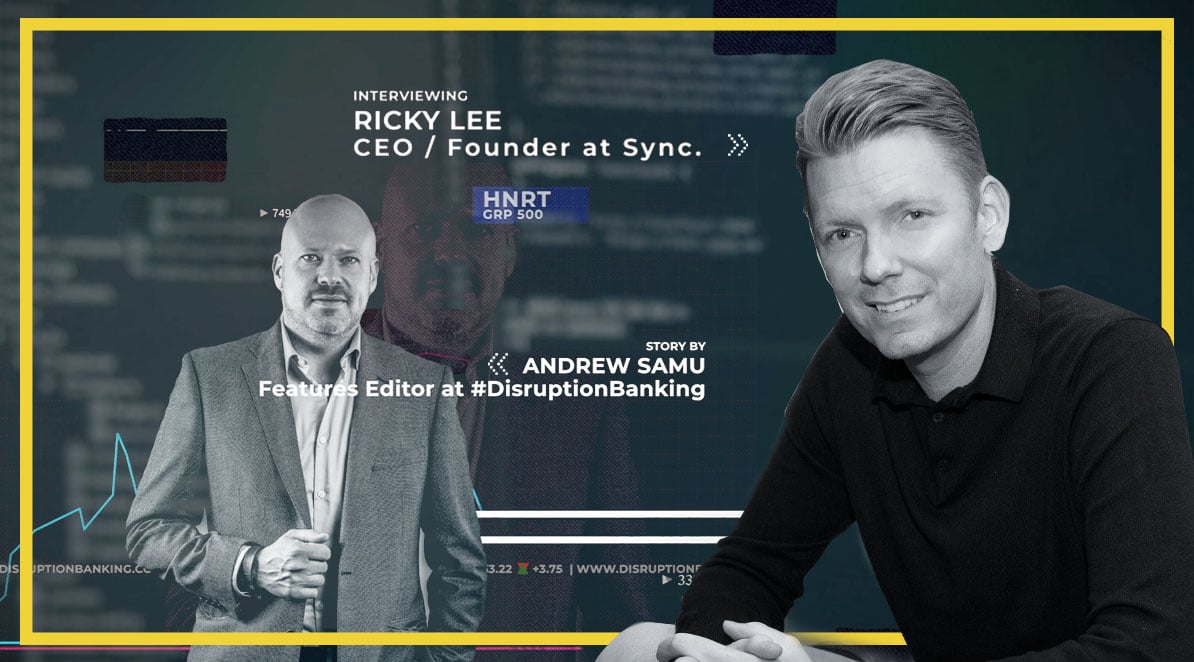 It’s not been an easy 2020 for a lot of Fintechs so far, much of the year has been dominated by contactless payments and the new reality post-Covid.

Speaking to Ricky Lee, a true European with both British and Spanish roots, its’ a great story to hear how he is driving success for what he calls the Second wave of Challenger Banks, one of which is Sync.Money which Ricky has been developing over the last few years.

“If you have a good product, users will come” Ricky shared with #DisruptionBanking. It’s been around a year since they first started onboarding customers and what a great story to hear about their latest funding round:

London, 4th August 2020 – sync., the all-in-one financial service utilising open banking, has announced it has closed a £5.5m seed and pre-seed funding round and is launching the app to early access users across Europe today.

sync. is an exciting new smart financial service that combines a host of useful features into one beautifully-designed app. The all-in-one hub allows customers to open a sync. account in minutes, utilise open banking and hold and transfer different currencies at great rates.

The London-based FinTech announced it raised a total of £5.5m through pre-seed and seed investment earlier in 2020.

Members of the public can also download the app from the iPhone and Android app store and test the BETA version of the app.

sync. is more than the latest must-have FinTech card. The app utilises open banking tools to show users all their existing bank accounts alongside the sync. debit card in one simple, user-friendly home screen.

Users can instantly transfer and hold money in different currencies using great exchange rates and spend their funds with physical cards around the world with no fees, and use online cards in the app for virtual purchases.

Security features such as a hidden, changeable CVC number and online cards give customers an added level of security. Users are encouraged to generate a new CVC number via the app after every transaction. In the event of a data hack, this helps to keep their card details secure from fraudsters.

The sync. team, based in London, UK and Malaga, Spain, is already planning to add many new features to the app in the coming months. Plans include adding 30+ currencies, advanced budgeting options, supervised accounts, a premium offering and much more.

sync. is an innovative money app, launching in the UK and Europe in August 2020. It provides a simple and secure way to manage your finances by giving you complete control of your financial life in one app, in one place, as one experience.

The app allows you to open a GBP and EUR current account; link all of your financial accounts – such as bank accounts, credit cards, loans and mortgages, and transfer money worldwide at competitive rates. Order a sync. card which can be used in millions of locations around the world, and use online cards for virtual purchases.

Find out more at www.sync.money or download the app for iPhone and Android.