Sequoia’s Saplings, Robinhood and the rise of the Crypto Hedge Fund

In October 2019 the legend that is Don Valentine passed away in California. His first steps into Venture Capital were back in 1974 when he started working with Atari and Apple, one of which will be very familiar with all of our readers, the other which is more familiar with those of our readers who are in the 40+ category.

This is how the notorious Sequoia Capital of San Francisco started its’ dominance in one of the most sought after sectors of Capital Markets – Technology. And, although many companies have had relationships with this giant amongst StartUps and Tech firms, the one of which Don Valentine was most proud was Cisco Systems where he served as Chairman for many years.

Today Sequoia Capital’s team continue to work with some of the top StartUps including well-known Fintech leaders like PayPal and Stripe. Some of the others listed in their Fintech portfolio are a little less known, except for maybe Square, whose Jack Dorsey shared his thoughts on Sequoia’s blog back in October 2019:

“I’d like to see an internet-native currency that actually works globally. Bitcoin has already been invented, but it’s less an invention and more of a constant iteration to get the adoption we need. Currency and communication are the foundation of everything we do.”  Jack Dorsey is the CEO of Twitter as well as Square.

When Forbes’ headline in June 2020 reads: Square: Why Its Stock Is Soaring And How It’s Threatening Banks; then you know that you are on to a sound business model. And, another disruptor in the banking space by the sounds of it. Could it be true, that Square is a bigger threat to banks than the Big Tech firms like Amazon and Google?

The next company on Sequoia’s list is BlackRock’s FutureAdvisor. Yes, that’s BlackRock whose Aladdin platform we covered a few weeks ago. The service offers personal and institutional investment plans, much like Vanguard, and after a few investment questions on their website you can deposit an investment amount and start enjoying your “personalized digital” portfolio, even if its’ just $1,000 or perhaps even lower (we didn’t check any lower on their site, but no reason you can’t).

The list continues, and further down the list a few more firms stand-out. Notably Metastable, Polychain and to a lesser extent the now seemingly defunct Veil.

Metastable, founded by Joshua Seims, manages crypto asset hedge funds and is also supported by Andreessen Horowitz, with this being a bold move into Coins, not Companies for both these VCs. Polychain, led by Olaf Carlson-Wee, are also backed by both Andreessen Horowitz and Sequoia, and is also a cryptocurrency investment firm:

Veil, in the meantime were involved in the Blockchain space and seemed to be some kind of betting marketplace. Strangely, their platform didn’t quite work out and Paul Fletcher-Hill left a few comments to their fans that are a big lesson for Veil, but probably just as big a lesson for banks and fintechs:

“We didn’t offer a good onboarding experience. Crypto as a user base is still early, and we didn’t make it easy enough for users without crypto or a wallet to get started.”

Last year Jeremy Gardner founder of Augur, that Veil once worked closely with, suggested that with the emergence of Libra, the dominant Blockchain platforms are starting to emerge of which he predicts there may eventually be up to 6. Where Ethereum is for Apps, Bitcoin is for Money, Libra is now trying to stake its’ claim as the next global currency where many Altcoins have tried and failed (yes Binance and XRP are perhaps exceptions, but they still haven’t hit the notoriety of the aforementioned 3 cryptos).

Perhaps the growth in public awareness towards Crypto following Libra’s announcement to the world has truly pioneered a higher acceptance level amongst the elite of San Francisco and Wall Street. It certainly seems like Sequoia and Andreessen Horowitz have had their appetites wetted by the glittery world of digital currencies.

One firm whom Sequoia are supporting definitely don’t have a problem with their customer onboarding experience. In fact, they have grown from 1 million customers in 2016 to 10 million at the beginning of 2020.

“Robinhood’s mission is to democratize finance for all. We believe that everyone should have access to the financial markets, so we’ve built Robinhood from the ground up to make investing friendly, approachable, and understandable for newcomers and experts alike.”

“First it was the rise of the developer; now it’s the rise of the designer. That’s true regardless of sector, stage or business model. Robinhood and Figma have completely different products, but they’re both succeeding in part because of the quality of their product design.”

By May 2020 the reported value of Robinhood was $8.3 billion with 3 million new accounts opened in 2020 so far. The high valuation doesn’t necessarily mean they are profitable, CEO Vlad Tenev could only go so far as to predict “solid growth” in the coming year without commenting on profitability. He did, however, announce that Robinhood was coming to the UK soon with 150,000 customers already signed up.

Just a few weeks ago their valuation jumped again to $8.6 billion, a somewhat ‘Teslaesque’ return on investment in this new financial reality we are all becoming so used to.

It’s not all plain sailing, even with the growth predictions that Robinhood are on track to achieve so far this year, there are other challenges out there. All PR is good PR many people say, so when in June the media in the States erupted with stories of Robinhood’s impact on capital markets, there was definitely going to be some PR involved.

Jeffrey Gundlach, CEO of DoubleLine, told Yahoo Finance in June: “As it happens, the rise in new accounts coincides with the government stimulus checks sent out as part of the CARES Act. These online brokerages and apps are making it available to the so-called ‘little guy,’ and it sure seems like they’re taking advantage of it.”

Barclays had only the day before released a research note saying that “Robinhood is not behind the rally”. Here at #DisruptionBanking we have covered stories about StartUps like Change Finance where Alice Tark, their COO, shared in June 2019 how digital banking will look. With options to acquire stocks in Amazon or Netflix or even Tesla linked to your account on your phone, as well as the now popular currency and gold trading. Many more people are being exposed to capital markets, and not just in the US.

A few days ago the sad news emerged that Alex Kearns, 20, had taken his own life linked to a message he received on his Robinhood App. In a note to his family seen by CNBC, Alex accused Robinhood of allowing him to pile on too much risk. He claimed the puts he bought, and the shares sold “should have cancelled out” but in hindsight, he said he had “no clue” what he was doing.

“How was a 20 year old with no income able to get assigned almost a million dollars worth of leverage?” the note reads. “There was no intention to be assigned this much and take this much risk, and I only thought that I was risking the money that I actually owned.”

Robinhood is regulated by FINRA, and it does check when opening new accounts for users the level of experience of the individual.

Alex’s cousin by marriage Bill Brewster said: “I’d like them to fix the way that they’re showing exposure – I want them to act like a financial platform should act. When you’re dealing with retail money and actively soliciting traders under 30 years old to have errors like this is inexcusable and at the minimum negligence.”

With retail customers showing an increased desire to learn new methods of investment it’s not surprising to see so many companies listed in Sequoia’s portfolio from the Crypto sector. Digital wallets have been instrumental in introducing better in-app user experience, and today the Crypto market has some of the most advanced user experiences, not just firms like Robinhood.

Most of Sequoia’s team are young and talented, in 2018 one of their brightest talents, Matt Huang, left to start a Crypto Fund himself. Matt continues his involvement with the Crypto market whilst leading Paradigm, a crypto-focused investment firm based in San Francisco:

One of the first people involved with crypto funds was the founder of TechCrunch, Michael Arrington. Today, his firm Arrington XRP Capital, based out of Seattle boasts Telegram and XRP as part of its’ portfolio. But others like Matt Huang, Joshua Seims and Olaf Carlson-Wee are just some of the others getting involved in growing numbers of crypto funds springing up across the USA.

Will Wall Street finally find Silicon Valley or will Robin Hood get the Bishop’s Treasure?

The Sequoia trees of Yosemite Park will still be there when Bitcoin and Ethereum will be taught at school to our grandchildren. How many of the Banks we see today will they be familiar with? 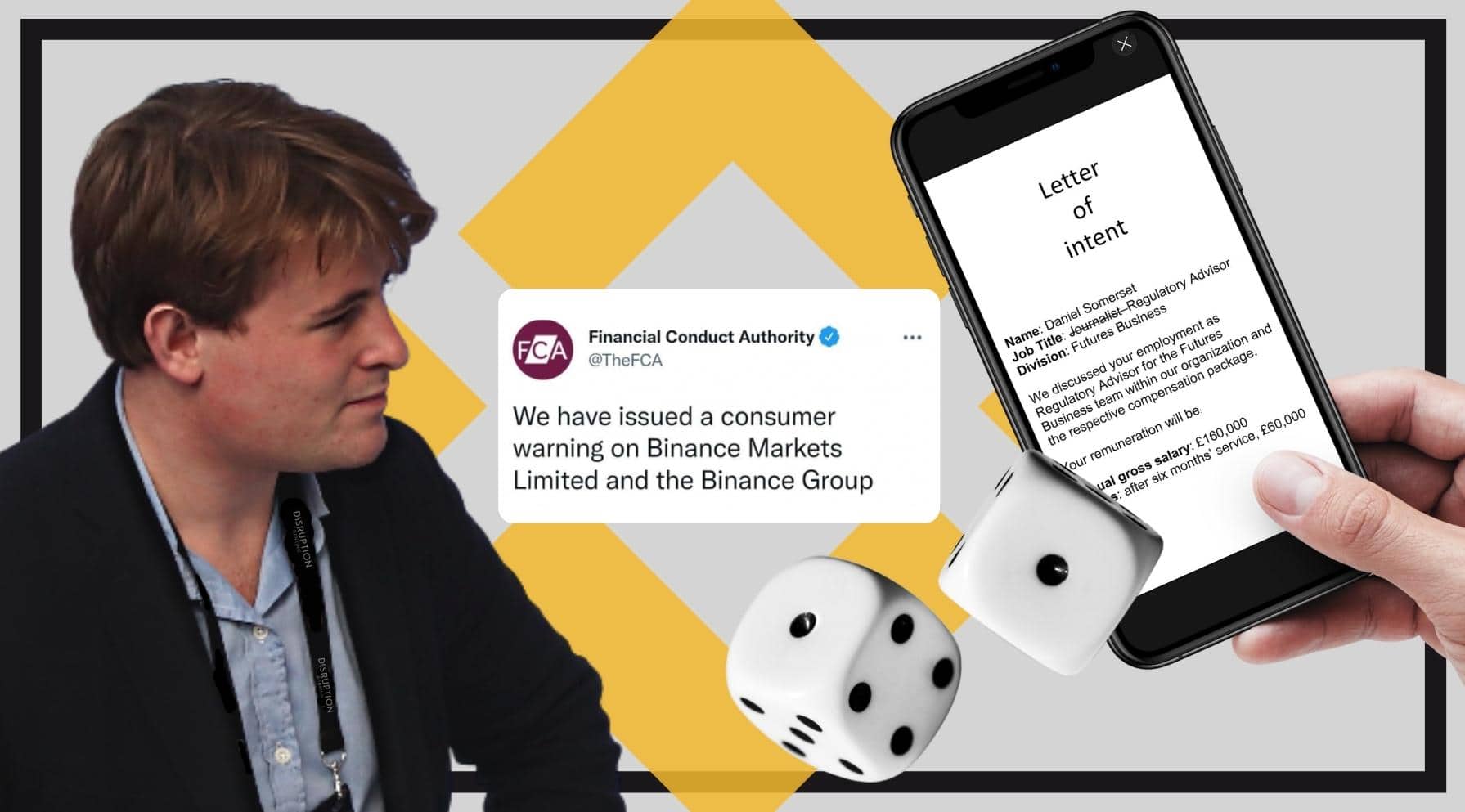 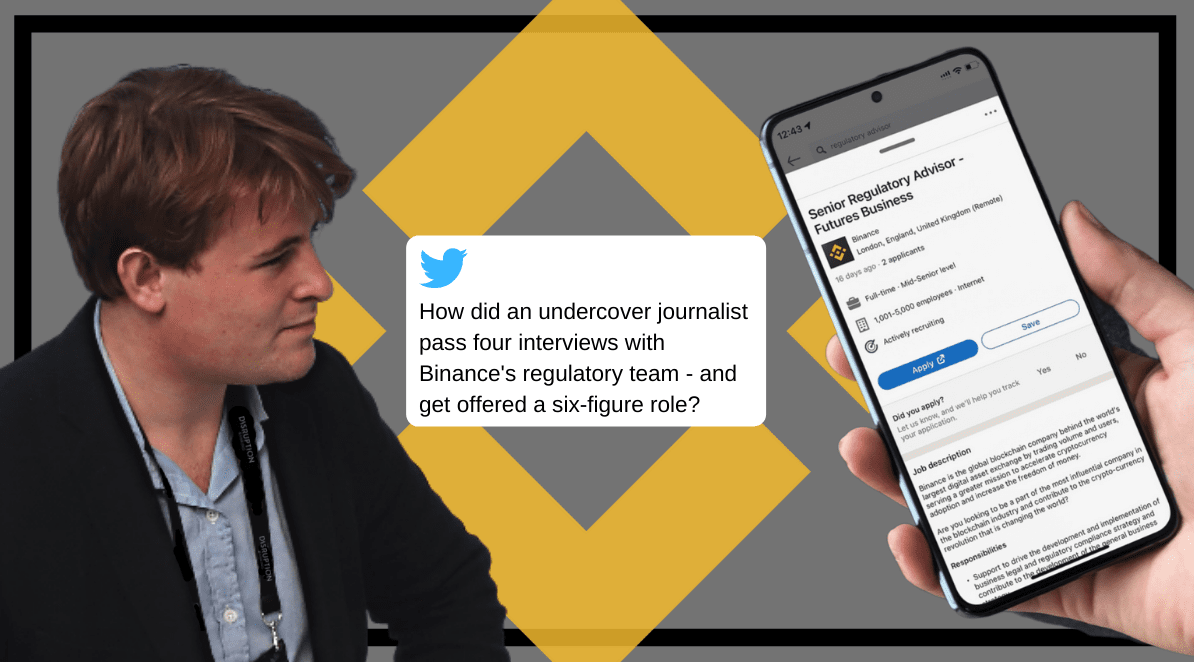 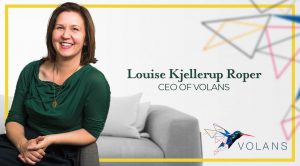 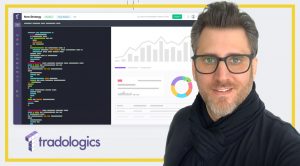 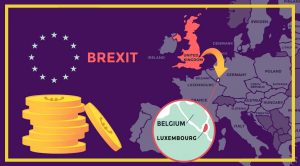 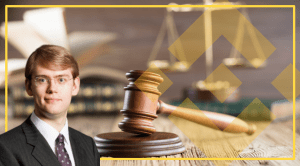 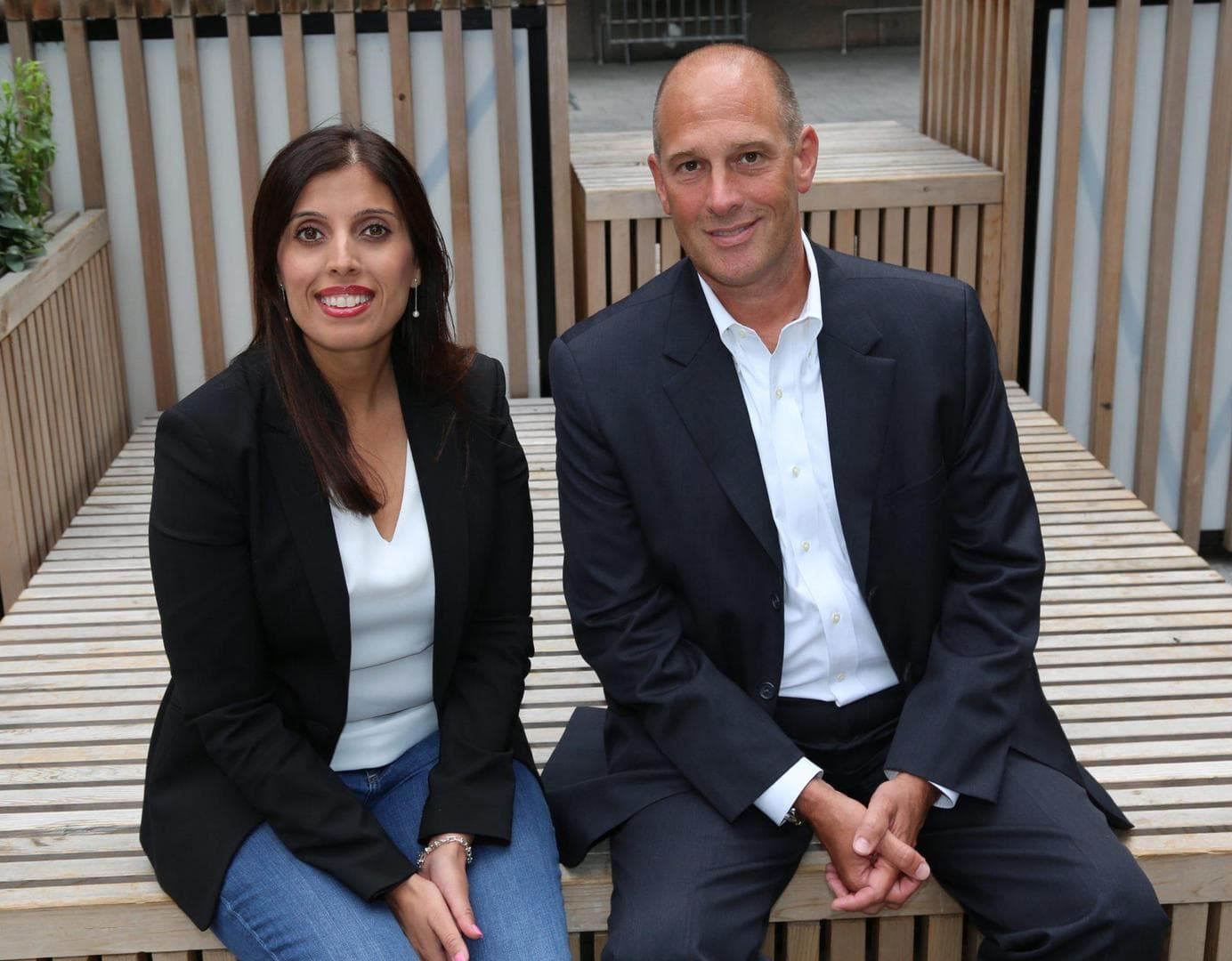 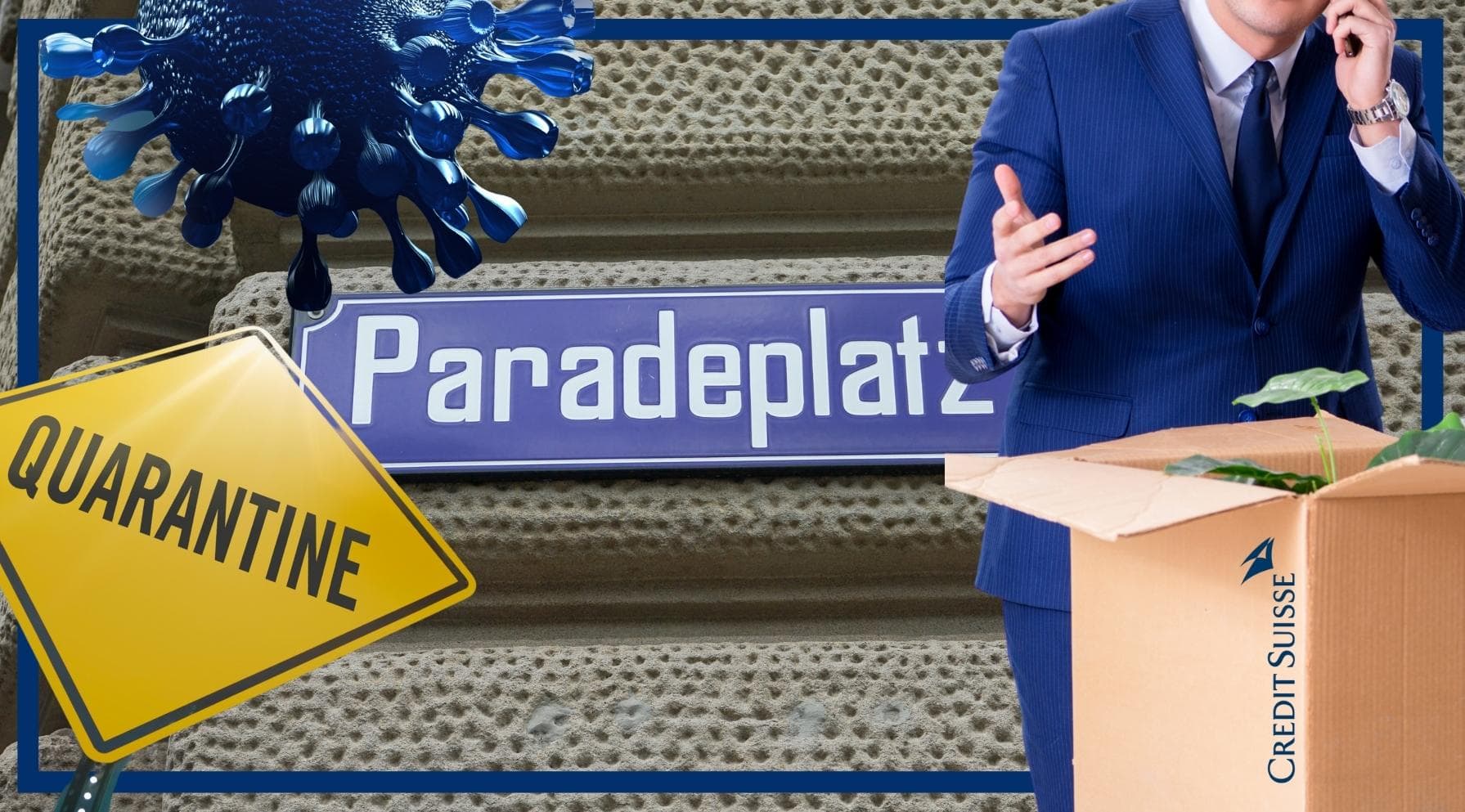 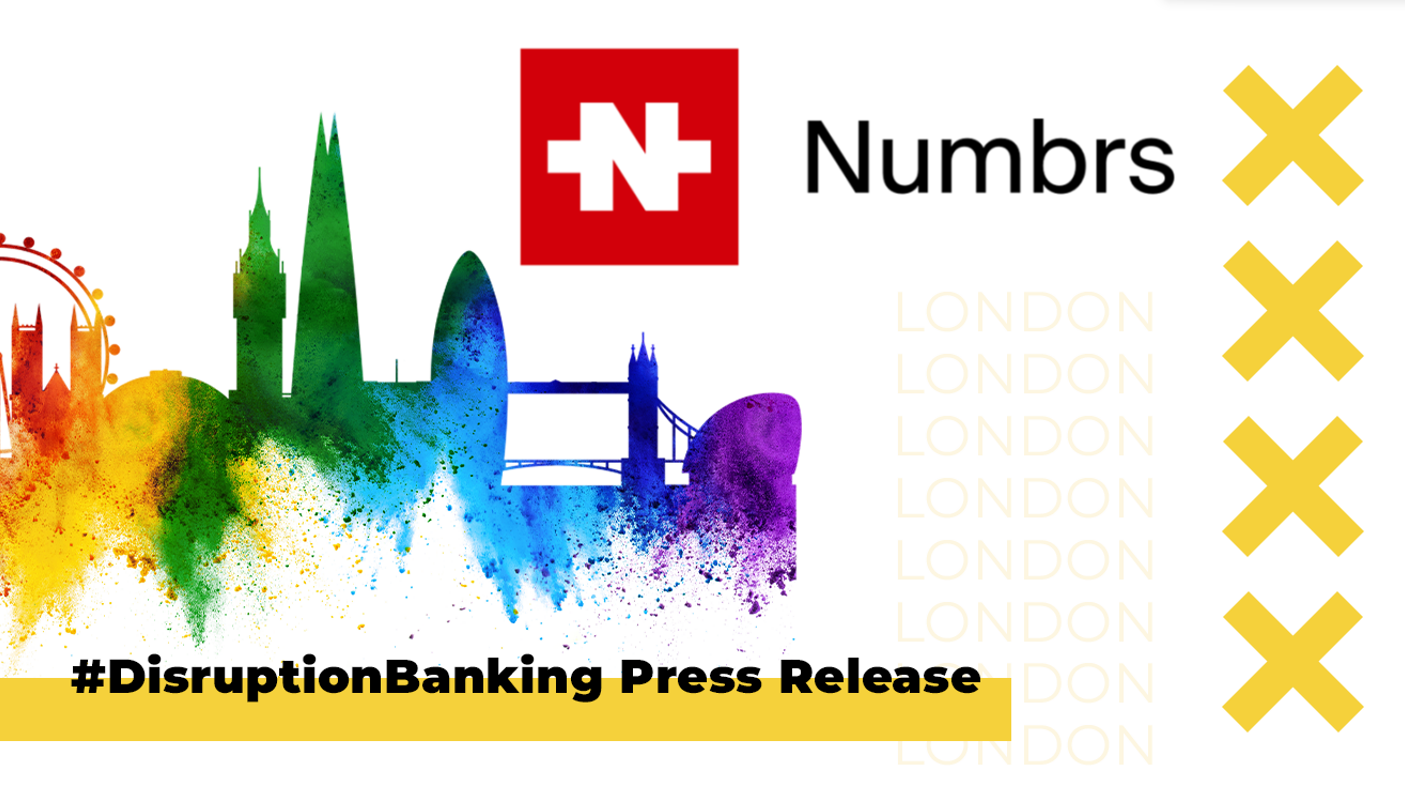