Nice to see EU? Fintechs reach out in Brussels 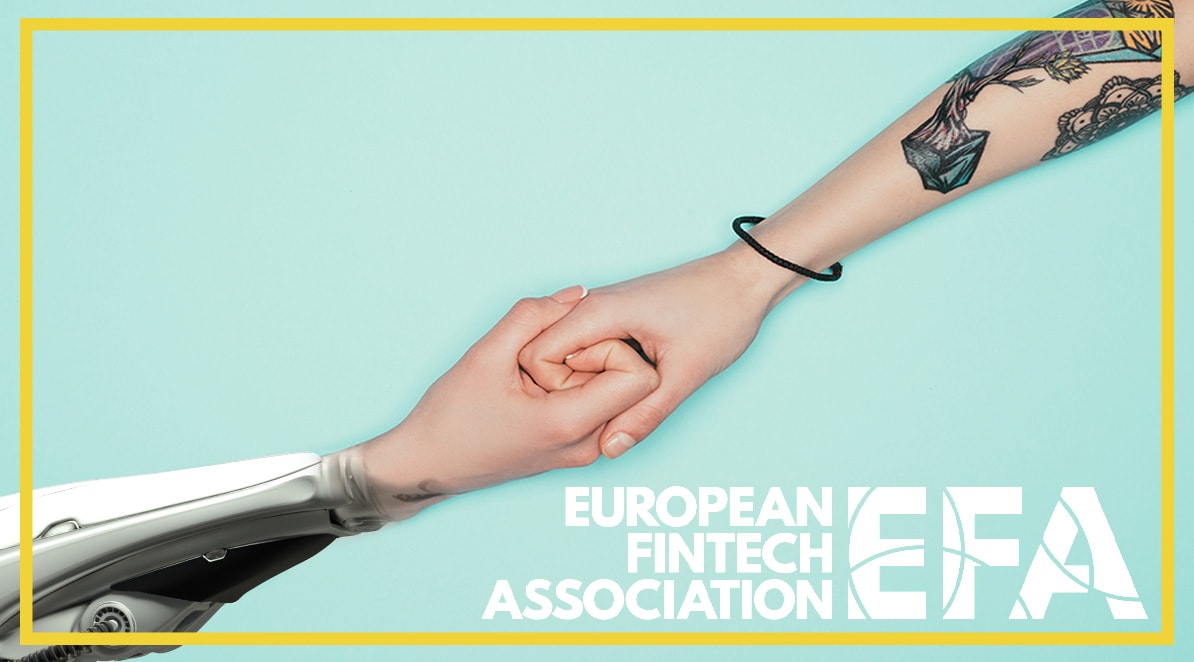 The establishment of a national trade association is a rite of passage for a growing industry – typically happening when a nascent sector is progressing (metaphorically) from kindergarten to primary school. A European association usually follows shortly afterwards – to continue the metaphor, about the same time as the curriculum dictates that pupils should have a stab at learning foreign languages.

The launch of the European Fintech Association (EFA) – announced last month – is therefore a notable milestone on fintech’s growth journey: the young pups have got themselves organised, hit it off with a number of likeminded pen-pals from across the continent, pooled their pocket money and set up camp in the Brussels policymaking playground.

#DisruptionBanking’s kindergarten-to-primary-school metaphor slightly breaks down at this point, though, as – actually – the EFA is not European fintechs’ first attempt at coalescing around EU policy priorities. The association is an amalgamation of two previous groupings, FinTechs4Europe and the European FinTech Alliance (which both surfaced about four years ago). Fintech Does Europe: Take Two?

There’s already been a bit of – erm – disruption at the back of the school-bus. Now-defunct German company Wirecard was a member but has, shall we say, left the playground.

The EFA’s six-strong board is led by president Marc Roberts, a lawyer by background whose Berlin-based day-job is general counsel at Raisin. Other board members include, as secretary, TransferWise’s London-based global head of government relations Flora Coleman, a well-known figure in UK Conservative Party circles; as well as execs from N26, Funding Circle, Finleap and Moneyfarm.

The association has four people giving 25 percent of their working time – so, the equivalent of one full-timer – according to the EFA’s entry on the European Commission’s Transparency Register.

This is – inevitably – light, compared to established European industry associations, which typically have a Brussels secretariat of upwards of 10 people (often a lot more).

That said, the EFA does have support from heavyweight PR agency FTI Consulting (brought on board after discussions with six PR firms in total). FTI lists Payments Europe, the Managed Funds Association, Deutsche Börse, Bank of New York Mellon and Mastercard as other financial services clients in its own Commission register entry.

Fintechs’ Brussels presence to date has been “very much split up”, says Roberts. Speaking to #DisruptionBanking from Berlin, he explains: “We got feedback from regulators and the European Commission, and also at a national level, for us to bundle our voices.”

Some fintech-related forums in Brussels have taken place with barely a fintech in the room, he laments. Instead participants were typically drawn from established multinational companies (such as big banks and insurance firms) that are better resourced and long plugged-in to the Brussels scene.

But times are changing and fintechs are growing in prominence. An increasing number have, in Roberts’ words, “outgrown their home market” and “regulation gets more and more important”.

He concedes that not all EFA members agree on all topics – “that’s natural” – but believes the association’s breadth is a “big benefit”.

Reflecting both its membership and the cross-cutting nature of fintech, the EFA’s lobbying agenda is relatively expansive. “One of the top things [we want] is quite ‘soft’,” says Roberts. “Much legislation is still drafted in a way that doesn’t work for digital products – all legislation has to be thought through from a digital perspective.”

The EFA’s lobbying declaration on the Commission register cites the following topics as the main policy areas in its sights: ‘removing cross-border barriers and digital-only barriers; levelling the playing field and increasing competition; putting consumers at the heart of digital finance; supporting talent and growth of fintechs in Europe’.

Specific issues the association is looking to address include fragmented anti-money laundering (AML) rules and International Bank Account Number (IBAN) discrimination. “Many rules are ‘gold-plated’ at a national level – there’s a lot of cleaning up to do – for example, with IBAN. If you’re paying an electricity bill in France it cannot be done with a Netherlands bank account,” says Roberts.

The Commission’s first ‘fintech action plan’ was unveiled in 2018.

In recent weeks the EFA has responded to the Commission’s simultaneous consultations on a new digital finance strategy for Europe (effectively, in part, a re-assessment of the 2018 plan) and retail payments; a European Banking Authority (EBA) consultation on revised money laundering and terrorist financing risk factors guidelines; released a position paper on AML and know-your-customer (KYC) procedures; and responded to the ‘digitalisation and new technologies’ section of the MiFID II/MiFIR review consultation.

The EFA plants its flag in Brussels on policy territory already partly inhabited by powerful lobby groups such as the European Banking Federation (EBF) and Digital Europe. The former’s chief policy officer, Sebastien de Brouwer, says fintechs are “an obvious growth partner” for banks in Europe “as well as a valuable industry stakeholder for the EBF and our member network”.

The EBF itself held a workshop last October in Brussels for fintech associations from more than 10 EU member states and has released numerous publications of direct relevance.

De Brouwer talks much of the same language as the EFA. “Due to the many common ambitions for a secure digital single market as well as functional cross-border markets, co-operation with European fintech entrepreneurs has become essential to the progress of financial regulation,” he tells #DisruptionBanking. “The wide range of fintech companies that Europe has seen scaling and growing is impressive and banks will continue to be part of this growth both as an infrastructure partner as well as a client of fintech providers. To make digital financial services future-proof and scalable there is a need for harmonised approach towards cybersecurity, money laundering but also creating an EU-wide framework for fintech experimentation. Regulators and policymakers will require collective input from the fintech industry, including both new and traditional players.”

Torben David is half of the two-strong Brussels team of Bitkom, Germany’s influential digital association, which has about 100 people in Berlin. David, who is Bitkom’s manager for EU public policy, tells #DisruptionBanking: “I do think there’s a ‘green pasture’ for the EFA in EU fintech policy. Sometimes you need a new lens on an existing topic to get your point across here in Brussels. Some of the fintechs have hired consultants [in Brussels] but fintech is not as significant in terms of visibility and footprint as it should be given the growing importance of the topic.”

So, which policy-makers can be expecting a few EFA meeting requests? Naturally, key figures in the Commission’s Directorate-General (DG) for Financial Stability, Financial Services and Capital Markets Union (‘DG Fisma’) are on the radar. Roberts mentions director-general John Berrigan, retail financial services head of unit Eric Ducoulombier and digital finance head of unit Jan Ceyssens (the latter has endorsed the EFA’s launch, saying: “Making Europe fit for the digital age is a key element of the EU recovery strategy. Now is the moment for fintechs to co-ordinate their voices across Europe.”)

The EFA also wants to get its messages across in the European Parliament, with other relevant institutions such as the Paris-headquartered EBA, as well with other associations with which it has policy crossover.

Although the Brussels summer shutdown looms, things are only going to get busier both for the EFA itself – there are, Roberts says, membership applications to process and, when possible, an event is planned – as well as the policy environment.

“About 16 or 17” policy consultations of relevance have been flagged on a list produced by FTI. “We are still in the beginning mode,” says Roberts. “We need to get into submitting to every consultation that affects fintech.”