A View To A Coffee #suisse 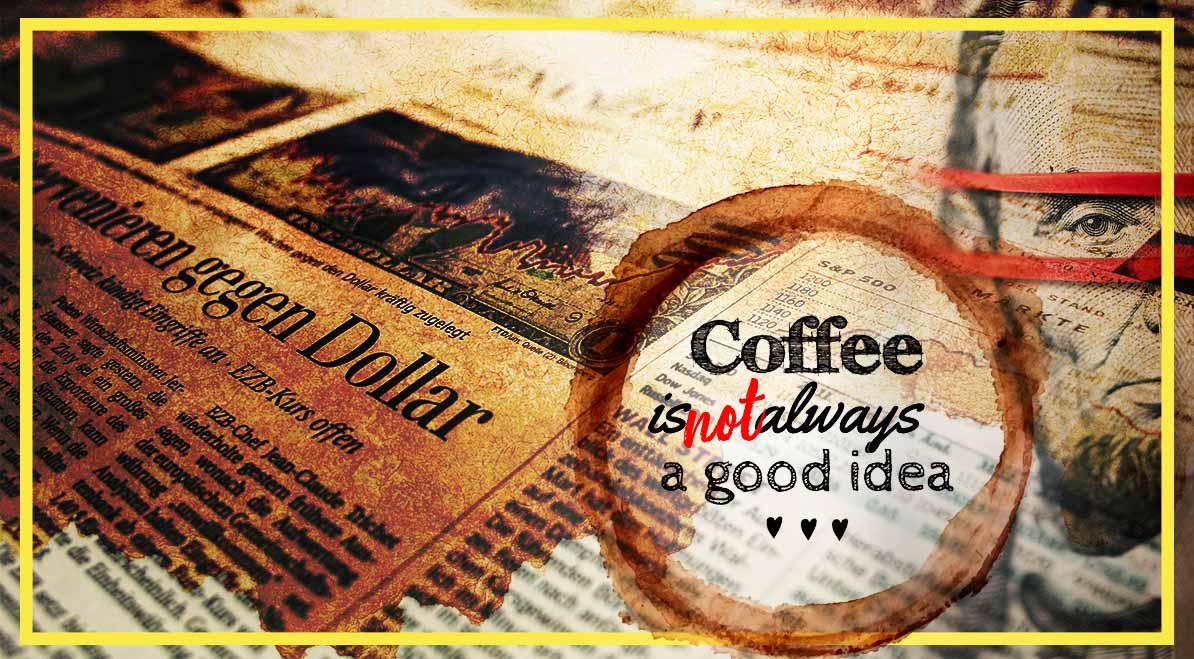 Switzerland is home to two internationally renowned Banks – UBS and Credit Suisse. UBS is the largest wealth manager in the world (according to the FT) with over $2.3 trillion in assets under management. Even though market volatility might lead to more activity by investors adding to the potential assets under management, the rest of 2020 will probably include the competition getting tougher. Rivals like JPMorgan, Bank of America, Morgan Stanley and Credit Suisse will all be looking to take part of the wealth management pie that UBS has developed so well over the years, or will they?

With Ralph Hamers of ING taking over at UBS from November 2020, there has been a fair bit of reshuffling when it comes to the Swiss banking giants recently. Having personally seen Ralph in action at last years’ Money2020 it does look like UBS have their recruitment policy heading in the right direction. I remember how good the coffee was at Money2020 too by the way:

And its’ not just Ralph who is a new starter, there is the small matter of Iqbal Khan joining the Wealth Management team from Credit Suisse. One of his first moves has been to get involved in an overhaul to raise margins by cutting 500 positions from the 23,000 strong wealth management business. What will Ralph’s first move be when he takes the helm? And what does all of this have to do with Coffee?

In 2019 there was a small story bubbling away behind the scenes at Credit Suisse, something again involving Iqbal Khan, who was, at the time heading up the Wealth Management division of Credit Suisse. Bloomberg covered this “spying” story in some detail and actually quoted David Herro, deputy chairman of the bank’s largest shareholder, Harris Associates, who said in an email: “I don’t have an issue with this as long as the reasoning is sound for using these tools, as was certainly the case in the Khan episode given his position.”

Apparently it all goes back to a cocktail party in Zurich in early 2019… No, still no coffee, but be patient. And, it involves Tidjane Thiam, the CEO of Credit Suisse at the time, who some say brought Credit Suisse back to profitability in 2018.

The story goes that Iqbal Khan allegedly bought a property next to his then CEO Tidjane Thiam and the two apparently fell out over the fact that Iqbal knocked his property down and caused a lot of “disruption” during the rebuilding. The underlying story may have been more related to Iqbal having career ambitions that Credit Suisse may not have been able to fulfil, but either way he later left to UBS. There remained concerns though, that he had a desire to recruit former Credit Suisse colleagues across structured trading, lending management and other functions, the FT reported.

One of the interesting things that Iqbal Khan is now doing at UBS, together with his co-head of wealth management Tom Naratil, is to expand the direct contact between investment banking and top wealth management clients. However, investment bankers are deal-oriented whereas private wealth managers are more relationship-focused. And these two types of bankers don’t always mix well. For a better understanding of this its’ worth returning to Credit Suisse to consider the investment banking part of the Bank and see how different that is from the trusted private banking structure that Iqbal was heading up.

Following the exit of Iqbal Khan, and in a different department of Credit Suisse, David Miller took over as head of Investment Banking and Capital Markets in November 2019. David is definitely a different type of banker to Iqbal and the two sets of priorities and divisions are very different from each other. With huge growth demands on David’s division to show results.

And, of course, like most Investment Bankers, Credit Suisse is also talking about China and opportunities related to both the Chinese market and Chinese companies opening up to the West.

In April of this year, Credit Suisse informed the markets that it had received approval from the China Securities Regulatory Commission (CSRC) to become a majority shareholder in its securities joint venture, Credit Suisse Founder Securities Limited (CSFS), marking a significant milestone in the bank’s China strategy. Indeed, Thomas Gottstein, the new CEO of Credit Suisse said: “As a leading global wealth manager with strong investment banking capabilities, one of our long-term goals is to make a meaningful contribution of China’s financial markets as the country continues to open up its domestic financial market.”

More recently Credit Suisse launched the Credit Suisse China Content Hub, offering clients in-house research reports, unique market insights and fresh investment ideas. Zhenyi Tang, CEO of China at Credit Suisse commented: “We hope that this one-stop source of rich China-focused content from our analysts, strategists and experts globally will help clients to better understand and navigate key trends and developments in the evolving China market, amid the coronavirus pandemic and beyond.” If any of our readers has access to this Hub it would be interesting to see what is written there about a certain coffee company we will come on to shortly.

David Miller has been busy with other global banking priorities as well, asking Tom Greenberg who co-heads the Credit Suisse’s oil and gas group, to lead the ESG (Environmental, Social and Governance) advisory group in April 2020, according to Reuters.

Perhaps, though, the leadership team at Credit Suisse have been getting used to the disruptions that have seemed to follow the bank over the last year or so. Indeed, Thomas Gottstein shares in an interview with Bloomberg that his time so far as CEO of Credit Suisse might be considered as a “baptism of fire” mainly due to the Coronavirus:

Bloomberg further press Thomas during the interview on a story that has been bubbling away on the Nasdaq since January 2020. A story that is probably quite disruptive for David Miller’s Capital Markets division of Credit Suisse and yes, again, seems to have something to do with China, and Coffee!

It is quite a story, the Luckin Coffee story.

Like a true Unicorn, and the UBER of Coffee shops by all accounts, Luckin Coffee went from Funding to IPO in less than 2 years with underwriting by Credit Suisse and Morgan Stanley. However, it then started to unfold that Charles Lu, Chairman of Luckin Coffee and his family were possibly personally involved in a virtual “cooking of the books” process. As a result and from an initial valuation in 2019, Luckin Coffee went from being valued at $12 billion to just under $1 billion more recently, and not because of the Virus.

Luckin Coffee shares debuted on the Nasdaq at $20 back in May 2019, reaching a peak of over $50 by mid-January this year, and then the below Tweet appeared on @muddywatersre feed and the rest, as they say, is history as is the share price of NASDAQ:LK which now hovers around $3:

As a follow-up to this story, Kate Linebaugh, Co-host of The Journal, The Wall Street Journal investigates the financial arrangements of Luckin Coffee. This, in turn, has had another knock-on effect on to Credit Suisse, as this type of story is going to be hard to explain if you are Luckin Coffee:

People in China only drank 2 Cups of Coffee a Year back in 2018, whilst their American compatriots drank 388 Cups a year. And while Starbucks sweeped through China, it seemed like an excellent business plan when someone suggested that the industry could be “UBER”-ized whilst making coffee cheaper than Starbucks for the growing middle class in China. There may be a theory that says that Tea is always going to be a bit more popular in China.

Muddy Waters goes further in a recent report pointing out irregularities in an NYSE listed company this time: GSX: US. GSX have a more convincing business plan, perhaps, than Luckin Coffee, but Muddy Waters doesn’t think so. An online tutorial and learning site in China, what on earth could go wrong with that type of investment? And which Swiss investment bank was behind it?

On May 28th Muddy Waters posted on its’ site regarding GSX’s reply to its’ report that “GSX’s responses since consist largely of drivel, designed to obfuscate and lie. We maintain our view that GSX is a massive fraud – i.e., it is a nearly empty box. Making GSX’s denials even more farcical is that it openly recruits engineers to help it run bot farms, which we show in this report.“

Regulating Chinese companies is going to be hard if Chinese stocks are listed on the US Stock Exchanges but not audited by Companies like EY, PwC, Deloitte, KPMG, etc… And then there is the market’s hunger for StartUps, many of them penniless but with great ideas… The UBER of Coffee may not have been Luckin Coffee, but a lot of people believed the over-hyped Soonicorn.

The US is stepping up though, with China, in fact, dissuading the US from changing current arrangements. There is a suggestion that as a result Chinese companies will be less interested in listing on US exchanges. Of course, the “Star” board on Shanghai’s exchange is the alternative, but Chinese firms seem to prefer US exchanges, for now.

Watch this space. And, perhaps investors desperation to pick up the next Unicorn shouldn’t fog their judgement. For sure, Credit Suisse and others will have to step up with new ideas in order to protect individual investors in the future. It is, after all, about wealth. Couple that with a bad coffee that misses the spot and perhaps a James Bond chase scene set in the Swiss Alps and it kind of sums up some of the challenges of capital markets and investment banks this year so far. Muddy Waters and Turbulent times by all accounts.

Back in November 2019 the team at #DisruptionBanking wrote a piece about Credit Suisse’s involvement in Fintech which we hope to follow up on in the next few months too: