Europe follows the herd of…. 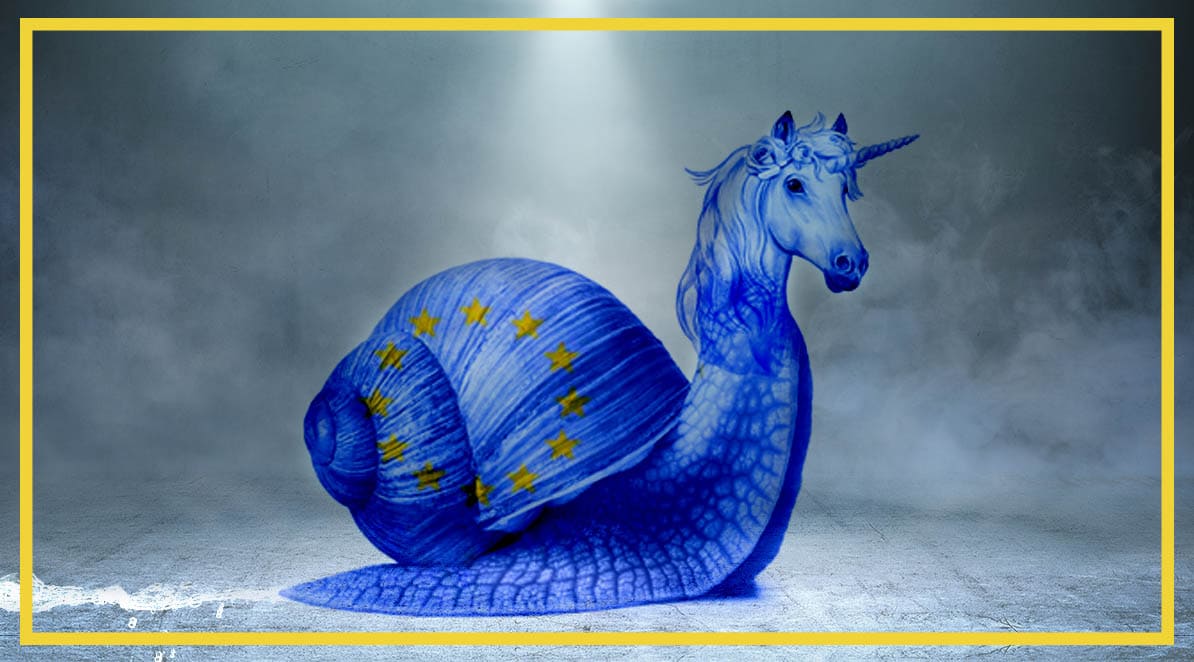 When attention starts to subside on the enormous economic stimulus – headline figure €750 billion – proposed yesterday by European Commission president, Ursula von der Leyen, focus will turn to the private-sector and which businesses will survive and thrive as economies seek to recover from coronavirus.

Europe badly wants more ‘unicorns’ – privately held start-ups with a value above $1 billion – and there has never been a moment of greater need for businesses to succeed.

It is against this grim economic backdrop that the European Innovation Council (EIC) will become a fully-fledged executive agency next year, after some years taxiing up the runway.

Currently in its ‘enhanced pilot’ phase (after an initial mere ‘pilot’) – although investments have already been made – the EIC’s task is to ‘support high-risk, high-impact ideas, turning science into new business and accelerating the scale-up of “game-changing” innovators shaping the future’. EU funding specialists have been watching developments closely as it prepares for take-off.

The EIC is just part of the EU’s sizeable innovation-funding apparatus, of course. Its stated remit is to create a flow of ‘investable projects’ for InvestEU, while there is also VentureEU and the ‘Escalar’ programme, among other funding routes, plus of course member states’ own programmes.

But what about the search for unicorns? Data produced by the Commission itself – in the pre-coronavirus world, of course – illustrates the scale of Europe’s challenge.

The EU is, it says, home to only 8% of the world’s €1bn start-ups, far below the US (home to almost 50 per cent of the world’s unicorns) and Asia.
Europe’s investment in private-sector R&D is less than one fifth of the global total (the share is shrinking due to the rise of other economies) and European start-ups often move to the US to tap into the resources there. The US apparently has a much larger pool of later-stage capital available to Start-ups than is the case in Europe. And all this is the Commission’s own data and analysis. The problem for Europe is less the starting-up (it’s not overly difficult to flop open a laptop in a WeWork): it’s the scaling-up.

Almost exactly one year ago, venture capitalist Hermann Hauser, a vice-chair of the EIC’s advisory board, told the Money20/20 conference in Amsterdam about the continent’s struggles relative to the US and China (see video from 07:30, with focus on the challenge of achieving ‘scale-ups’ at 20:08). Our Publisher, @digitalstartup5, was in attendance as media partner to #Money2020 and we got to experience how important the EU is to the Fintech ecosystem:

“It’s actually quite a sad affair,” he reflected.

As well as being self-acknowledged, Europe’s problem is also, naturally, widely analysed. The critiques just keep coming and even the CEOs of Europe’s already-big companies have waded in.

That said, headlines such as ‘Why Is Europe Crap At Tech?’ are arguably a little harsh. The European scene has its advocates and Europe’s start-ups certainly do become unicorns.

Johan Bjerkem, a policy analyst at the Brussels think-tank European Policy Centre, tells #DisruptionBanking: “Europe is caught between the US and the Chinese model for bringing about innovative start-ups and unicorns. Too few unicorns develop and scale-up in Europe, compared to China and the US. And often when they are born in Europe they often too rapidly bought or move out to get access to better funding. While the US model is based on public but also a lot of private money, the Chinese model is very different focusing on public funding and where the government effectively picks its industrial winners.”
On a practical level, Bjerkem says that despite EU programmes and Europe possessing a good ecosystem for innovators, it remains tricky in Europe to get the kind of funding that start-ups need to become unicorns. He says: “There doesn’t seem to be the level of investor and venture capital funding that you get in the US. Europe has actually a lot of start-ups but many go abroad, especially to the US, as they try to scale up.”
Bjerkem is positive about initiatives such as the EIC but says much will depend on the magnitude of funds that flow through the EIC and all the other institutional investment channels.

But back to those unicorns. There are, of course, plentiful other challenges: Europe remains a continent of different languages, cultures, attitudes to risk and – despite EU harmonisation – the ways that business is done across the continent.

Some have made the point that achieving unicorns – or, more specifically, the disruptive behaviours that are often their leitmotif and, even more fundamentally, their often loss-making reality – is not, per se, the most desirable end-goal (unicorn fatigue?).

For Europe, the consultancy firm McKinsey last autumn published a practical and positive series of suggestions on the route forward, in its words ‘focus[ing] on ways that Europe could seek to build on its strengths rather than trying to play catch-up, given that it is hindered by fragmentation and lack of scale’.

It is an understatement to say that geo-politics and coronavirus will buffet even the best-laid plans. The latter has understandably knocked the former down the news-list over the past 10 weeks, but global trade tensions continue to simmer and will potentially roar back to prominence as the pandemic hopefully recedes (though at least EU-Japan relations are OK).

At a regulatory level in Europe alone there are all sorts of measures coming down the track: Facebook’s Mark Zuckerberg’s ‘virtual’ chat last Monday with the EU’s Commissioner for the Internal Market, Thierry Breton, about internet governance and the planned new EU Digital Services Act was interesting. Talk of ‘technological sovereignty’ is increasing.
The Economist summed up how all these issues intermesh, and how this could play out, in an extensive article headlined ‘Exit unicorns, pursued by bears’ last month. The piece contended that many of the world’s ‘450 or so’ unicorns were ‘looking ropy’ even before coronavirus, which will ‘ravage the herd’.

But some in Europe are optimistic. A group called the European Tech Alliance held its AGM (virtually, of course) last week and concluded in buoyant mood, with president Gianpiero Lotito saying: “The Covid-19 emergency is an accelerator. I see a new beginning ahead of us in Europe. European tech champions, ecosystem builders and a network of Small Valleys all connected across Europe will play a major role to nurture the scale up of a thriving European tech industry for Europe to compete at global level after so many years as a follower.”

Competing is not necessarily leading, but Europe will hope that such bullish prophecy is on the money as the world moves beyond lockdown.