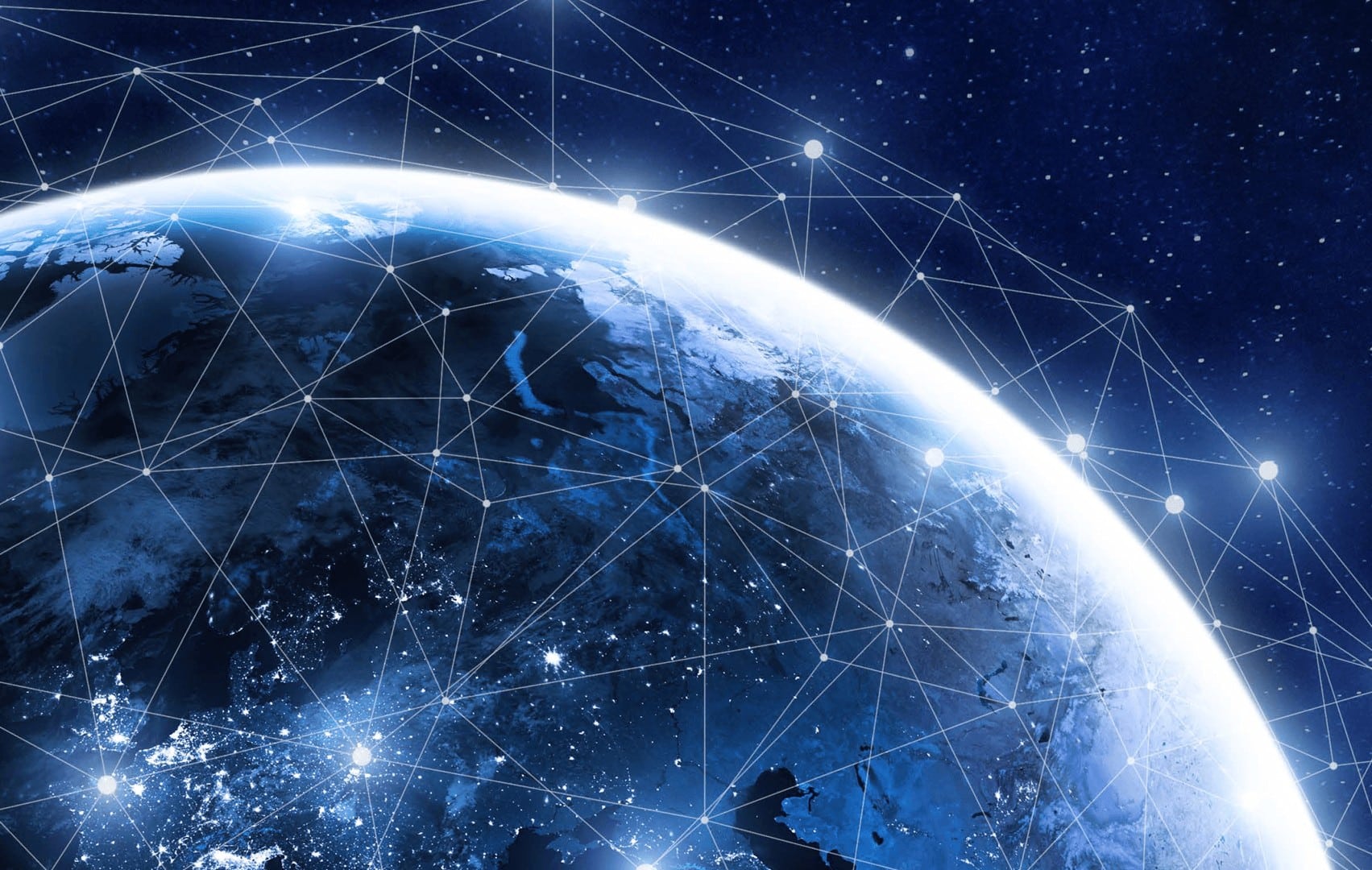 Coinfirm is the world’s leading provider of anti-money laundering (AML) risk assessment products and services, offering a variety of off-the-shelf and tailored AML products for companies and financial institutions operating in the cryptocurrency ecosystem. With clients ranging from global banks to cryptocurrency exchanges, Coinfirm has serviced five million AML reports to their clients, with over 770 million addresses analysed and 760 million transactions monitored in real time.

Co-founder and CMO Grant Blaisdell, recognised as one of the top influencers in the regtech and blockchain space, gives his insights on the future of cryptocurrencies, AML and blockchain technology.

Why is AML and its adoption in the cryptocurrency market so important?

When Coinfirm started, about three years ago, it was one of the few times that fanatical crypto people – almost anarchist types – and conservative, traditional financial people agreed. The hardcore crypto end felt, “AML for crypto, this was created not to have these processes”. The other said, “AML for crypto? Crypto was created as a money-laundering machine!”. Both were wrong, from different angles. We realised very early on that, to be mass adopted, you can’t ignore the world standards and practices.

The biggest roadblock would be compliance to regulations and, more specifically, anti-money laundering. But the AML system in the traditional space is broken – extremely expensive, inefficient and ineffective.

We said let’s address that roadblock and the realities of compliance overall to change to an automated, efficient solution, something unique that blockchain and cryptocurrency allows. Blockchain revolutionised the approach to AML. We realised that what we were trying to do was to be key to overall adoption, proving that with clients in the traditional and crypto spaces.

Among your services, where is the most growth coming from in the AML industry?

ICOs – we serviced over 70 in just nine months. But since the second quarter, going into the third quarter of this year, the market stats have dropped significantly. The money hasn’t reduced, rather the amount of ICOs.

Our model is based on the number of contributors to an ICO. The more ICOs, the more contributors, the better. Now we see fewer ICOs, fewer contributors, and more focus on the money.

In Europe, the fifth EU AML directive is the first one that names wallets and exchanges directly, meaning they will fall under the same purview as traditional payment processors, money transmitters, etc.

Other big growth areas are exchanges and stable coins. We work with one of the biggest banks globally in providing AML for their stable coin. More of these are coming, some creed, some asset backed, some pegged towards an asset, whether the dollar, gold etc. Others use algorithms and analysis to keep price stability.

Different entities are creating them – from major financial institutions to crypto individuals. They allow traditional investors to enter the market without directly interacting with crypto. In the future, we will have hundreds of millions using cryptocurrency without knowing.

What is needed for mainstream acceptance?

Functionality. How it works and does it? For instance, user experience on exchanges is bad, because the industry was built by tech people who didn’t much consider the front-end user experience and interface due to creating the back structure.

That is one, the other is legitimising blockchain and crypto spaces. When dealing with regulators or financial institutions we say, “You have worries around AML. We not only pacify that worry, but exceed standards and capabilities of the traditional system”. We want to communicate that the fear around crypto is inaccurate and that the true transparency and security of this system can be way beyond the traditional.

Coinfirm covers 70% of the market. What is needed to cover the remaining 30%?

Our build, products and approach is blockchain ‘agnostic’– having the technical capability to integrate any blockchain framework or structure.

Our AML platform is built on it, and we’re able to thrive because our platform has that approach as its core foundation. We cover Bitcoin, Ethereum, Dash and NEO. We will soon be integrating Bitcoin Cash, Litecoin, Ripple and Stellar.

We need to be incentivised. Pick out market wants and needs. Somebody says ‘EOS is really great, I’ve had clients transferring to EOS’, then we move. Then you have Monero, which you can’t properly analyse because it’s built to be a very opaque asset. Monero has
few controls, it’s a grey market.

Our goal is to legitimise the market and build transparency.

You recently launched your AMLT network into Africa, via Nigeria. Why that country specifically?

Nigeria all started with meeting the CEO and co-founder of the KAD ICT Hub. Supported by the Governor and private enterprises, we then co-created the first African blockchain lab.

We built an effective AML system with Coinfirm to discriminate on individuals, and remove ‘regional blanket high-risk approach’. Which is financial inclusion. A hot topic.

Everybody’s had a ‘Nigerian prince’ email or something like that. There is a whole economy built around it. This image hinders Nigeria, making it look high-risk and distrusted by business and investment.

Crypto brought a new element. We asked ourselves how we could address this, while providing something positive for us and also incentivising the Nigerian market.

Thus, we partnered with KAD ICT Hub to build first a mindset of how and why it’s important. An incentivised network is there, constantly looking at this and providing this data. For that, as network members, they’ll get our token back in return.

It’s a dual approach. The ICOs came to us because they couldn’t get banked. They needed an approved source of funds and reports. For example, take the Californian digital media, startup environment. Remember how the industry reacted to their first peer-to-peer revolution, file sharing? First it was arrogance: they can’t touch us, we’re big studios, record labels. Then it started eating their bottom line. Instead of trying to learn around it, they tried to kill it.

None of the largest sellers of digital, music and video are studios. Netflix and iTunes are Silicon Valley tech companies. The financial system responded better, and that’s what we’re doing with banks around the world. We’re more concerned about long-term results.

We use many different methodologies. Clustering and visual representation. We just demoed Veese, an easy web-based interface, where a click on an address opens up where everything’s going. We catch it all through various systems. All the connections. That’s what people forget about blockchain. On an immutable blockchain, we see it, connect it, and analyse better than the banking system can in their system.

They’re talking about the ETFs and there’s all this hype around that, or you hear ‘JP Morgan opens trading desk’. But NASDAQ’s been working around crypto for a while.

But many want to see Bitcoin offered through the major traditional routes, so that’s
another thing stable coins will help with providing – more retail and banks, and an easier-to-understand investment process for average people.

What personally got you interested in the blockchain? Was there a defining moment?

Everybody who is really passionate about this space has had their moment.

I’m from California’s startup scene and knew about Bitcoin early on. About 2012, I had my ‘moment’. I was building innovation around digital content, rights, distribution and monetisation models, and what always sat there was the ‘trusted’ third party. Take the YouTube situation. You have a centralised party that you’re providing information to, expecting it to be protected properly and transparently. But people need to keep their data safe as well.

I saw a huge opportunity in decentralising and making it more transparent and trustful – so if a content creator comes, registers content, and that content is registered to them through private keys, all revenue generated is seen transparently. Smart contracts give them their 70% cut – it’s all there.

Why do banks have value, or why are they trusted? It’s because you’re putting the responsibility on them to keep your money and business safe. With the crypto space, in its purest form, you’ve accepted that yourself.